Showing posts from June, 2015
Show all

In the Hot Springs of Beitou 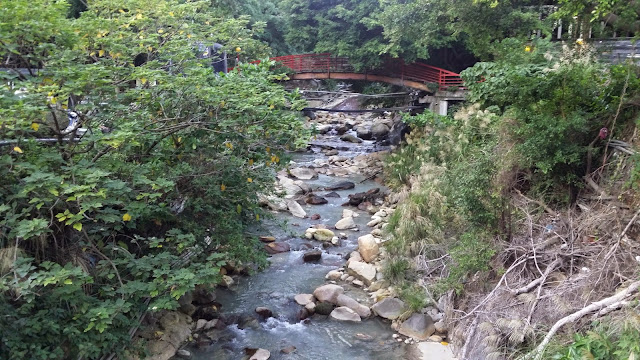 Mostly known for its night markets , the supertall Taipei 101 , and for one of the biggest Chinese art museums in the world, Taipei has another attraction that visitors must experience - the hot springs. Located in the northern part of the city, Beitou is mountainous and is criss-crossed by rivers and creeks, often enveloped by steam caused by geothermal warming. The name Beitou originally means 'witch,' probably an oblique reference to the steam rising in the valley - like that of a witch's cauldron.  During the Japanese occupation, the area was developed into a resort town, with inns equipped with hot mineral baths were constructed, much like the onsen in Japan . During my weekend visit to Taipei I swung by the hot spring resorts at the end of the day, as a way to relax after a whole day of exploring the urban side of the city. The area where I went to is called Xingyi Road. Navigating to the area was a bit challenging at first as most of the road s
Post a Comment
Read more
More posts