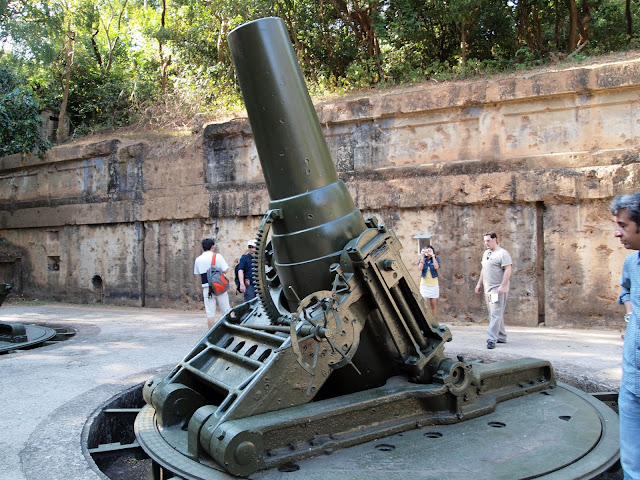 One of the 12-inch mortars that survived the Japanese invasion during World War II, in the fortress island of Corregidor, Philippines.

The island, also known as The Rock, is located about 48 kilometers from Manila. It is part of the harbor defenses of Manila Bay during the war protecting the capital. There were 23 batteries of cannons and mortars in the island. This particular installation is called Battery Way, composed of 4 12-inch mortars.