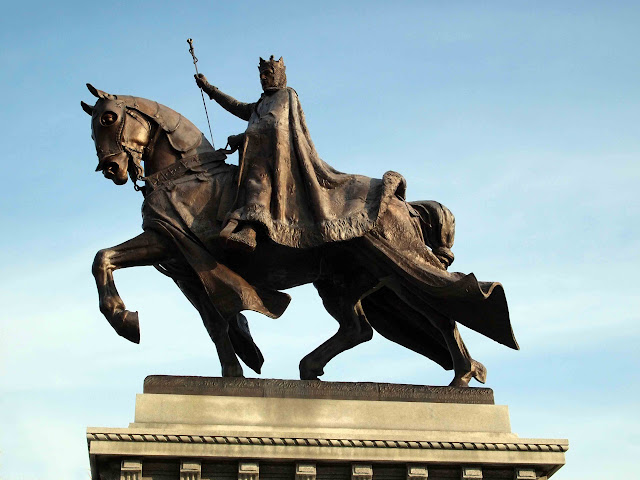 The bronze statue of King Louis IX of France was designed by Charles Henry Niehaus. It was created for the 1904 World's Fair, which was held in Forest Park, St. Louis.