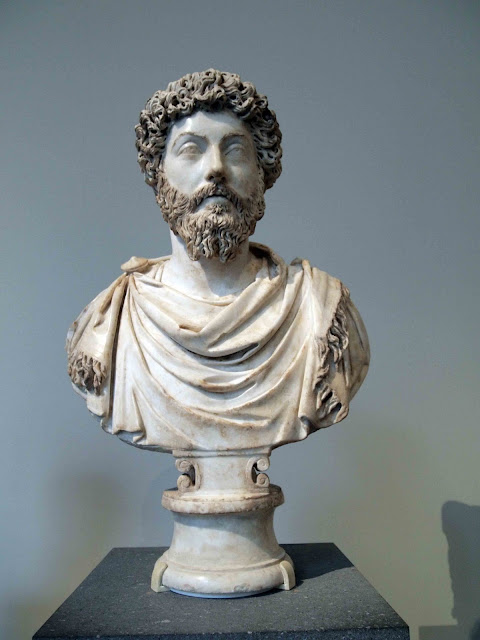 The bust of Emperor Marcus Aurelius, the Roman emperor from 161 to 180 AD. He is considered one of the Five Good Emperors, and is considered to epitomized the concept of "philosopher-king" as leaders. He also had a cameo role in Ridley Scott's Gladiator.

The bust was found in an imperial villa at Acqua Traversa near Rome in 1674, and was purchased by Musee de Louvre in 1807. This bust was on loan to the Met Museum.