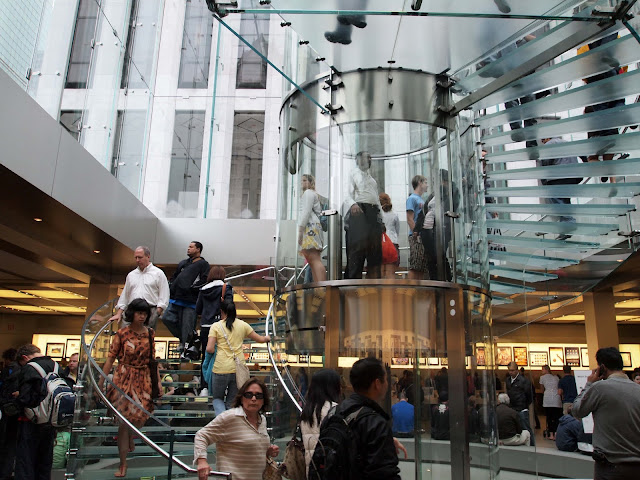 The interior and the glass staircase of Apple's flagship store in Fifth Avenue, New York