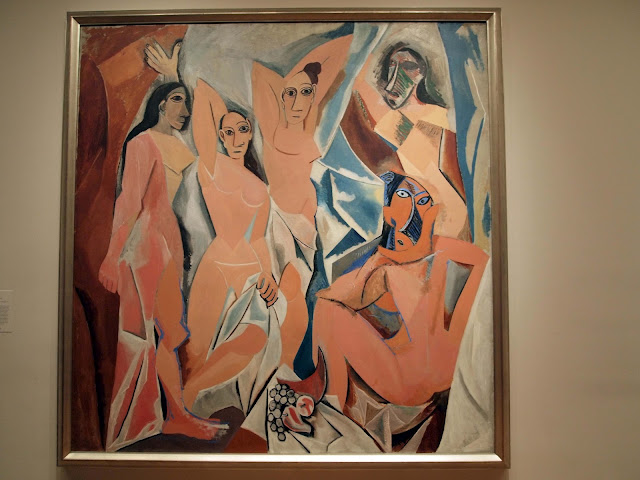 The painting, the subjects of which were five nude prostitutes of a brothel in Barcelona, was initially regarded as scandalous and was only exhibited in 1916. It is considered to be "seminal to the development of cubism and modern art." [1]