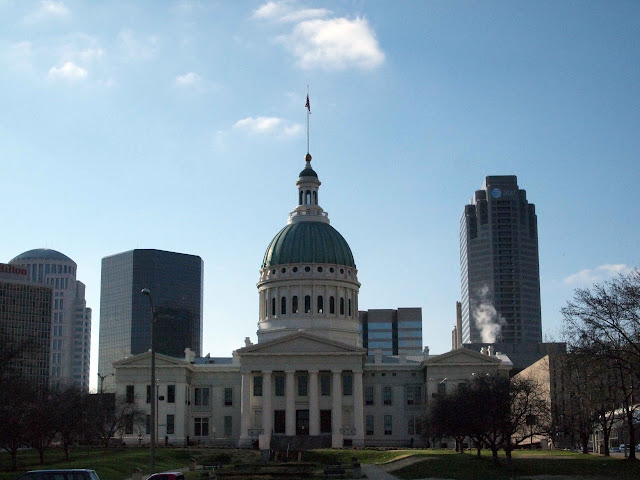 The Old St. Louis County Courthouse was completed in 1864. The Greek revival style building was the venue of some famous cases in the United States, including the infamous Dred Scott case. Scott was a slave that sued for his freedom, but which the Supreme Court later ruled that he cannot sue because he was a private property and by law, is only considered as 3/5 human for the purpose of congressional representation.