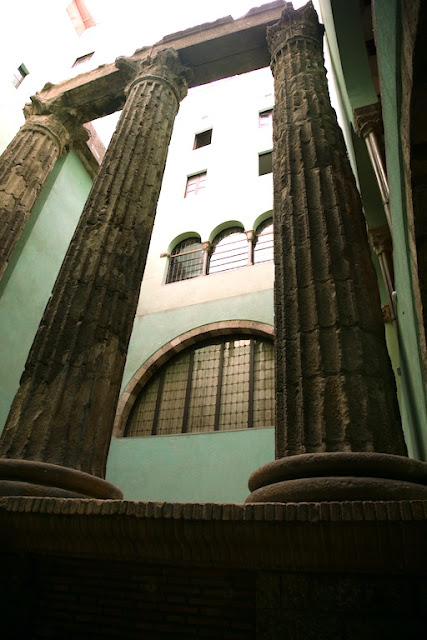 Old columns on a new structure? They look like they're in the wrong place at the wrong time.