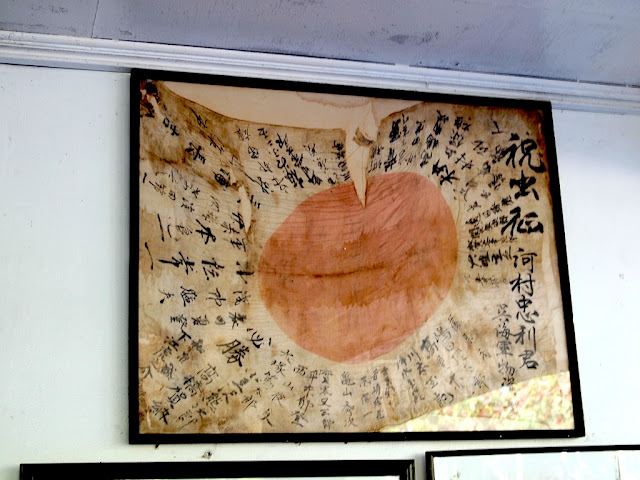 This Japanese flag, written with names and last words, served as a suidice note for a kamikaze pilot that went down in Corregidor Island during the Second World War.

It is on display at the Japanese Garden of Peace, in Corregidor. The memorial was a long-forgotten Japanese cemetery, until it was re-discovered in the 1950s. The bodies were exhumed and sent back to Japan in 1985.
Corregidor flags Japan kamikaze military history World War II