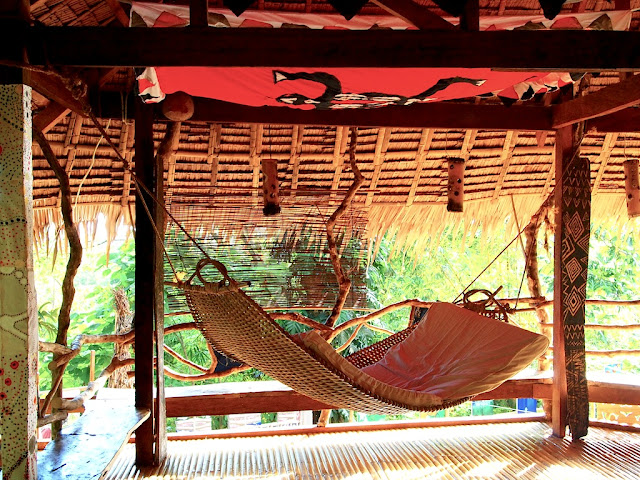 Nothing evokes "tropical living" more than lazing out on a rattan hammock in a thatch hut in an island, with sunlight streaming through the bamboo slat blinds warming your face.