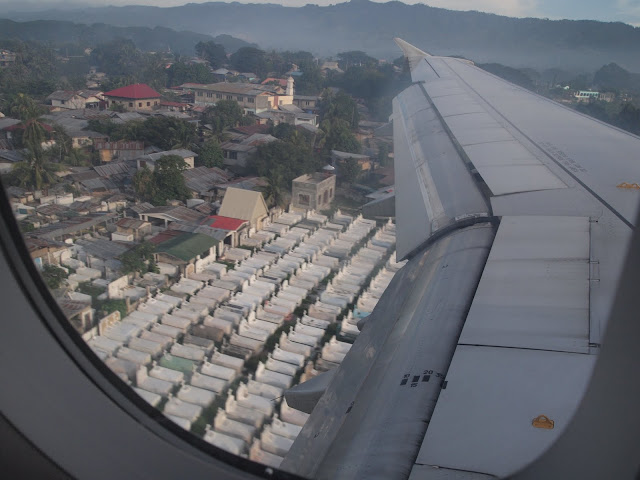 This view right before you land in Zamboanga International Airport in Zamboanga City will surely remind you of your mortality and spook you more if you have a fear of flying: a cemetery right next to the runway.
Cebu Pacific Air Philippines windowseat view Zamboanga City