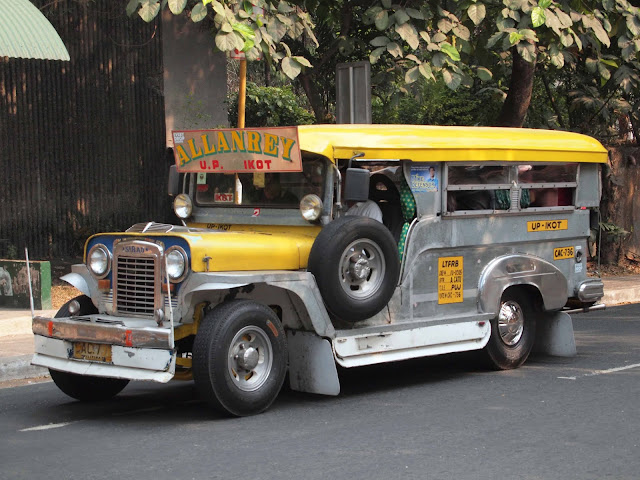 The jeepney - considered the King of the Road in the Philippines - is the main mode of transportation in the country. The ubiquitous vehicles were once based on the military jeeps left behind during the Second World War, but are now mostly made locally and fitted with Japanese engines.

Passengers are seated in bench-type seats facing each other, and fares are handed to the driver by one passenger to another. You signal your intention to alight by shouting "para!" to the driver.
jeepney modes of transportation Philippine culture Philippines