After an 11-hour train ride aboard the Bicol Express to Naga City, a 50-km bus ride to San Jose, a tricycle ride to the jetty, 3 hours on a banca to the town of Caramoan, another jeepney ride, then one more hour aboard an outrigger, these are the views that were rewarded to us: islands with white, pristine beaches amid karst formations that jute out of an azure sea. 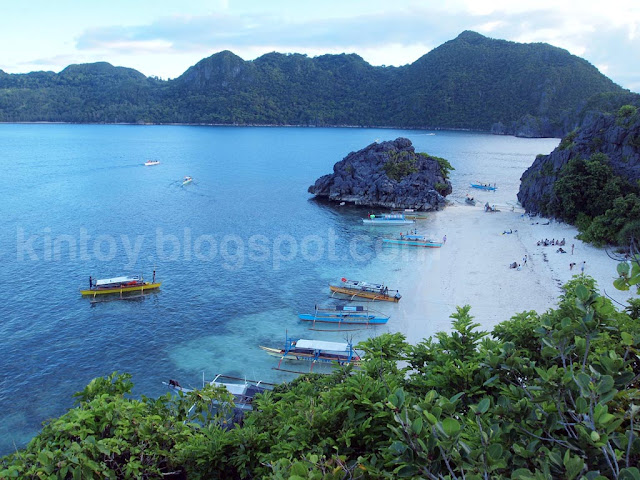 Caramoan is a town located in a peninsula in the Bicol region, south of Manila. It became famous when the producers of the reality show Survivor USA pick the islands around the town to be the location for the shoot. 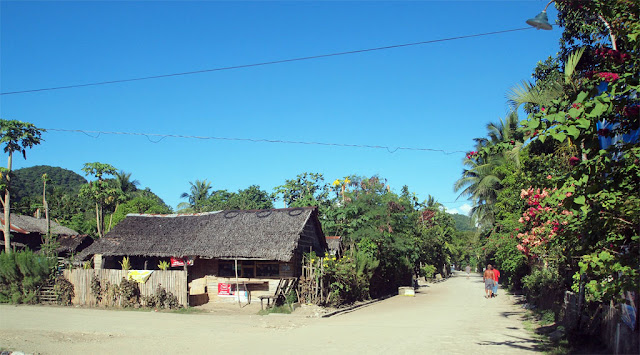 Despite its claim to fame, Caramoan is still a sleepy fishing town, with a dearth of hotels and tourist facilities (which is a good thing). When me and my friends decided to go to the town, we didn't have a clue on where to stay; what we have is just a vague set of instructions on how to get there. Luckily for us, we were able to chat with a group of tourists from Manila who introduced us to their guide, who then set us up with accommodations, boat rentals and guides. Since there aren't so many hotels in the town, we were billeted to a home of a local who rents out rooms to tourists. This was my first time to do a home stay. We take our meals in a restaurant that serve home-cooked, authentic Bikolano dishes, like bicol express and kinunot (minced manta rays cooked in coconut milk, moringa and spices). It was as authentic as it gets. 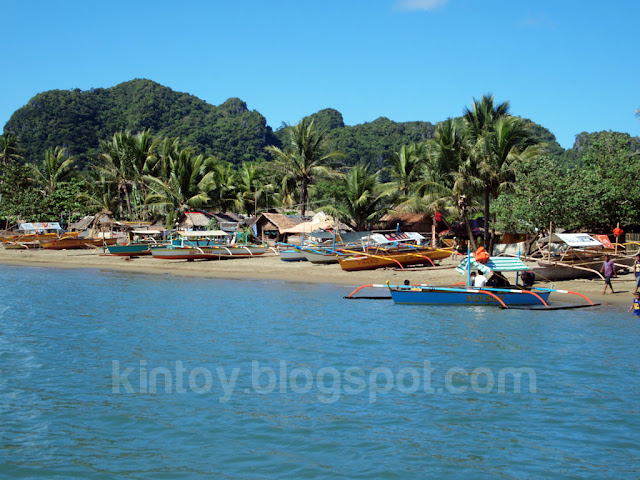 Just a few hours after arriving we met up with our guide (who is also the one who drives the motorized banca), who took us to a small group of islands located at the eastern side of the town. These islands are the main location of the Survivor USA shoot. In fact, many of the islands there were off-limits to the public, so we contented ourselves of admiring them at a distance. That does not mean that there aren't any left. One island that we've been too has a cliff overlooking the cove, and opposite it is a lagoon that houses a 3-foot long milkfish that apparently got marooned there many years ago. It was difficult to climb to the top of the cliff because of the sharp rocks and the almost vertical incline, but it was worth it. The view (second pic from top) was simply stunning. 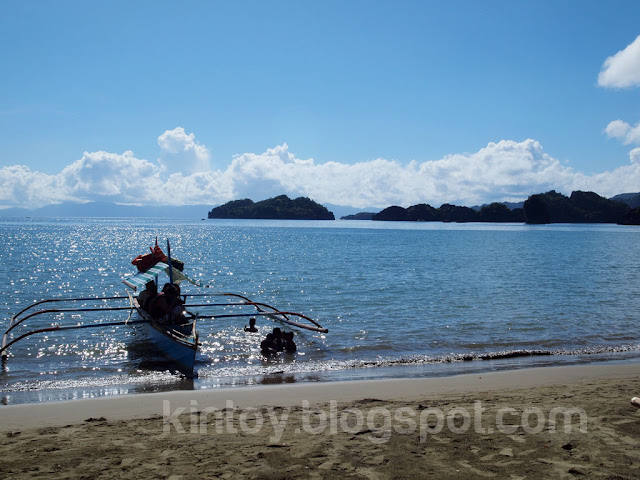 Our second day was spent traipsing from one island to another aboard our motorired outrigger. One of the islands that we visited has swarms of stingless jellyfish swimming around; you can hold them in your hand without getting nasty welts later on.

Lunch was taken in another island with a long white sand beach and nipa huts built along a small clearing. We feasted on crabs, pork adobo, and salted eggs and tomato, and washed them down with fresh young coconut water. We then worked on our tan by frolicking on the beach and taking a dip at the blue sea. 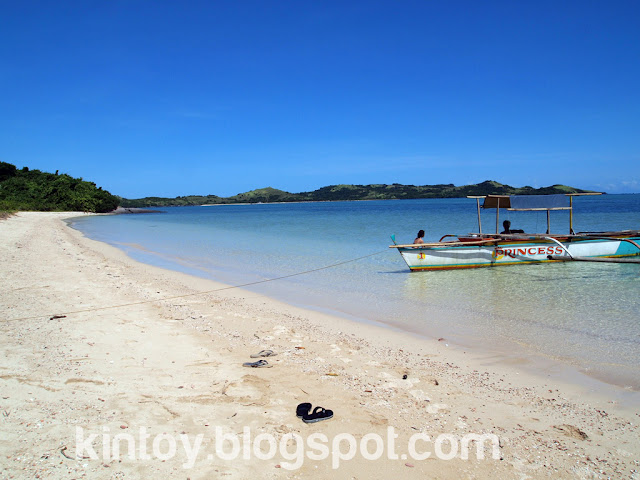 We visited a few more islands that are as unique as the other: the one with a mangrove forest on it;  the one with a mile-long sand bar and floating cottages (but we did not see the sandbar as it was high tide); a few with private beaches on them; and another one where we got shooed away by guards in speedboats - the island was apparently another location for the TV show and is off-limits to visitors.

We also did a bit of snorkeling. Some of the reefs show a bit of leaching, but we've seen that some have started growing corals again. I had fun diving into the water and gathering horned starfishes from the reefs.

The village where we are has a no-karaoke-after-10:30pm policy, a brilliant ordinance that should be emulated in every town in the country, so the nights were spent low-key - with  just a bottle of San Miguel or two at the restaurant, a chat, and a walk along the main street while enjoying sight of Milky Way in the black, clear skies. Reception from the cell sites are also spotty (no Globe signal from that part of the town), so no Facebook and Twitter either. Three days  in a place like that - with home-cooked meals, nice white beaches, clear skies and fresh air, and the most picturesque view at this side of the country - can do wonders to jaded city slickers like us. 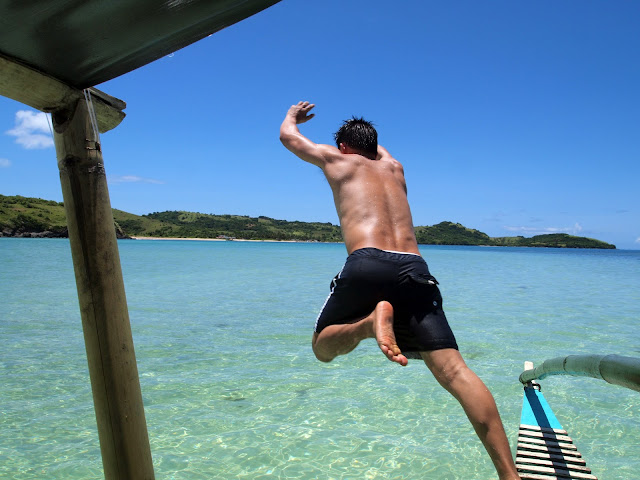 How to Get There: Take a bus or train to Naga City from Manila (or plane, either to Naga airport or Legazpi City), then another bus to San Jose. From San Jose, take a jeepney or tricycle to the jetty where you can take a 2-hour boat ride to Caramoan town. The land route to Caramoan is not recommended. You may also take a ro-ro to Caramoan from Sagnay port. If you need a guide and accomodations, contact Rodel (+63.912.687.1654). He can arrange everything, from transportation, home-stays, food and banca rental. We paid PhP 2500 per person for 2 nights 3 days all in, including food, banca, room rental, and transport to/from the pier.

pics, from top: a panorama shot of a beach; overlooking the limestone cliffs; the sleepy fishing village; the islands where they are shooting Survivor USA; a motorized banca on a beach; me jumping into the clear, blue waters of Caramoan. [republished from kintoy.blogspot.com]