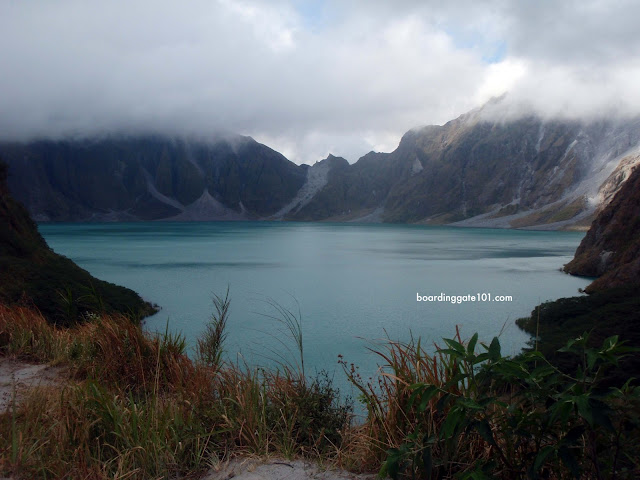 It was still dark when we arrived at Capas Junction in Capas, Tarlac to meet our guide and driver who will guide us to Mt. Pinatubo, the olcano that erupted in 1991. The eruption was reputed to be the most violent in the 20th century, reducing its elevation from 1,745 meters to the current 1,486 meters. 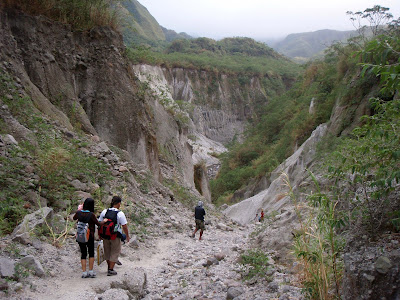 Our group, composed of friends from the university, arrived early, about five in the morning after an hour and a half bus ride from Cubao. We set off after registering at the local tourism office, embarking in a 40-minute off-road vehicle ride through lahar-inundated fields and rivers.


The place that we are going to visit is the crater lake that formed when the volcano blew a large part of it summit in the 1991 eruption, forming a huge crater that later was filled with water to form a lake. The deepest part of the lake is 500 feet. 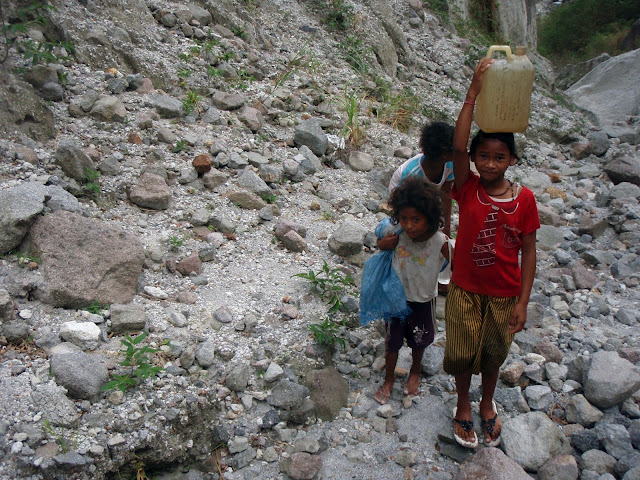 The trek to the crater lake is not very difficult, although the sky was overcast when we started out and there was a drizzle when we were halfway through. We met several Aeta kids on our way up, as well as a platoon of bored soldiers guarding the trail, armed to the teeth with Armalites but with only packets of smoke to pass the time. 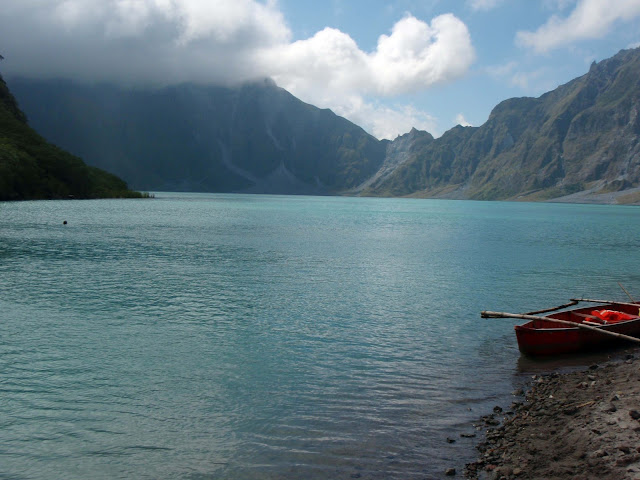 The view of the crater lake is magnificent. The water is aquamarine with milky sheen on it, amid the backdrop of ash-encrusted cliffs that border the caldera. Though it was fresh water, it has a hint of sulfur, which is said to be therapeutic. The water is cold too, but it's worth it to take a dip. Visitors can rent a boat there to explore the lake further but the caretaker at the camp should be informed beforehand.

We swam some more after having brunch, and we left just around noon, when more tourists arrive to see the place. 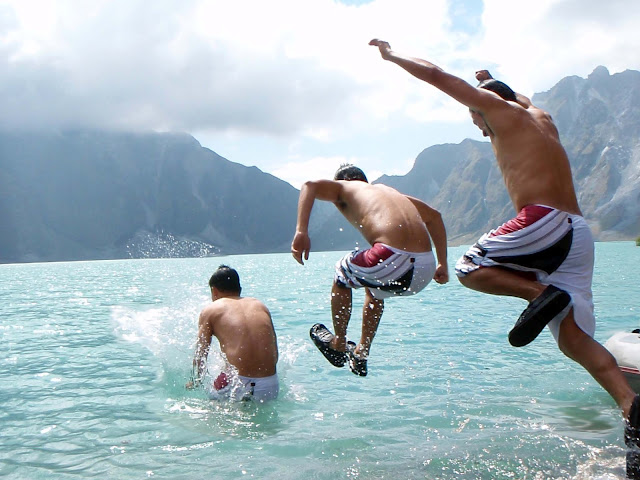 How to get there:
You need to get to Capas, Tarlac (get a bus from Cubao, and get off at Capas Junction; fare is around PhP200 each way). Offroad 4x4 vehicle can be rented for around 4,000 pesos/day, and a guide for 500 pesos/trip. The trek can be done within a day; you may start descending down after lunch time, and you can catch a bus back to Manila by afternoon. 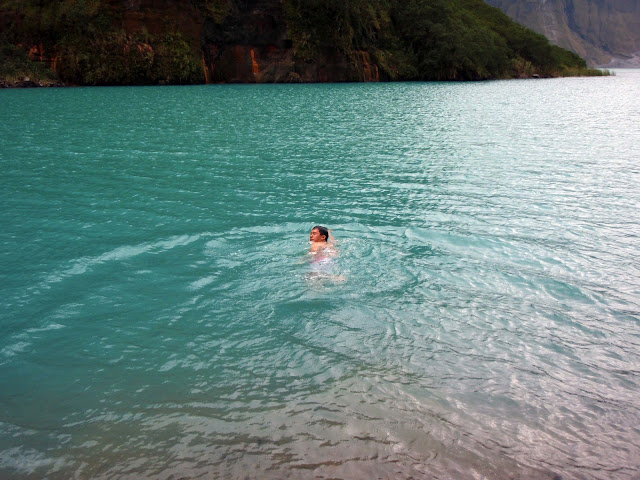 For safety, it is best to avoid climbing up the volcano during the rainy/typhoon season, as flashfloods might occur.

Also, don't forget to bring water and pack lunch, as there are no stores and even hawkers on the site. If you want to rent a boat, you will have to do it while in the tourism office.