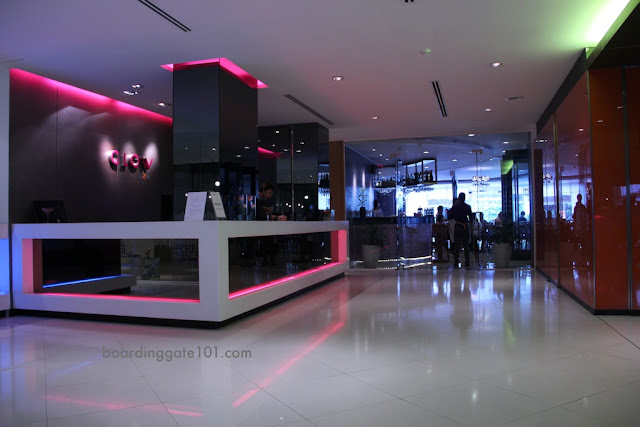 Usually I stay in hostels when I visit Bangkok. During the food tour I deviated from that and stayed in a hotel this time (included in the tour). The hotel where we stayed is Glow Trinity Silom by Zinc, located in downtown Bangkok, in Silom area. It is right in the middle of all the action, but the hotel is located in one of the side streets of Silom, so you'd be far from the noise of the Bangkok traffic. 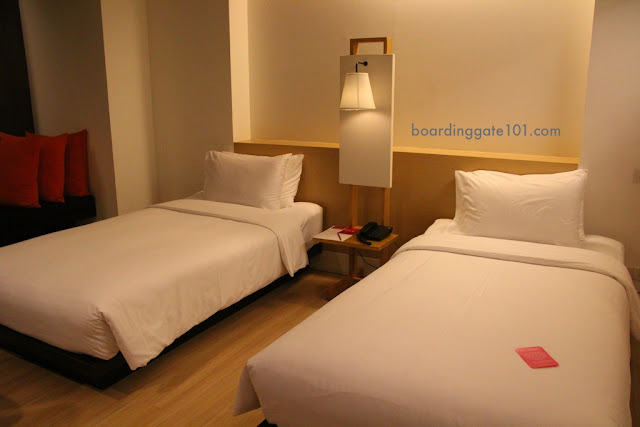 Glow Trinity is a small boutique hotel just a stone's throw from the Chong Nonsi station of the BTS Skytrain. It has about 200 rooms, divided into 4 types: Superior, Deluxe, Premier and Executive Suite. We stayed in a deluxe room with 2 twin beds. 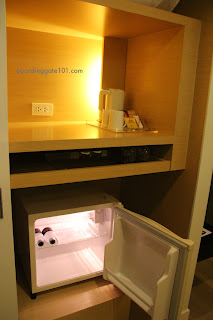 The room has a tasteful contemporary decor. It has an LCD television and a DVD/CD player, as well as an iPod/iPhone docking station. You may borrow DVDs from the concierge if there's nothing on cable that catches your fancy.

WiFi connectivity is also available and for free. 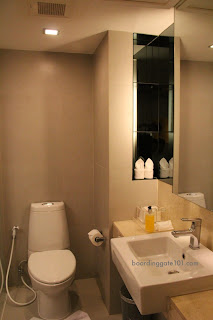 There is a mini-refrigerator, as well as complimentary coffee, tea and bottled water. There is ample space for your clothes and luggage in the closet, which also has an electronic in-room safe for your valuables.

The temperature can be controlled to your preference and the shower has an in-shower thermostat to better control the water temperature. Toiletries are provided too.

Glow Trinity has 2 restaurants: The Foodie and Peony Tea Lounge. I've only eaten in The Foodie, during breakfast. The food served are most continental fare, but you can order Thai and other international cuisine as well.

Facilities
There is a gym across the street from the hotel, still part of the Trinity complex, but I did not have the time to hit the gym and lift weights when I was there. There's also a pool, a jogging track and a sauna. You may also order a massage or an aromatherapy session in the complex.

Location
The hotel is at 150 Silom Soi 3, Silom Road. It is about 50 meters away from the Chong Nonsi BTS Skytrain station.

The hotel was undergoing a renovation while we were there, so the noise was a bit disconcerting. The elevator cars are also tiny and would only fit it 4-5 people at a time.