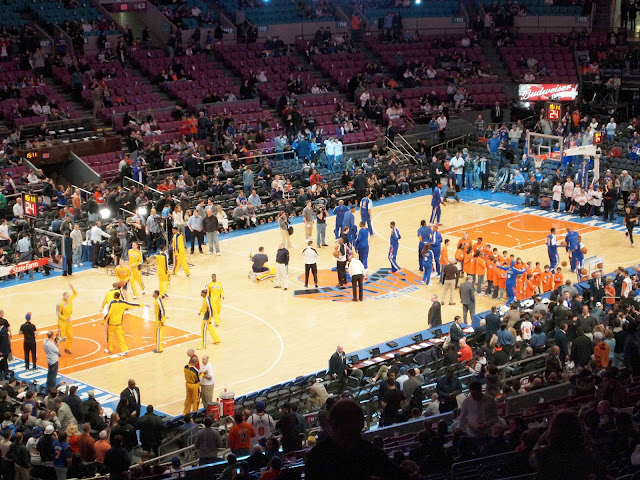 I went to my first NBA game at the Madison Square Garden, in New York, the second time I visited the city. The local team, New York Knicks, is hosting the Indiana Pacers. There has been a buzz of sorts for the team lately, as it added a new players -- Amare Stoudemaire and Carmelo Anthony -- to its ranks. 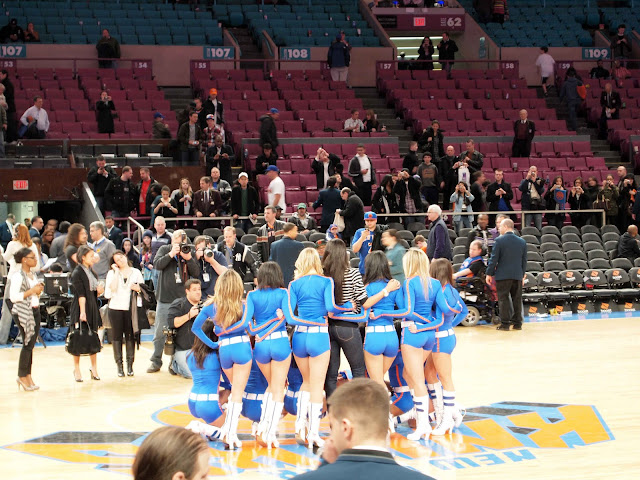 I've planned from the outset to watch an NBA game when I decided to go to New York as a side trip to my business trip to St. Louis. I purchased a ticket online and picked it up on the International Will Call kiosk inside the stadium. Sixty-five dollars got me a seat up there in the bleachers, but the vantage point is good enough for me. 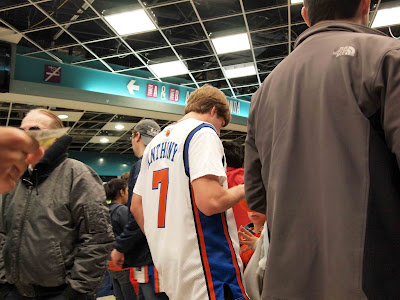 I went to the stadium early, about 4:30 in the afternoon (the game started at 6pm) but the timing is perfect, as there was a large crowd and the venue was almost full. The energy inside MSG when play started is electrifying; the crowd, the In-between game gimmicks, and the cheering squad all contribute to the atmosphere.

I'm an LA Lakers fan but I cheered for the Knicks, since I'm in New York anyways. 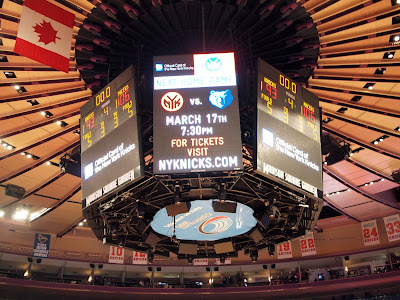 But as the game wore on, which is sub-par at best,it's hard to keep the enthusiasm, considering tier performance. Fans started booing the home team. Losing by more than 10 points, many actually left 2 minutes before the final buzzer.

Despite the poor performance of team, I am not disappointed with the experience, and I'm looking forward to see other teams in the NBA, especially the Lakers, play. 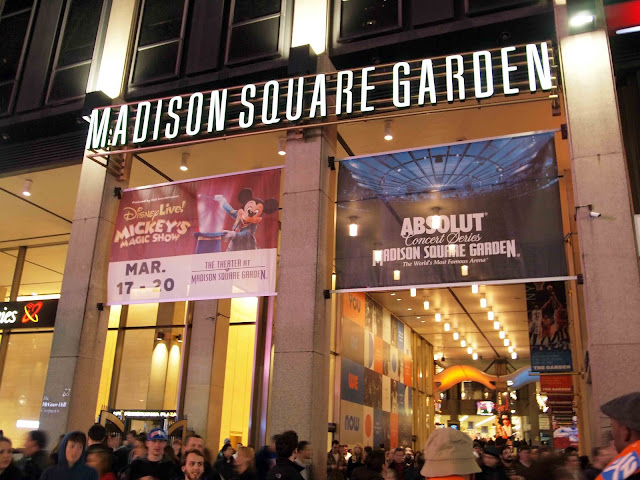 Originally on kintoy.blogspot.com. By Kin Enriquez