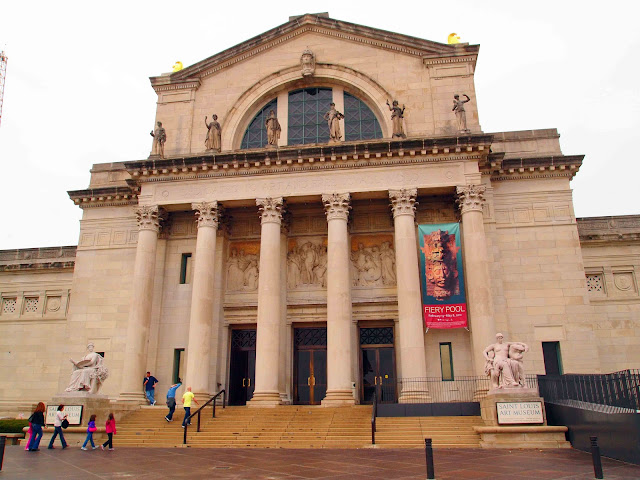 The St. Louis Art Museum is one of the premier museums in St. Louis. Located in Forest Part, the venue of the 1904 World's Fair, the museum curates art from antiquities to the present. It has an extensive collection spanning different cultures and time periods, including artifacts from Mesoamerica, Egyptian mummies, medieval weapons, Asian art, and several Renaissance paintings by Matisse, Gaugin, Picasso and Van Gogh.

The museum also features revolving exhibits. The last time I went there I was able to see the exhibit about Mayan culture called Fiery Pool.


The building where the collection is housed - called Palace of the Fine Arts - was built in 1904 for the fair. Outside was the statue called Apotheosis of St.Louis, which was a symbol of the city until recently.

Photography is generally allowed in the main exhibit areas, except in some of the revolving exhibits.

How to get there: take the Metrolink train and get off Forest Park station. Go through Balleviere Avenue and cross Lindell Boulevard, walk till you reach Lagoon Drive, then continue to Fine Arts Drive. 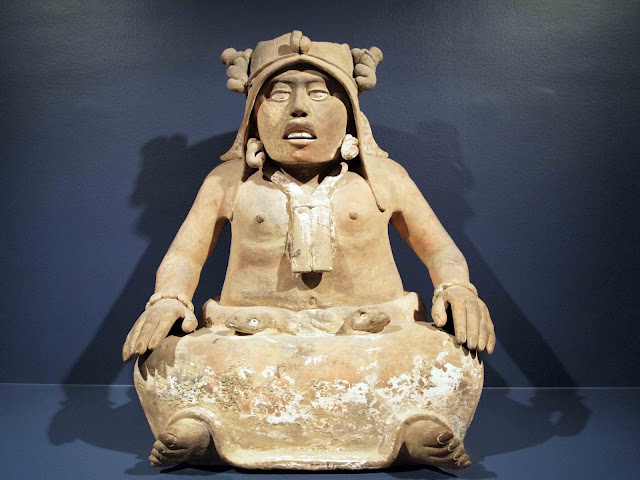 Useful info:
Entrance to the museum is free, except for some special exhibits. It is open from Tuesday to Sunday, 10am to 5pm, but up to 9pm on Fridays. It is closed on Mondays, Christmas, and Thanksgiving.