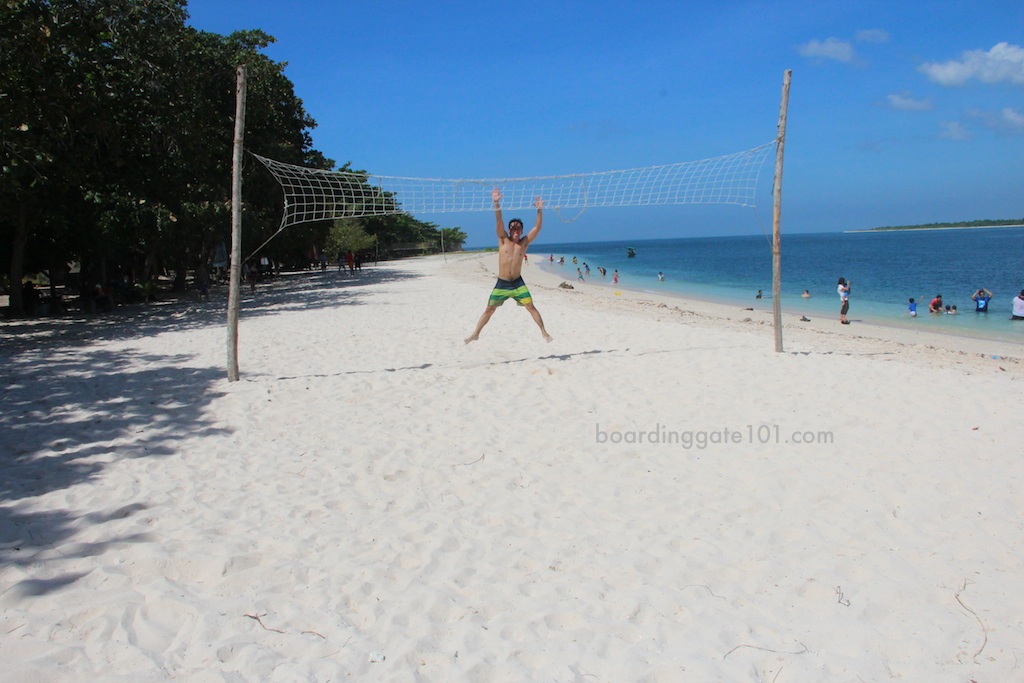 When I flew home to Zamboanga City for the holidays I thought I am done taking trips for the year, but good thing that I did not do a year-ender yet by then as I managed to sneak in two more: a day trip to Isabela, Basilan to visit some relatives, and a day of beach bumming in the Great Sta. Cruz island.

Great Sta. Cruz island (and its smaller sibling, Little Sta. Cruz Island) is one of the places that take for granted visiting because it is just nearby. The last time I went to the island was in the 1990s, together with some classmates of mine; this time it was me and my family.

The islands are located just across Basilan Strait, about 15 minutes by motorboat from the city.

The islands are unique, as they have the only pink sand beach in the whole   Philippines. What gives the beach its pink color is the combination of white sand and the crushed organ pipe coral that were pulverized by the waves over the millennia.

The island are now part of 1,877-hectare protected marine park, as destructive fishing methods in the past have wreck havoc to the corals. There are still some left, and scuba diving trips are still being done on the reefs, especially in the smaller island.

We set out early, arriving at the berthing area around six in the morning. We were first to arrive, and after signing in and paying our entrance fees, boarded a small motorboat for the island. As a security precaution each boat has its own police escort, armed to the teeth with an Armalite. The police would accompany the boat both going in and going back from the island.

Since we were the first to arrive in the island we get to pick our choice cottage; we picked the one shaded by talisay trees. Shortly after we arrived a Samal fisherman approached to sell us freshly (still alive-fresh) caught fish, squids and crabs that they would also cook for free. The prices were actually cheap, and to also support the local economy, we bought a net-ful of crabs and three large squids that they grilled for us.

The island does not have any accommodations, so all visitors have to go back by 5 p.m. The city government has managed to improve and put in place some facilities, such as pits for grilling, hammocks, different sizes of cottages for rent, two volleyball nets on the beach, and toilets for the visitors. It also improved the transportation going to the island, and have trained the staff to be helpful to the visitors. Right after lunch my nephew turned out to be allergic to crab, and the staff (kudos to Richard) volunteered to sail back to the city to buy the anti-histamine, at no charge for us. After the mini-disaster was averted we continued enjoying the beach, and set out to Zamboanga City just after noon. 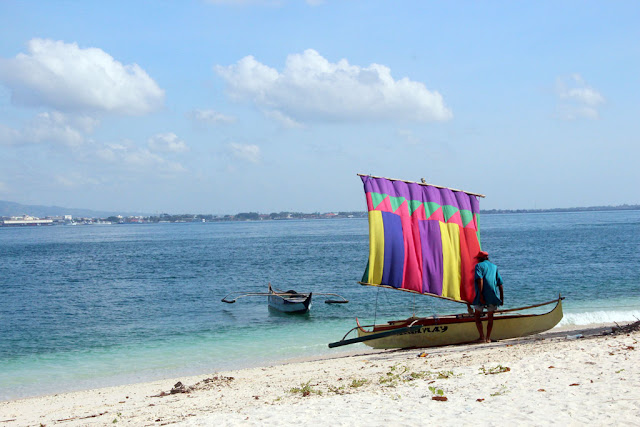 How to Get There:
Transportation to Sta. Cruz Island is by motorboard board, berthed at a small pier near Paseo del Mar, a park in Valderoza St. Hiring a boat, which can seat up to 10 people, costs PhP1000. The tourism office also charges PhP 25 per person for entrance. The cottages are priced according to size, the smallest one can be rented for PhP100.

If you want to scuba dive in Little Sta. Cruz island, you may contact R&R Adventures (disclosure: my cousin owns this one)