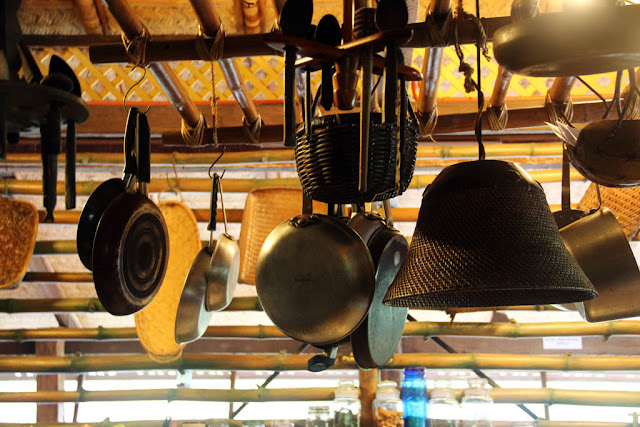 Located near Mt. Arayat, an extinct volcano in the plains of Magalang town in Pampanga, is Abe's Farm, a countryside resort founded by journalist-turned restauranteur Larry Cruz. Cruz also manages the popular Cafe Havana and Cafe Adriatico restaurants. Me and my friends went there recently, staying overnight  before going on an ultralight flying adventure the following noon. 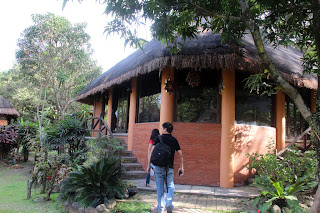 Rooms & Amenities
The four-hectare resort is composed of a main house, where the dining area is, several huts, a swimming pool, and a museum.

The thatch-roofed huts were built mostly with local materials, such as bamboo and hardwoods, and decorated with native crafts made from drift wood, rattan and capiz shells. The rooms were all air-conditioned.

There were also three smaller one-floor huts, built like a native Ifugao dwelling called ulog, available for accommodations. The ulogs can accommodate up to two persons each, while the house the we got, which has a loft-type room, can fit in up to eight people. There's also a hut that serves as the spa, with three beds ready to receive those who wanted some pampering. 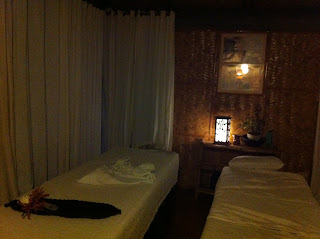 We arrived at the resort early in the afternoon, after a few hours drive from Manila. There weren't many people at the resort when we arrived, and after checking in (we were given welcome drinks), we settled in our room, and I took a brief nap. Refreshed, I then went to the spa, where I got an hour-long massage to soothe my tired muscles. You can choose either Swedish or shiatsu, and I chose the former. You can also get scrubs and facials in the spa, if you want to. 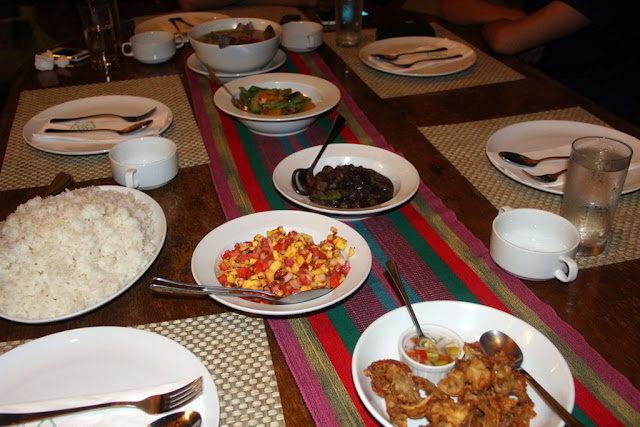 Dining
It was already evening when the massage was done, and I was already famished. The food is typical Kapampangan fare. If you have dined in any Abe's restaurants in the metro then you'd be familiar with the dishes served, such as sisig (sauteed pork jowl), pinakbet (vegetables simmered in shrimp paste), sinigang (fish in sour broth), and even sauteed farm crickets. We also had turon, bananas and jackfruit wrapped in spring roll, for dessert. 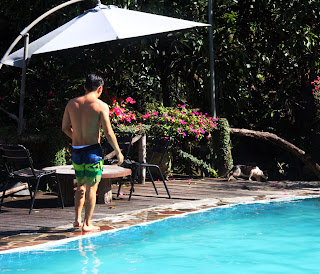 After dinner we went back to our hut to retire and bond, which basically means chatting while playing with our smartphones and tablets until we get sleepy.

We woke up early the next morning, as we planned to go to Woodland Airpark for the ultralight flying. Breakfast - mostly Filipino fare such as tapa (fried cured beef) and tocino (fried cured pork), served with rice and fried egg - was served on the appointed time (they took our preferences the night before).

Just before checking out we explored the resort for a bit, taking a morning walk in the wide lawn and even trying the swing there. We also took a refreshing dip at the pool just as the sun was coming up.

How to Get There:
The resort is located in Baranggay Ayala, in Magalang town, Pampanga. From Manila, take the North Luzon Expressway and exit in Angeles. Follow the Magalang road to the town plaza. 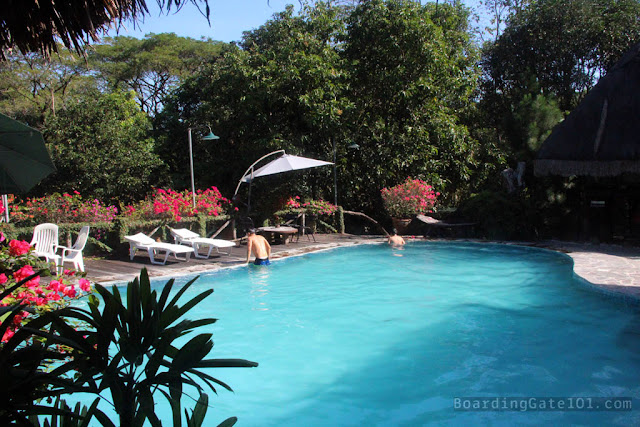