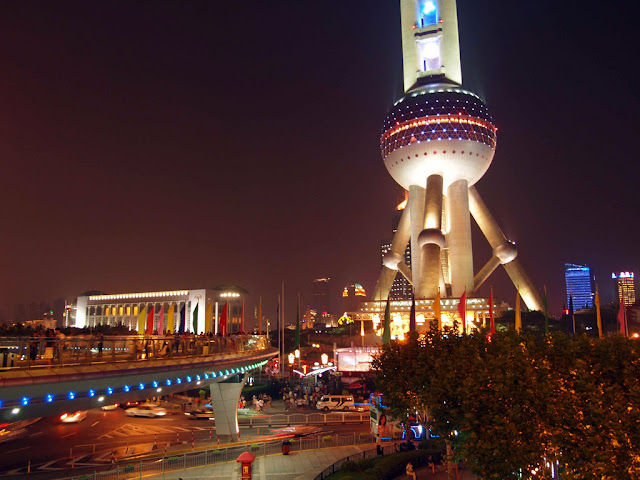 For this week's In Pictures we go to a country that I might not visit again, due to geopolitical  reasons, China. Specifically, I will feature Shanghai. I visited the city twice, once during the 2009 total solar eclipse, and again in 2010, for the World Expo.

Shanghai is a very cosmopolitan city. It is huge and populous, with the number of skyscrapers rivaling that of New York and Hong Kong. It is also a city of contrasts - behind the veneer of modernity lies the Old China, and you can see it in the old architecture of the city, and in the small streets between the high rises.


It would seem that Shanghai is in a middle of a huge construction site. Construction projects - new skyscrapers, road, bridges - are being done in almost every corner, underlying the strength of China's economy. Many old buildings are torn down to give way to the new.

If you're a fan of grandiose buildings, the Pudong district in Shanghai is one of the places to see them. Many of the notable supertall and skyscrapers in the city are in that district.

Most notable are the 88-storey Jin Mao Tower, the 492-meter tall Shanghai World Financial Center, and the Oriental Pearl Tower (first photo above), a 468-meter high television tower with an observation deck on top. I was able to visit the two landmarks, and they are the best places to get a birds-eye view of the city. 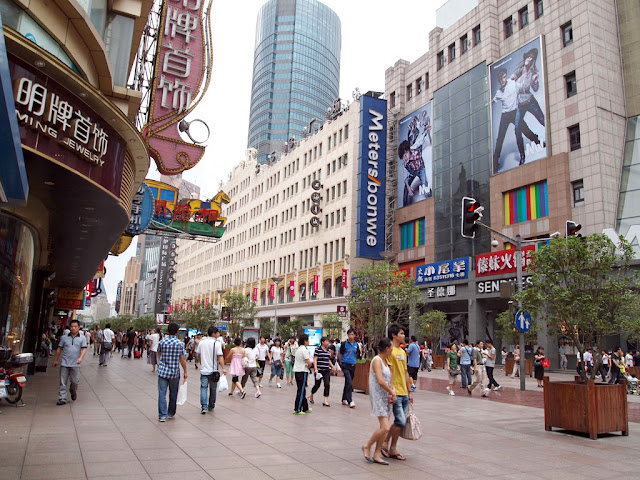 What's left of the old Shanghai is being kept for posterity. I was able to visit some of them, such as the French Concession,  an area conceded to the French in the 19th century, and the Bund, which was part of the Shanghai International Settlement, established after the first Opium War with the British.


The Bund, which is just across the Pudong district, housed the trading houses of the United States, Britain, Germany, France and Russia. Most of the old buildings are still there, many now converted to shopping malls and offices.

Adjacent to the Bund is Nanjing Road, the main shopping street of the city. You can shop till you drop here, and you won't have a trouble shopping for gifts to be brought home.


I stayed in the same place on the two occasions that I've been to Shanghai, in Blue Mountain Hostel, tucked in small street called Qu Xi Lu (lu means street in Chinese). Here you can get a feel of not-so-cosmopolitan Shanghai, as the street is full of apartment blocks with drying clothes dangling from the windows, old fashioned shops and noodle houses catering to the locals. 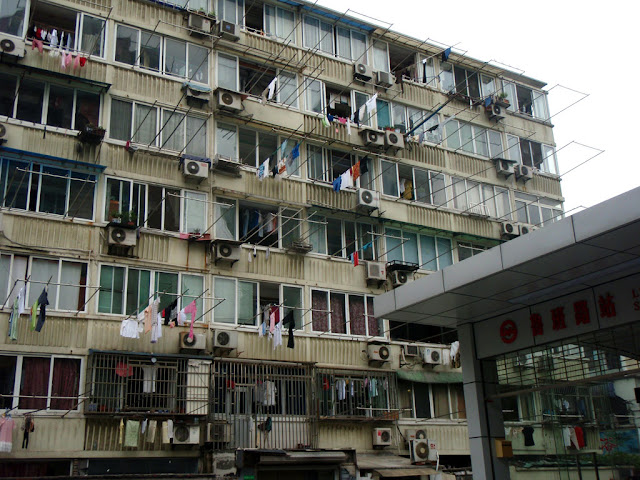 These small noodle houses and restaurants are the best places to try the local cuisine, such as spicy fried giant frog.


And if your stomach does not agree with the menu, you can always get this: