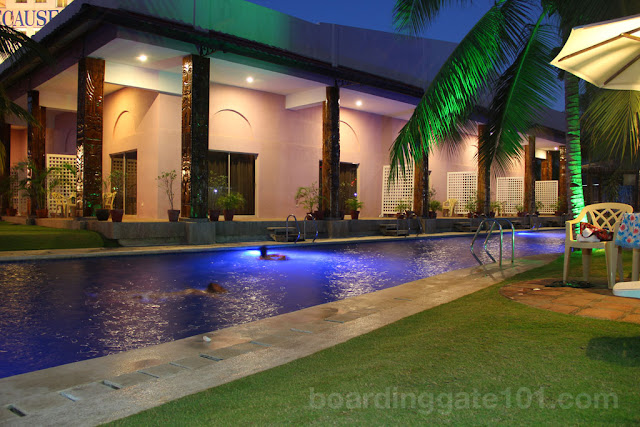 Every year my company sponsors a summer event for its employees (yes, it's a great place to work in!). Usually the outing is held in April a beach resort south of the metropolis. For the last few years we went to Canyon Cove, Laiya, Eagle Point, and Lake Caliraya. This year, we head north, to Subic, in a place called Wild Orchid Resort.

The resort is just along Baloy Long Beach, in Olongapo. The main building, where most of the hotel rooms are, is actually along the road, but there's another beachfront complex across the road that has several more rooms and a 24-hour bar called Barefoot Bar.

After arriving there in a chartered bus, me and my colleagues went about our business: games and team-building exercises until the activity was officially closed by late afternoon. After that,we were free to do whatever we pleased. Some went to swim or frolic on the beach. Others, including me, had an impromptu game of beach volleyball until the sun was below the horizon.


Aside from beach volleyball and swimming, there are other activities to do on the beach. I was tempted to rent a jetski but balked at the price (PhP3,500 for an hour), and I find banana boat ride lame, so I passed on that as well. There's also a floating bar beyond the beach, called Blue Rock, that you can go to to chill out and have a drink or two. 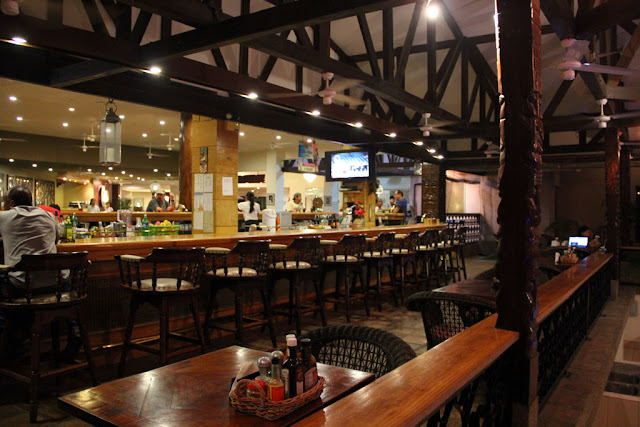 It was an overnight activity, so we were also given accommodations in the resort. Most of us were given deluxe rooms in the main building, while a few lucky ones got the beach front rooms. The rooms were comfortable and have ample amenities: queen-sized beds, fridge, 32" flat-screen TV with cable, a DVD pleyr and complementary toiletries. 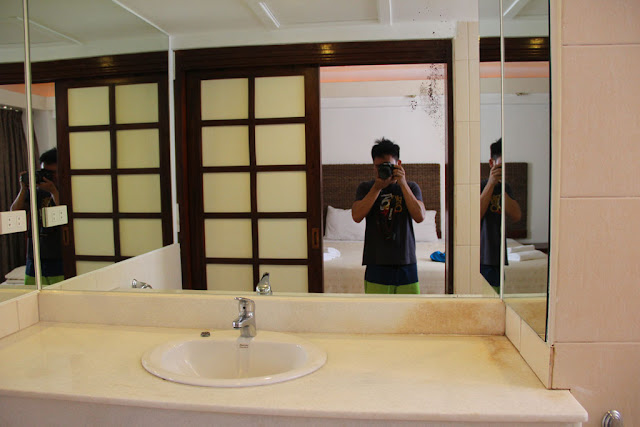 As the night went we explored what the resort has to offer. The first logical place to be after beach volleyball was the pool, and there were two in the resort. One of the pool actually straddles the bar. Aside from the Jacuzzi  there are tables on the pool as well where you can set your drink while soaking in the water. The dip in the pool was refreshing, but I find the water to be too chlorinated that it almost smelled like weak bleach solution.

Those minor complaints aside, the trip to the resort was an enjoyable experience. I had the chance to bond and socialize with my officemates, and it gave me a chance to visit Subic again. 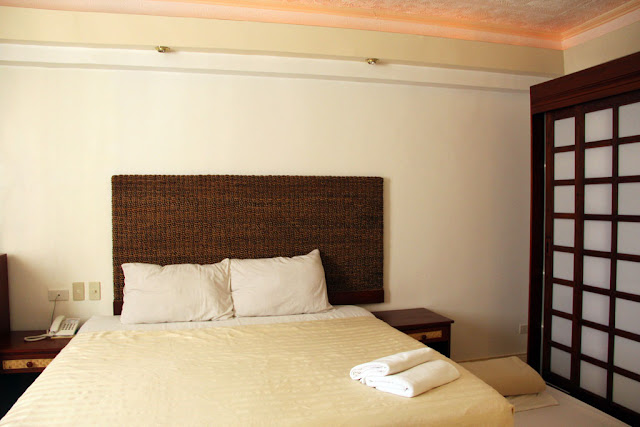