Concert at the PhilAm Life Auditorium 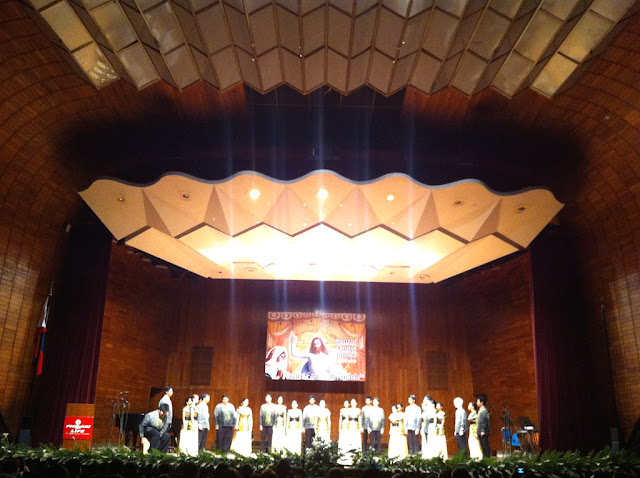 A few weeks ago I had the chance to watch a concert in the PhilAm Life Auditorium in Manila with some close friends. The Easter concert was top billed by the University of Santo Tomas Symphony Orchestra and by acclaimed pianist Raul Sunico, who is also the president of the Cultural Center of the Philippines, and the UST Conservatory of Music. The group's rendition of Handel's Messiah gave me the goosebumps.

There were other artists and groups that participated in the concert - tenors, sopranos, ensembles and choirs. It was attended by several dignitaries from UST, and I even met the Papal Nuncio before the start of the concert.


The concert venue, PhilAm Life Auditorium, is a 768-seat theater located in UN Avenue, near Rizal Park and the National Museum of the Philippines.

The auditorium was part of the headquarters of the Philippine American Life and General Insurance, the largest insurance company of the the country. It was designed by architect Carlos Arguelles. Built in 1961, the theater was done in International Style of architecture, which emphasizes the "building's natural beauty." The building's stark exterior is the characteristic  rectangular block, with windows forming a grid. 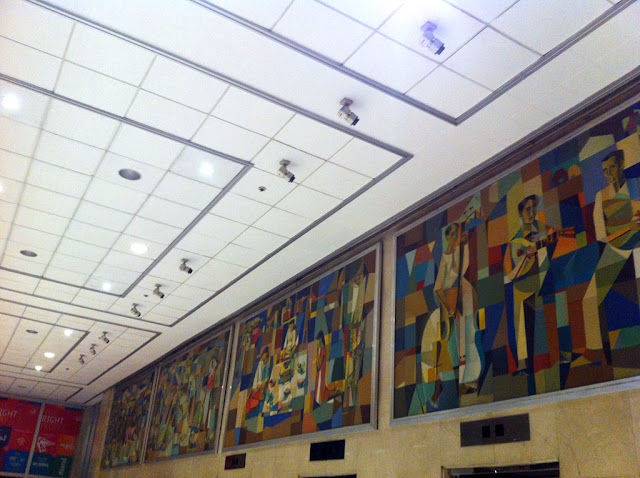 The lobby of PhilAm Life Auditorium carried the same aesthetics as the exterior, with simple lines and with minimal ornamentation. One wall has several paintings adorning it. I couldn't put who the painter was, but I was guessing Botong Francisco.

What is so remarkable about the auditorium was that the acoustics were installed by Bolt, Beranek & Newman, the same group that did the acoustics for the Sydney Opera House, Avery Fisher Hall, and the Cultural Center of the Philippines. Several notable opera singers and pianists have performed in the auditorium, including Renata Tebaldi and the Philippines' own Cecile Licad. It is also home of the Manila Symphony Orchestra. 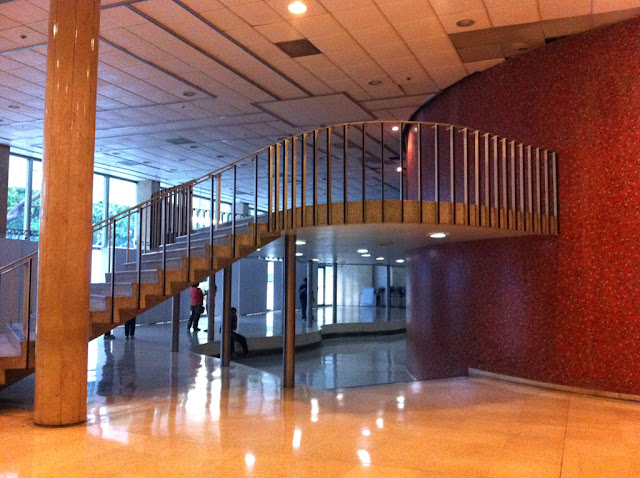 The theater was embroiled in a controversy of late, as the building was purchased by a local developer, and it was announced that it will be torn down to give way to an apartment block. There's now an online petition going on aiming to stop the developer from demolishing the building (you can sign here).

I fully support the petition and I hope that the auditorium will be preserved. It was my first time to go inside the theater and watch a live performance of a symphony, and I hope that I'd have the opportunity again to see a concert in the hall.

How to Get There
The PhilAm Life Theater is located in UN Avenue in Manila. If taking the light rail transit Yellow Line, get off at the UN Avenue Station.
concert halls concerts PhilAm Life Auditorium UST Philharmonic Orchestra