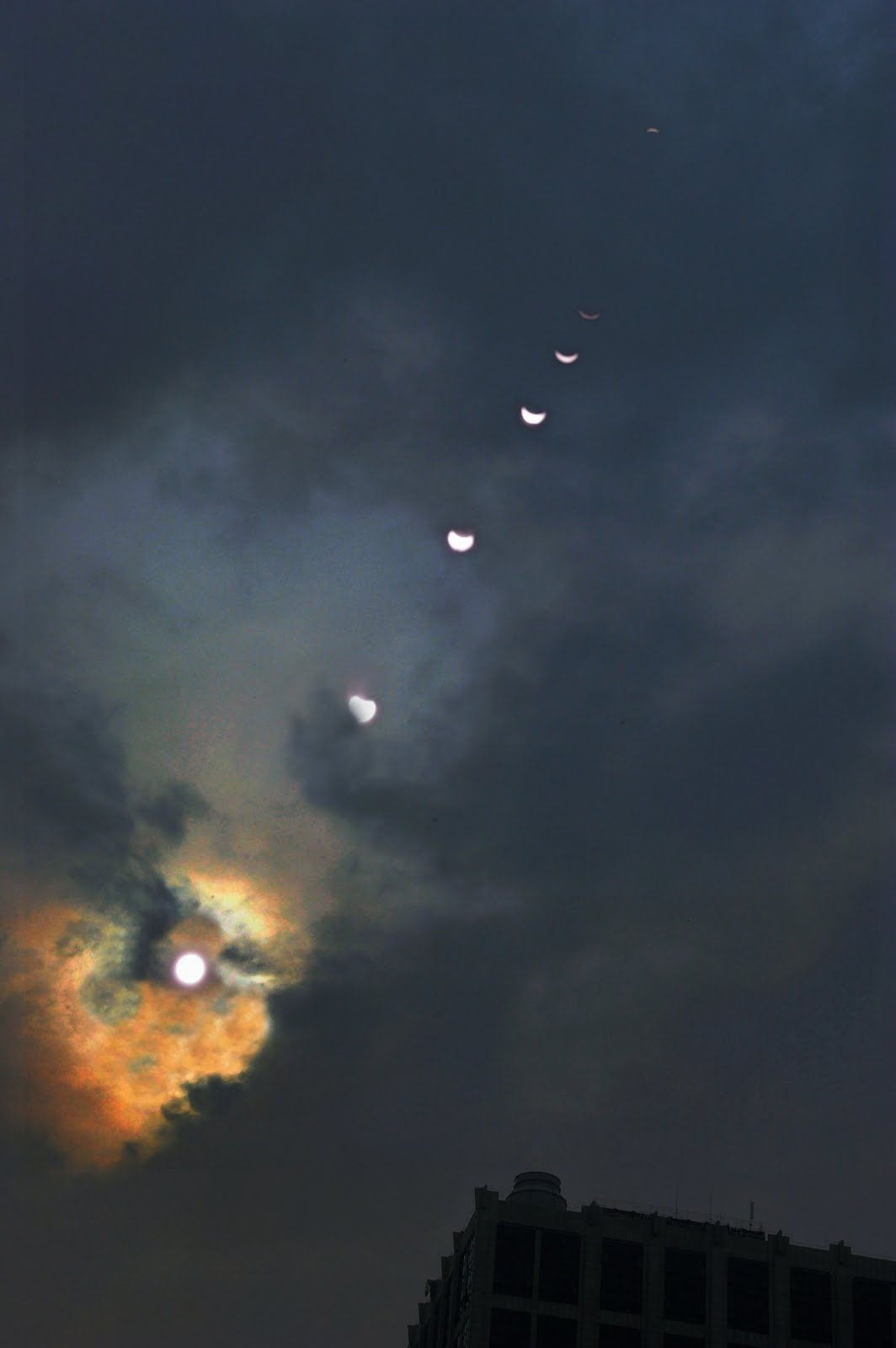 I'll be running another series of posts called Throwback Thursday, inspired by those Throwback Thursday posts in Facebook and Instagram. On them I will be featuring specific, one-off events  I witnessed during my travels.

The first one will be the 2009 total solar eclipse,  witnessed in Jinshanwei, China, a city is located about 100 kilometers from Shanghai. I was part of the science expedition organized by the University of the Philippines Astronomical Society, which I am a member of since college.


The photo* above was a composite image of multiple exposure shots I took during the total solar eclipse.

Total solar eclipses are rare events. It happens when the moon passes between the earth and the sun, fully blocking the sun's disc. It will cause total darkness in the location of where it can be seen, for a few minutes. The eclipse that we witnessed happened on July 22, 2009, with  the totality occurring at about 9:43 am. Total darkness lasted for five minutes and 58 seconds. The eclipse is the longest in 21st century.

The weather was fickle during the event, with storm clouds covering the sky two minutes before the totality, but the darkness was so apparent once the moon covered the sun, as can be seen from the video.


Each of us in the expedition has a task to do. Some were in-charge of the telescope, fitted with a ND5 Baader film, other doing the timing and observation using the pinhole method. I was doing multiple exposures of the eclipse using a DSLR camera, with each exposure timed and taken every few seconds.

I also grabbed my camera when totality set in to take photos and a video of the scene. Aside from the darkness there was a noticeable drop in temperature as the sun was covered by the moon.

The months of preparation was well worth the five minutes of totality that we observed, and were able to communicate the results of our observations back to our peers in Manila.