To Be a Kid Again: Disneyland 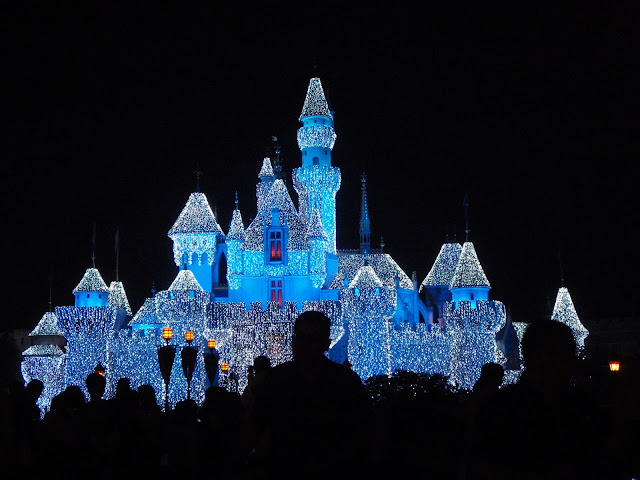 A travel experience doesn't always have to be profound or "deep." Sometimes you just want to enjoy and experience something fun, be a kid again. And there's no better way to do that than to go to Disneyland, right? So, for this week's In Pictures, we go to the Magic Kingdom.

I've always wanted to go to a Disneyland every since I was a kid. I know some "hardened" travelers might scoff at the idea of going to theme parks as pedestrian, but at the risk of being labeled as a tourist, I'd say that I did went to Disneyland (twice) and that I enjoyed it a lot.

The Disneyland that  I've been to is the one close to home, the Hong Kong Disneyland. The 55-acred theme park opened in 2005.

Well, as far as theme parks go, the experience that you get is pretty much linear and packaged. You go in, go through the themed areas named "lands", and meet the Mickey and company. It's like eating a candy. You know it's just empty calories, but it sure is fun.

The first "land that you go through is the Main Street USA. It is located near the entrance, and it resembles a small-town in late 19th-century America. The street is populated with stores, such as the Market House Bakery, the Main Street Corner Cafe, the Pizza Inn, Crystal Arts, Main Street Sweets, and Midtown Jewelry. I called this the Highway Robbery Street, because it is here that you spend all your money buying stuff.

Next is Fantasyland where you can find the Sleeping Beauty Castle, the Cinderella Carousel, Mad Hatter Tea Cups, where you get dizzy riding candy-colored cups that spins around to a sickeningly sweet music. There's also the Snow White Grotto, and the It's a Small World boat ride. It's one of the rides that I enjoyed in the park. The song, though can be a bit annoying if it stays as an LSS on your ear, is something we learned in elementary school. I think it should be a mantra for backpackers too.

The futuristic Tomorrowland area is  a tribute to the Space Age. Theres the Orbitron ride, with "flying saucers" that spins around a central pillar. Being spun around until you get dizzy is fun.  There's also the Space Mountain, Autopia, Comet Cafe, and Star Command Suppliers, which is another shop where you can buy souvenirs.

Rounding out the lands is Adventureland, where you can find the Jungle River Cruise, the Festival of the Lion King and Tarzan's Treehouse. I heard that there were additional attractions added since I last visited, such as Grizzly Gulch, a mythical mining town set in the mountains, Toy Story Land, which inspired by the Toy Story movies, and Mystic Point, rainforest featuring the Mystic Manor.

If the weather doesn't cooperate during your visit, like ours, several Disney characters will come out  riding in a train to go around the park and entertain the visitors. I got to hand it to Disney for making the effort to keep the guests entertained despite being drenched by the rain.

At night before the park closes, a spectacular fireworks display will light up the sky over the castle. It's one of the highlights of the visit, and it's something worth staying over until closing time.

Transportation to Hongkong Disneyland is through the Tung Chung MTR line from Kowloon or Hongkong Island. Get off at Sunny Bay station, and take the Disneyland Resort Line. I particularly like this train, as the windows and handles were shaped like Mickey's head. The train will bring you near Disneyland's gate.