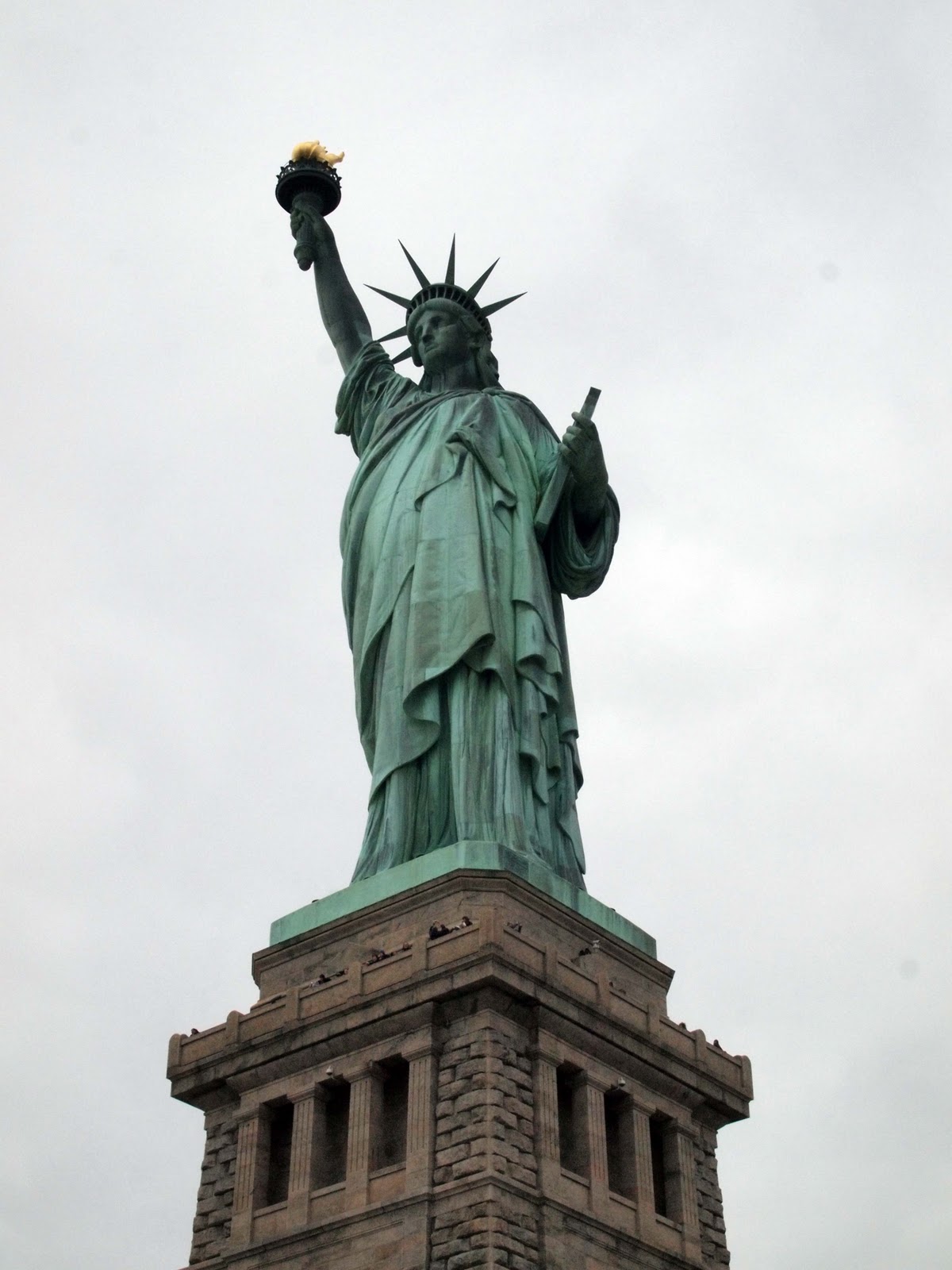 I just realized that I do not have a post here about the Statue of Liberty yet. One of the landmarks that fall under "must visit in New York" is the Statue of Liberty. I guess not so much of a must for me as I've only ventured to it on the second time I was in the US and New York. Nonetheless, the statue is one of the most recognizable iconography of the US and New York. 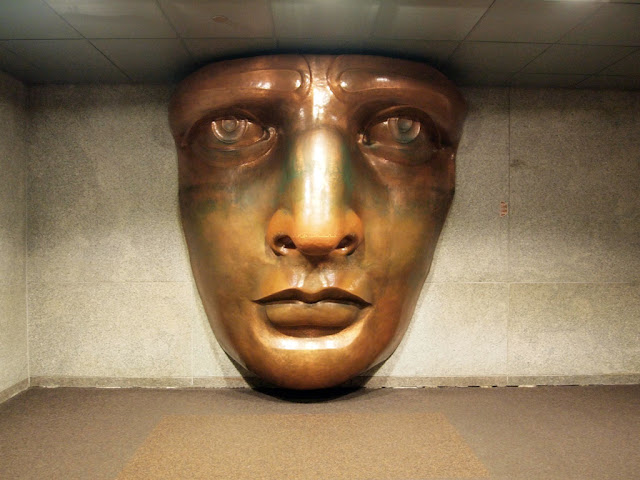 Located in Liberty Island in the New York Harbor, the statue, also known as Liberty Enlightening the World,  carries some symbolism for people arriving in the United States, especially the immigrants arriving at the turn of 20th century; the  sentiment of which perhaps is best summed up by the sonnet by Emma Lazarus, engraved in a plaque and mounted inside the statue. Part of the sonnet reads:


"Give me your tired, your poor, Your huddled masses yearning to breathe free, The wretched refuse of your teeming shore."


The neoclassical  statue was designed by a Frenchman, Frédéric Auguste Bartholdi, and was built in France in 1886. It was given as a gift from the people of France to the United States.

The trip to the  statue starts on a 30-minute ferry ride from a pier in downtown, near Battery Park. The sky was overcast and it was a bit cold when I emerged from the subway and found my way to the pier. There were already lots of people milling around when I got to the ticket processing. After a bit of waiting and going through tight security, I got inside the ferry and we were underway momentarily.  I went up to the ferry's deck to get a better view of Manhattan as it recedes away.

My first impression of the statue - tinged with the green patina of oxidized copper - was that it was not as massive as I imagined it to be, but I still find it impressive. I followed the crowd to a small holding area at the base, where a security check is conducted on the visitors. It is much stricter than the TSA in some airports in the US.

Most of the visitors like me can only access the pedestal. A special ticket is needed to go up to the crown, which is given months ahead.

Inside the pedestal is a small museum that displays memorabilia related to the construction of the 46-meter high statue, as well as its significance to American history.

The original torch, replaced during the repair of the statue in the 1980s, is displayed in the museum, as well as a giant cast of Lady Liberty's face and foot.

There were also a section on social history pertaining to immigration in the United States during the early 20th century, many of the artifacts there showing the jingoistic attitude shown against the immigrants.

There is also a small park in the island where you can sit back and view Manhattan island and the surrounding boroughs.

The statue was designated in the US Register of Historic Places in 1924, and as a UNESCO World Heritage Site in 1984.

The Statue of Liberty is located in Liberty Island, New York. It is accessible via ferries that ply from New York and New Jersey. Ferries from Manhattan depart from a pier located near Battery Park.

Useful info
The tour is only $13 per person and includes a visit to Ellis Island. Tickets can be purchased online. A special ticket is needed to go up the statue's head, and the ticket is booked months in advance.