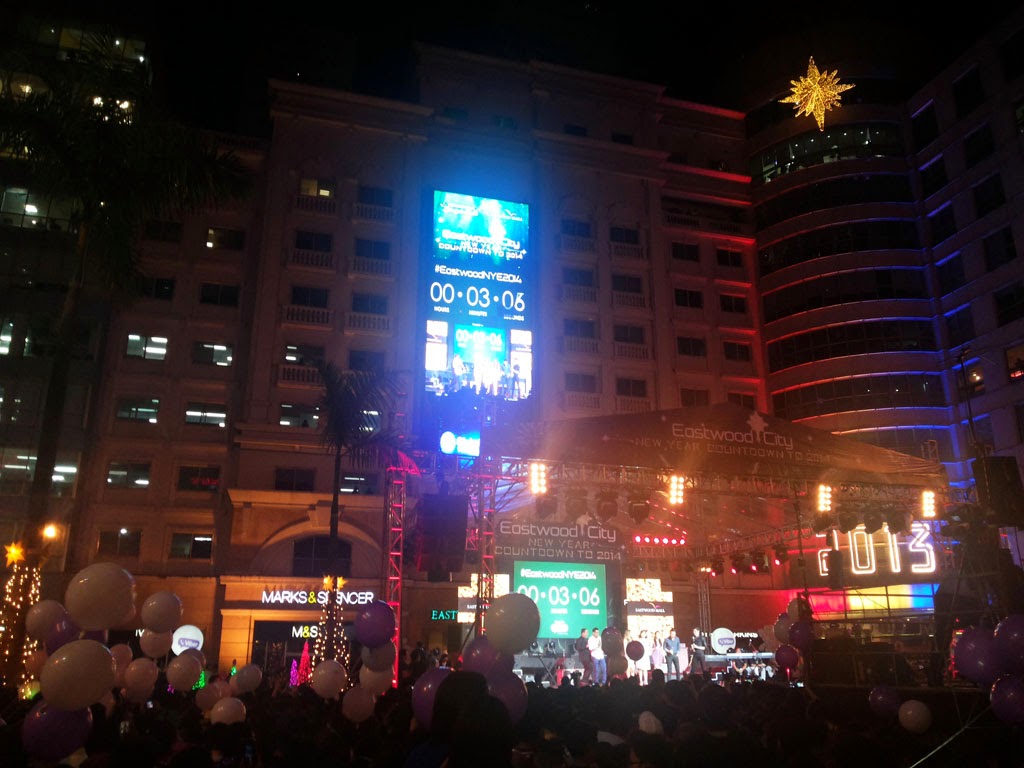 I did not fly home for the New Year as I usually do (my mom and brother were here for Christmas), so after preparing a small media noche, the traditional Filipino New Year's eve meal, I went to Eastwood City, a commercial district in Metro Manila, to see the countdown for the new year.

The place was already packed with revelers when I arrived. I passed the time at a burger joint near the plaza where the countdown will be held, and went to find a good spot just an hour before midnight. There was a mini concert in progress when I got there, helmed by local artist Bamboo, and in the final 15 minutes, chanteuse Jessica Sanchez of American Idol fame took over.


The countdown began after she sang a couple of songs. The highlight was the "ball drop" but in a shape of a star, that descended from the top of the building as the crowd chanted the dying seconds of 2013. The revelers erupted in cheers as the count reaches zero, and balloons and confetti rained from above. Then the fireworks began lighting the sky, to the delight of the crowd below.

I stayed for a couple more hours in the grounds, as DJs pumped out beats to a multitude of people dancing and partying. Around 3 am, I took a cab back to my apartment and wolf down on the media noche that I prepared, to welcome the new year with abundance .