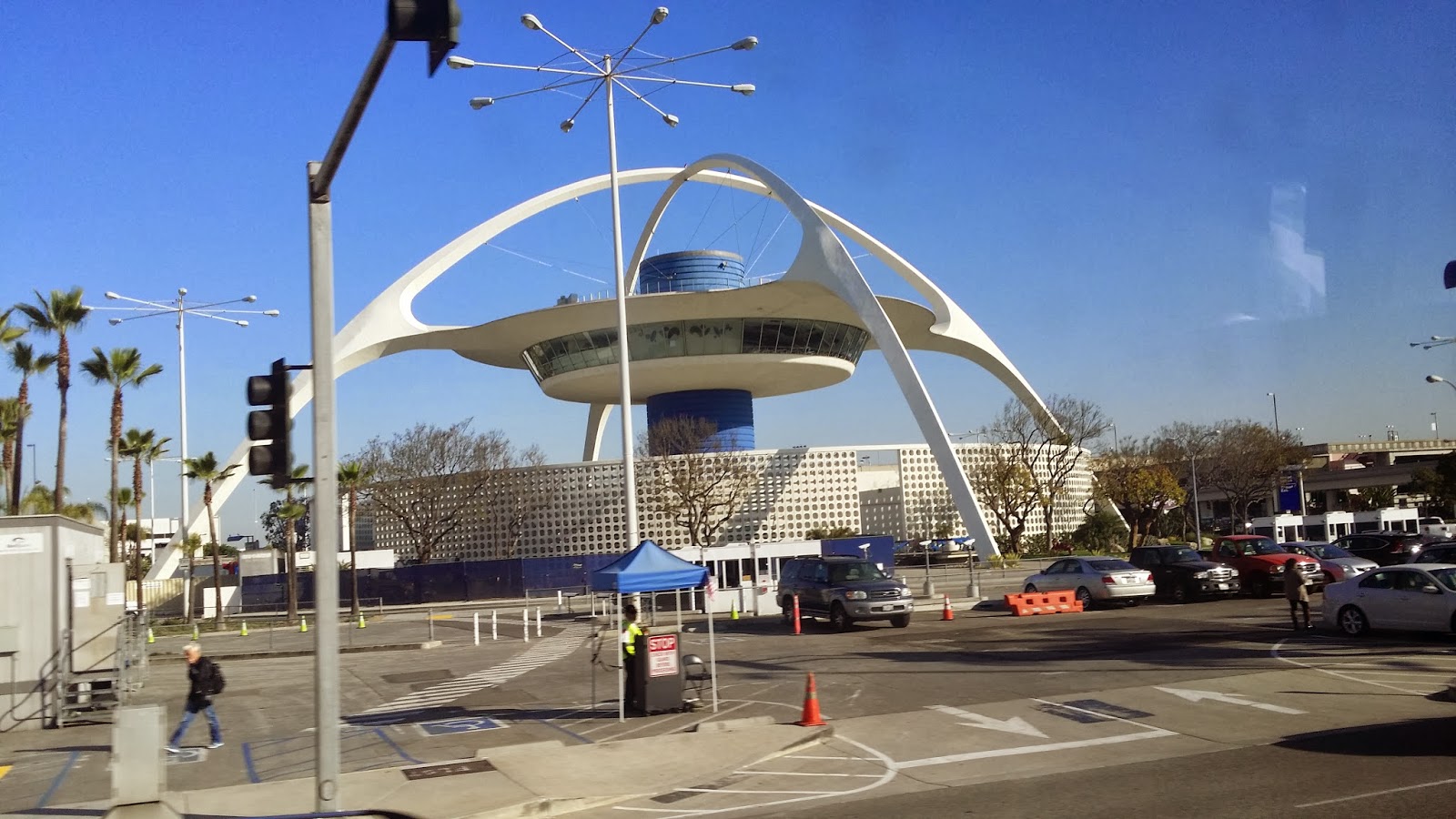 11:28 pm PST, Banana Bungalow Hostel
I'm too sleepy to give a meaningful update but bottomline, the Lakers won. I was ready to leave by the third quarter but somehow the hometown team got a second wind and was able to defeat the Celtics.

I'm back at the hostel. Had to move to another bed because the one adjacent to mine is being used by a couple. I don't want to be the third wheel, in a way I suppose.

There's a party of sorts going on outside and it will be hard to sleep. As usual, Europeans drinking like the world is running out of beer.

But I gonna turn in now, busy day tomorrow. 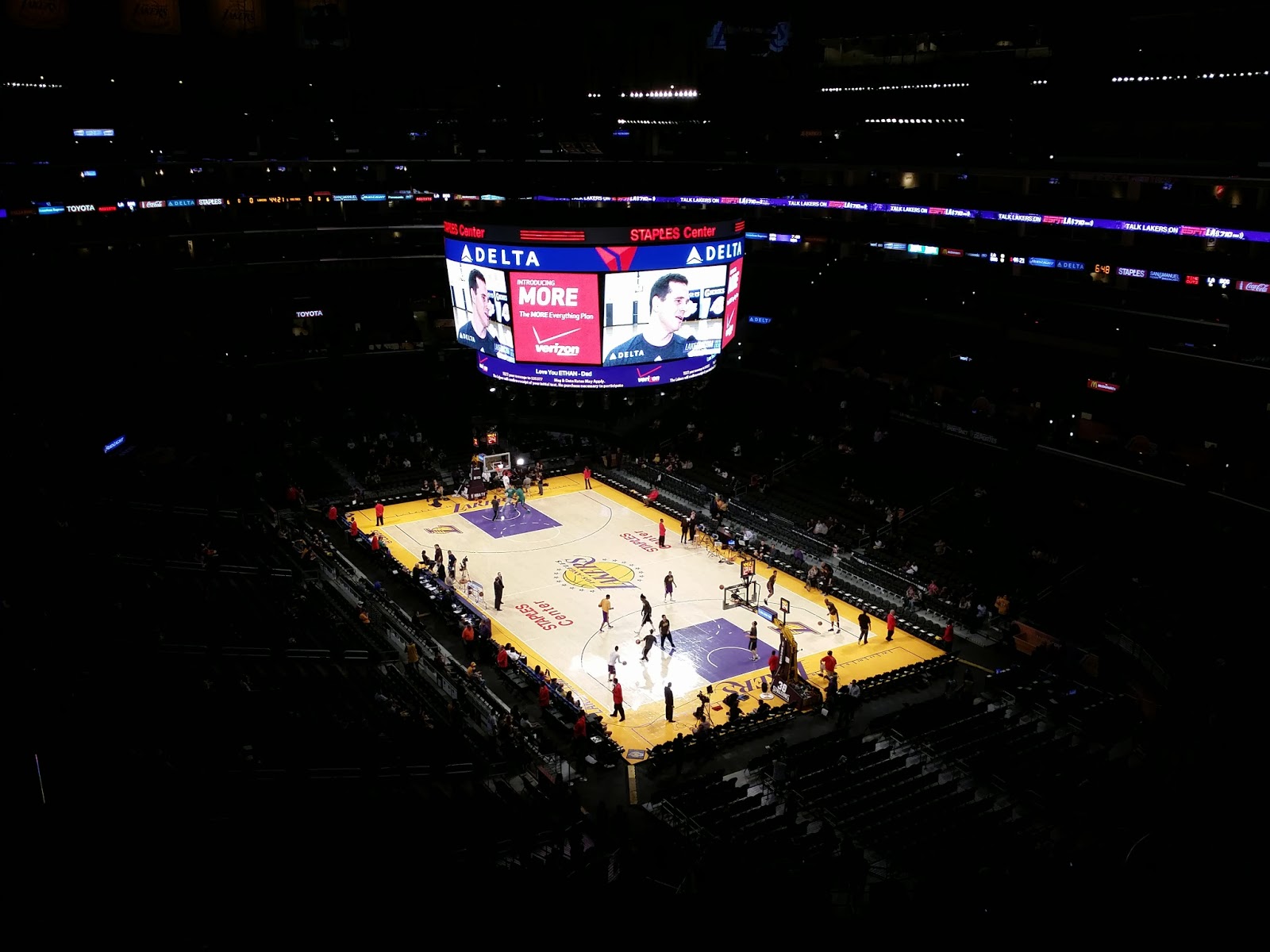 6:50 pm PST, Staples Center
Inside the arena now. I stopped by the shops downstairs to buy a Kobe shirt for my brother then went up to my seat. I can see the team is doing warm-ups now. Not sure if Kobe will play though, I hope he will. 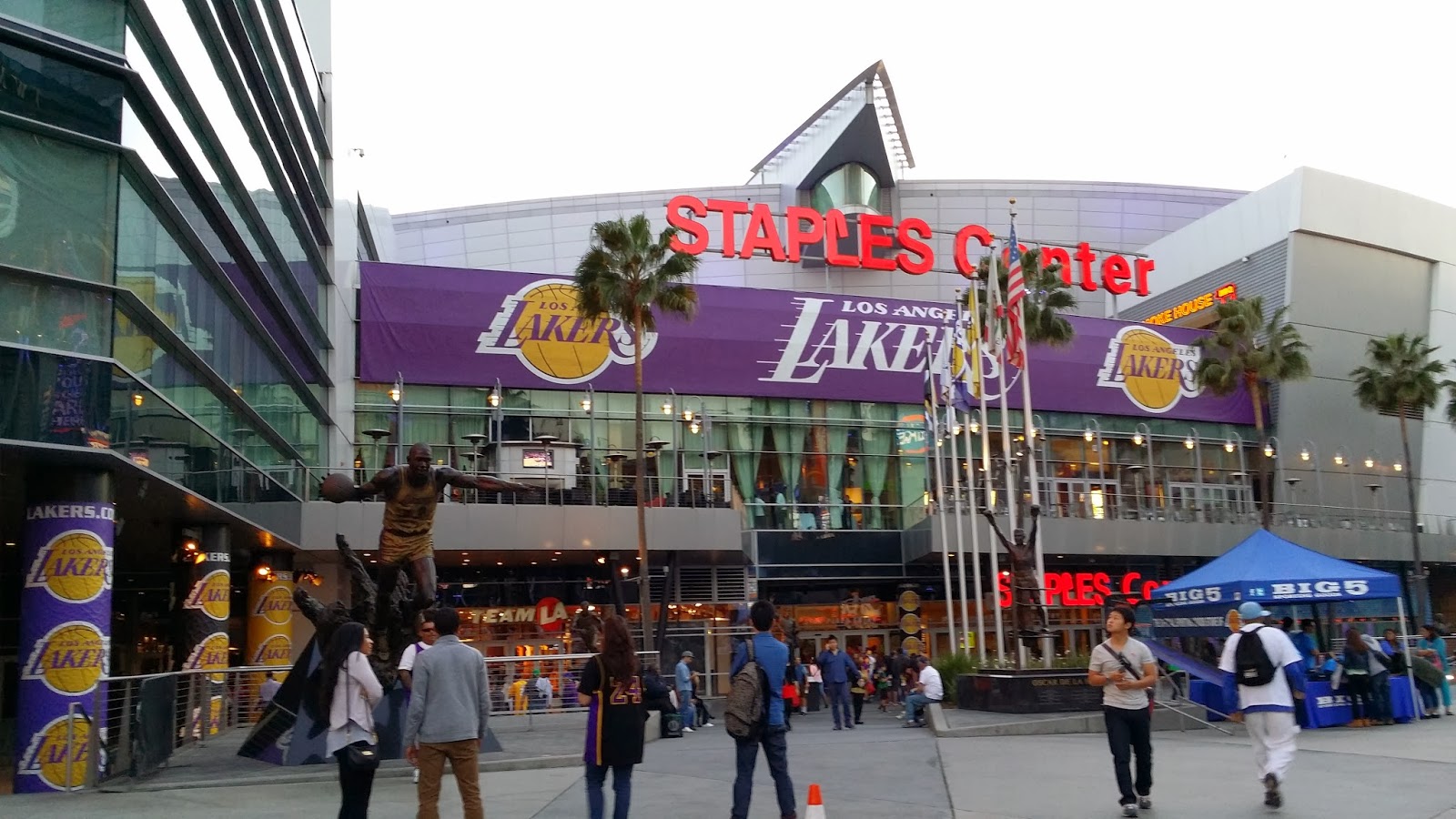 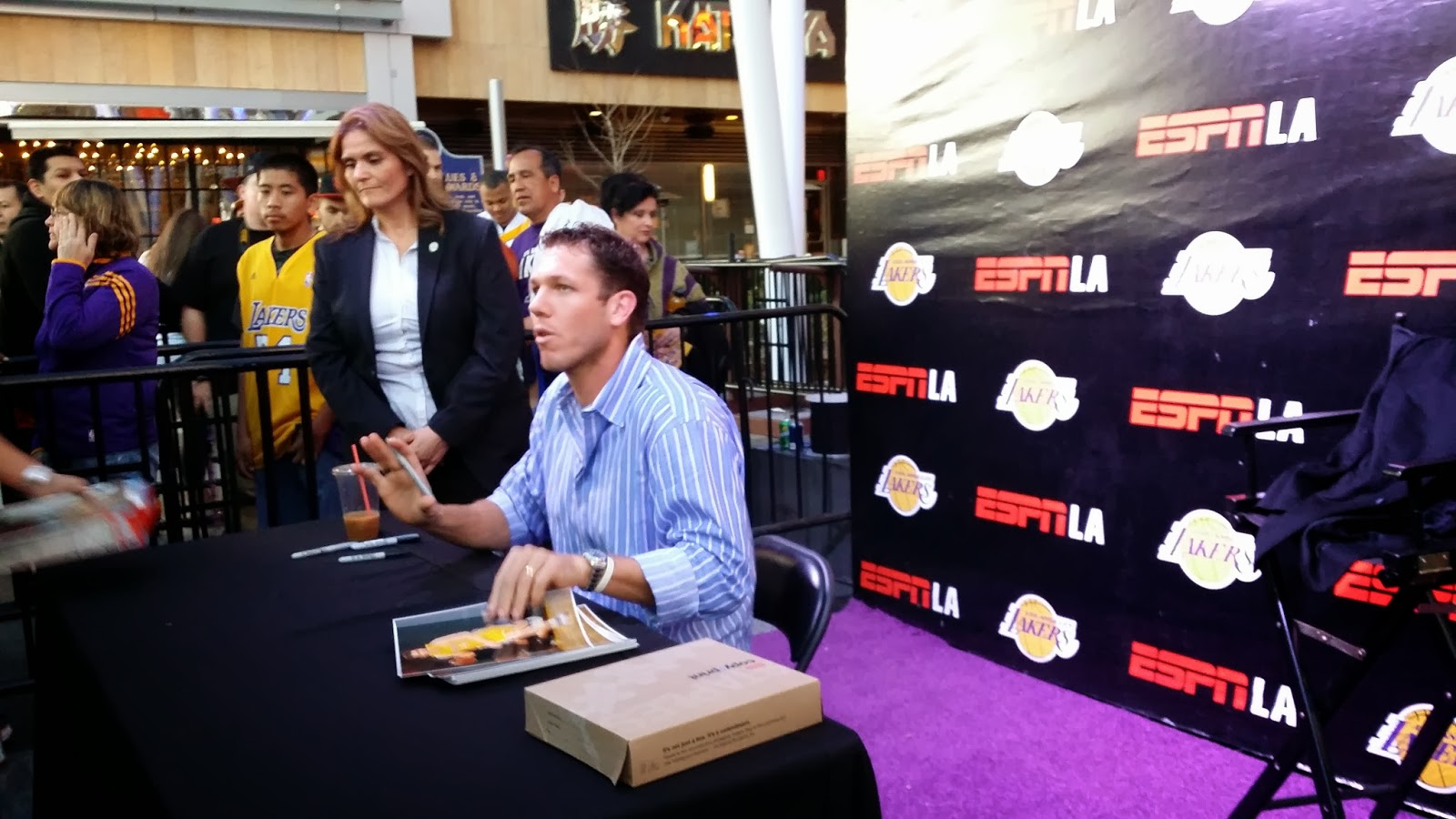 6:02 pm PST, Nokia Center.
I'm here early for the Lakers - Celt is game tonight so hang out for a bit at Starbucks at the nearby Nokia Center.

There's an NBA player signing autographs (can't remember his name at the moment. I was told Luke Walton). The Laker Girls are here too, posing for with the fans. 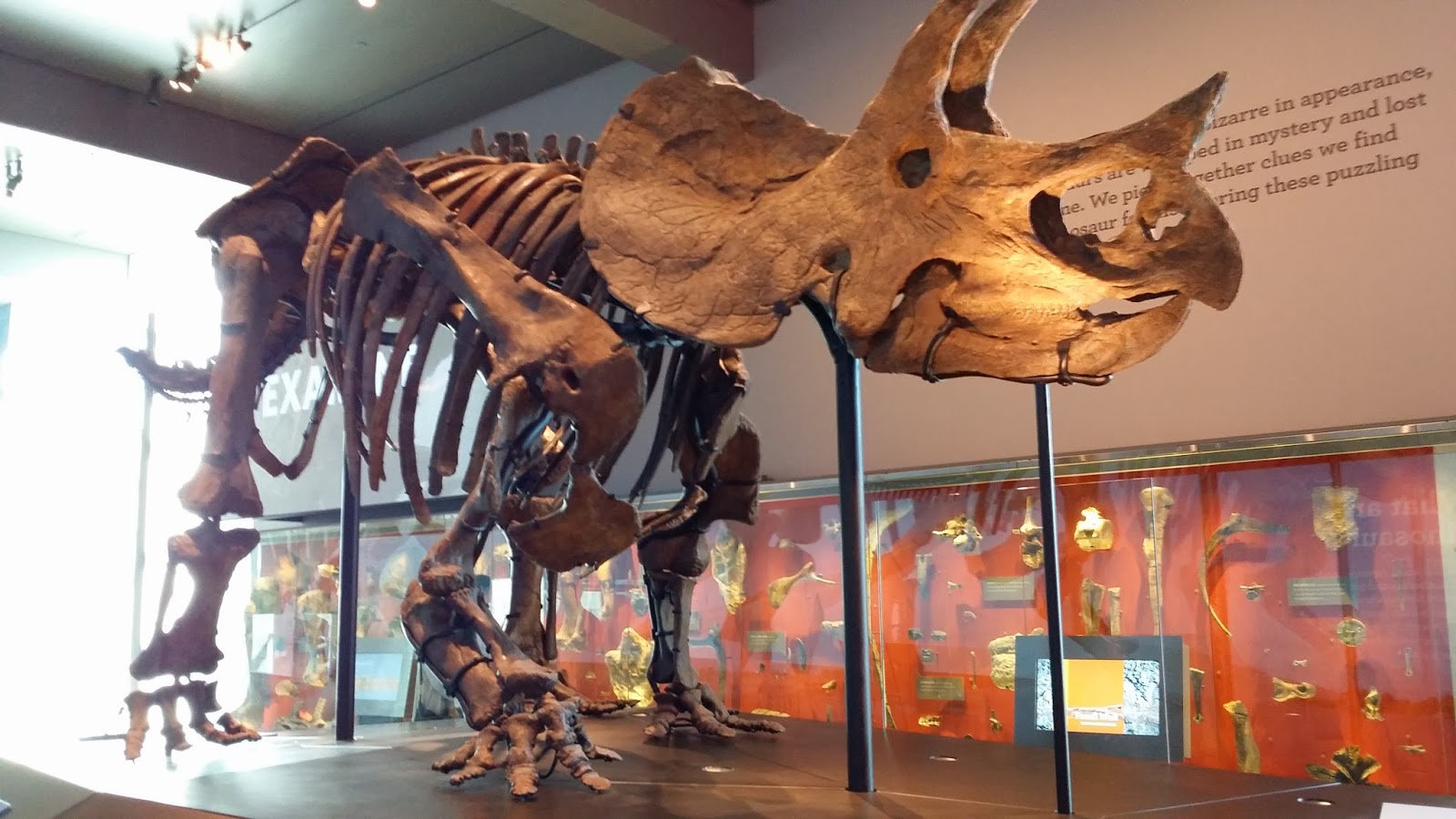 4:00 pm PST, Natural History Museum of Los Angeles County
Aside from spaceships, another geeky fascination of mine is dinosaurs. T-Rex's, brontosauruses, velociraptors - nothing is more fascinating than befangled prehistoric monsters that would tie the panties of evolution deniers in a bunch.

The Natural History Museum is just across the Science Center and I paid it a visit to see fossilized creatures that lived millions of years ago. 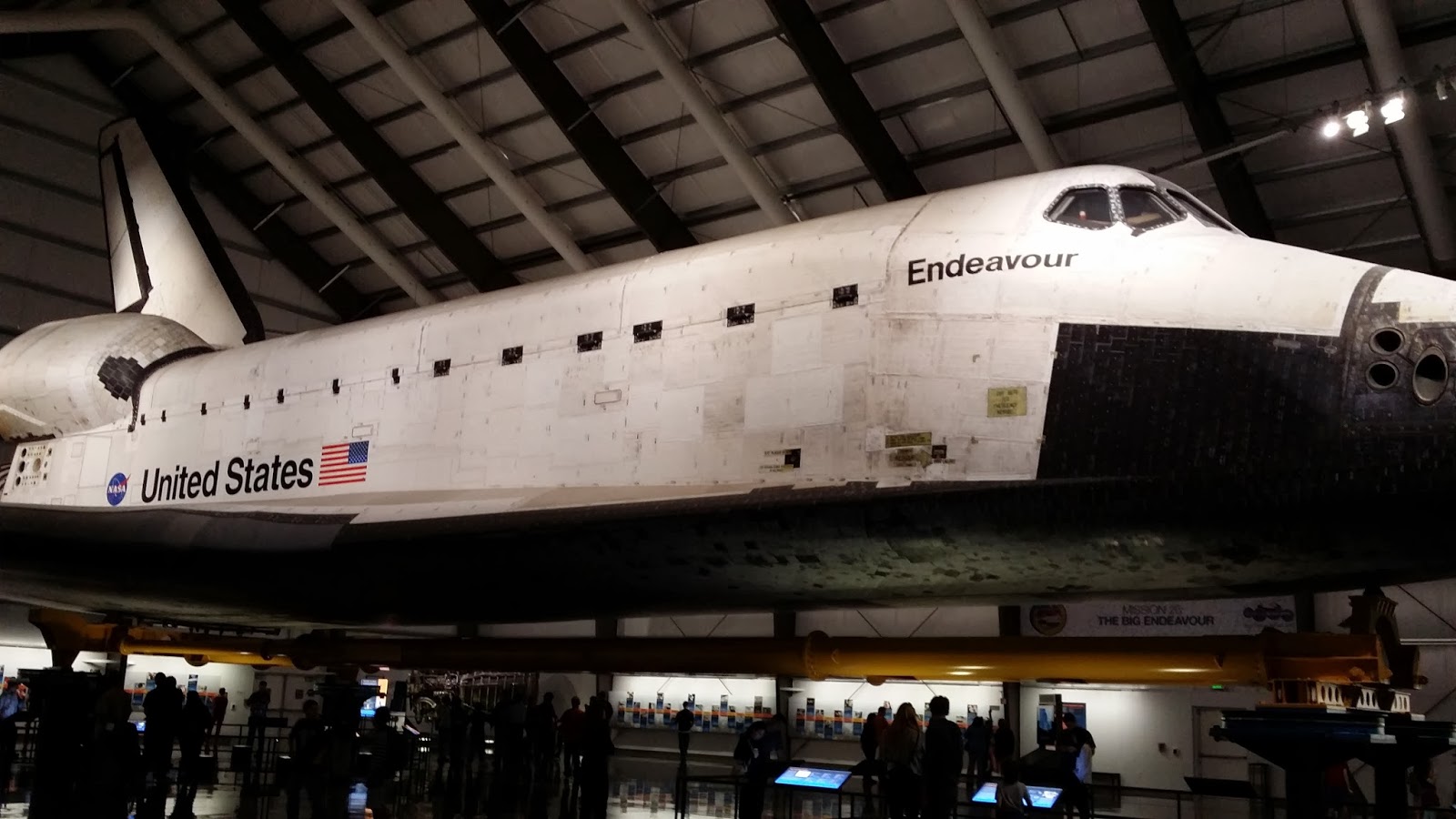 3:00 pm PST, California Science Center - Samuel Oschin Pavillion
One of the reasons why I wanted to go to LA is in this place, which is home to the Space Shuttle Endeavor. I saw another shuttle, the Enterprise but that one did not really fly to space. Endeavor, as a replacement for the Challenger, did. Many times. And as an astro geek, this is something that I wanted to see. Added bonus for this place is there were also several spacecraft on display too, like the Viking lander and the Gemini capsules (will blog about these more in later posts). 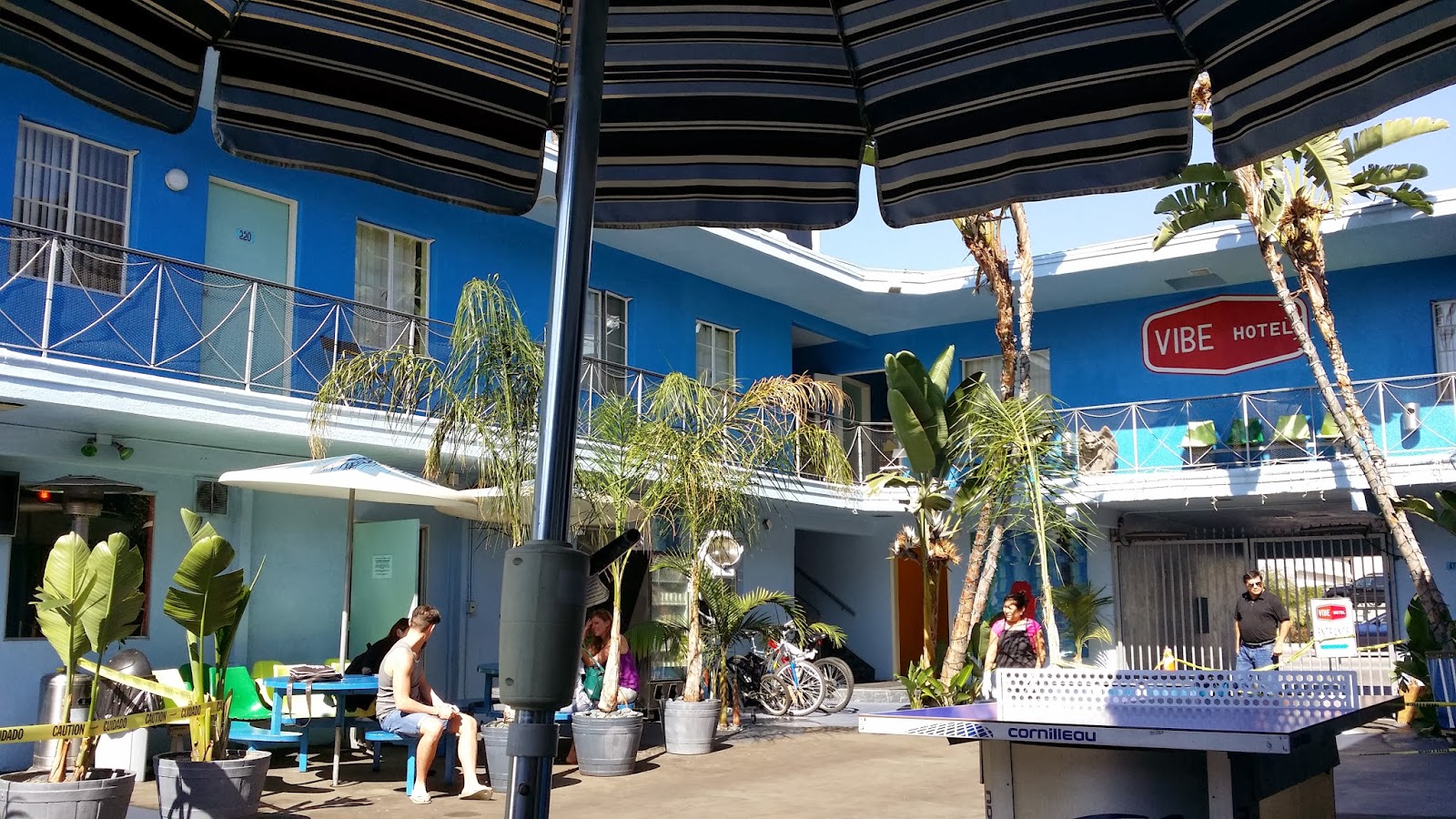 10:40 am PST, Banana Bungalow Hostel
From Union Station I took the Red line to Hollywood, then I walked a couple of blocks to my hostel. Hollywood Boulevard kind of disappointed me. I thought it would be bustling.

Check-in is at 2 pm so I'm just outside the hostel, hanging back and chatting up some of the people here. A Germany backpacker is trying to hit on a girl from Missouri who recently moved to LA and got a job at Walgreens. Kind of hilarious.


My hostel in an enclosed courtyard type, something you'd see in CSI or one of those police shows on TV where they investigate a serial killer or something. 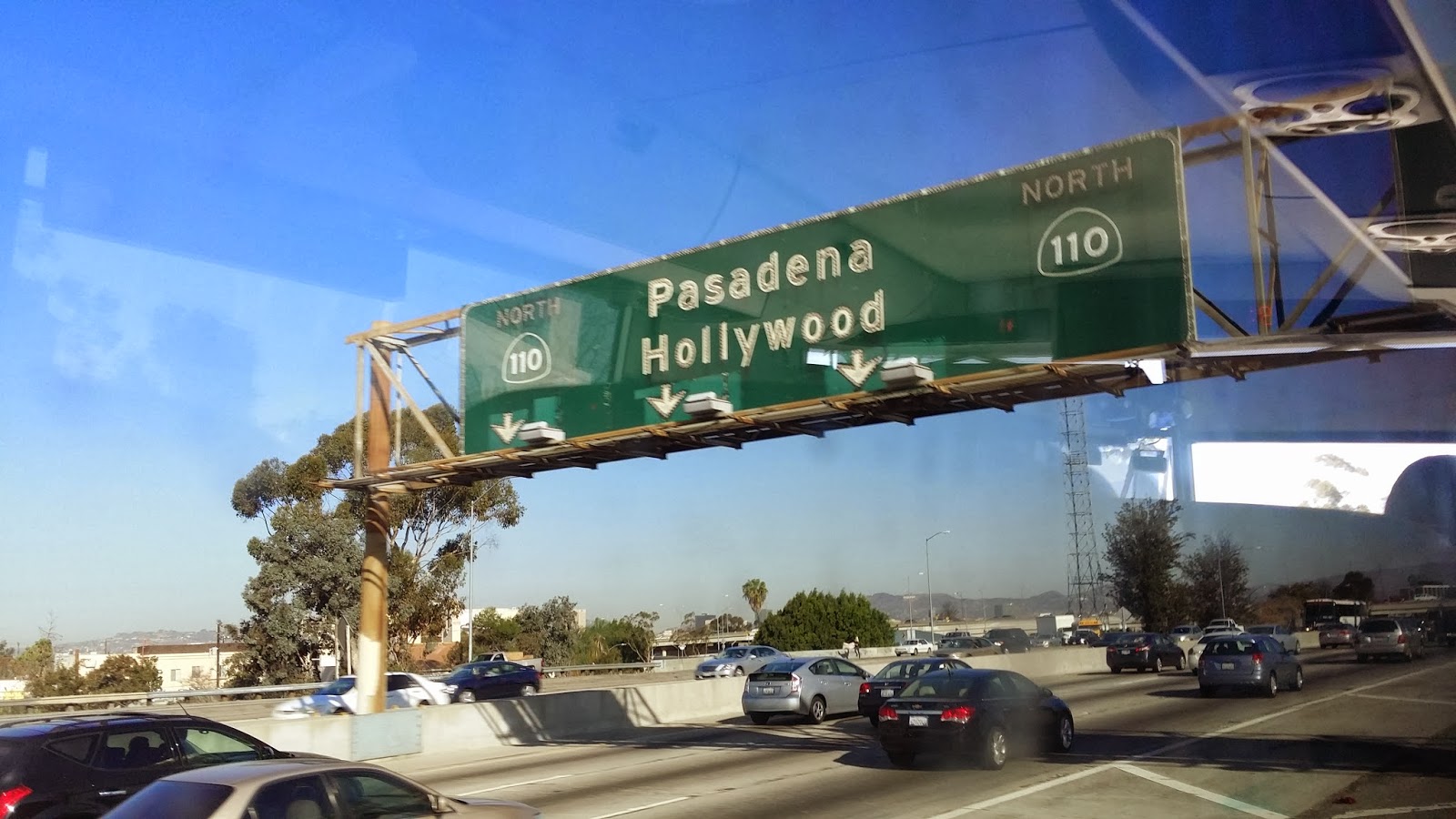 9:40 am PST, Union Station
The ride from LAX to Union Station was smooth enough. We didn't encounter the infamous LA traffic just yet. The freeway was kind of scenic, you can see the sprawl of the city as you zip along the highway.

I bought a Tap card with a 3 day pass in the station. That should cover most of my transportation needs while I'm in LA. 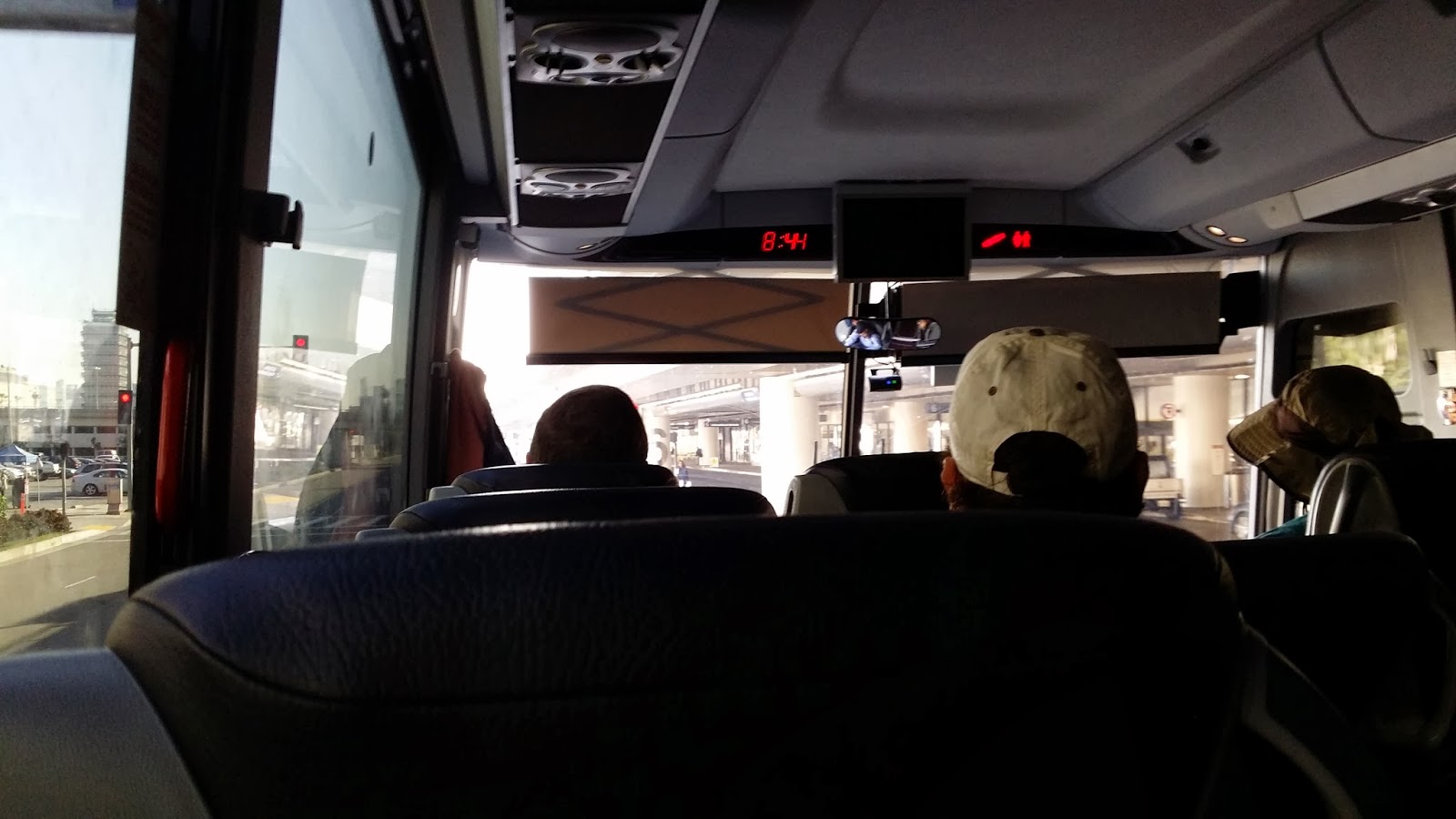 8:30 am PST, Los Angeles International Airport Terminal 5
No luggage to collect so I just went down to the bus stop right after we deplaned. I took a flyaway bus which will go to the Union Station, from where I can take the subway to Hollywood.

On out way out of the airport we passed by a famous LAX landmark, the Googie-inspired Theme Building.