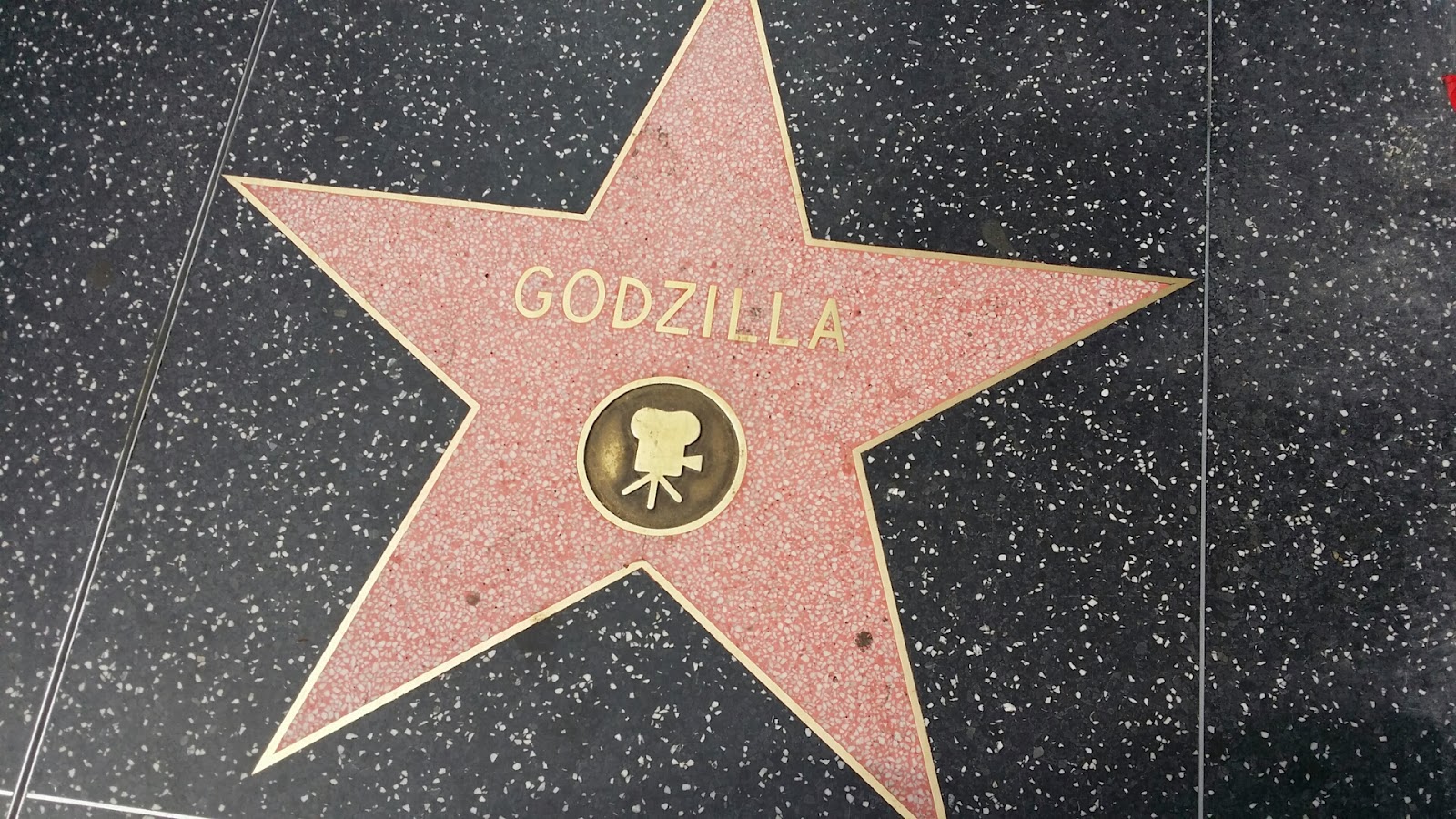 Day 4 on my California and Mexico trip 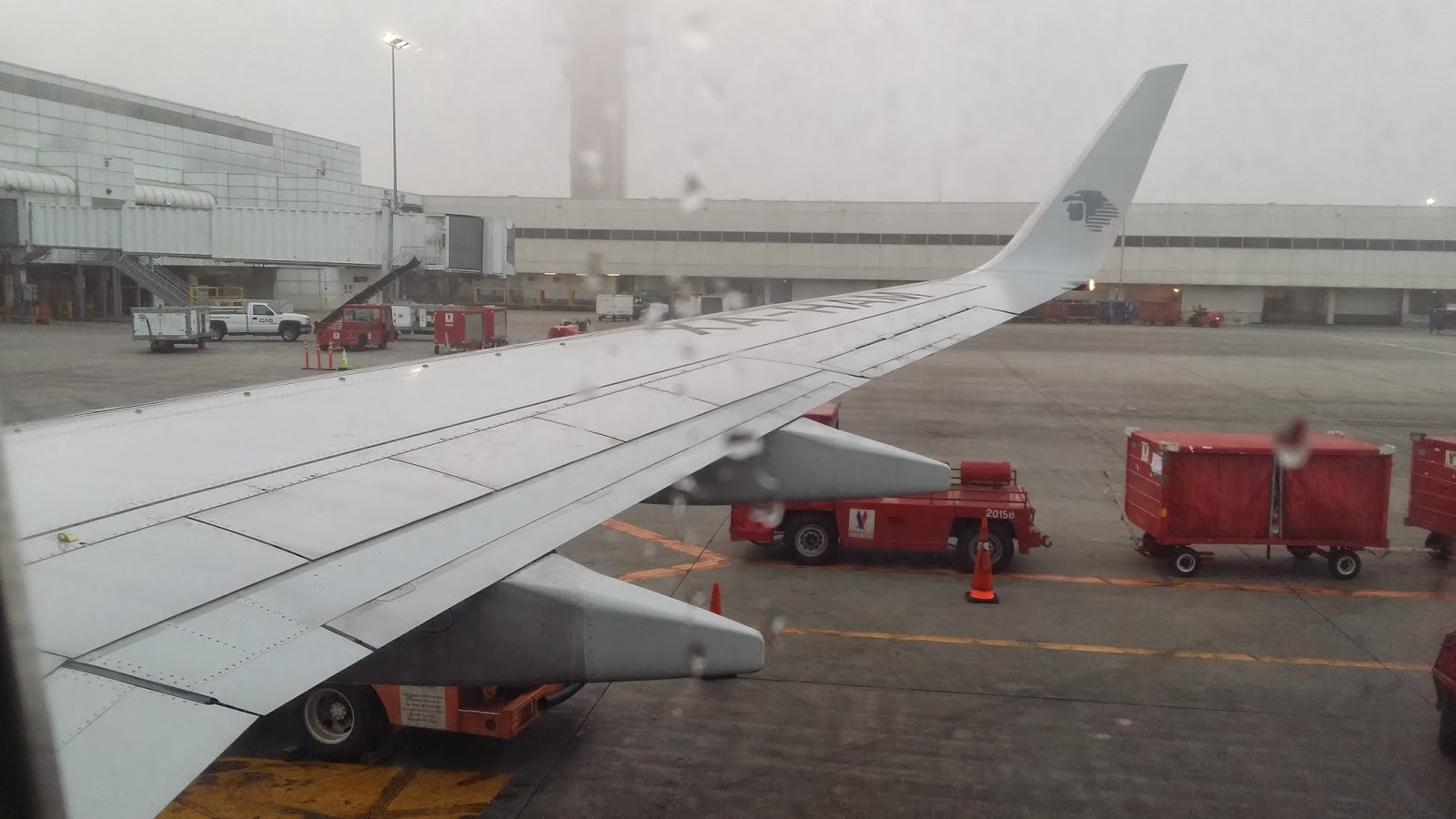 5:03 am PST, LAX Terminal 2 Gate 24
We will be boarding any minute now because the flight crew is doing a roll call of people who did not show up. 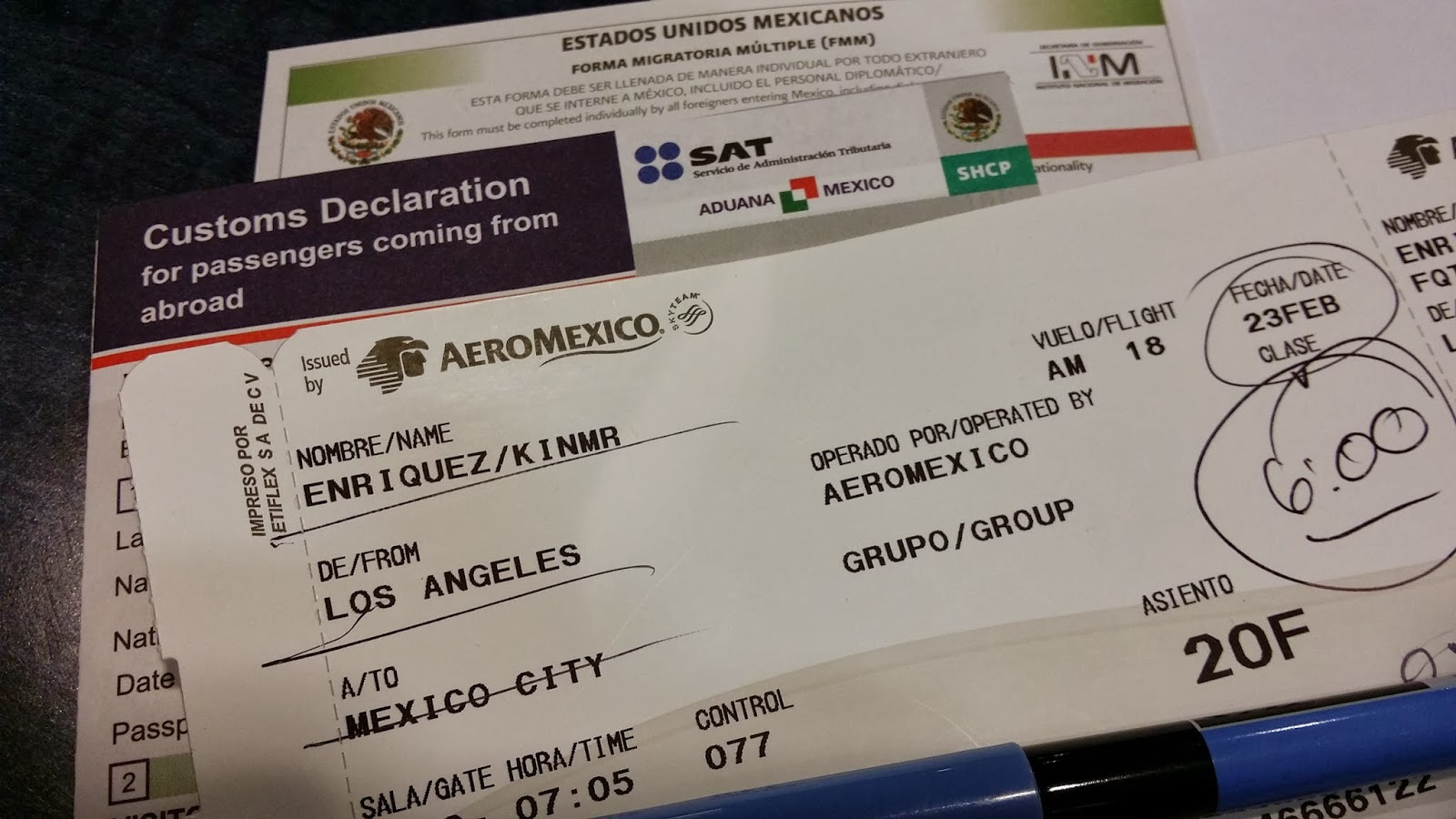 5:03 am PST, LAX Terminal 2 Gate 24
Finished checking in, got my boarding pass and went through the TSA security checks. 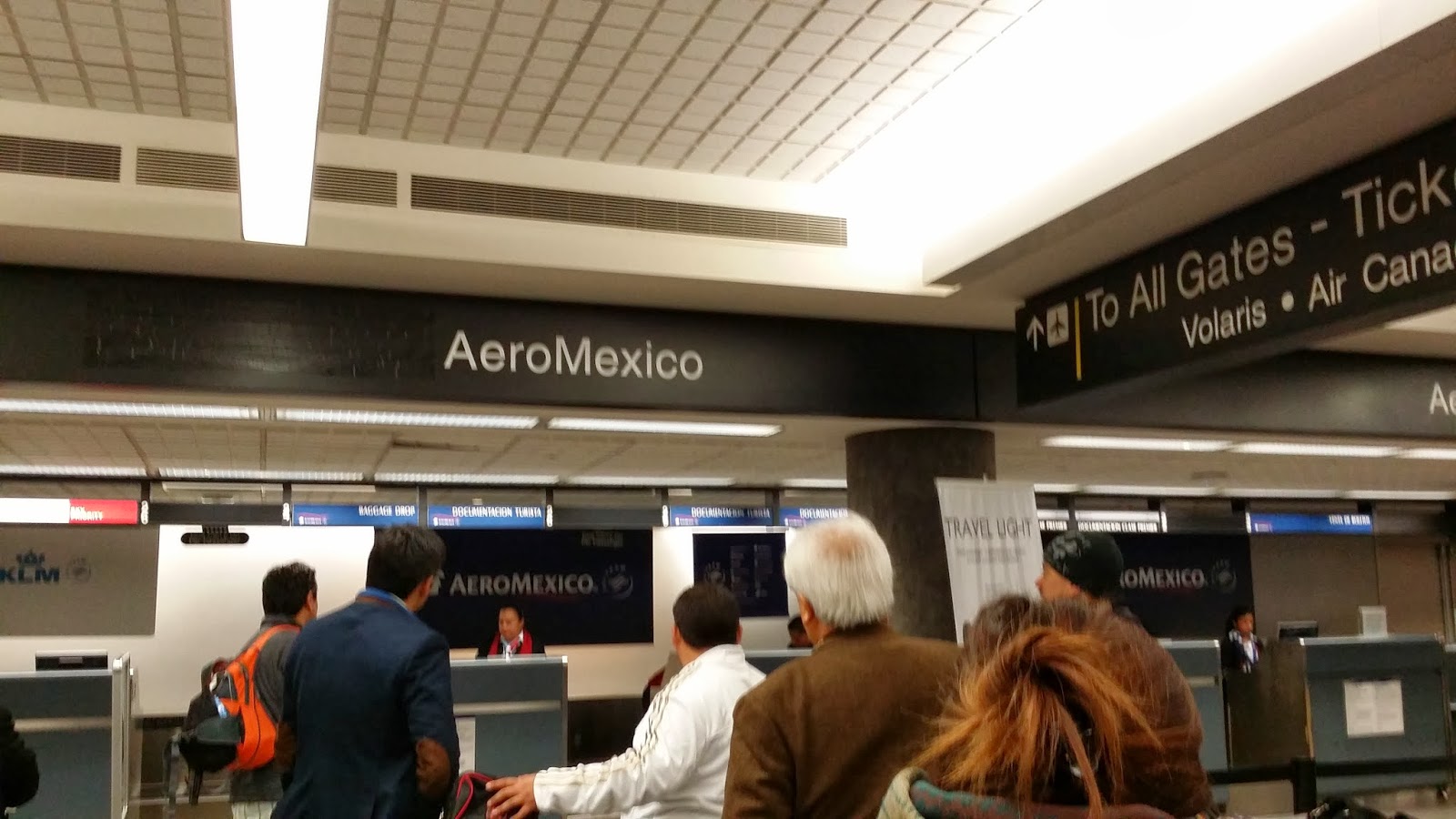 4:15 am PST, LAX Terminal 2
Waiting for the counters to open for check in. 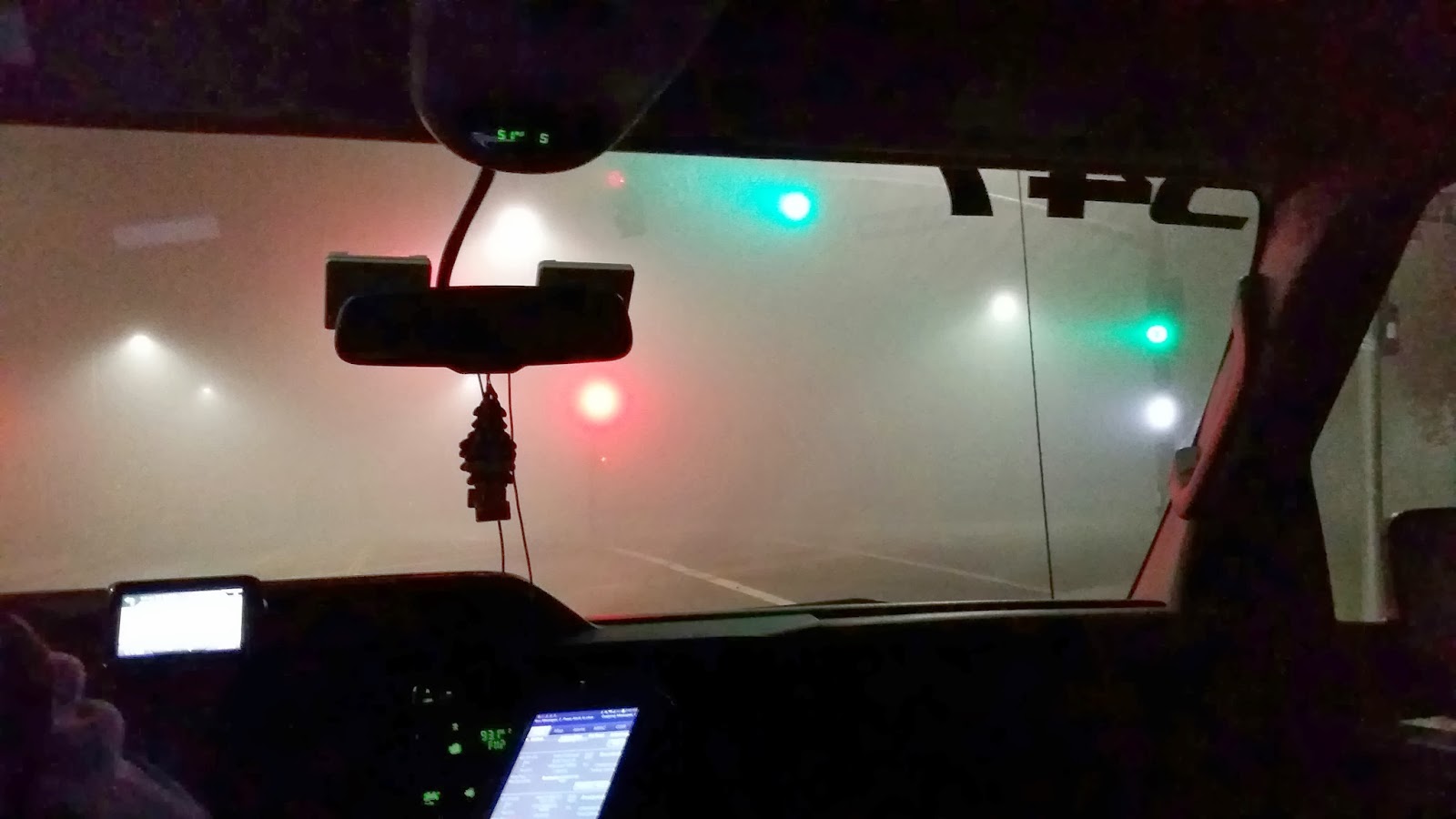 The driver quipped, "at least we're not dealing with snow. " Always a silver lining.

9:01 pm PST, Banana Bungalow Hostel
Back at the hostel now. My phone ran out of juice when I was just leaving Venice Beach so I wasn't able to update after that. We passed through Sta Monica again, then San Vicente, Beverly Hills then La Brea and then back to Hollywood.

An airport shuttle will later pick me up at 3am to bring me to LAX. I have to be there early for my 7 am flight to Mexico City. I will try to catch a nap maybe before that. 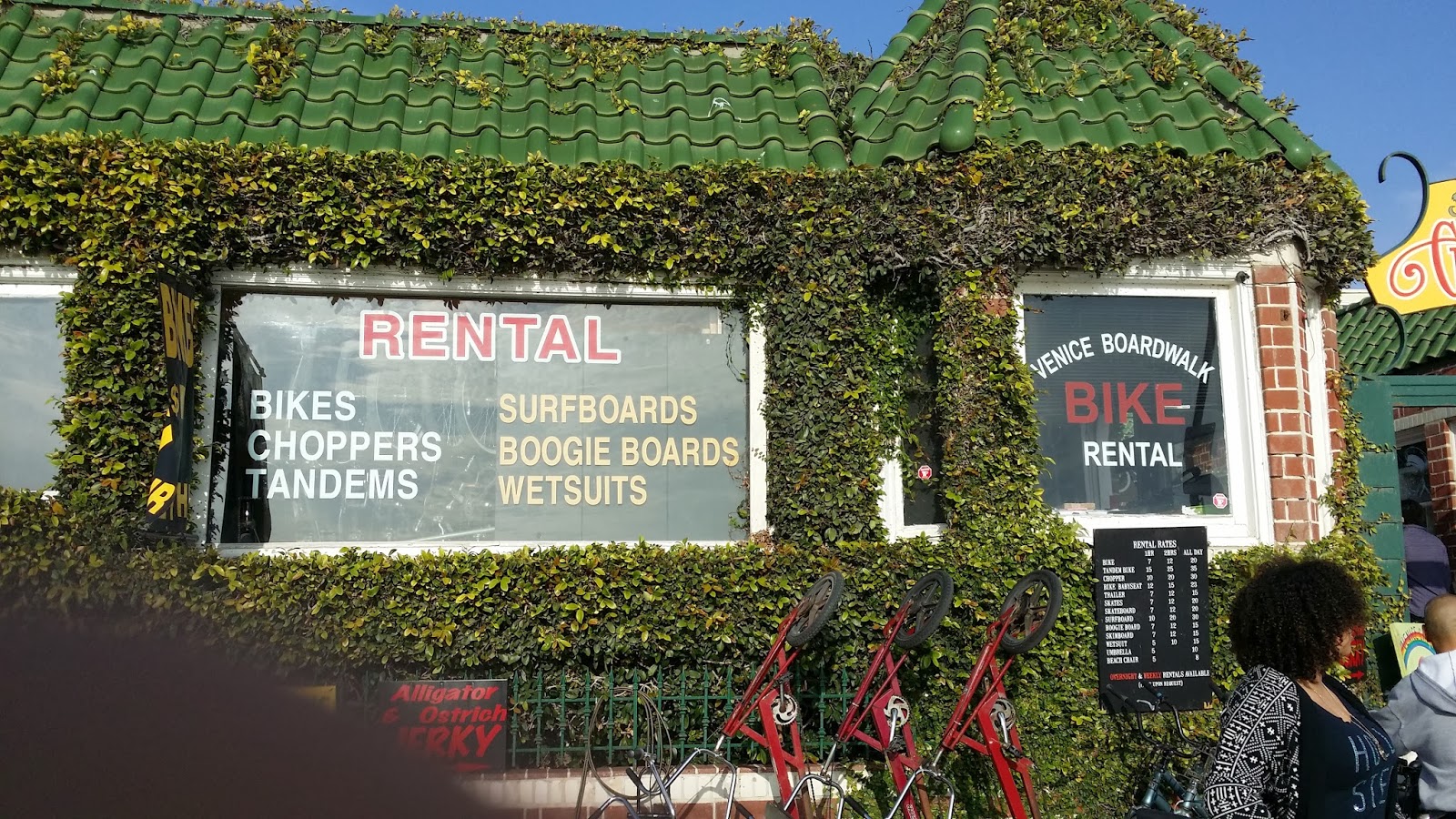 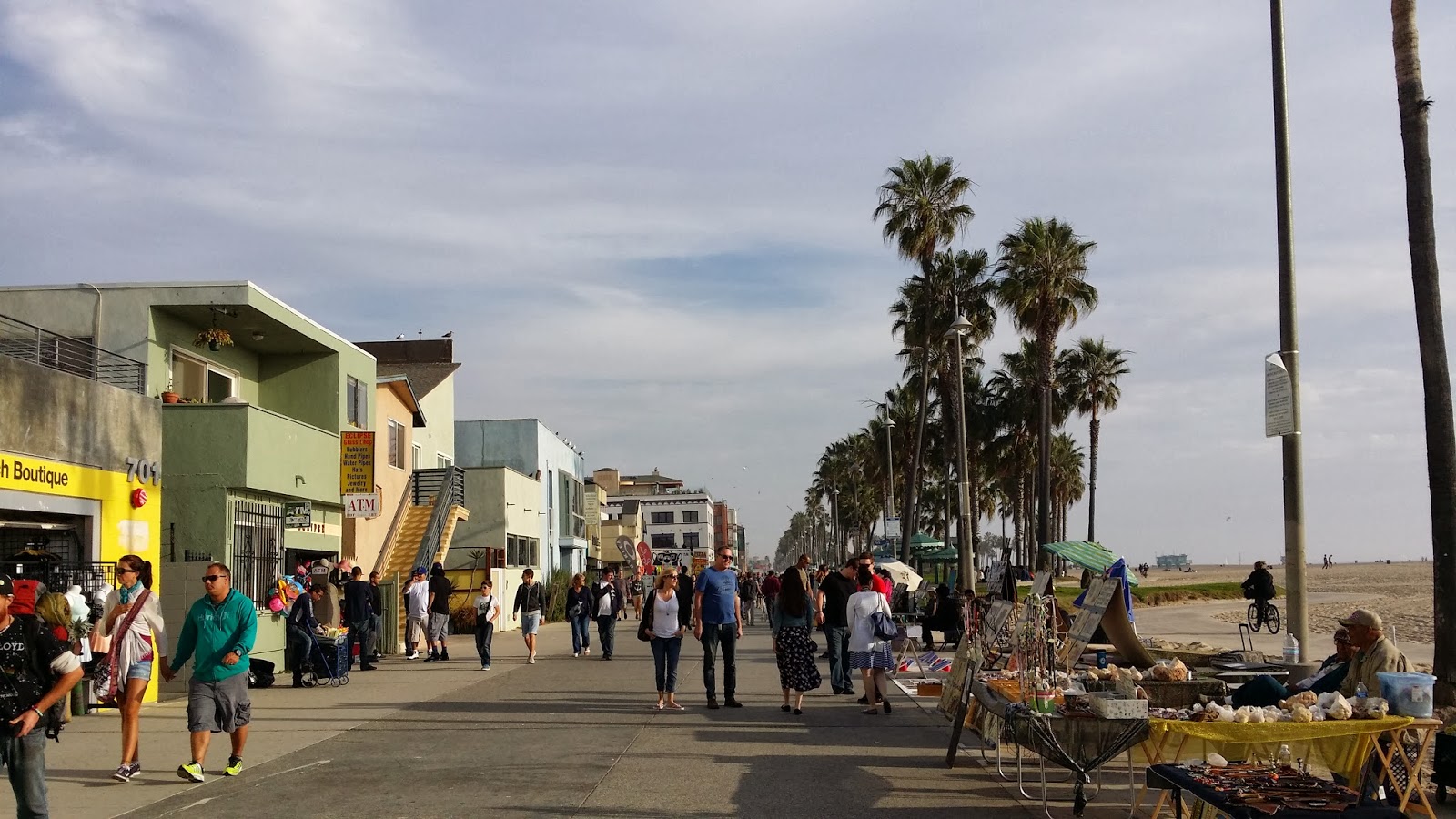 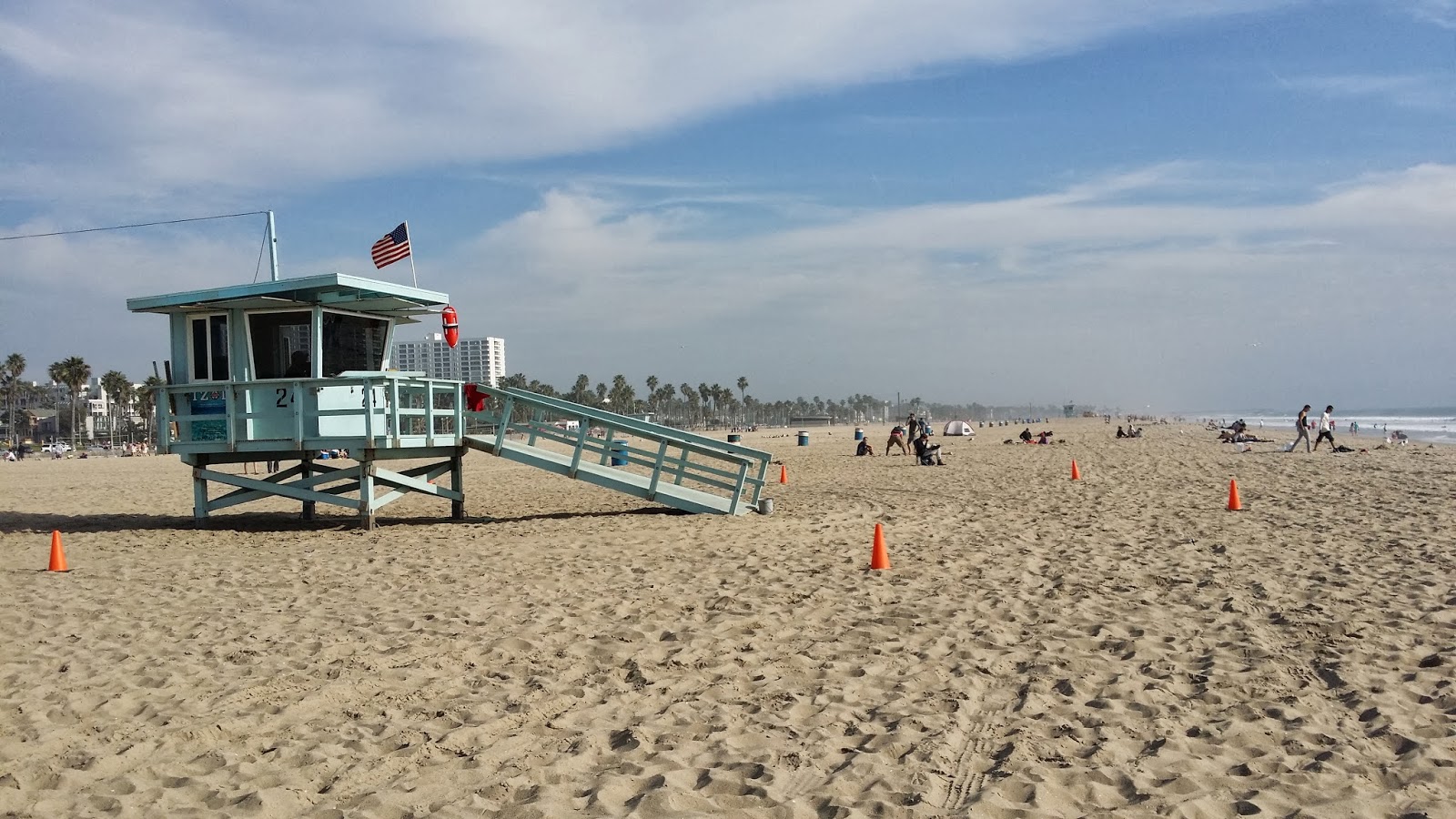 3:20 pm PST, Venice Beach
I walked further south and reach Venice Beach. I see some people surfing, made me wish that I brought my board shorts today.

Venice Beach is bohemian, full of hippies, surfers and colorful characters. It smells of ocean spray with a hint of weed. 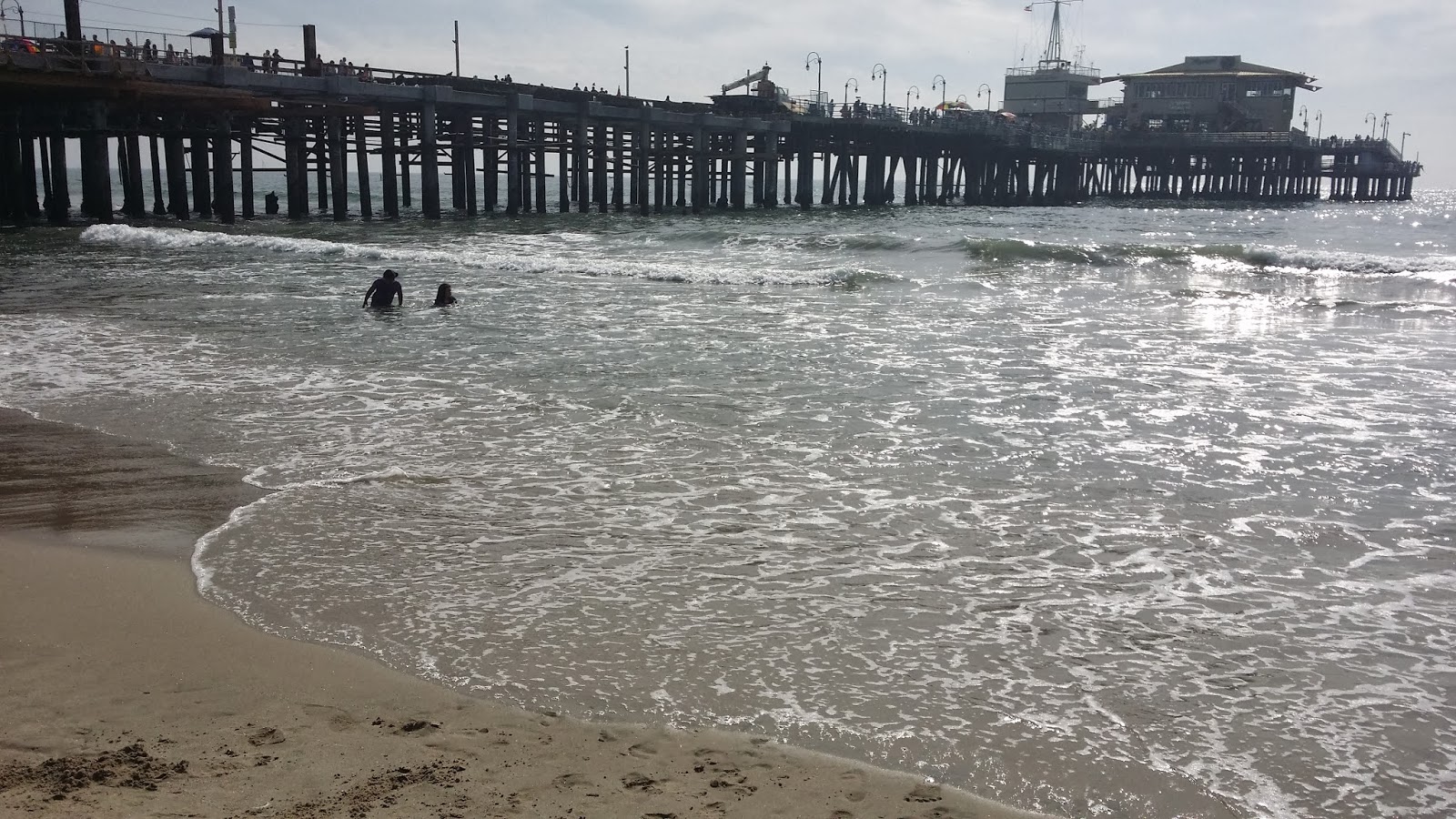 2:30 pm PST, Santa Monica boardwalk
This was a pleasant surprise. I had a vague idea that the bus will only go to downtown but one did go to the beach! I am now looking at the Pacific Ocean, from the other side. 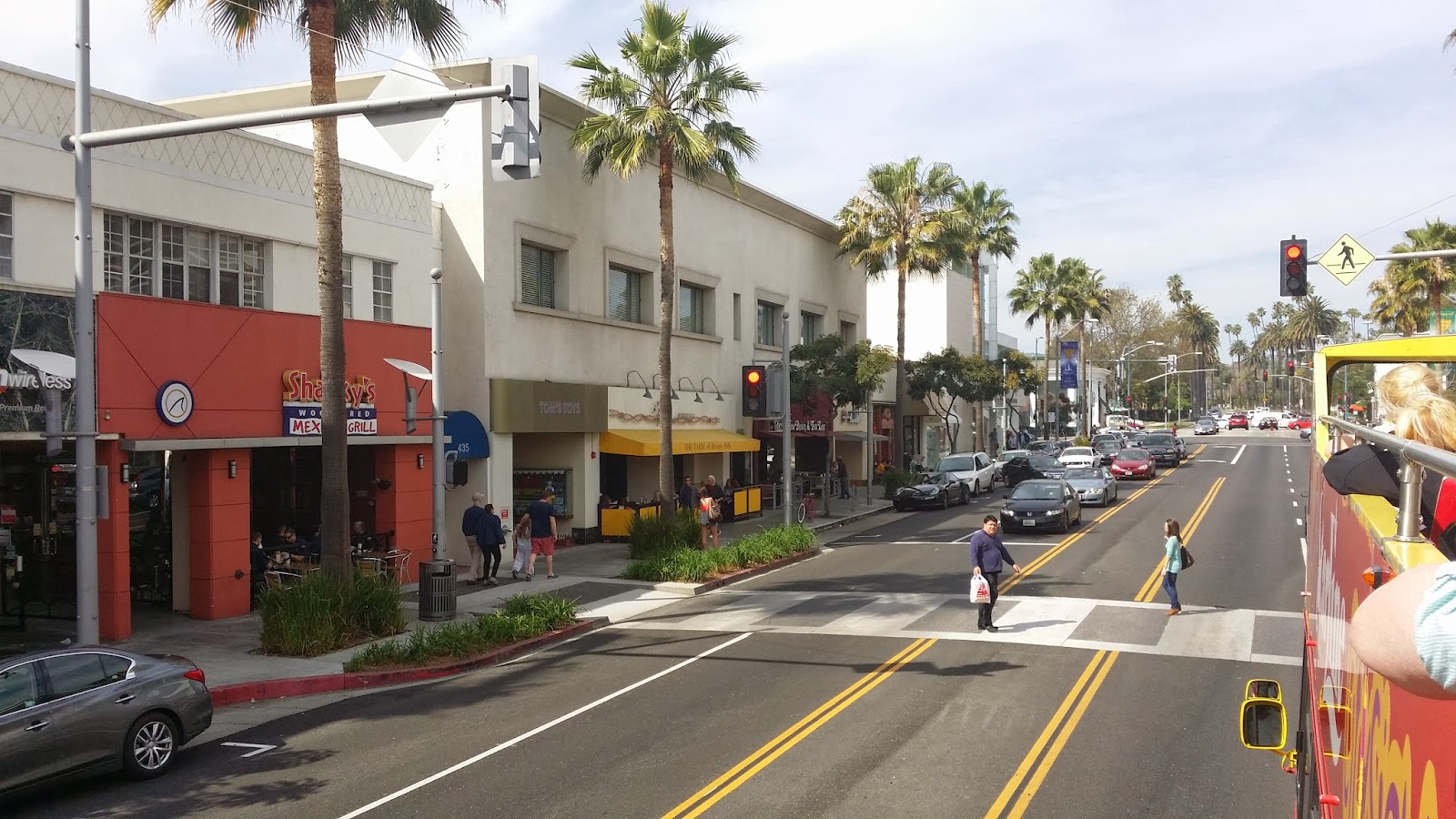 12:05 pm PST, Beverly Hills
From Hollywood the bus pass through Sunset Boulevard then to Beverly Hills. We passed countless of notable places tied to the celebrity and Hollywood lore, banal stuff like where a certain actor died, or where they used to work as a struggling actor. No sighting of any one famous though. Not even a D-lister.

We also passed through Rodeo Dr, the famous high end shopping street that basically epitomizes "conspicuous consumption". Spending some time here is like getting schooled at how the one percent lives.

The tour ended in Beverly Hills City Hall and I'll be transferring to a bus going to Sta Monica. 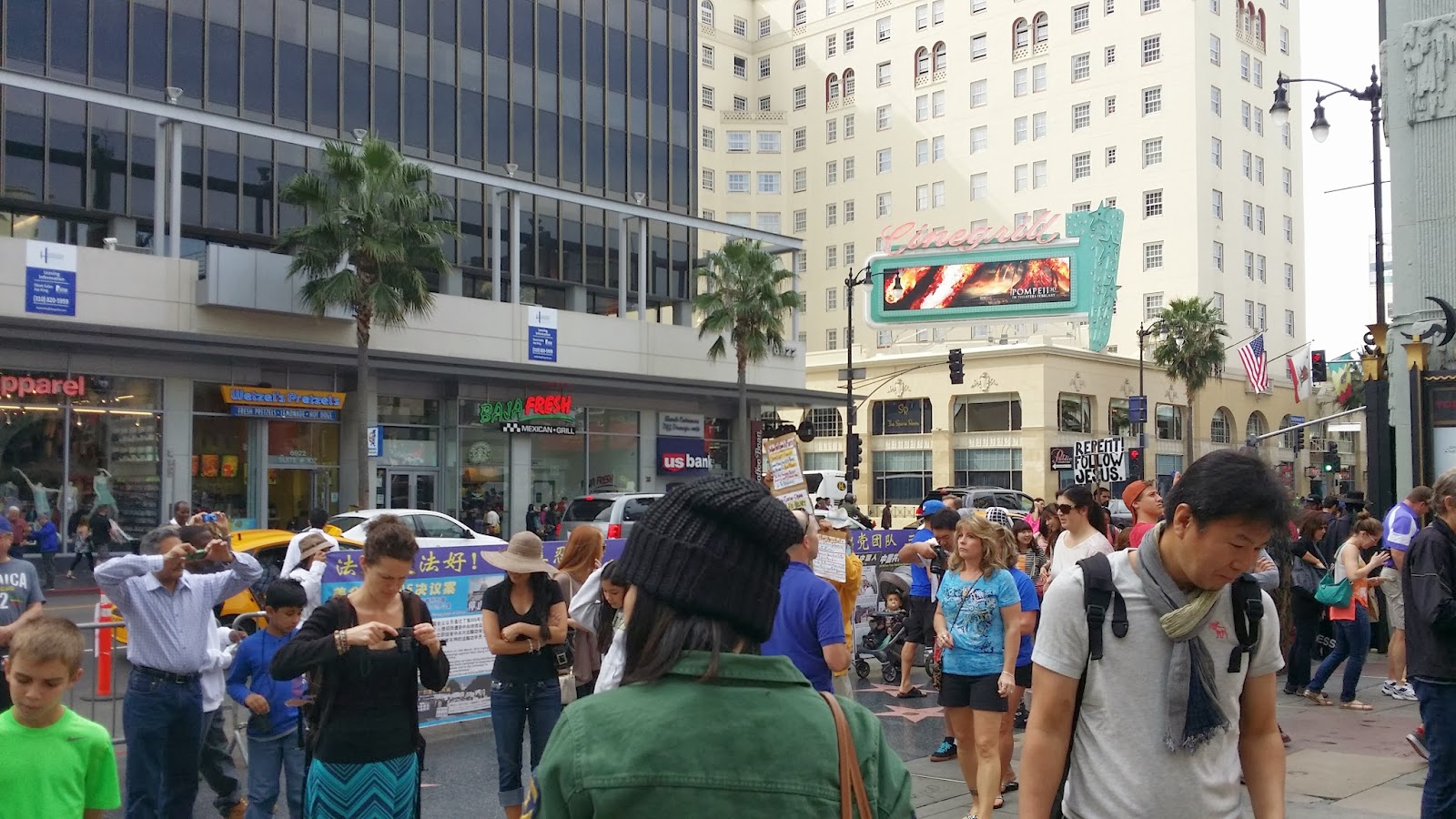 11 am PST, Hollywood Walk of Fame
I took the subway to north Hollywood and ended up in the famous Walk of Fame. I also decided to "cheat" and get on a Hop On Hop Off bus so I can cover as much of the city and not have the burden of navigating. It's a touristy thing to do but well... 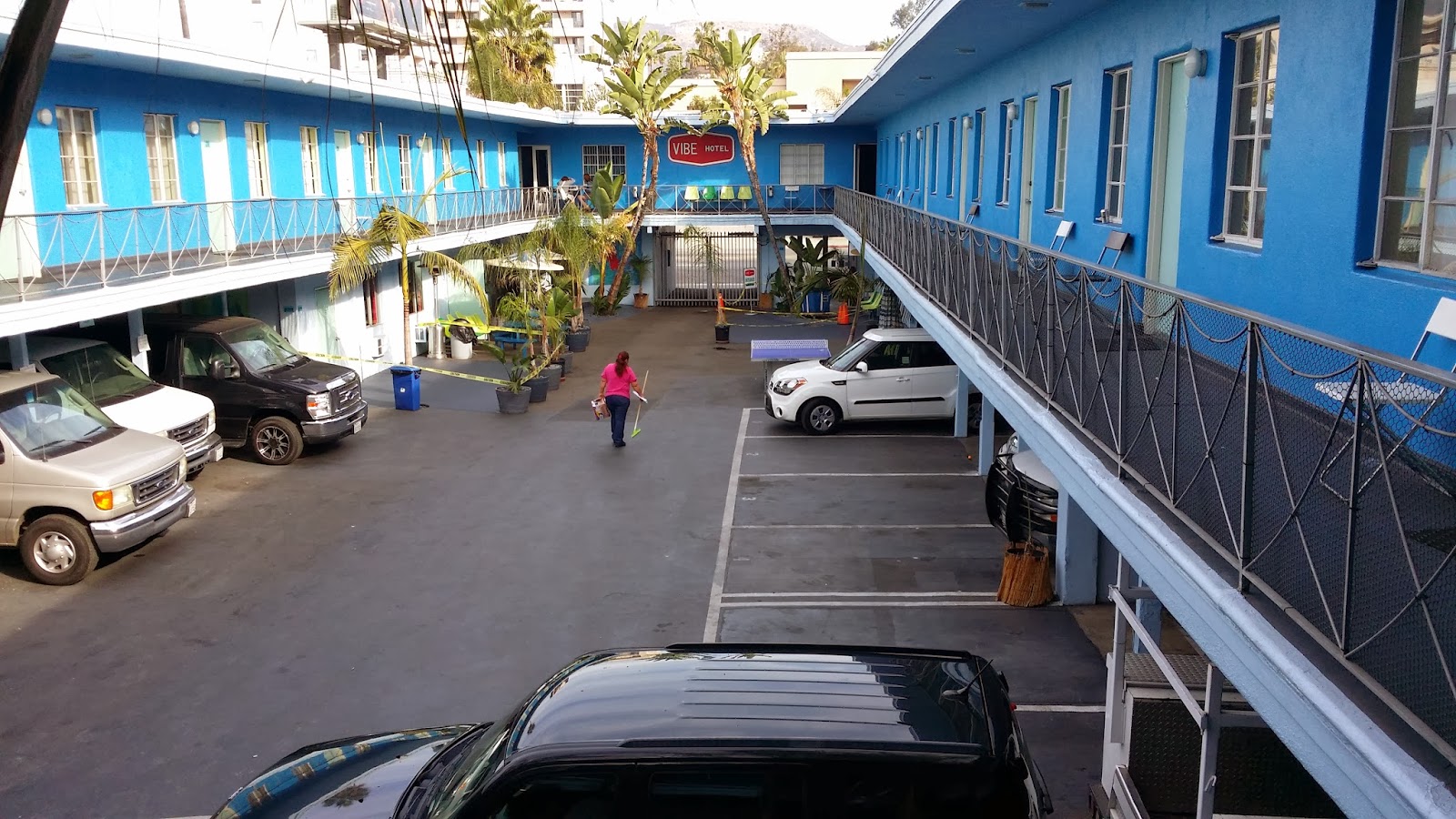 10:05 am PST, Banana Bungalow Hostel
Woke up fresh today, had a good sleep, no drunk roommate to rouse you from your RE sleep. I went down to get the free breakfast, a bowl of cereal and toast, then got prepared for the day. No fixed itinerary for today, will probably explore downtown LA and Hollywood more.

I had a chat with my roommates too, a couple from Berlin. Much nicer than the Romeo from yesterday.