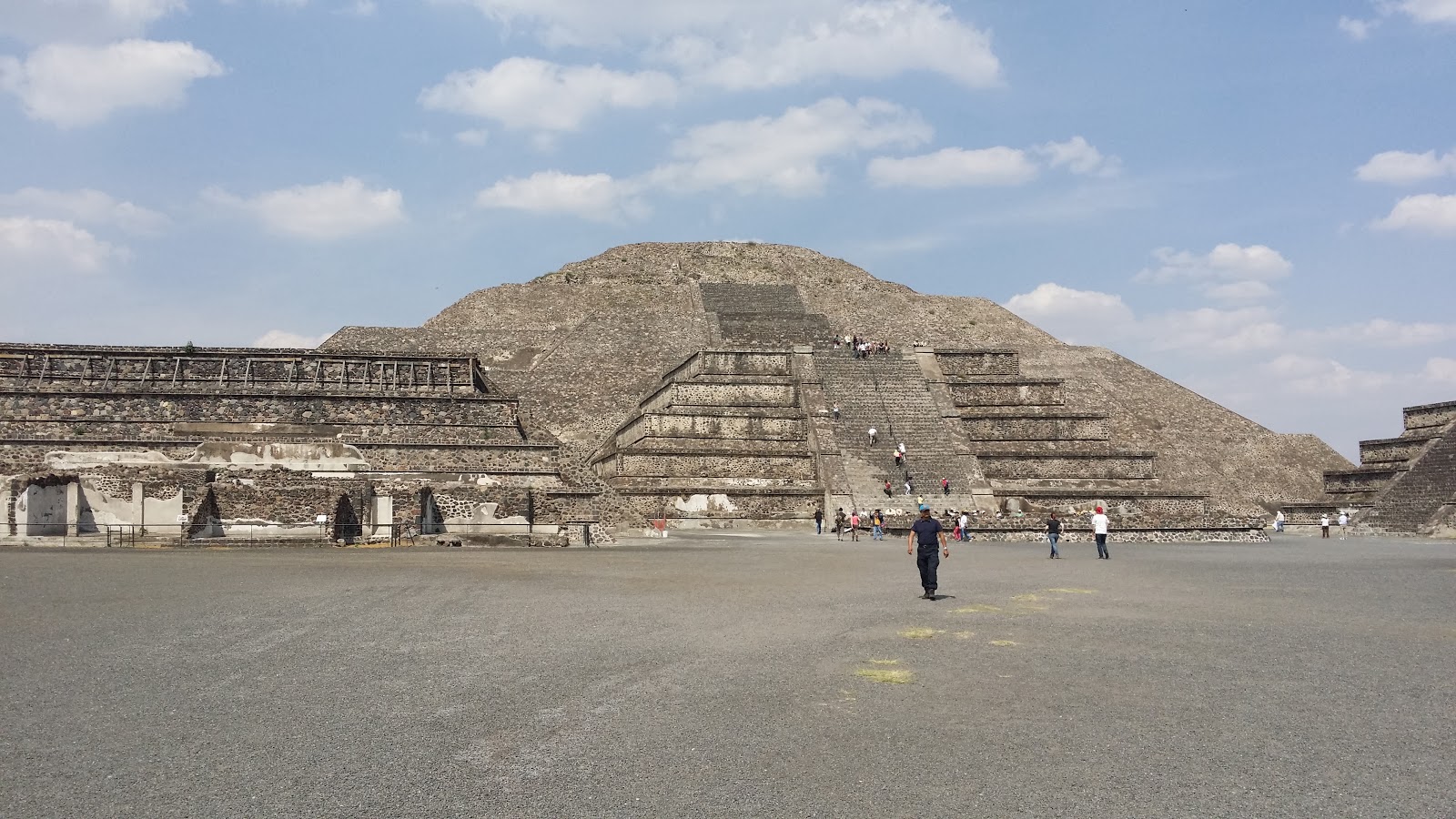 Today I went to the outskirts of Mexico City to visit three landmarks. While on the way there I also had the chance to see some parts of the city.

I will also post the events for Tuesday here since not much is happening on that day except the trip to the antropological museum and the flight to Cancun. 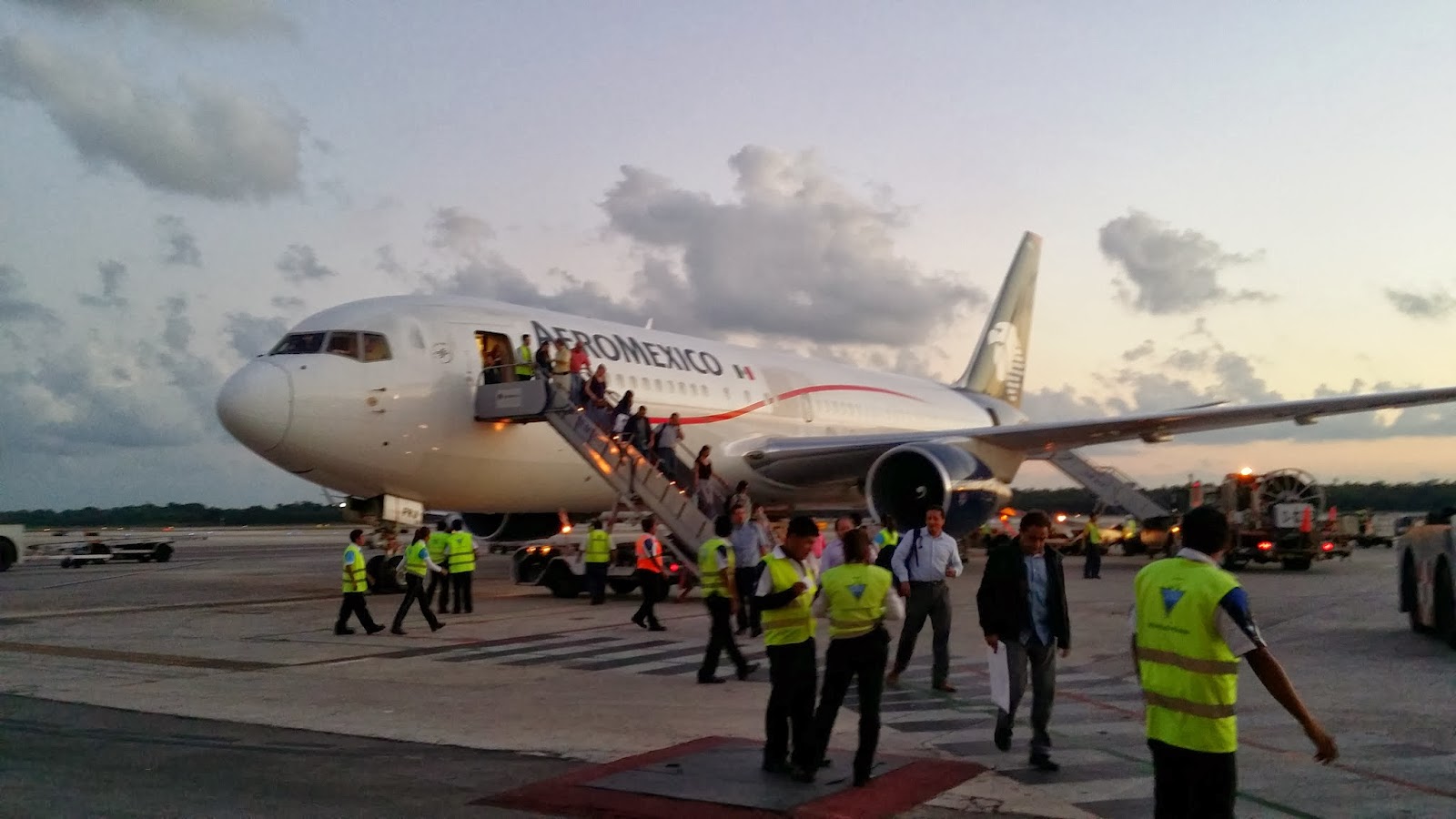 6:00 pm CST, Aeropuerto Internacional de Cancun
We landed right on time. The flight was uneventful. We flew in a Boeing 767-200, and the plane was like a quarter full. They did not serve any snacks on flight except soda and 2 bags of peanuts. 1:44 pm CST, Mexico City International Airport
I'm at the airport now, waiting for my flight to Cancun later at 4 pm. 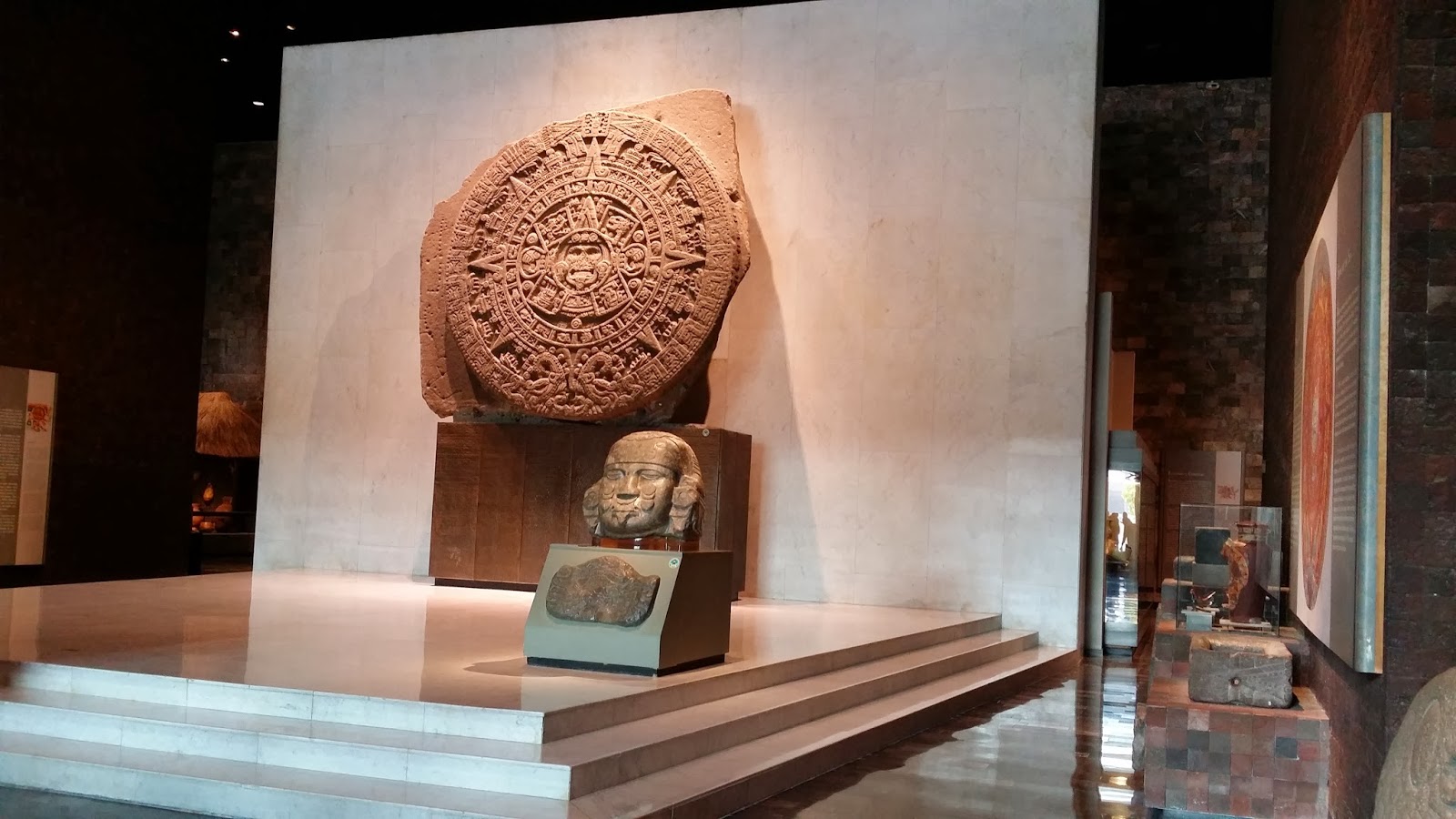 The museum houses hundreds of artifacts unearthed from various excavation sites, including Plaza Mayor and Teotihuacan.  The most famous displayed here is the Mayan calendar, Piedra del Sol. 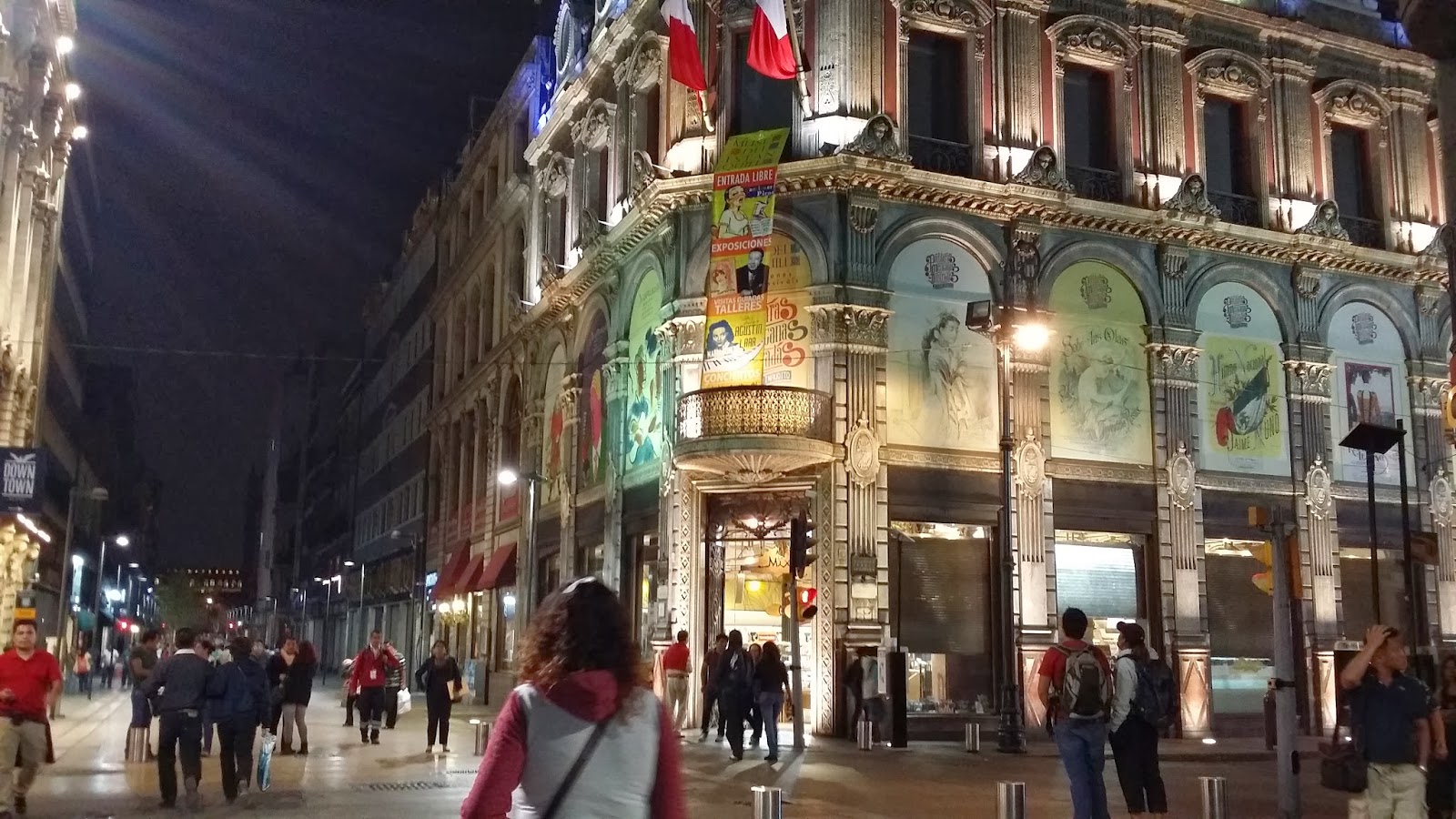 8:30 pm CST, Centro Historico
After resting for a bit I went down to Centro Historico to look for a place to eat. I went inside a place called Los Bisquets and ordered enchiladas. It was good.

After dinner I went around for a while, walking along Zocalo and Merido.  This place looks gorgeous, especially at night.

I then went back to the hostel and watched some TV, the Simpsons dubbed in Spanish. It's strange to see Apu with a Spanish accent. 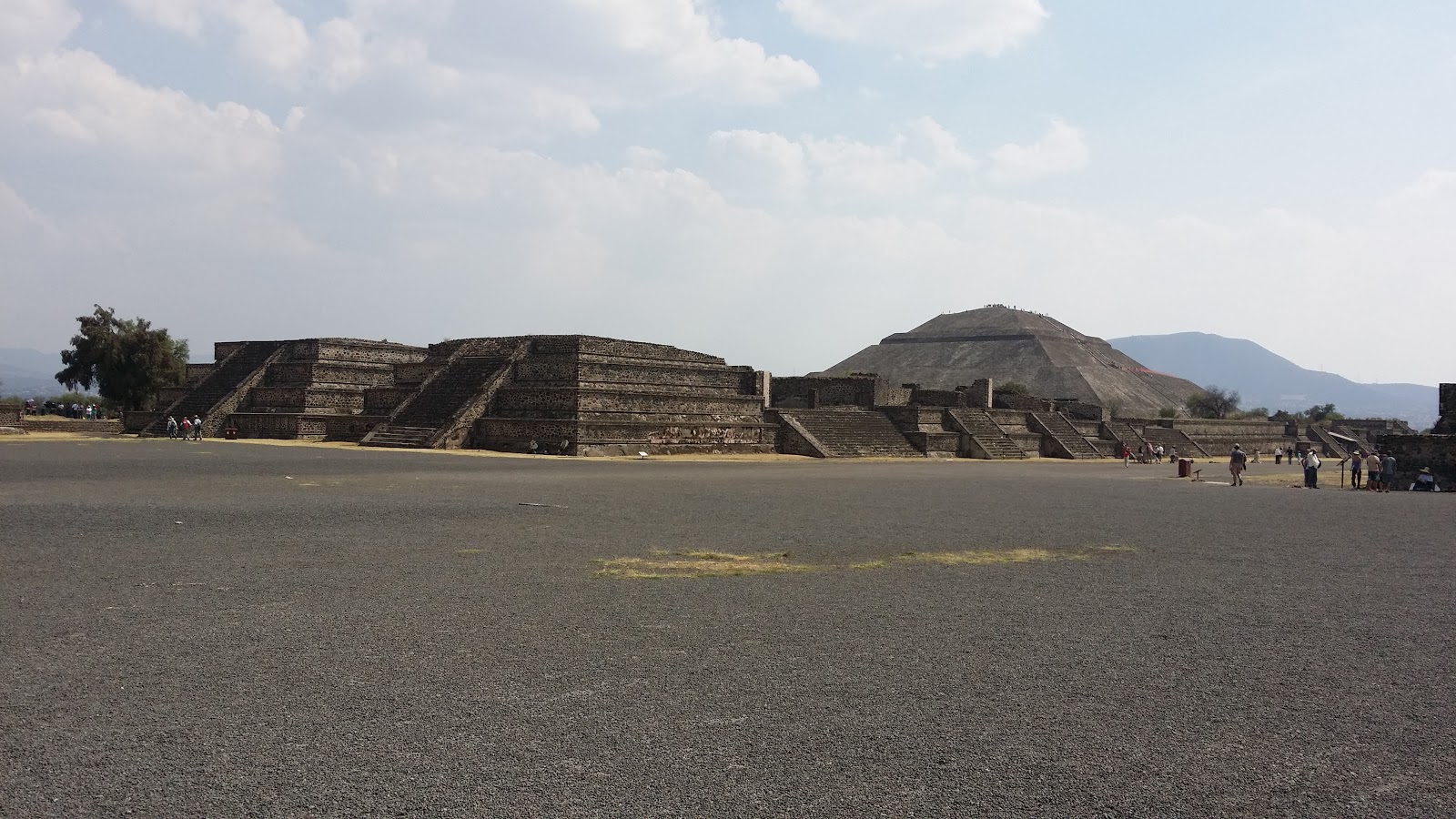 2:00 pm CST, Teotihuacan
The landmark we went to next is the second UNITED World Heritage Site I visited in Mexico. The first one was yesterday, Templo Mayor.

Teotihuacan is a city founded around 250 BC located around 50 km from Mexico City. The whole complex was huge, measuring more than 2 miles. There are many pyramids here, but are dominated by three large ones: the Temple of the Moon, temple of the Sun and the Temple of Quetzalcoatl. Connecting the pyramids is a wide road called Avenue of the Dead. I will blog about the complex and the pyramids individually in the coming posts. 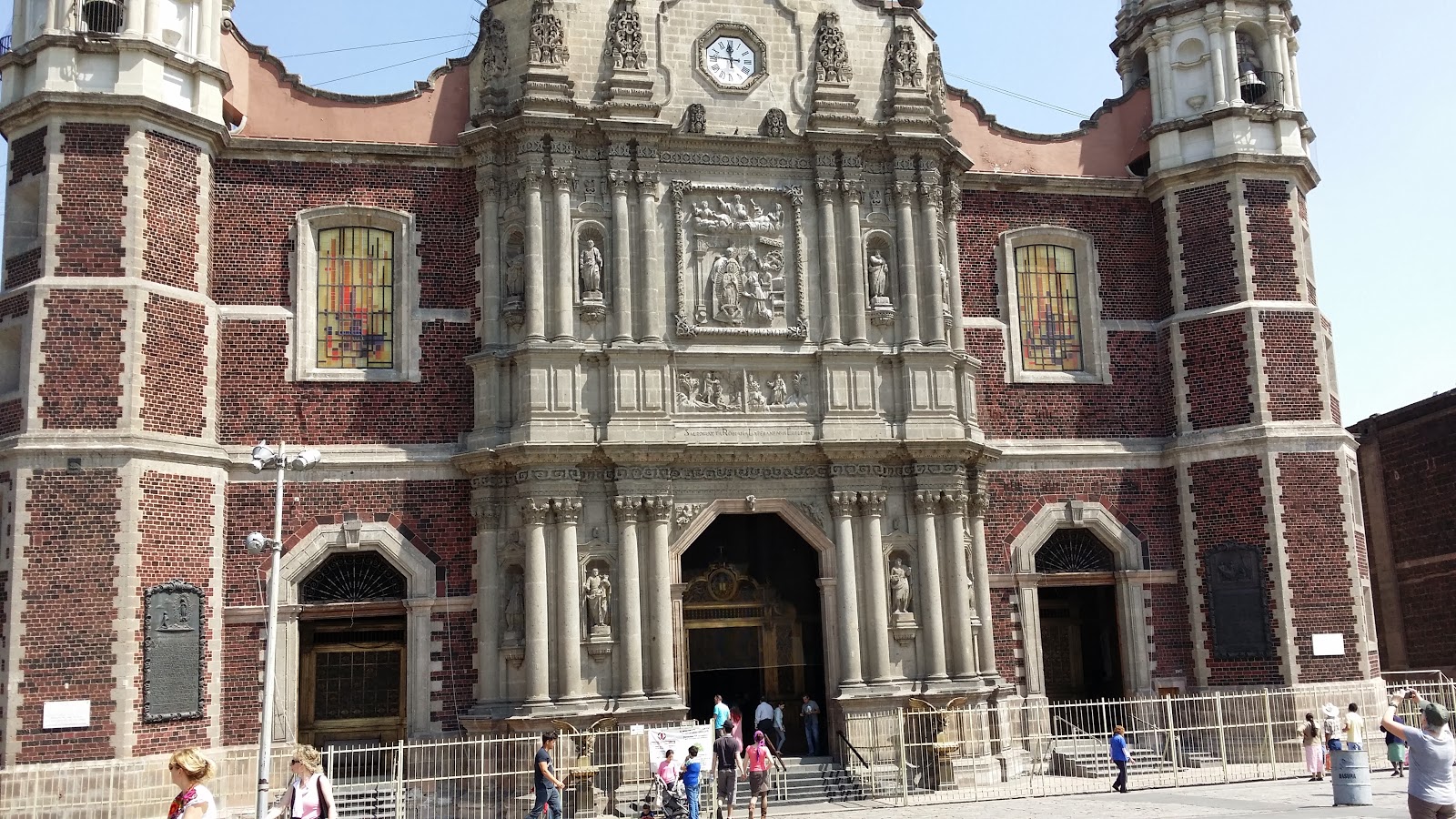 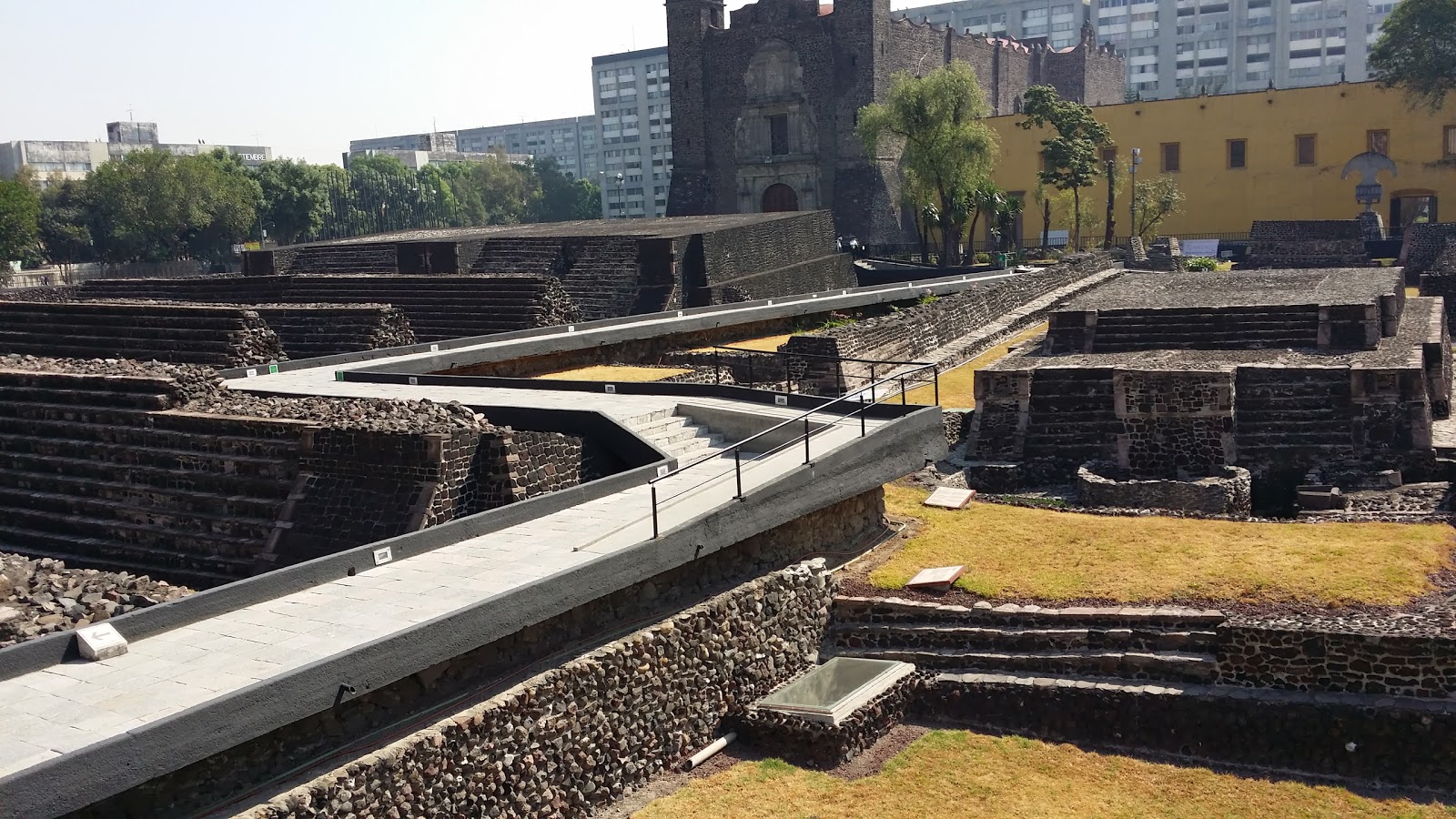 9:30 am CST 02-24-2014, Tlatelolco
The first stop of the tour bus was an Aztec (mexica) excavation in Tlatelolco in a place called Plaza de las Culturas.  Just adjacent to the ruins is the Temple of Santiago, which was built the the 17th century.