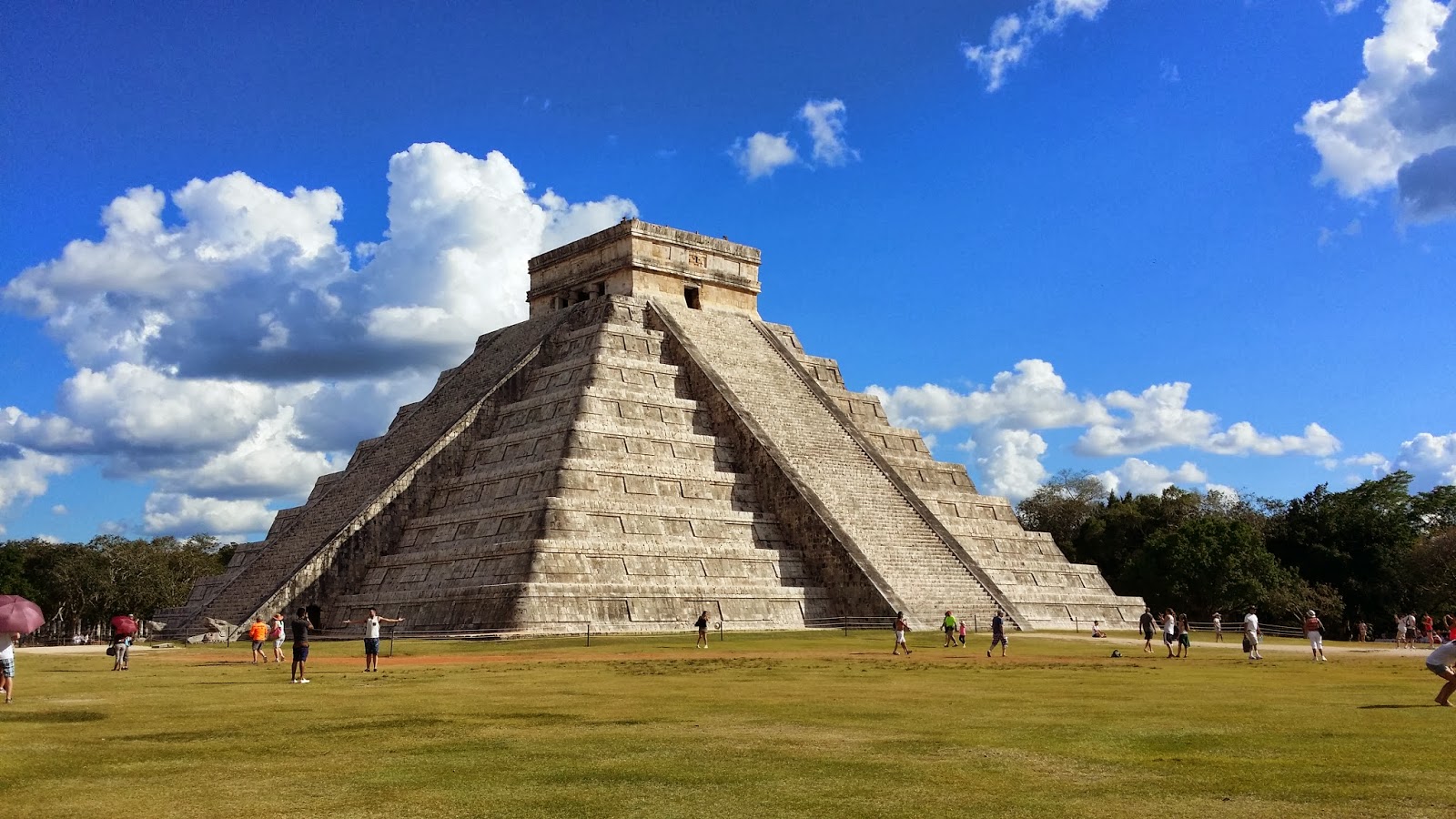 Day 8 now on my trip to California and Mexico 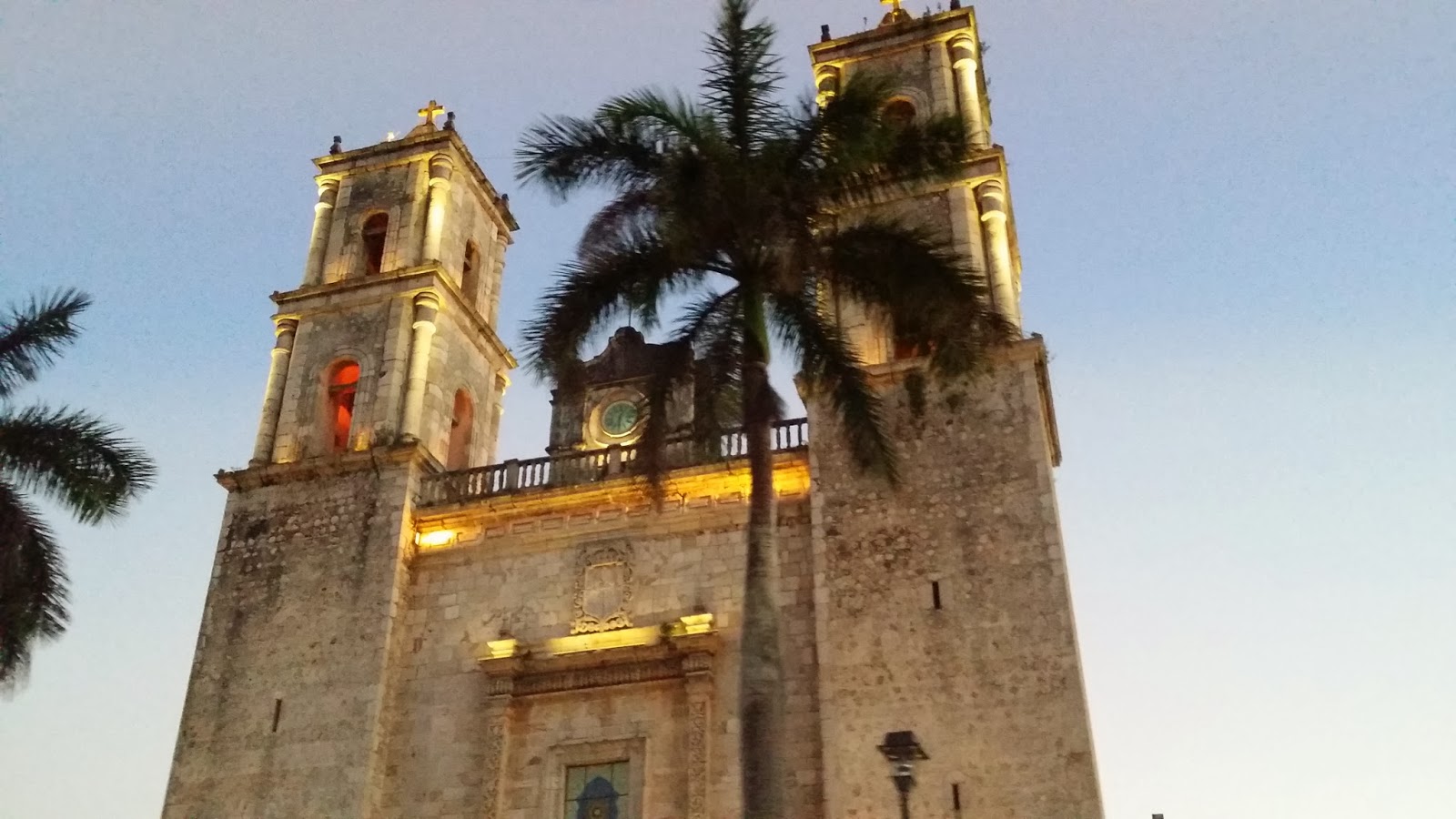 5:30 pm CST,  Valladolid
We made a side trip to a town called Valladolid on our way back. We spent some time in the plaza, where a pageant was going on.  We also tried a local pastry called marasquistas, which is a crunch roll filled with cheese and chocolate.

We set out for Cancun after that, and we arrived around 9 pm.

2:30 pm CST, Chichen Itza
We arrived in Chichen Itza a little past 2 pm.  After getting our tickets we went inside the archeological site. 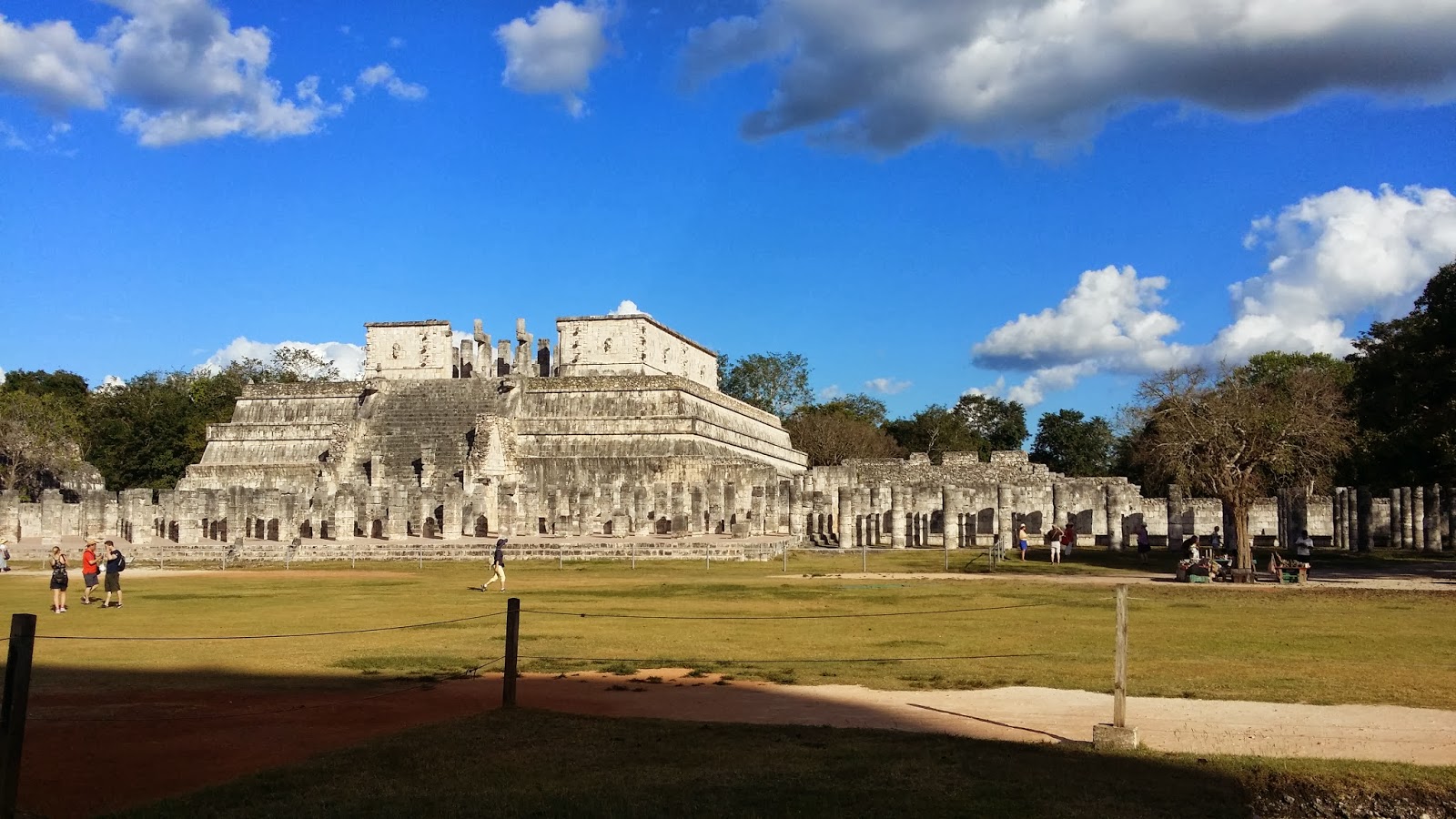 The most prominent structure there is called El Castillo (The Castle), also known as the Temple of Kukulkan, the feathered serpent god of the Mayans. He is equivalent to Quetzalcoatl to the Aztec. The pyramid is oriented to face west, which during the equinoxes the sun will cast a shadow that gives the impression a snake is going down (or up) from the pyramid.

After settling in we all went down to the cenote, which is a natural sinkhole about 5 stories deep below the surface. It is filled with water and about several tens of feet deep. 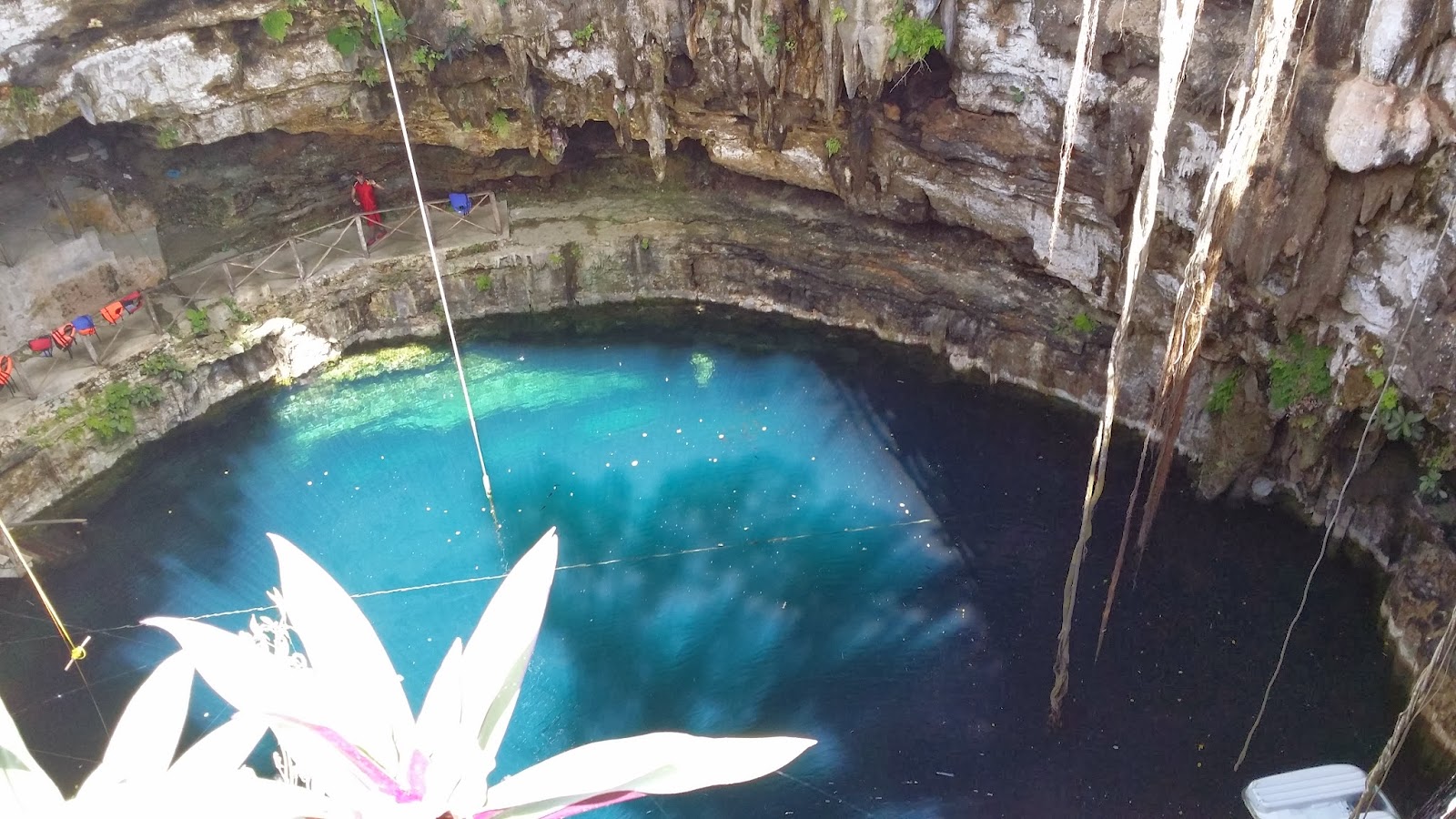 I changed into my boardies and went to the platform. There's a swing there that you can swing over the water and you let go. I tried it and found it exciting that that I did it several times. The water is cool which is very welcome as the weather is hot and humid. Many in the tour group jumped in as well.

I swan around the cenote for several more minutes then went up to have lunch. We set off to Chichen Itza after that. 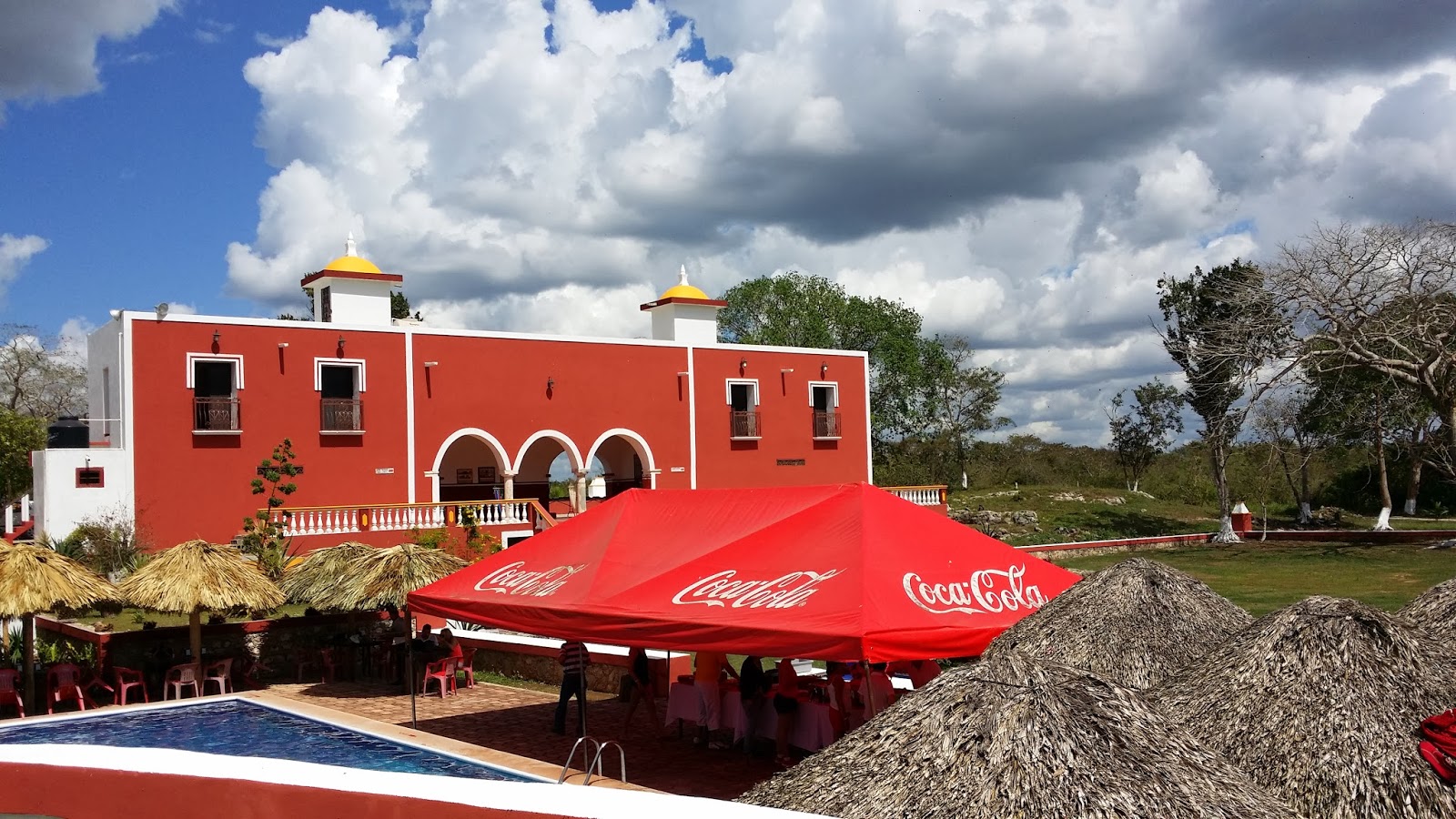 11:00 am CST, Hacienda  Lorenzo Oxman
We finally arrived at the hacienda, our first stop and about half way to Chichen Itza.  The lunch will be served here and the cenote is here too.

9:00 am CST 02-26-2014, Moloch Hostel, Cancun
After a bit of a miscommunication with my reservation to the tour, I was finally was picked up by the shuttle. We were brought to a pick up point where we boarded a bus that will take us to Chichen Itza. It's my first time to see Cancun since I arrived last night.

I was told that the tour includes a side trip to a town called Valladolid, and to a hacienda with a cenote, a natural sinkhole.

After everyone was accounted for we started for Chichen Itza. It is in a town called Tinum I the Yucatan Peninsula, about 150 kilometers away. I chatted up two Asian-American guys from LA, who were brothers, and they became my de facto companions during the trip. One of them works at the Jet Propulsion Lab hunting for asteroids, which was very cool.

The tour was guided by a professor who also advocates for the welfare of the Mayans.