My last full day in Cancun. No trips today but to the beaches. This post also covers Friday, Saturday and Sunday.

3:00 pm CST, Lambert-St. Louis international Airport
My flight arrived in St Louis just before 3pm. It's snowing outside and there's a storm warning. My California/Mexico concludes here, as I will be on a business trip in the next two weeks. Thanks for following me in my trip. I'll be blogging about each of my experiences during the trip in the next few days.

See you all at the boarding gates!

7:00 pm PST,  San Francisco International Hostel
I got in the hostel just before 7. I just had a few minutes to freshen up. I will be meeting my former colleagues in a Japanese restaurant a few blocks away.

After the dinner I went around Market St and downtown SF. I went back to the hostel just before 11, after which I packed then slept for a few hours before heading to SFO for my morning flight to St Louis via MSP.

3:00 pm PST, Oakland International Airport
I arrived in Oakland a little past three. My cousin and nephews actually picked me up in the airport. We went to a Chili's restaurant in downtown Oakland to catch up, and they will bring me to my hostel in San Francisco. 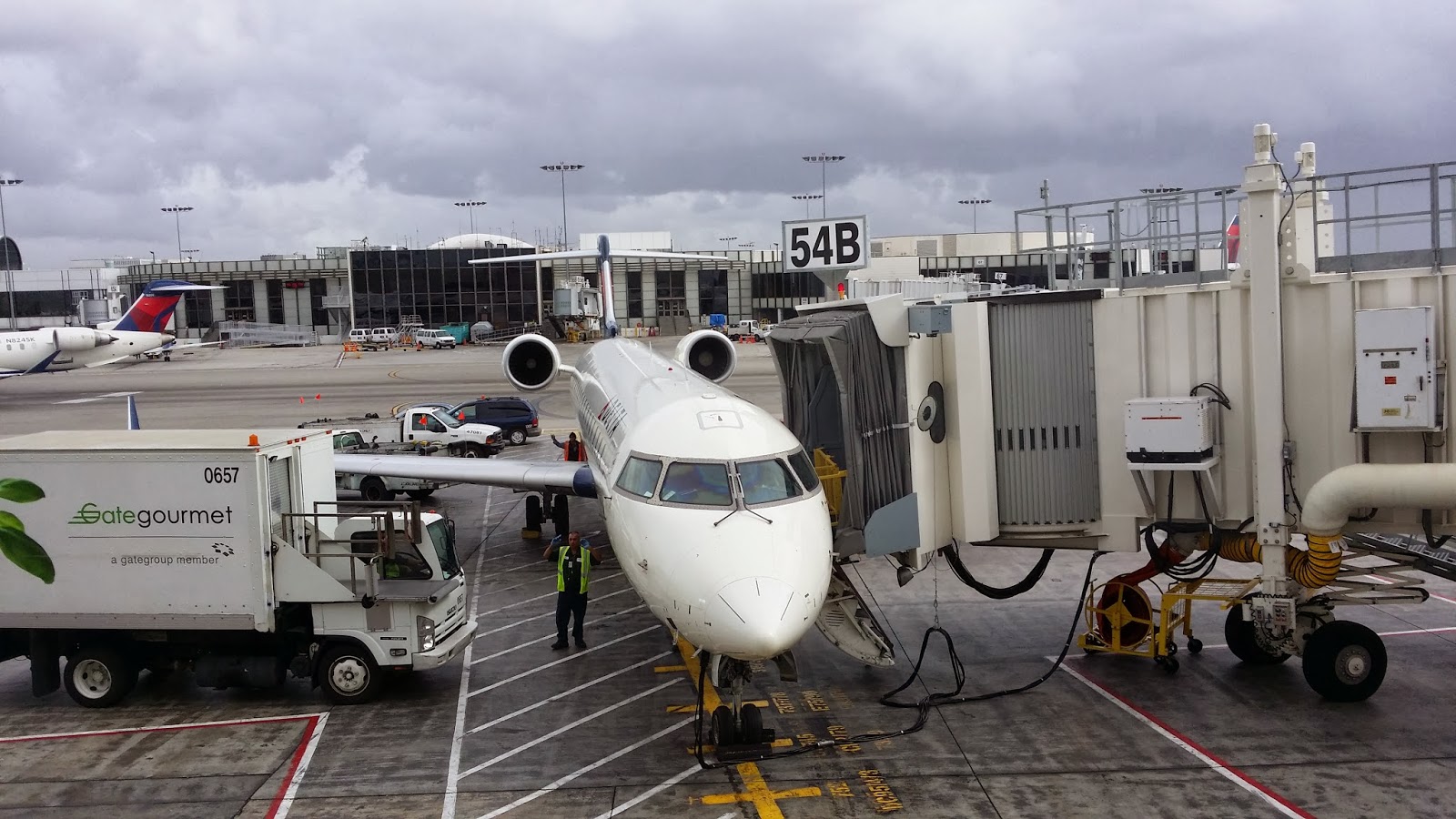 12:27 pm PST, LAX Terminal 5 Gate 50B
I'm trying to amuse and keep myself awakr by reading Enders Game. I got my mobile boarding pass and seat assignment (window seat as usual) and I'm just waiting to board the plane to Oakland. I'll be flying in a Canadair CRJ700 jet. 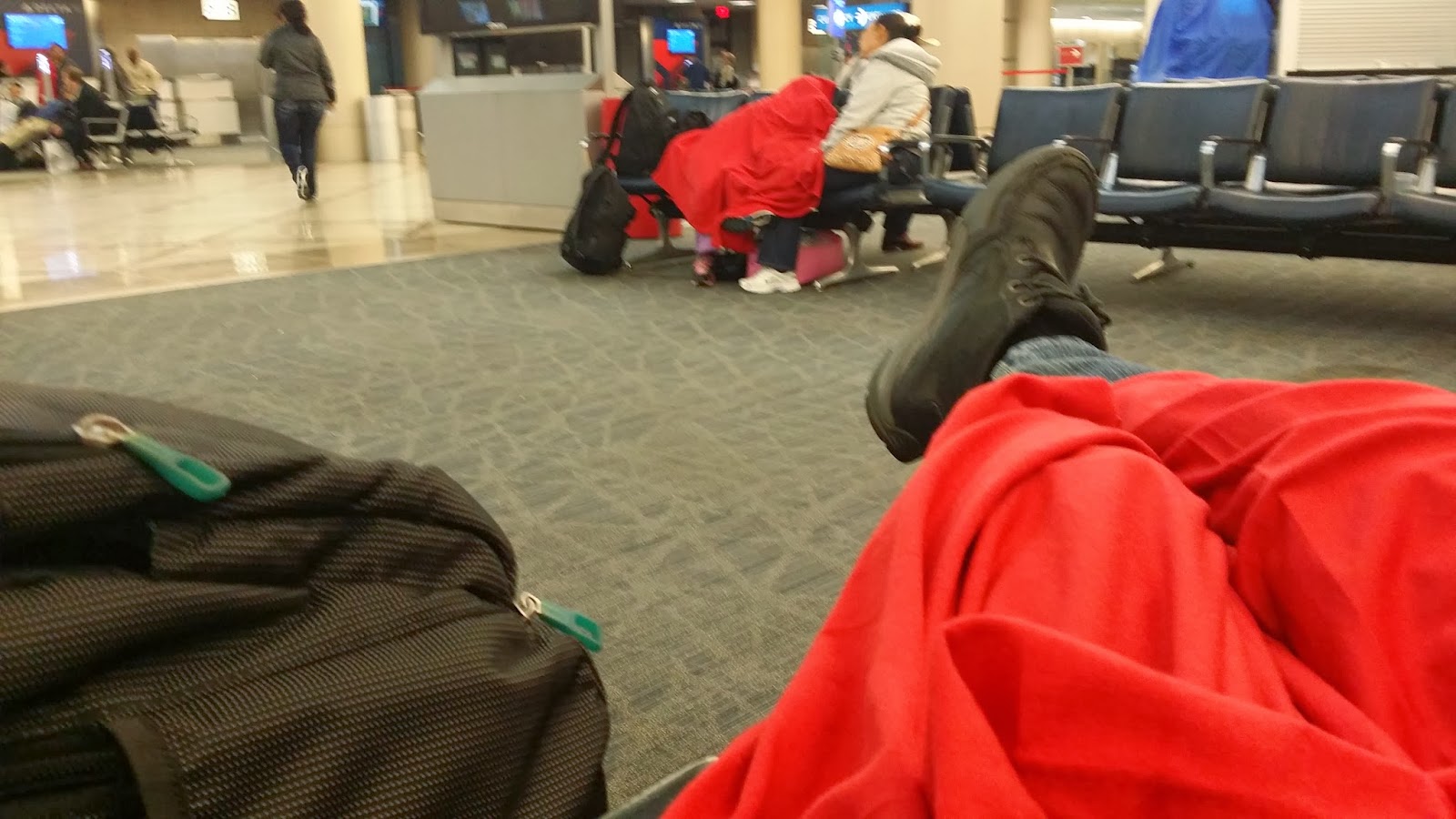 7:30 am CST, LAX Terminal 5
I managed to sleep for a few hours but had to get up from the bench because the terminal is getting busy. Delta didn't give us accommodations because apparently they ran out of hotel rooms because of the mass cancelation last night. I'm walking around the terminal looking for a place to get breakfast.

This is rich. After been delayed several times they finally canceled my flight. I managed to get myself rebooked to a flight to Oakland, at 1:30 pm later, as the SFO flight is at 7 pm.

I'm still waiting for the hotel accommodation that Delta will provide as apparently due to the number of cancelations the hotels are fully booked as well.

11:10 pm CST, LAX Terminal 5 Gate 55
Finally the plane from SFO is here. We're scheduled to leave 11:20pm so that means we will arrive in San Francisco way past midnight.

Lots of flights were delayed and some were canceled because of the weather so the terminal is getting crowded now. 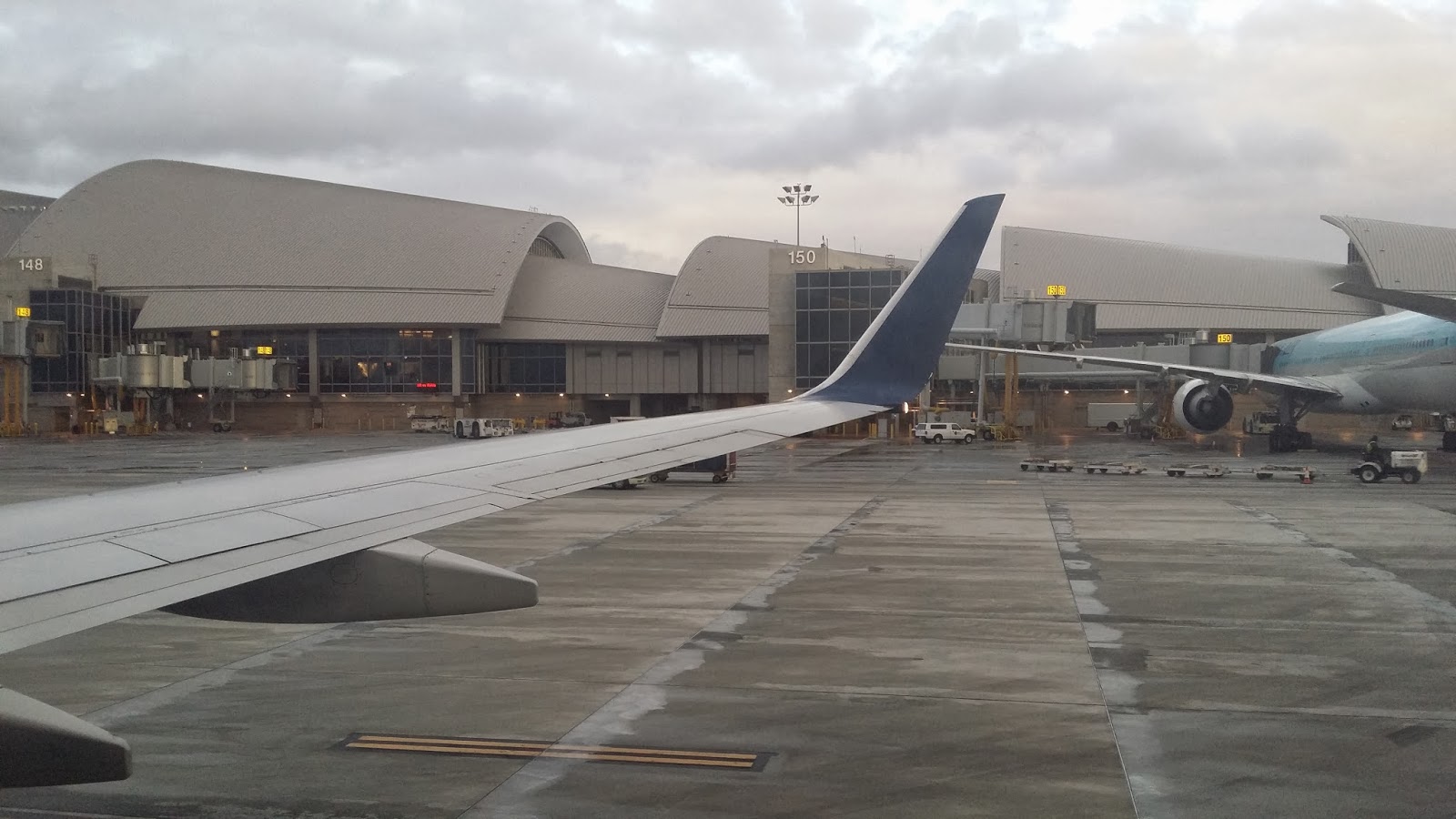 6:00 pm PST, Los Angeles International Airport
We arrived on time, although there was a delay getting to the gate. We disembarked on Tom Bradley International Terminal. I went through immigration praying that it will be fast, since the check in for the SFO flight is at 7:30. I got through immigration in about 30 minutes, and immediately raced to Terminal 5 for my flight to SFO. Got through the TSA checks with about 20 minutes to spare but that was for nought, as the flight was delayed. First it was delayed to 8:55, now they're announcing that the flight will leave past 10 pm.

Check in was a breeze, those self service kiosks are really helpful. Flight to Los Angeles was on time, aboard a Boeing 737-700.

After breakfast I did a couple of errands; I went to the post office to drop some postcards, then went back to pack.

Now feeling that kind of sadness that we all feel at the end of journey.

Me and my roommate decided not to go out anymore, so we just bought a few beers from a local convenience store and had them while trading travel stories by the pool. Yes, the hostel has a pool, the first hostel I've been that has one.

Lukas, who's from Germany and who backpacked around central America before passing in Cancun, will continue his trip to a small island in the Carribean side of Mexico. I on the other hand, will fly to Los Angeles then to San Francisco tomorrow. 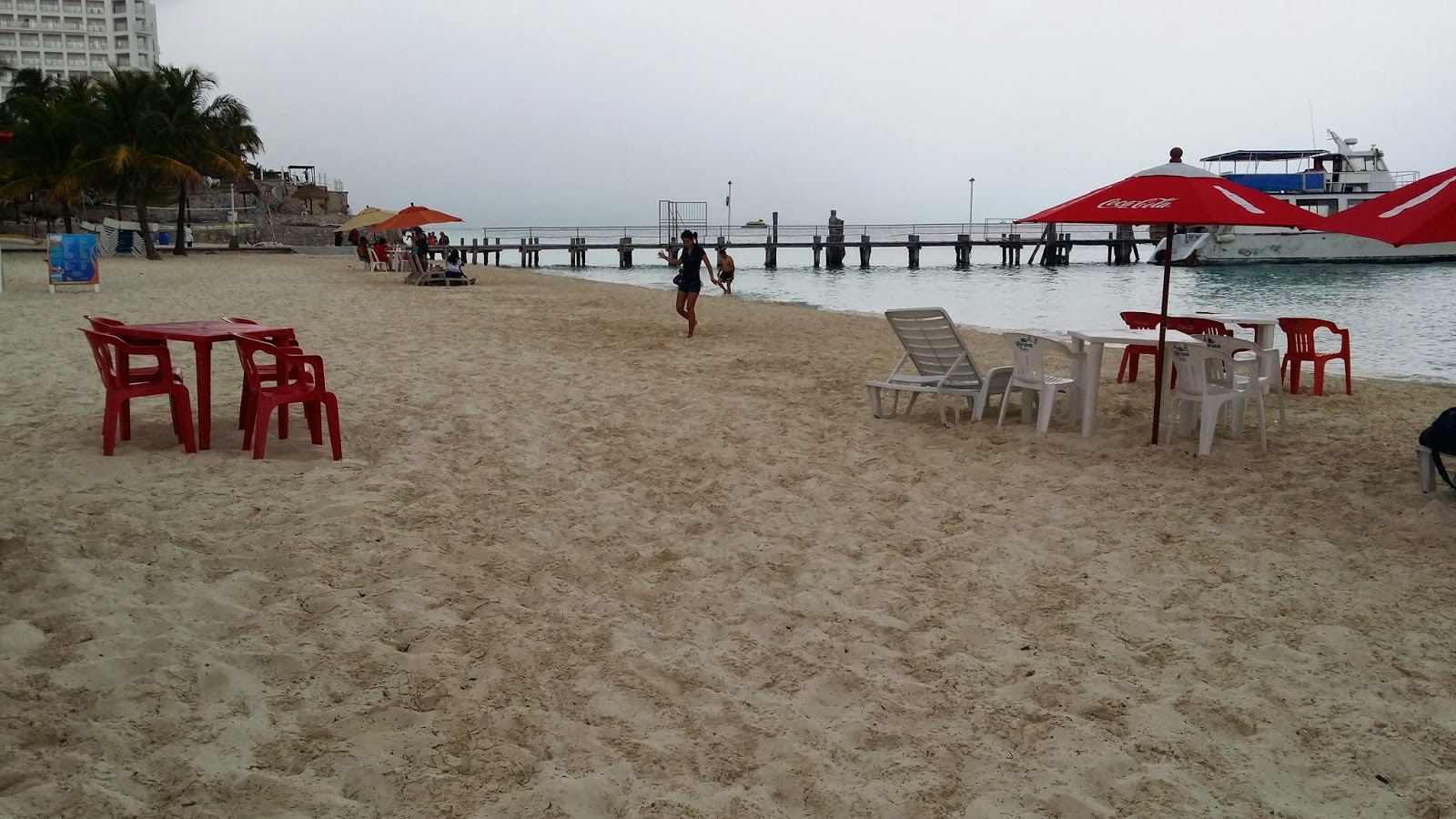 4:00 pm CST, Playa Tortugas
I went back to Cancun Island after taking a short nap and decided to go to another beach, called Playa Tortugas. The beach is smaller and the sand a bit coarser and not too white like that of Caracol. The jetty of the ferries going to Isla Mujeres is here too, so not so conducive to swimming.

I didn't stay long as it started to rain, and I was actually soaked because I had to walk to the bus stop about 2 blocks from where the beach is. It continued to rain hard that some parts of Centro Cancun started to flood. I had to wade through ankle deep water to cross a street to the hostel. Didn't see that coming. I'm back in the hostel; will probably go out later tonight. 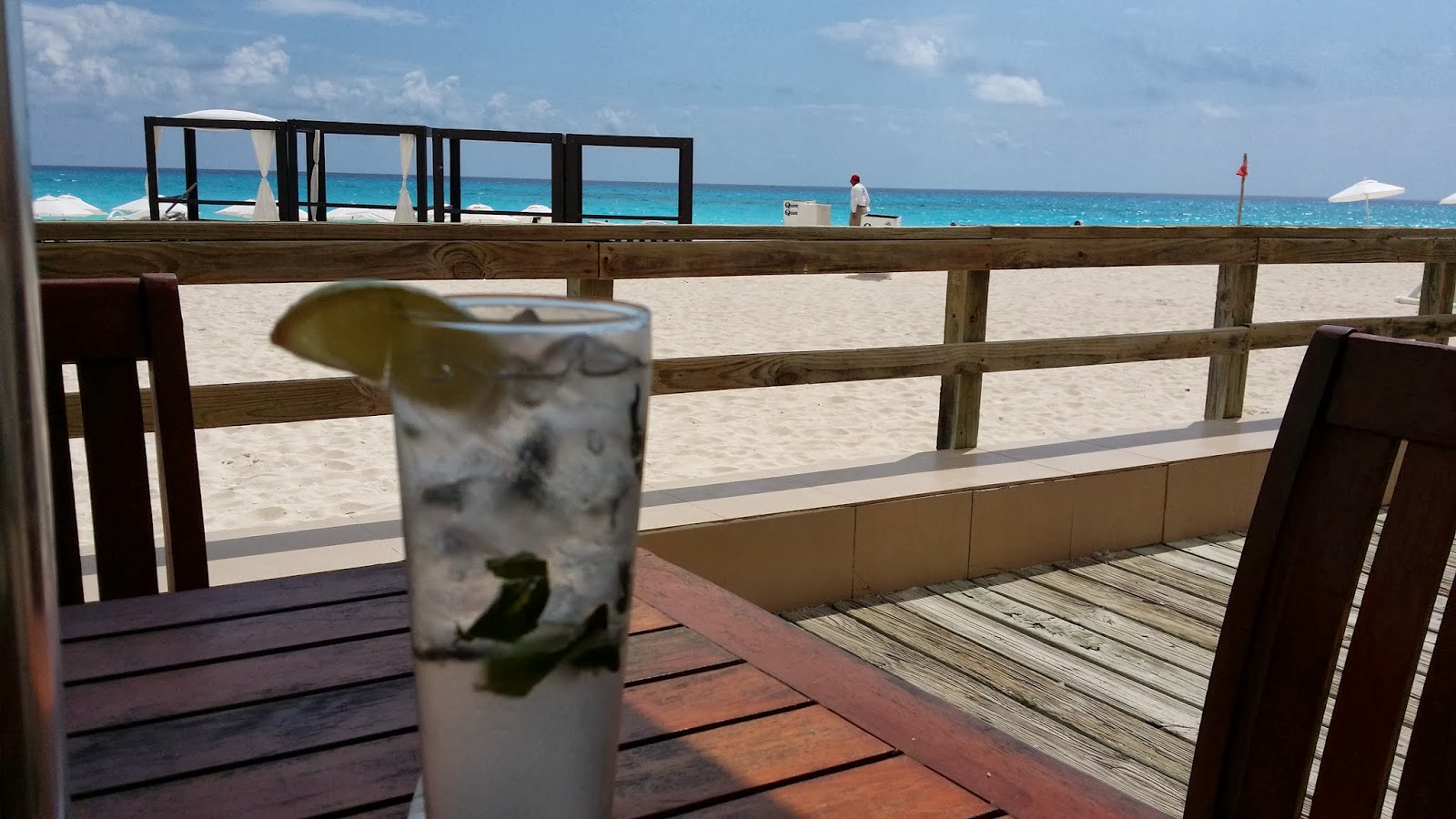 11:30 am CST, Chili's Forum
I was looking for a beach side bar or restaurant where to get refreshments and the one I saw was Chili's. So I got a table just by the beach and ordered mojito and beer, and a side of quesadilla. I went back to the hostel after that as the sun is too hot. 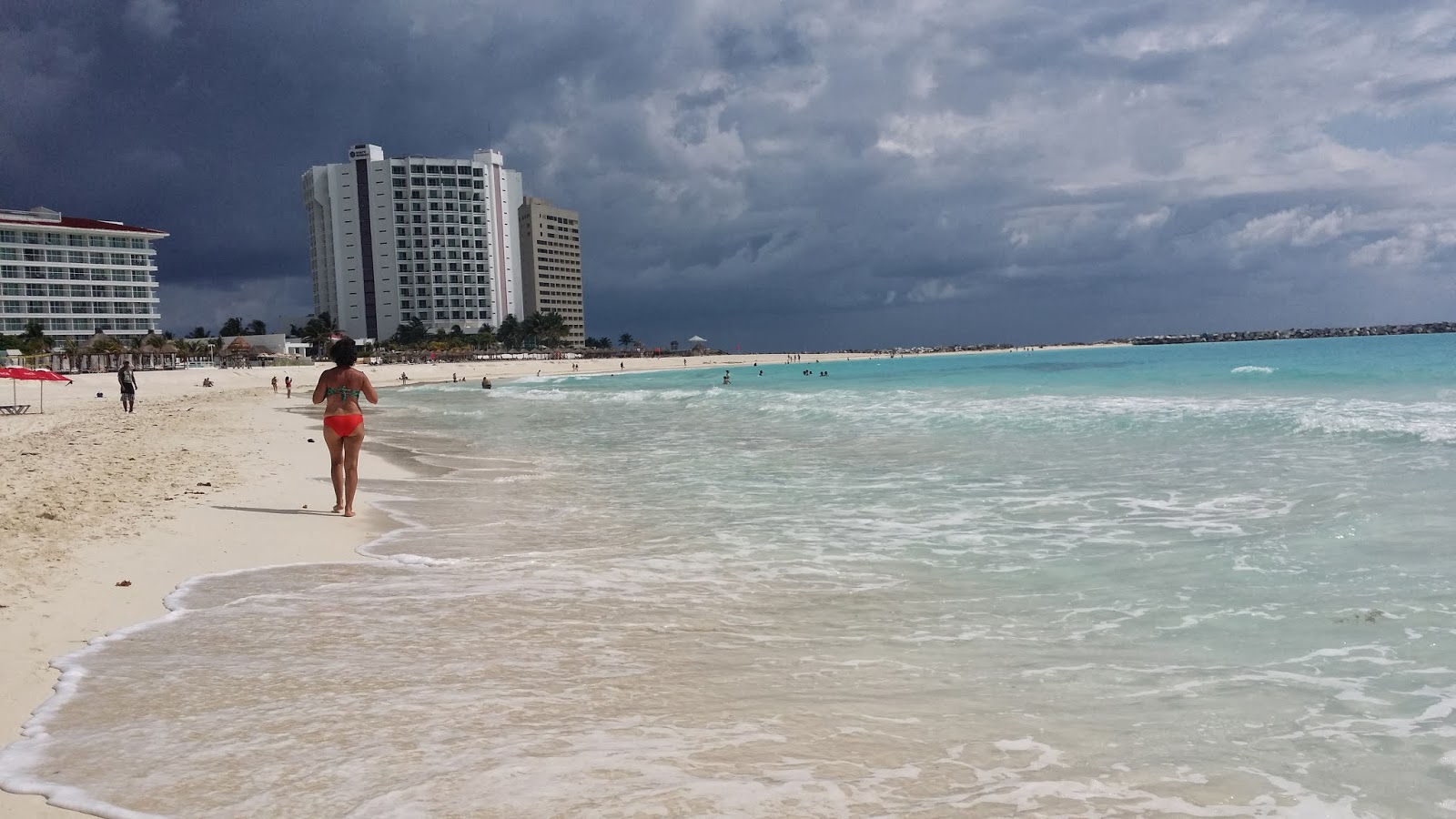 10:30 am CST, 02-27-2014, Playa de Caracol
The first beach I visited today. The beach is located along the Cancun island, which faces the Carribean. 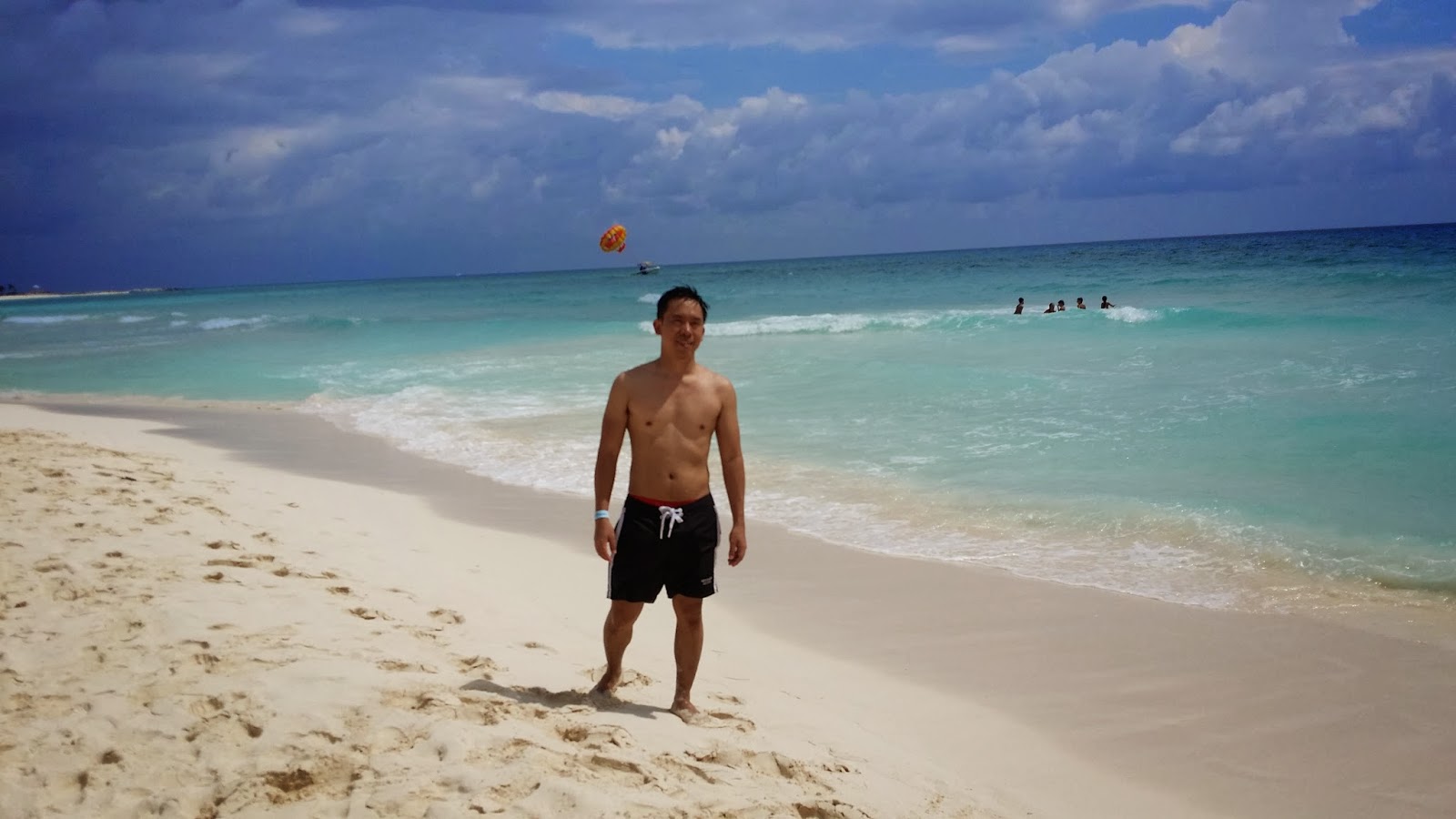 The beach was long, probably just as long as White Beach of Boracay.  The sand was just as fine too. The water was cool, which was nice since it's almost noon when I get there. I swam and frolicked in the cerulean water, being in my element and all. I forgot to bring sunscreen but I didn't really mind getting sunburned.
California Cancun live blog California Mexico Mexico