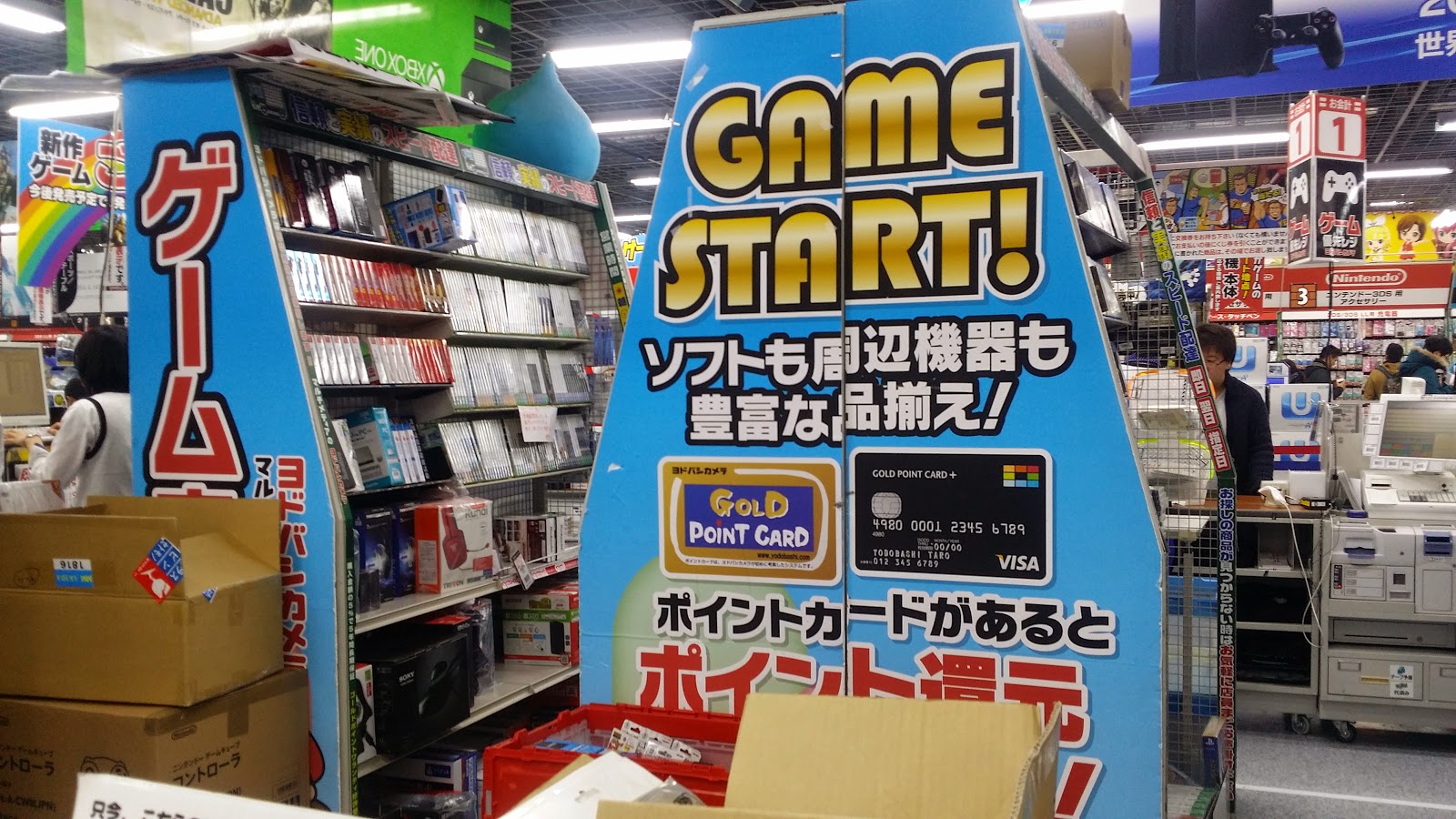 Continuing with my "live" blog for my trip to Japan. I have to create a new post as the page might be too heavy with photos already. 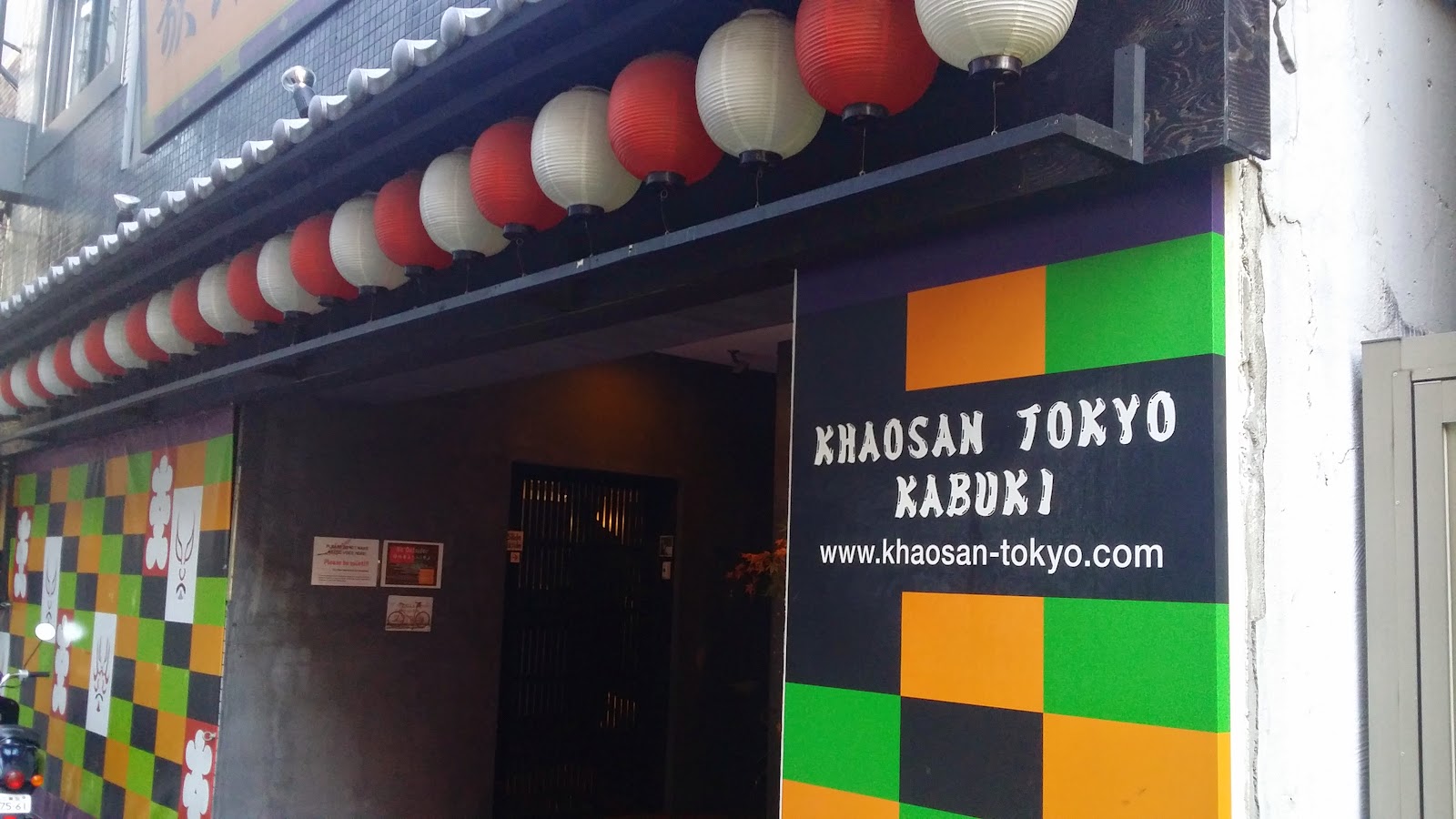 Dec. 6. 10:30 am, Khaosan Tokyo Kabuki
So it's Day 3 now. I actually overslept and woke up late so that means Hakone is out of the picture. I am also reluctant to go there, as it might take a while, and I need to change hostels today too. 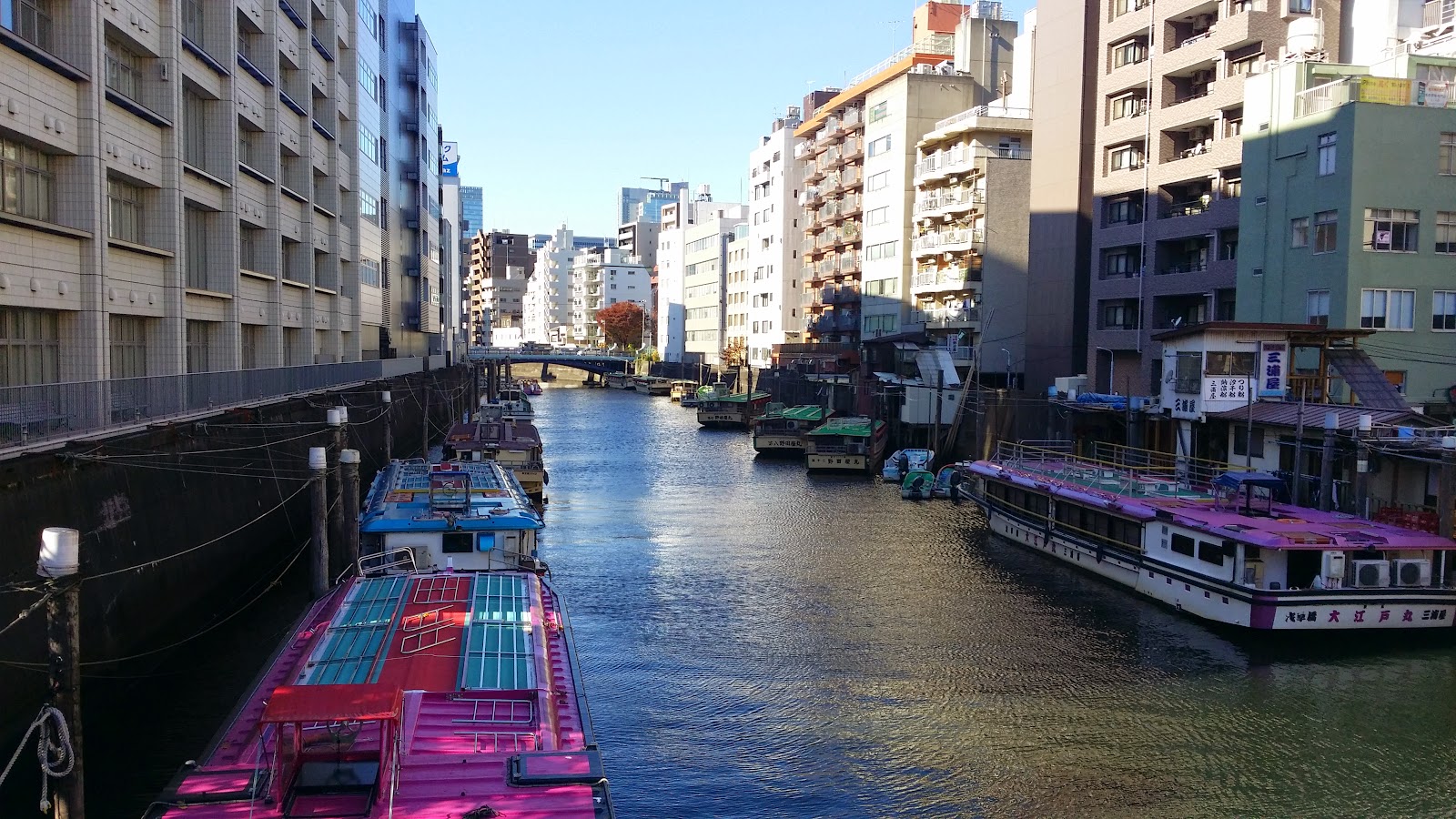 11:30 am, Khaosan Tokyo Ninja
After checking out of Kabuki I took the subway ang went across the Kanda river to check in the other Khaosan hostel, the Ninja. The actual check in is not earlier than three pm so I just paid and left my luggage, and go someplace to kill some time. 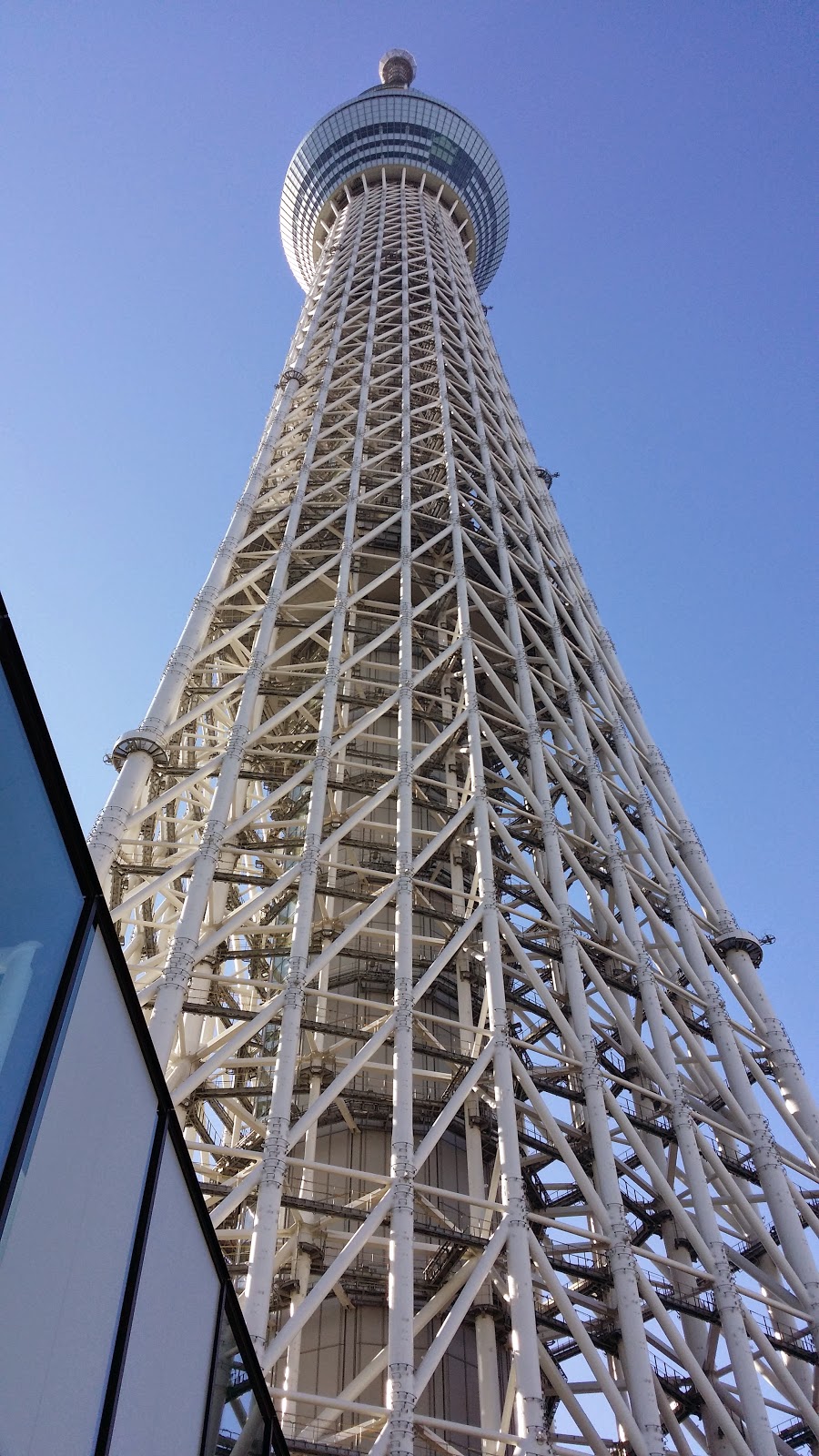 12:30 pm
I took the subway again and went to Tokyo SkyTree, which is the highest tower in the world. The 634-meter tower is also a new Tokyo landmark. There was actually a long line in for the tickets, and it took me about an hour to get one. 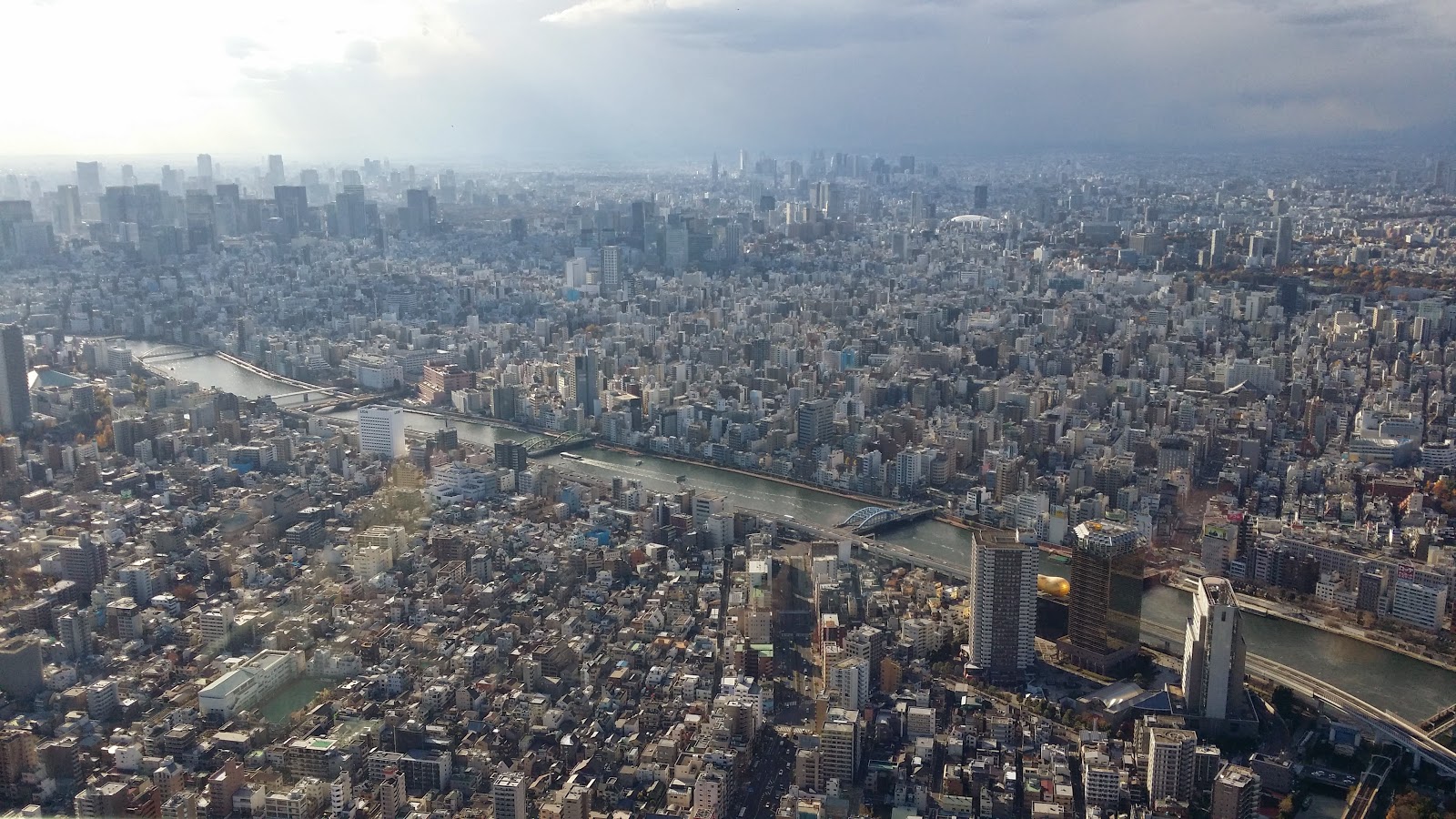 1:30pm, Tokyo SkyTree observation deck
All I can say is, the view of metropolitan Tokyo at 350 meters is spectacular. 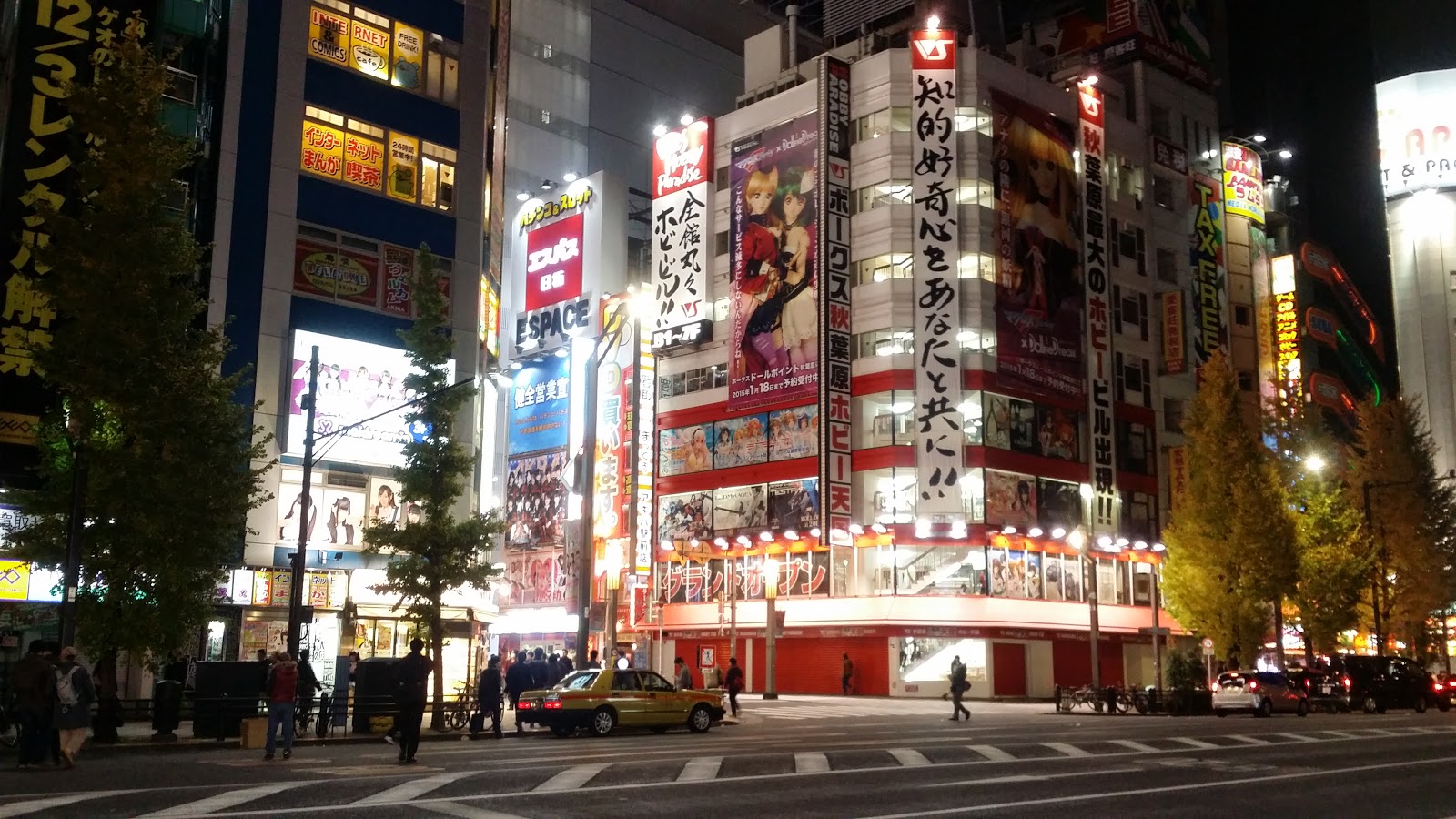 5:00 pm,  Akihabara
I went back to the hostel after SkyTree, and I went out again as soon as I got my room key. Next stop is the gadget mecca, Akihabara. As a gadget freak this place is like heaven to me. I thought I can control myself from not buying anything but I failed.

Akihabara has a lot of other "interesting" shops too. I spent almost five hours exploring the neighborhood.

9:30pm, Khaosan Tokyo Ninja
I'm back in the hostel to rest. Got an early day tomorrow, as I am traveling to Kyoto. 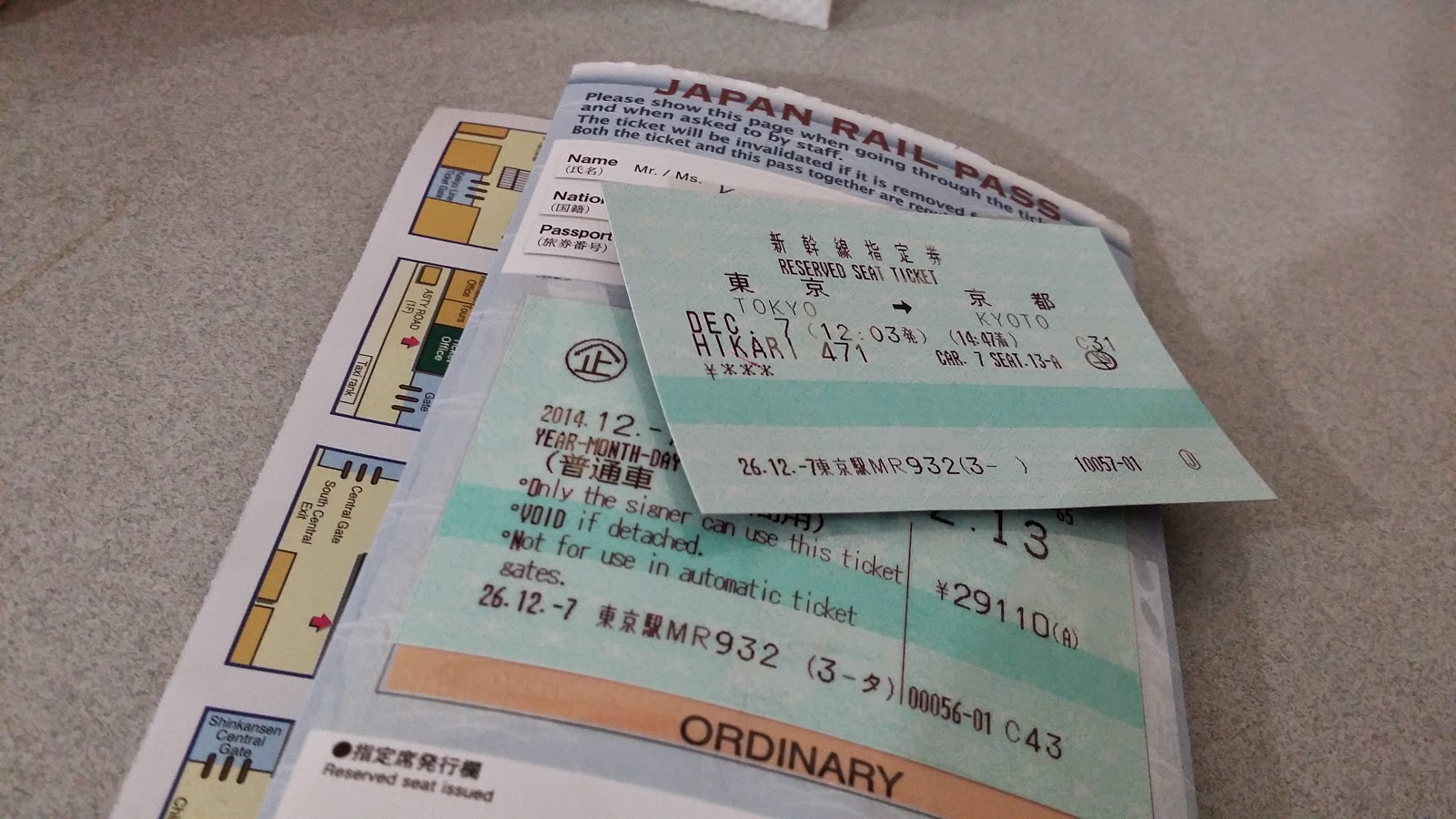 Day 4
12:03 pm, Tokyo Station
I checked out of the hostel around 10 am and proceeded here to activate my Japan Rail Pass which I will use for traveling to other cities. First ticket I got is for a Shinkansen (bullet train) ride from Tokyo to Kyoto. I was so thrilled. Rail is my second favorite mode of transportation, after airplanes. And Japan's Shinkansen is renowned for its efficiency and technology. 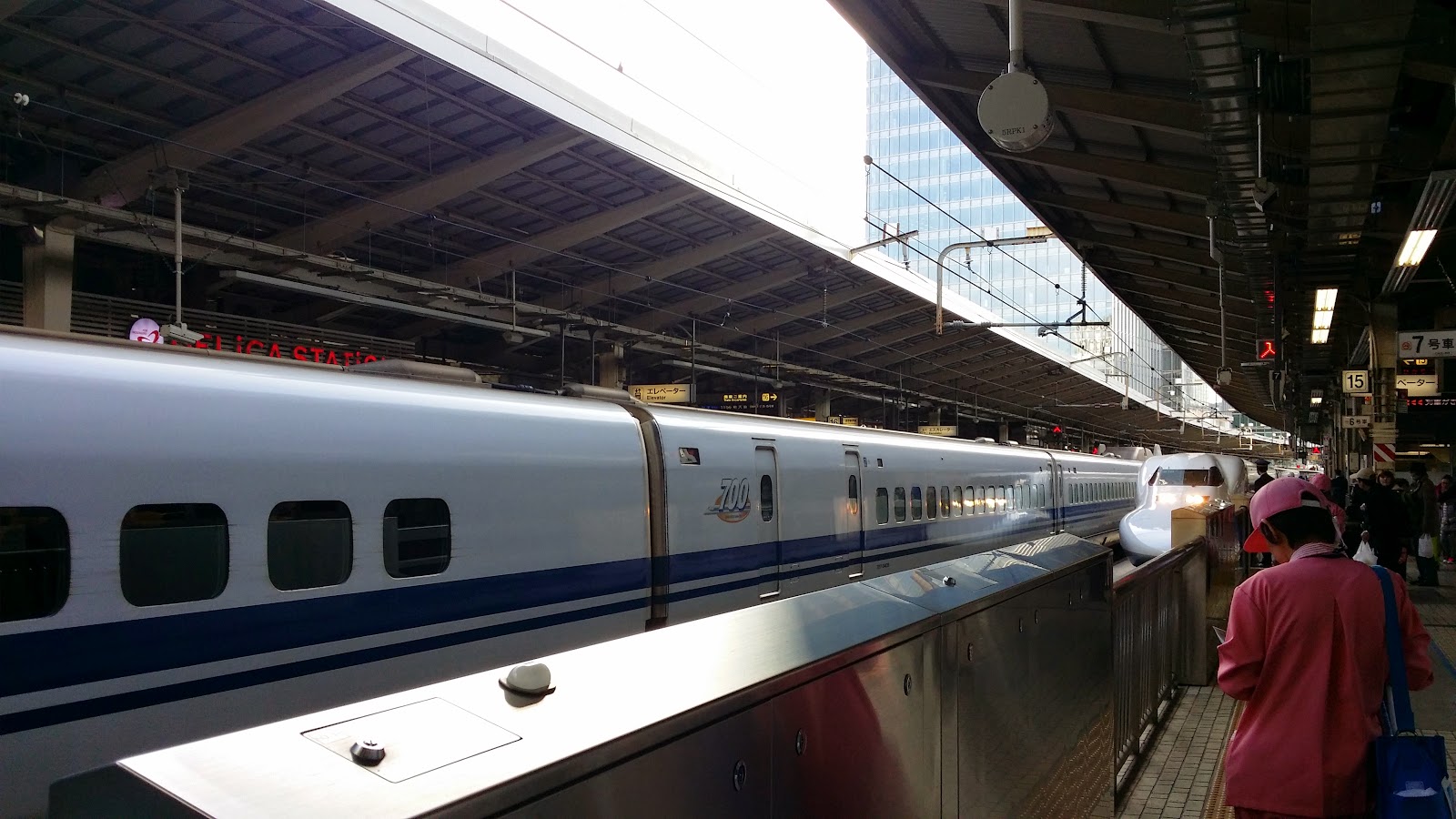 The train - the Hikari 700 series model - left on time, and the trip to Kyoto took less than 3 hours. At the station I strike a conversation with an old lady who mistook me for a Japanese. We were Bledsoe to converse through gestures, singular English words and Nihonggo, which I only guessed what she meant. I was able to tell her where my seat is and where I'm going. On her stop she actually stopped by my seat to say " Sayonara " to me. 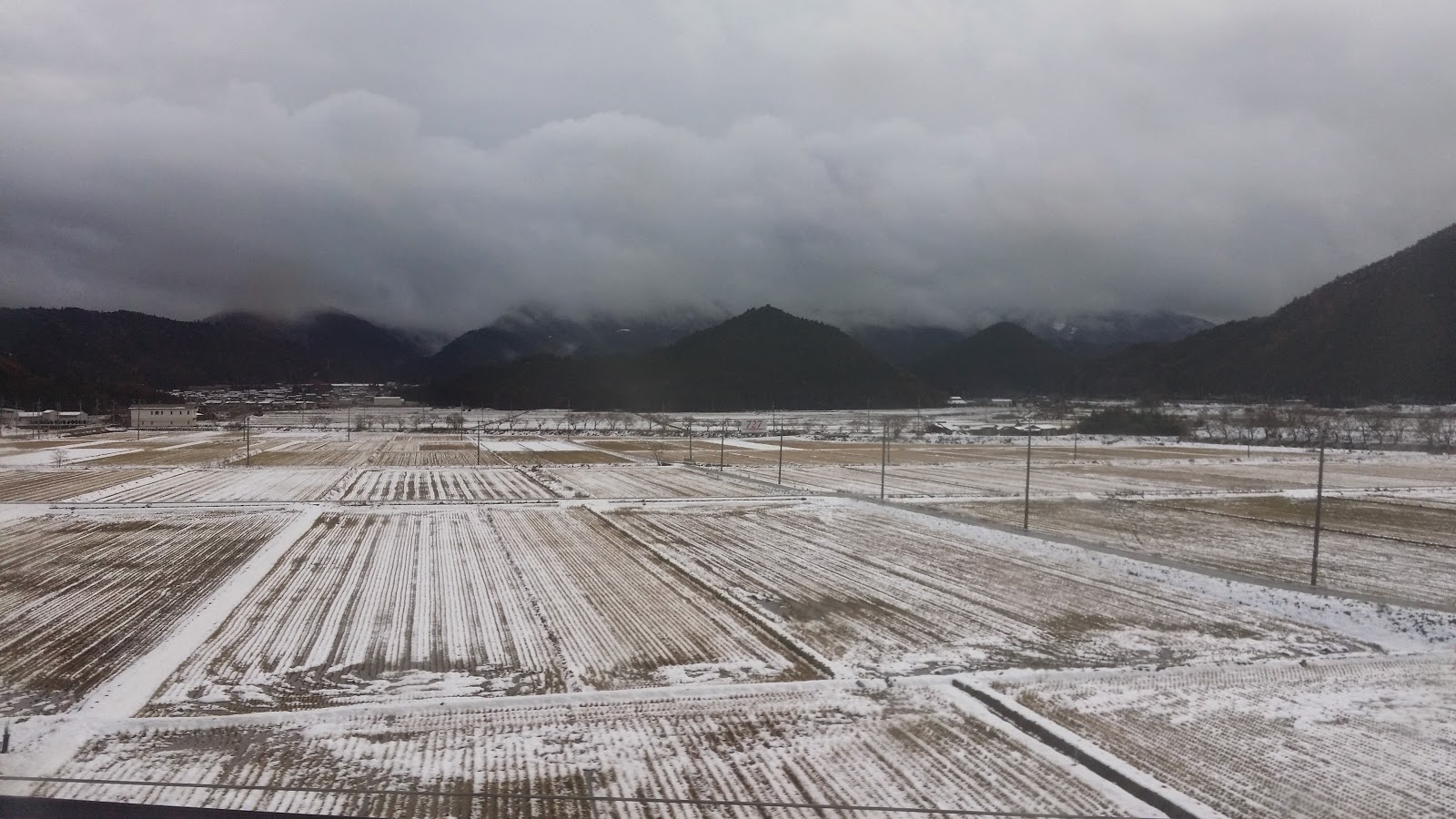 We passed by Nagoya and several smaller cities along the way. I saw a town with snow too just outside Nagoya so that bodes well for Nagano/Hakuba leg of this trip. 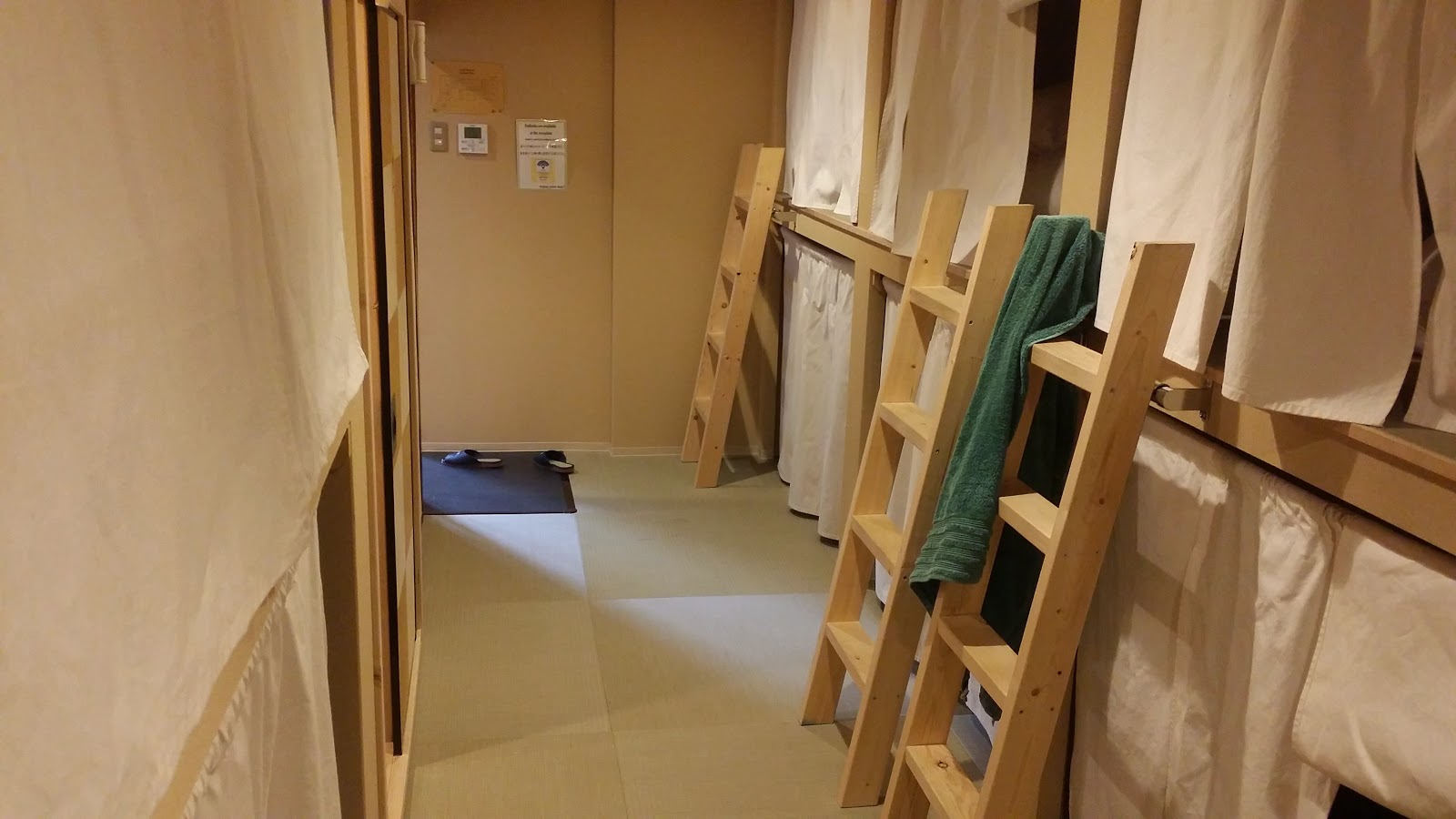 4:00 pm Gion Ryokan  Q-Beh
I arrived in Kyoto just before 3pm and it actually took me a while to figure out which bus to take (Bus 206, dummy), and I didn't find the hostel right away. I was able to check in around 4pm. The hostel is built like the old-school ryokan, so it was very quaint. I love it. 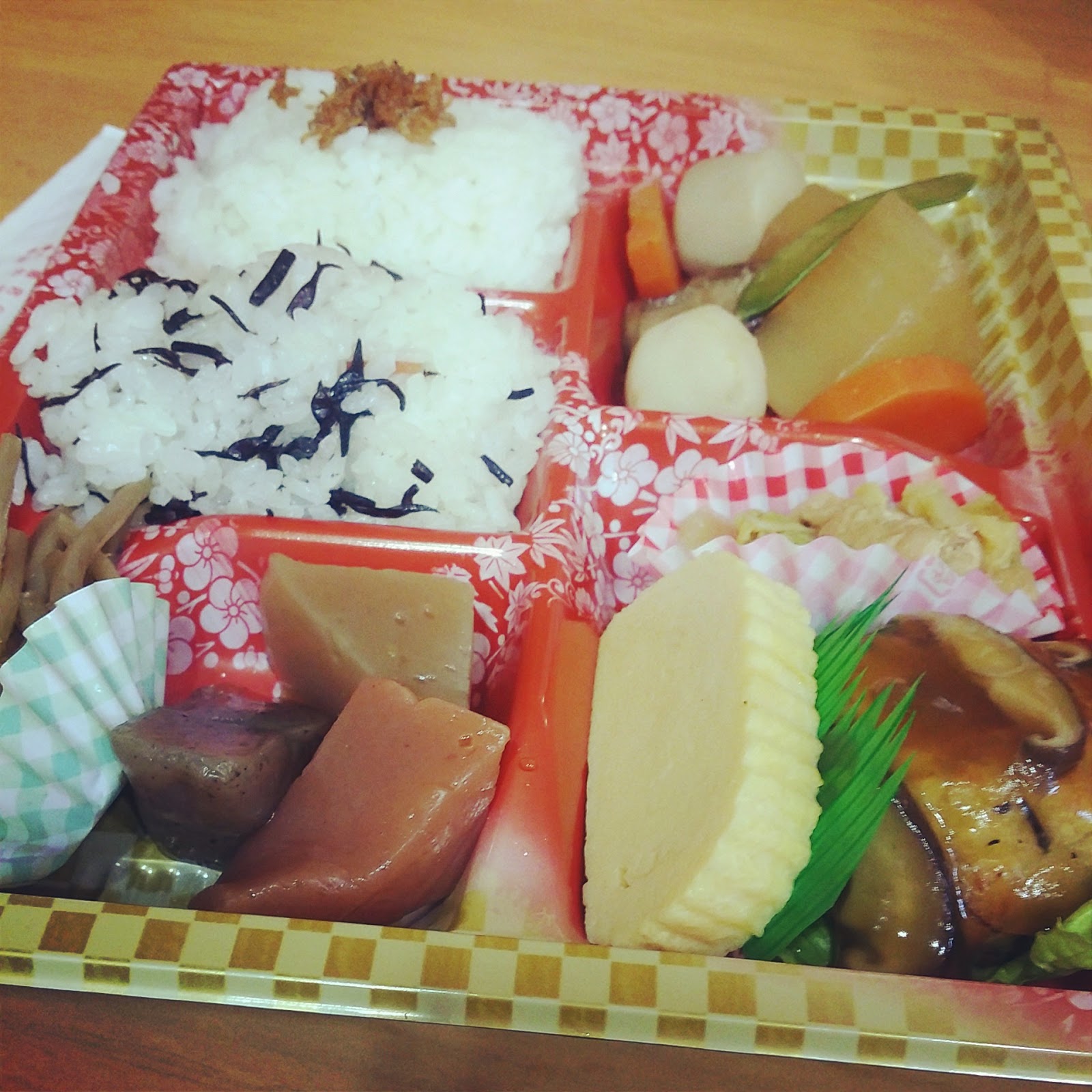 5:00 pm
After resting and charging my phone battery I set out to explore the neighborhood. I dropped by a small eatery and ordered a bento. I didn't realized I'm so hungry. 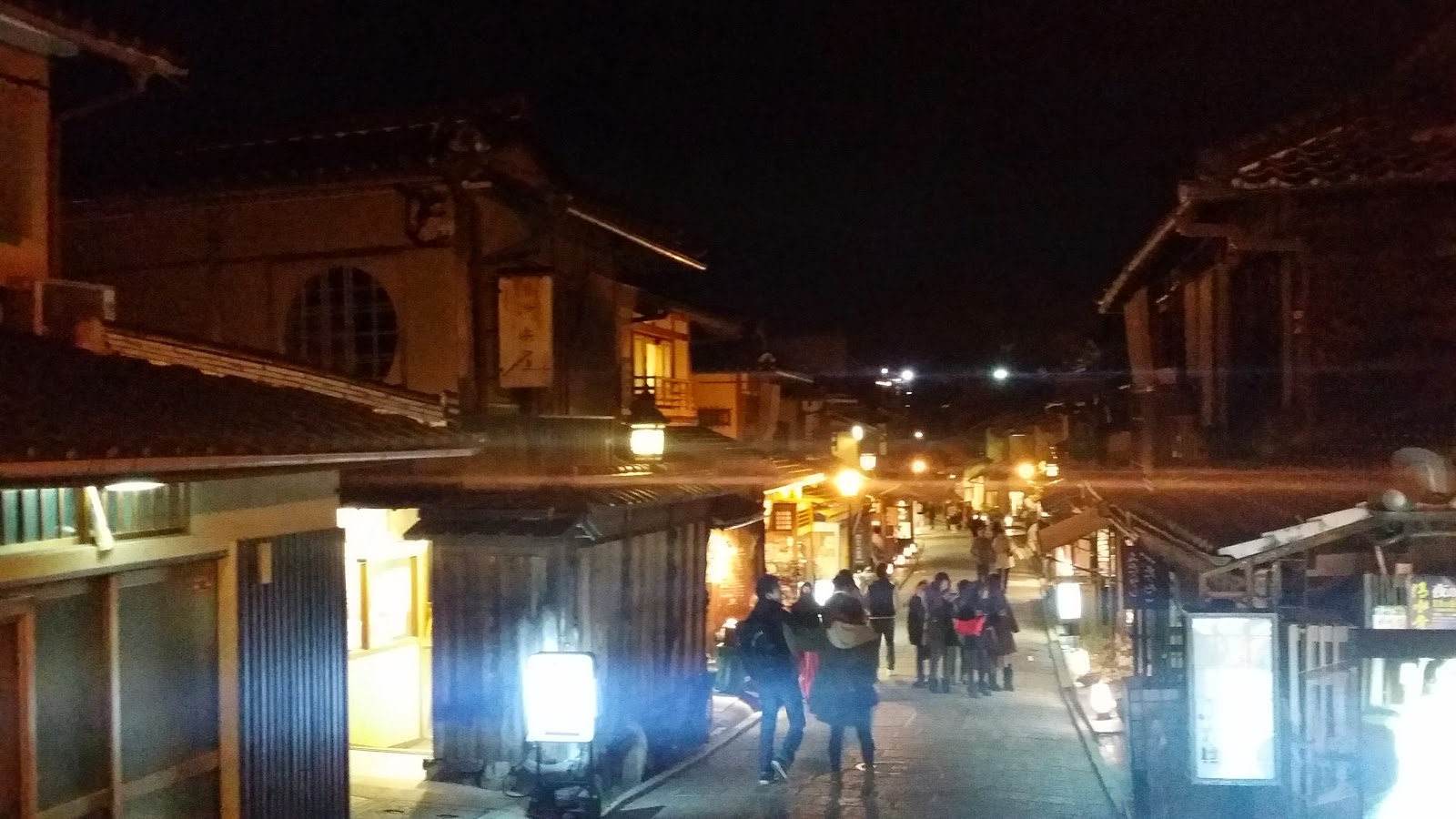 5:30 pm
After a late lunch/early dinner I went to the old districts that looks like you got transported back to the samurai era. There were temples in the area too but I didn't go in because it was already dark and I can't take pictures anymore.

7:30 pm
I went back to the hostel to rest, but I went out again about an hour later to look for hot food. I can't find any ramen place close by so I ended up in Starbucks to get a hot chocolate to warm me in this cold evening. It will be an early bedtime for me tonight as I will be early tomorrow,  I will go to Osaka and I want to be back by afternoon.