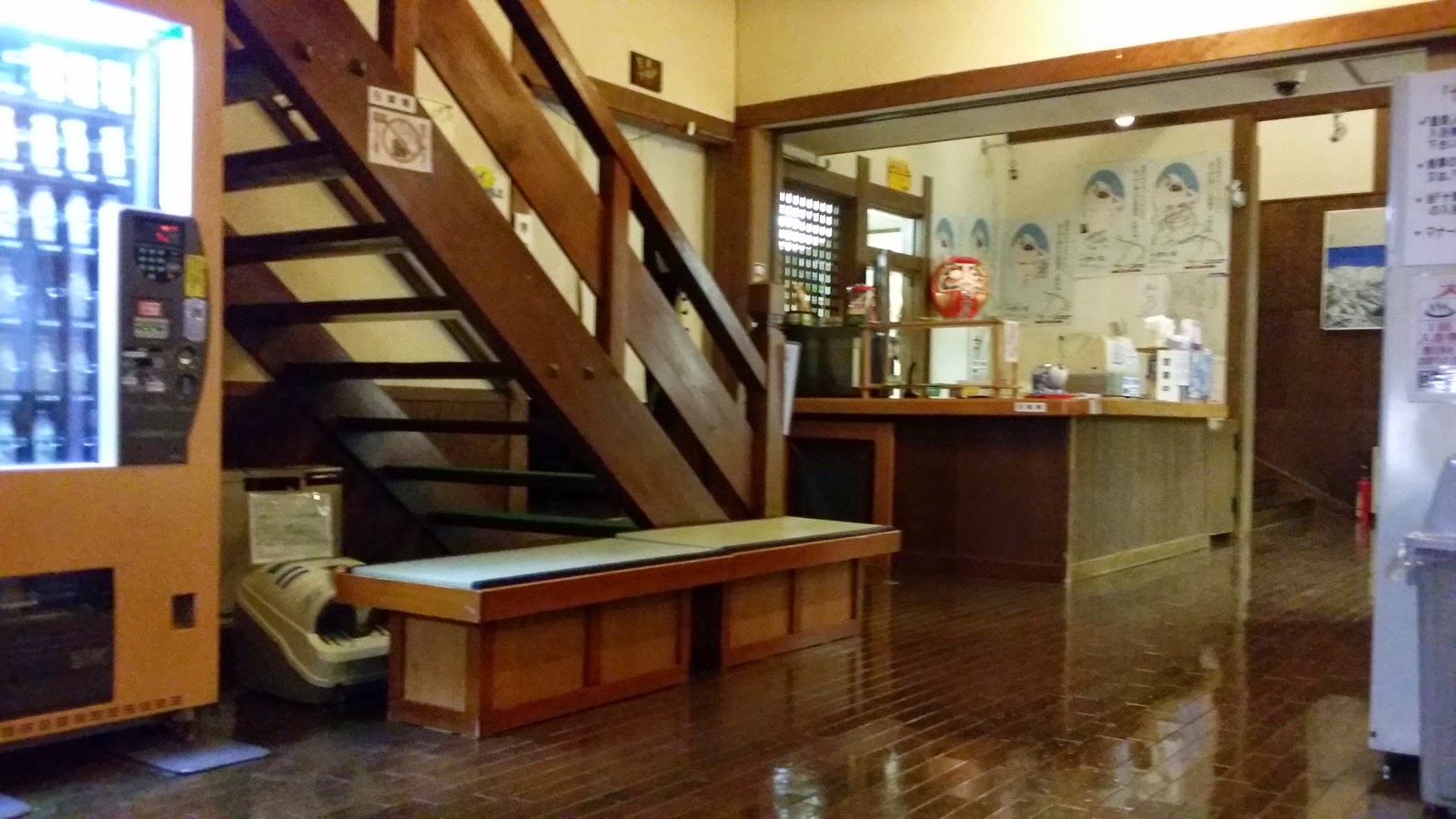 Who goes first? This seemed to be one everyone's mind inside the locker room.  I just finished my snowboarding session in Hakuba and as an après-ski I decided to go to an onsen to relax. The owner of the hostel drove me to the onsen amid sub-zero temps, together with a group of Jewish Australians who just checked in the hostel. I made small talk with them while in the car, and they became my sort of instant buddies just as we entered the facility.

Going to an onsen - hot spring (and the facilities around it ) in Japanese - is a revered tradition in Japan. The onsen is an important way of relaxing and getting away from a busy life. It is also a way of getting to know the people in the community in a unique way that being naked around them would allow. It breaks down barriers; they call it hadaka no tsukiai, naked communion. For me, it was a chance to experience one aspect of the culture, and also to rest and soothe my tired muscles, which got banged up many times in the ski slopes.

I undressed slowly, not wanting to be the first to get naked, and the three Australians seemed to have the same idea. We traded some uneasy jokes about being in our birthday suits as a way to erase the potential embarrassment while stalling for a bit more. Walking around in my skivvies, I stowed my clothes in the provided basket, and stowed my watch and my wallet inside a small, coin-operated locker. I tried to take a selfie as well, knowing that I might get scolded if the staff sees me (I wasn't able to take pics of the bathing area for obvious reasons). Still I cannot delay the inevitable. So I took a deep breath, turned to my side in my last attempt at modesty, hooked my fingers to the waistband of my Calvins, and took the last stitch of clothing in my person. If I was red-faced in embarrassment I am too self-conscious to know it.

Coming from a Catholic-dominated culture where modesty is a virtue, getting naked in front of strangers is a bit jarring, but it was kind of liberating (in all sense of the word) as well. My three companions were out of their clothes as well, and I think we succeeded in being all nonchalant about our nudity. No pointing and laughing, just embarrassed chuckles and the effort to avoid looking anywhere below the navel.

There are several rules when inside an onsen. One is expected to scrub and bathe well before you can take a dip in the water. Wash cloths are allowed, but they should not touch the water, as they are considered unclean. Instead they should be set aside or put at the top of the head. It would also be used for covering oneself when walking around the onsen and afford one some modicum of modesty. Also, horseplay is a no-no. Tattoos, especially for locals, are considered taboo (for tattoos are a mark of the yakuza), so they should be covered up as well. It was a dilemma for one of our companions because he has one on his calf. We did assured him that he a foreigner and the rule might not apply to him. 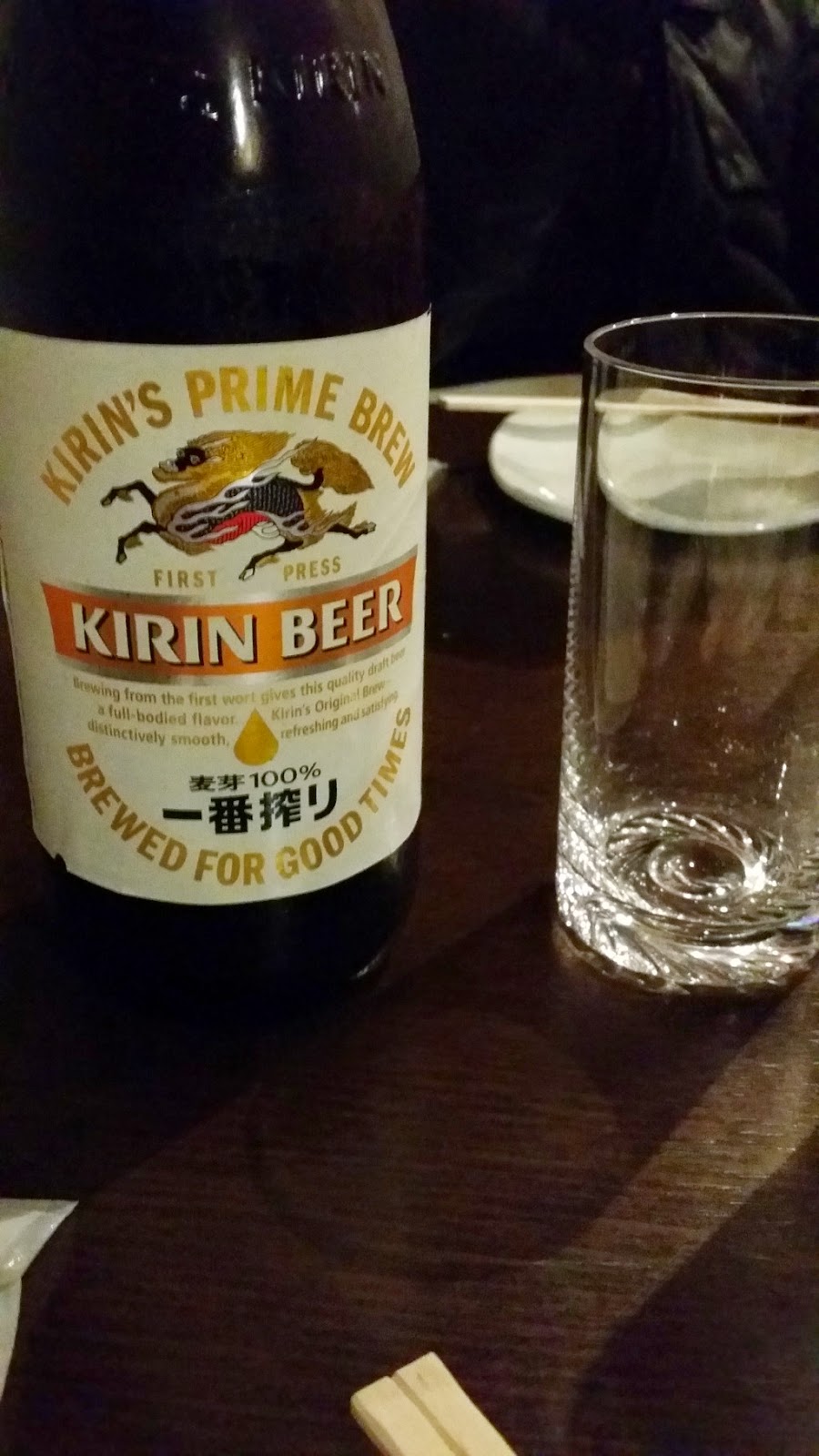 There were shower heads and stools at the side of the main room where people can bathe. We all picked a spot and went scrubbing away. Now clean we went to the hot spring pool and slowly eased into the water, more comfortable now with our nakedness. There were a number of locals there too, who seem to be nonchalant about our presence. Onsen nowadays are segregated, so only men on our side. I did noticed that there were children there too.

We alternated between the sauna, the hot pool, which was indoors, and the cold one, located in a semi-open room where the sub-zero breeze can enter. Along with the stress and the muscle soreness, our unease also melted away. There's more banter, jokes and travel stories exchanged. We stayed for a while, until we had our fill and our fingers were shriveled up like pink raisins. We capped the evening by going to a local restaurant for a meal of steaming gyudon and Kirin beer, then an arduous walk in the snow back to the hostel.

Hakuba is located in the Nagano Prefecture, in Chubu region of Japan. From Tokyo, you may take a Shinkansen to Nagano or Nagoya, then take another train to Matsumoto, then continue on a local line to Hakuba. There are several onsen in the village, and your hostel staff can recommend which one is closest to you.
apres ski Hakuba hot springs Japan Japanese culture Nagano onsen winter travel