What It's Like to Stay in a Capsule Hotel 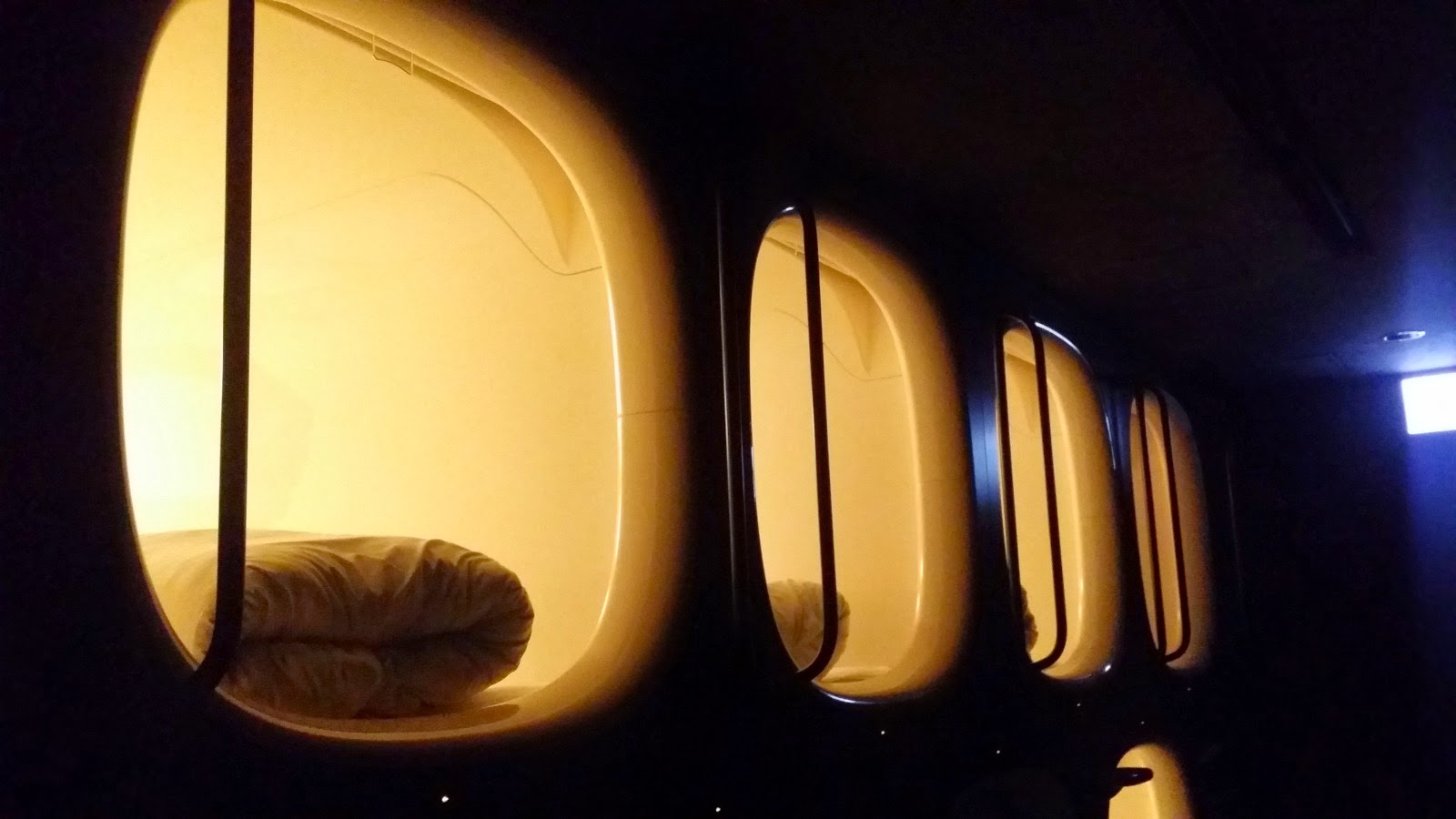 At the tail-end of my trip to Japan when I was returning from Nagano I realized that I will be arriving in Tokyo in the evening and that my flight the following day is in early morning. I did some calculations with travel time to the airport - about 60 kilometers away - and I concluded that the best option for me is to spend the night near the airport, so I need to find a convenient place to crash for a night. I didn't want to sleep in the terminal, and booking a whole room at a hotel would seem wasteful as I'd only be spending a few hours on it. If it were a Venn diagram, the intersection of those considerations is the 9 Hours Capsule Hotel in Narita Airport. Like their high-tech toilets and robot butlers, Japan seems to have a solution for everything.

I admit that I've always been curious on what it feels like to stay in a capsule hotel. I've read about them in cyberpunk novels (Neuromancer by William Gibson, I think) and seen them in anime films, so this was a great opportunity for me to be able to finally check it out.

It was almost midnight when I arrived in Narita because I made the mistake of taking the regular train (which stops in virtually every station). From the terminal station I went through a parking building inside the airport complex to find 9 Hours to check in. The place was very spartan, with a modern, minimalist aesthetic. There was hardly any decor in the lobby, and the walls are painted white or light gray.The staff at the front desk was very efficient, and they gave me the keys, toiletries and a pair of robes and slippers as soon as I'm checked it (I booked and paid online prior to arriving). Men and women are segregated.

I was greeted by a bank of lockers when I entered the hotel from the lobby. There were several patrons inside, in gray robes, doing their nightly ablutions. The place was very quiet, as if everyone was too careful to bang anything.

At this point I was tired and feeling icky for traveling since noon earlier that day, so I found my locker to stash my stuff, and went to take a quick shower. The communal shower is located adjacent to the locker room. The showers looked good actually, nicer than in most hostels even. Like their toilets, the showers were also over-engineered, with a variety of settings for hot and cold water. After getting a brisk one, I changed into comfortable clothes then went to the room area, also in the same floor but accessible through a door from the lockers.

The room where the capsules are located appeared futuristic, something that you'd find perhaps in the set of 2001 Space Odyssey or Gattaca. It was dark, but the two rows of pods that are stacked on top of each other, provided illumination. They resemble a cleaner version of Neo's pod in The Matrix. Morbidly I also thought that they resemble the drawers in a morgue. The circular openings of the pods glow with the color of incandescent bulbs that are almost burned out, looking like compartments in a mechanical beehive. I didn't count them but there are at least a hundred pods in the room. I can also hear scores of people snoring. You could imagine them as buzzing bees, I guess, to complete the picture.

I didn't get in my pod right away, as I felt my stomach rumble. I put on my shoes and went out to the Terminal building where I bought food from an open 7-11. I ate at the terminal, sitting on bench where a passenger was snoring loudly. After I had my fill I went back to the hotel, ready to call it a night.


As the name suggests, the stay in the hotel is only for up to nine hours, so people come and go around the clock (although the placed doesn't feel like it's busy). I located my pod, in the upper row. There was a ladder leading to it.I estimated the pod to be at least around 6 feet long and less than three feet in height. There was no sharp edge, instead the white fiberglass walls taper into a curved section at the other end. There was a U-shaped console at my "headboard" which contains the switch for the light, electrical plugs and USB port for charging your devices. There's also a dial for controlling the temperature inside the pod. There's also WiFi.

I stripped down to my boxers and stretched in the futon, just realizing by that time how tired I was. I took a selfie for posterity (of course) before I retired for the night. I really did not have any complaints. I'm not claustrophobic, so I did not feel uncomfortable with the confined space, although that might disturb other people. Tall and rotund people might also have an issue with the space and low "ceiling". I can hear a lot of snoring but I've lived in dorms (and hostels) so that's not a problem for me as well. One or twice that night I got roused from my sleep when an alarm goes off or when a person shakes the nearby pod while alighting from the ladder (or doing something else I guess).

I woke up early the next day. I set the alarm on my phone on the appointed hour, but I was to vigilant not to keep it ringing for long for fear of disturbing the other patrons. I took a quick shower and got dressed, and got checked out in no time to catch my plane back to Manila.

The Nine Hours capsule hotel is located in the Narita airport, in Terminal 2 parking building. I paid about ¥3900 for one night (9-hour stay). They also have a branch in Kyoto.
Website: http://ninehours.co.jp/en/narita/