Flowboarding and Bodyboarding in Flowhouse Manila 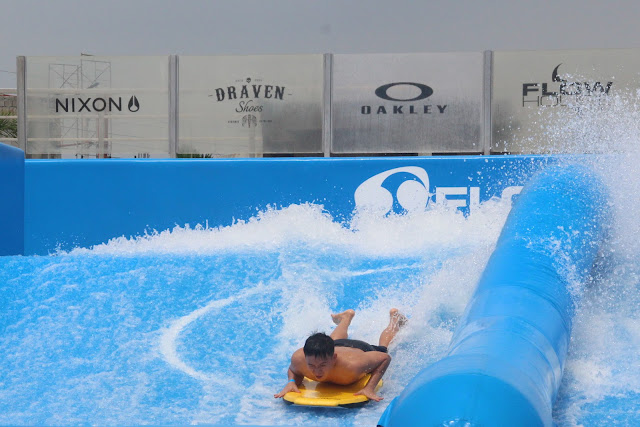 I was happy to know that, finally, there's a flowboarding facility near Metro Manila. I tried flowboarding in Sentosa a few years back and I wanted to give it another go. At least there's one nearby now, which saves the trouble of flying to Singapore just to ride one.

The facility is called Flow House Manila, and it is located in Bacoor, in the outskirts of the metropolis. They recently just opened in April 2015 and I've been planning to check it out. I invited my friend James to drive there on a weekend.

Flowboarding, or flowriding, is riding a small board, almost similar in shape to a wakeboard or a skateboard sans the wheels. In a sense it combines surfing, wakeboarding and snowboarding in one. More advanced riders can do tricks like carving and

A variation is bodyboarding, which instead of using a stand-up board, you ride in a foam bodyboard in prone and kneeling position.

You ride on artificial waves created by rushing water that is pumped  - at about 30,000 gallons a minute - over a padded, angled surface. There's padding everywhere, to protect one's head and body in the event of a spill. There are two sections in Flow House Manila where riders can ride simultaneously.

We arrived in the facility just after lunch. I signed up and paid for next available session as soon as I got there. It was still early so there were only three of us (me and a couple) in the group. We have an instructor, and the first thing he showed us is how to ride the bodyboard. It is my first time to try bodyboarding, first in a prone position, then on a kneeling position.

Riding it in prone position is not difficult. You just ride on it, and maneuver it by gently rocking the bodyboard side by side and by changing the position of your legs. The kneeling position is a bit tricky, as it's more difficult to balance and control it. You also use your hands to deflect the rushing water, to make the board go up and down the slope.

After the bodyboard we tried riding the flowboard. Although I've tried it before I welcome the tips given by the instructor. We started with the  instructor holding each of us by hand and nudging the board to the water until we get out balance, then using a rope to ease in. We all took turns after the other, and sometimes you get a do-over if you fall too quickly.

I'm still a beginner basically, and it showed in the first few times that I've tried, evidenced by the spills I've gotten. Although the surface are padded, there's still a risk for injuries, as you might get hit by a wayward board, or get slammed against the far end wall. I also stubbed my toe when I tried breaking my fall, which kinda hurt in an annoying way.

Soon after I got more confident and I was again able to ride the board without falling, at least most of the time. I still think I still need to work on keeping the board more steady and getting more control as keep it from veering from side to side. Another staff joined us in our section and offered to give us more riding tips, which were helpful.

After I got more confident I practiced entry without the rope and (literally) the hand-holding. I was able to ride the board longer too, and all the way to the top of the slope and coming back down without falling. I think I've progressed here better that I did in wakeboarding.


I got so stoked that I wanted to extend for another session, but all available slots for next one were filled out already. Bummer. Well it only means I'd be coming back for more.

How to Get There
Flow House Manila is located in Molino Boulevard, Bacoor, Cavite, which is just outside Metro Manila. If driving you may take the South Luzon Expressway (SLEX) and take the Muntinglupa-Cavite Expressway (MCX) exit. Continue on MCX up to the end then follow the road to Molino Road, then to Molino Boulevard. The facility is just behind an unfinished mall (Seasons Mall). 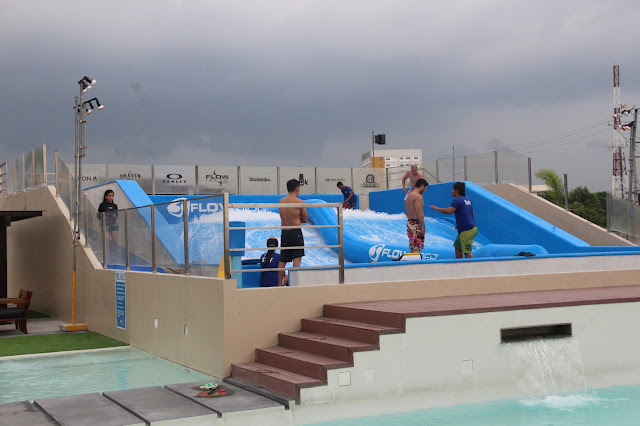 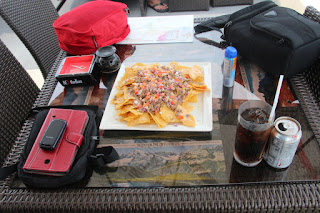 One ride (1 hour session) costs PhP650, 3-hr session will set you back PhP1200. Non-riders will pay a PhP300 entrance fee, but it is consumable for drinks and food.

It is open on weekends from 8am to 12 mn, and 10am to midnight on weekdays.