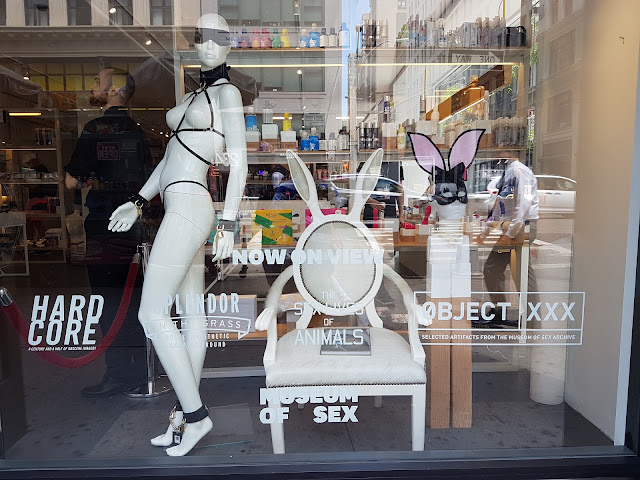 During a visit to New York in July I was able to check out one of the most unique, and blush-inducing museums in the city - the Museum of Sex, aka MoSex. I visited it right after visiting another NY landmark, the Flatiron Building, which is nearby. 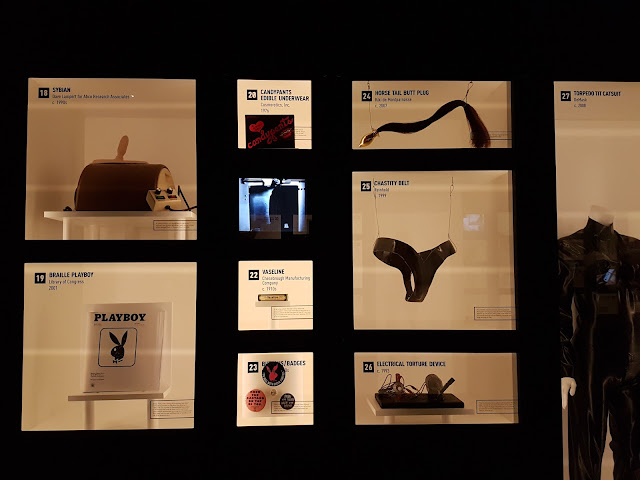 There were several floors in the museum, each covering a particular subject. On the second floor the display was about the evolution of erotica and pornography throughout history, which is an interesting subject, as you don't get to see it covered in the academe (perhaps Anthropology 187, Sex and Culture, in UP Diliman, but that class was always full and I was never able to enroll on it).


There's also a floor covering objects that in one way or another got associated with sexuality - chastity belts, toys an clothing, even torture devices and a Playboy magazine in Braille! Some of those things I've only read about or have seen on the internet, so it's kind of cool to see them in person. I took photos of the objects but I cannot post them here , lest I'd run afoul of Adsense policies. Also to keep this blog G rated.

There was also a whole floor covering sexuality in the animal kingdom. Think of it as NatGeo meets Penthouse Forum. The exhibit is supported by life-sized sculptures and photos of animals doing the deed, so to speak - such as maring deers, mutual onanism between dophins, homosexuality in penguins and other animals. Nothing like you see on the Animal Planet.

A visit to the museum is a great way to expand your knowledge on the subject, that's for sure. You may blush a bit while viewing the exhibits, but where else can you view erotica publicly and in guise of learning? 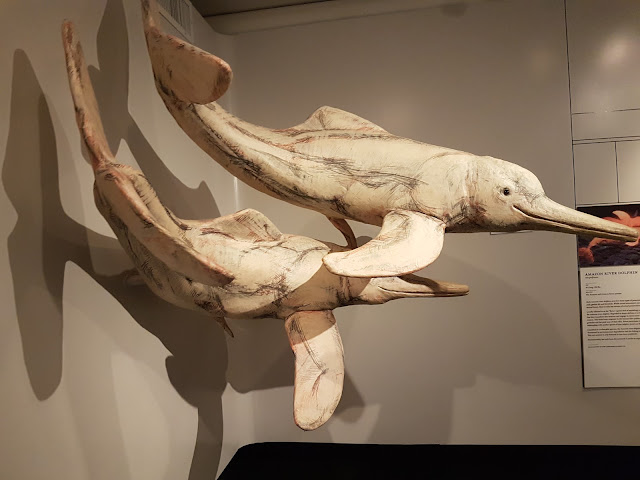 How to Get There
The museum is located at 233 Fifth Avenue, at the corner of East 27th Street in Manhattan.

Useful Info:
The entrance fee is $18, only adults of course. There is a shop at the ground floor with a great selection of books, toys and condoms.