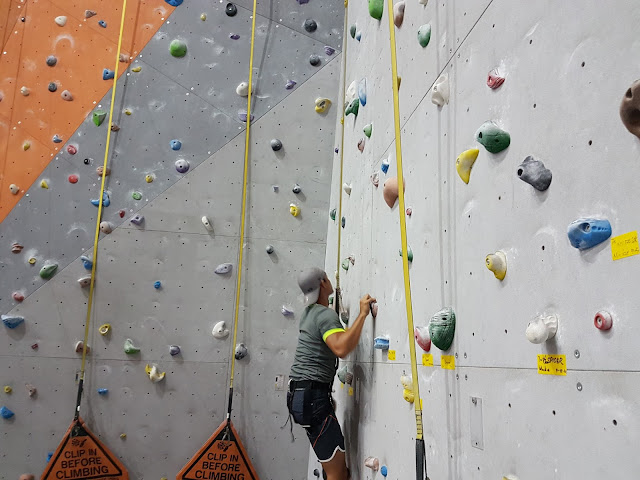 Indoor climbing is a rock climbing activity done on artificial structures. The climbing walls are usually constructed of brick, steel or wood, with shaped grips, called climbing holds, attached to the wall. Belaying devices, which are designed to prevent climbers from falling, are attached at various points on top of the wall. Specialized shoes are recommended for climbing, and climber may use powdered chalk to prevent sweaty hands and fingers.

Wall climbing, as it is also known, is a new sport for me, so I am still a noob for this. I've tried it once during my PE college but that was too long ago I forgot all about it. I was recently reintroduced to it and so far I've done it on two sites in Metro Manila. I will add to the list below as I try the other sites. 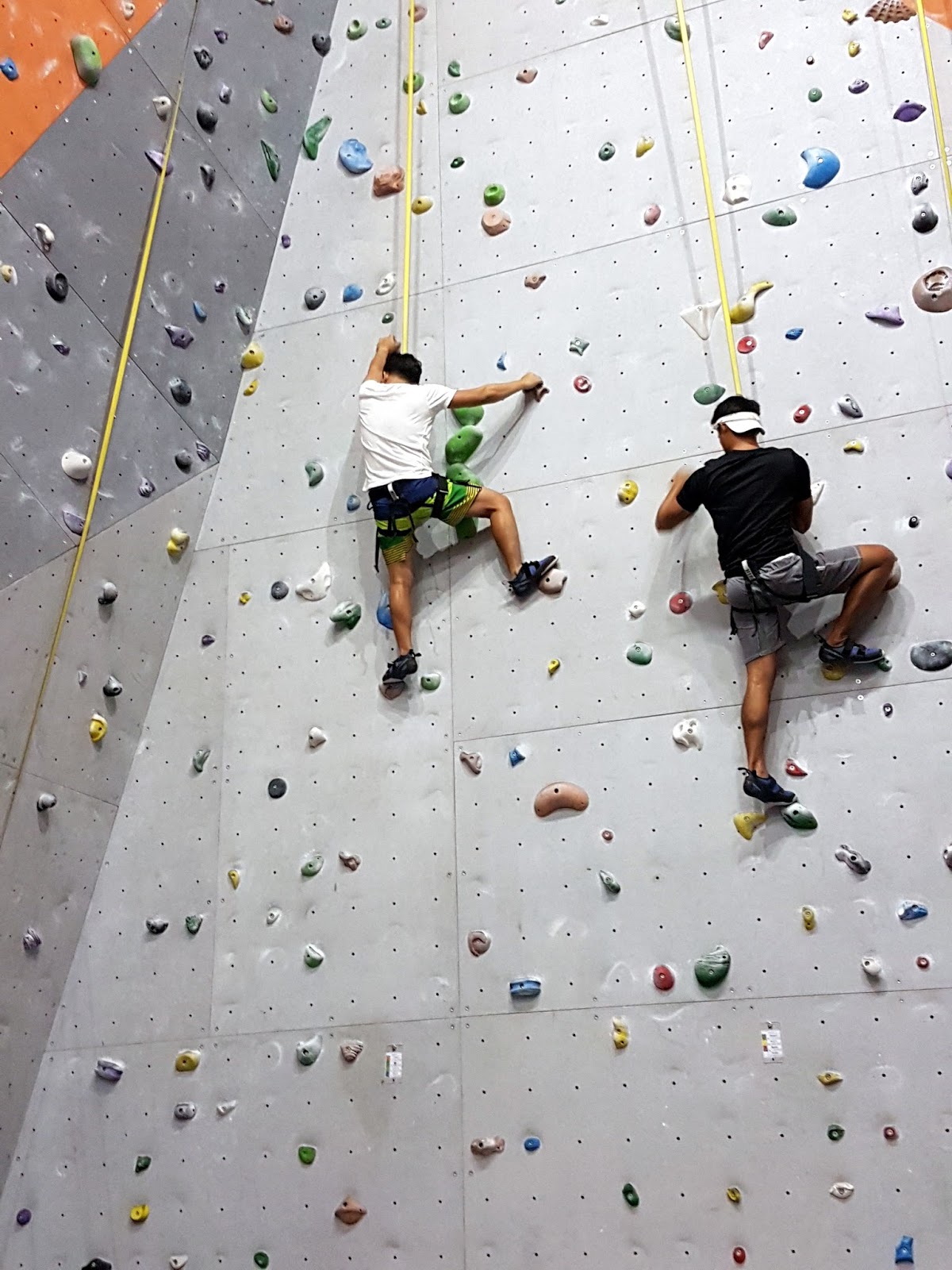 Climb Central Manila
This facility is actually the most ideal for me as it is located centrally, in the Greenfield district, just across Shaw Boulevard in Mandaluyong City. The facility is huge too - with several walls with varying degrees of difficulty plastered along the inside perimeter of the building. I've visited Climb Central with my friend Vince, who also taught me flyboarding. We took turns as belayer when climbing.


The walls are graded according to difficulty, so there is no second guessing for beginners for which walls to try. The scale is numerical, with 4 as the easiest, then 5 up to 7. Letters are also used alongside the number, for further distinction of the grade. The holds are color-coded as well, so it's easier to find the next one when climbing and lessens the tendency to "cheat," i.e. grabbing other holds within reach. So far I've only managed up to 5b, but I think I can improve with constant practice.

The fee is PhP600 for an unlimited one-day session (you can go out of the facility and come back within the day). You will be issued a pair of climbing shoes for every climb. When signing up for the first time you will be issued a keyfob-style ID. The facility has a locker room and showers, so you can freshen up after a climbing session.

How to Get There
Climb Central Manila is located in Greenfield DIstrict, in Mandaluyong, just across Sahw Boulevard. You may take the MRT to Shaw Boulevard Station to go there.

The indoor climbing facility in Timberland is also smaller than Climb Central, and the routes are not graded (although the climbing holds are also color-coded). There are no auto-belay devices so a belayer is a must before climbing. They do have a staff on hand to assist as belayer, so you can still go there alone and not worry about having a belayer.

Useful Info
The hourly rate is PhP150. The catch is that you need to be booked in their hotel or is in the facility for a corporate or social activity to be able to use the facilities (which, aside from the indoor climbing, include the pool, billiards, Jacuzzi, and spa).

How to Get there
Public transportation is not viable for going there, so a cab or driving is the only practical way. You may also bike all the way to Timberland (a popular route for cyclists).

There are other indoor climbing facilities in the metro but I won't elaborate on them yet as I haven't tried any besides the two. There's PowerUP in Tandang Sora, Quezon CIty (the one I've tried in college) and also in ROX store in Bonifacio High Street in Taguig. I will add them to the list above as soon as I try them.