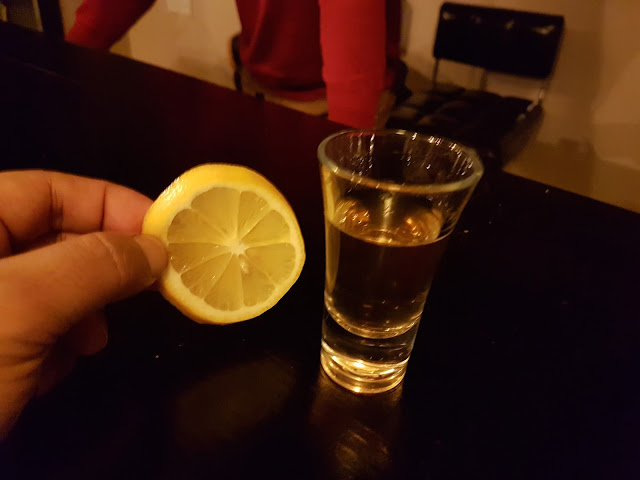 The dinner went well. Lots of interesting conversations and the food was delicious.  After about three hours we went back to the hostel to retire. 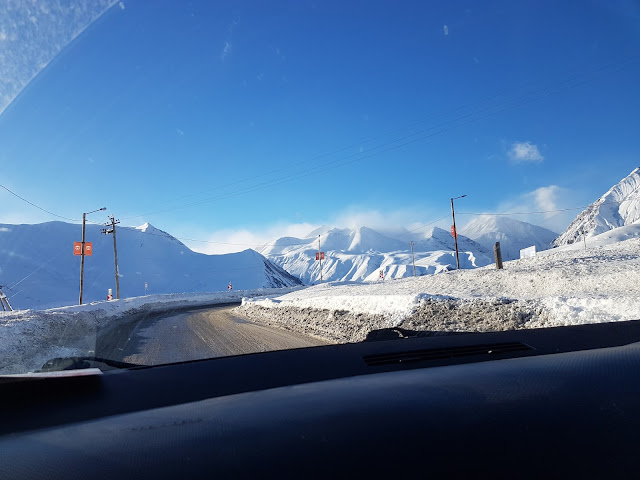 Ski Gudauri, 3:30pm
I went back to the ski school to return the board and the equipment, and pay for the lessons and rental. Alex also agreed to take me back to the hostel. 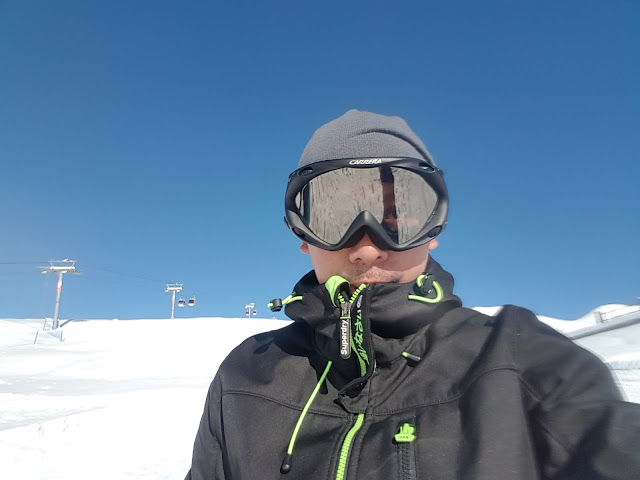 An aside, I really would recommend this company for ski/snowboard lessons if you are in Gudauri. They can be reached by phone +995557371435, look for Irina or Alex. 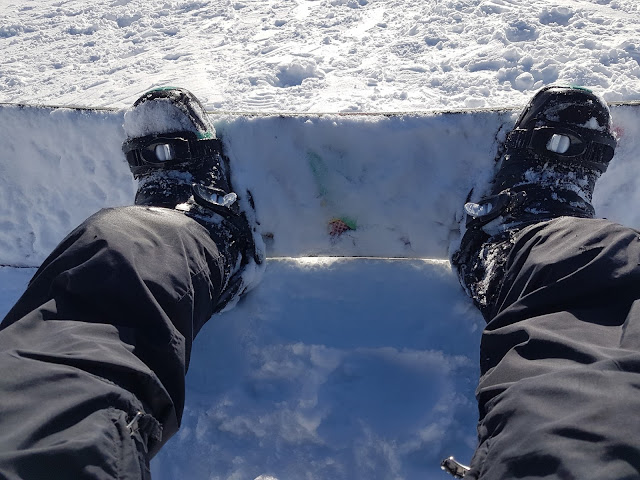 Gudauri Recreational Area, 3:15pm
I practiced snowboarding on my own for another hour, then I called it a day. The slope was getting crowded, and my knee is starting to complain too. 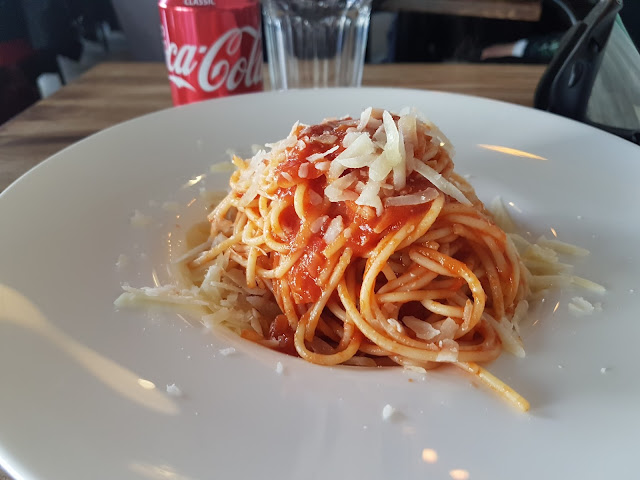 Posticino, 2:10pm
I went to an Italian restaurant nearby to order pasta and Coke for lunch. It was a pleasant meal, and I went back to the slopes again to practice riding.

Gudauri Recreational Area, 2:00pm
At this time the formal instructions are done and I think I was able to do several decent enough rides. Andrei bade farewell as he has another student, but added me on FB first.

I thought I'd take a break at this point as I was thirsty and famished, but planned to go back to the slope to practice some more.


Gudauri Recreational Area, 12:00nn
I was tentative at the first few times I attempted to ride. I was favoring my left knee too, afraid that I might aggravate it. I actually wore patellar support to give it some reinforcement.

Soon I got more at ease with the board and with riding it, and Andrei taught me more techniques, such as riding on back edge and on front edge, as well as switching between the two. I started enjoying it too that I told him we will go for 2 hours. 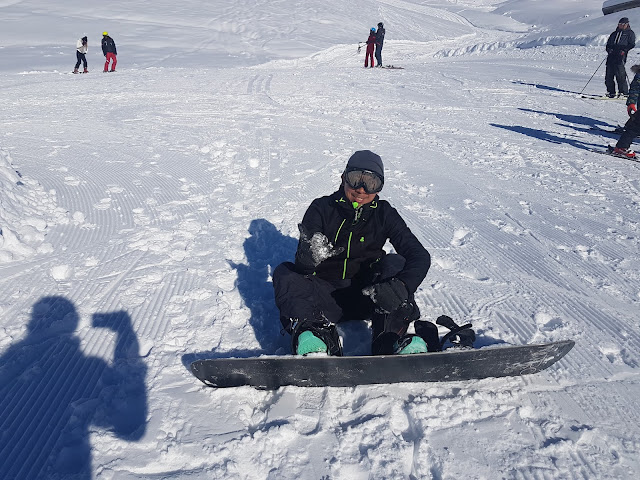 Gudauri Recreational Area, 11:45am
We started the proper training on the slopes at this time. It wasn't very steep, which I think is OK, as I dont think I'd be able to handle an intermediate course yet. 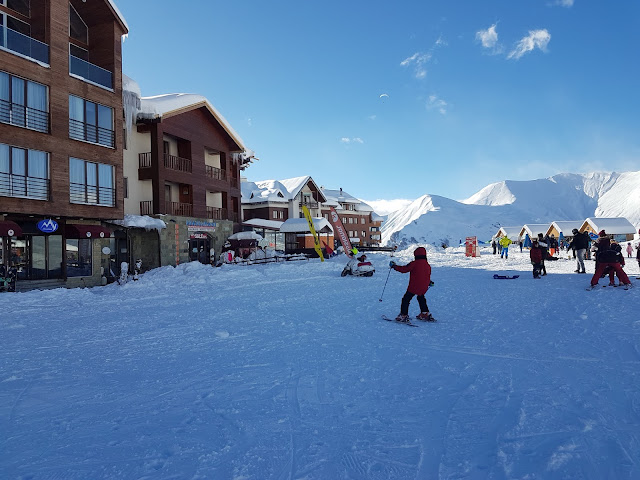 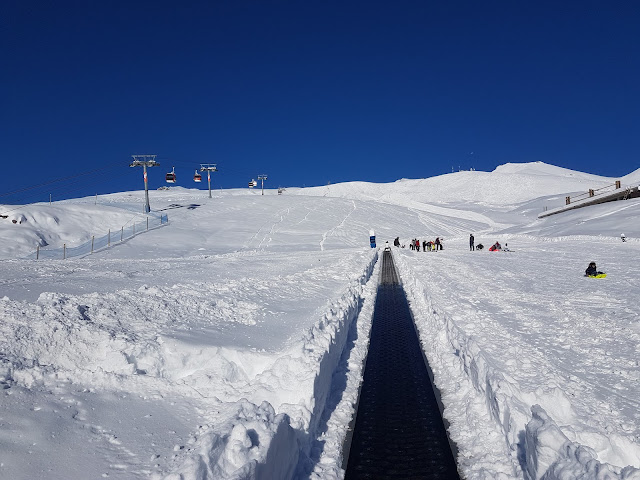 The ski area, at the foot of the mountain, is surrounded by several buildings housing shops and restaurants. There was a gondola that will bring skiers to the upper levels, but we won't be using it today. 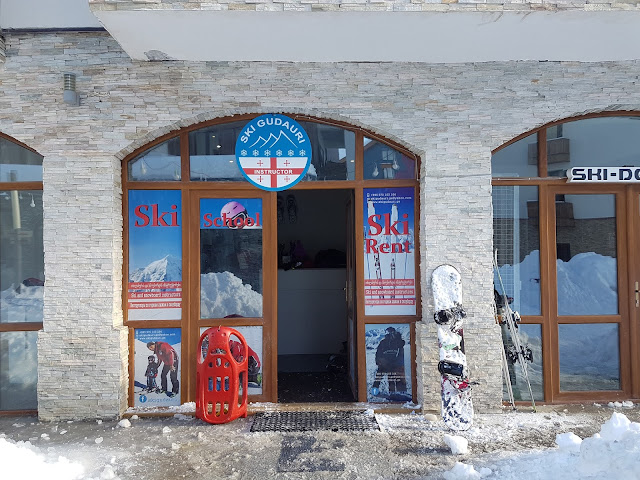 Ski Gudauri , 11:15am
So we arrived at the ski school premises. I fitted with boots, goggles, and ski pants. I also met my snowboarding instructor, Andrei. He is a Russian from St Petersburg, and he told me that he plans to fly to the Philippines to kite-surf.

The last time I tried snowboarding was in Japan in 2014 so I still consider myself a beginner. Andrei gave the initial instructions, like how to fasten and remove the bindings of the board, and basic moves such as how to fall properly when outbalanced. 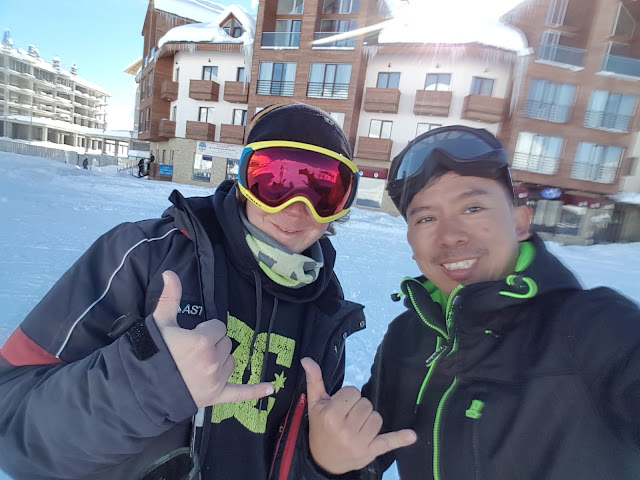 After the introductions we went to the slopes.

Abu Hotel, 10:45am
I thought he didn't show up so I went to Abu to inquire. Turns out he (Alex, the owner of the ski school) was waiting in Alpina Hotel, the one nearby; after the call he went to pick me up at Abu.

9:30am
I went down to get some breakfast - oatmeal, sunny-side-up eggs, sausage, bread, and tea. Then I went back to get a quick shower and then made preparations for the lessons later. The guy from the ski school will be here around 10:30. 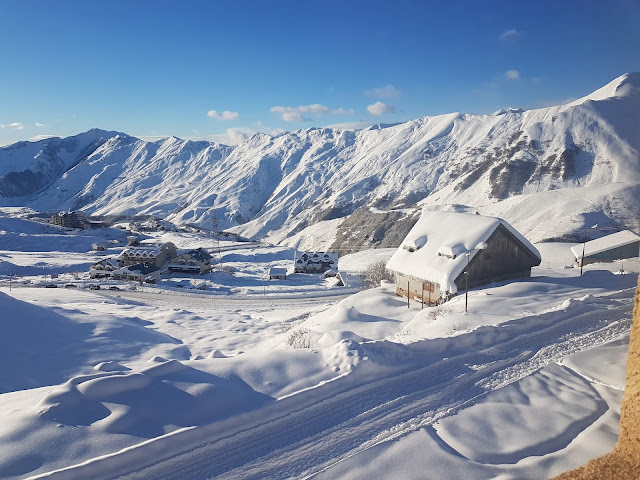 White Shino, 8:30am
I woke to this view of the mountains and the village. I think this Christmas day will be perfect.