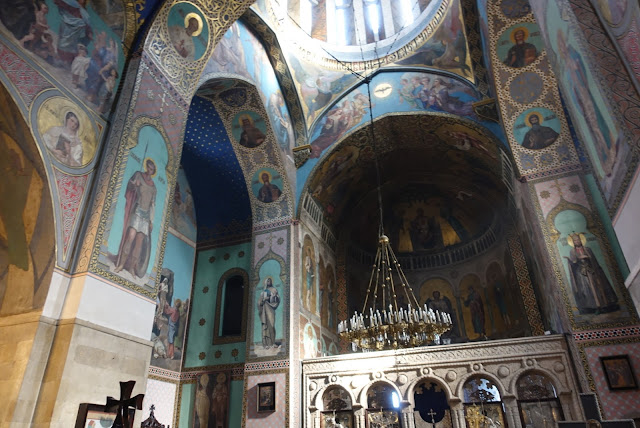 On my last full day in Tbilisi I explored the old historical section of the city by joining a walking tour. I also went to the funicular and the baths.
____

Envoy Hostel, 10:00pm
Again, back in the hostel. I will pack and wait for my cab at 2am to go to the airport.

Bridge of Peace, 9:20pm
We went to the bridge to see it lighted. Tonight it sports the colors of the Georgian flag. 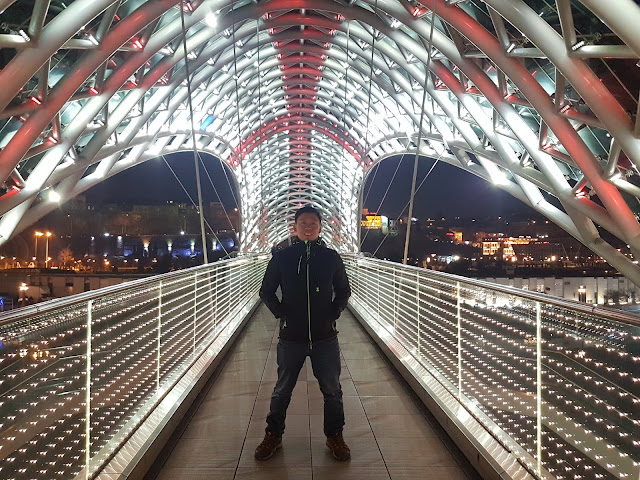 Coffesta, 9:00pm
We had tea and cheesecake for desert. 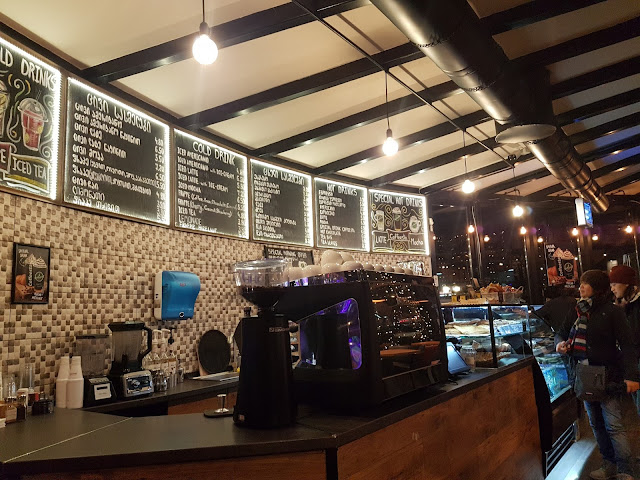 Cafe Accent, 7:20pm
While at the hostel I met two Filipina travelers. We decided to for dinner and picked Cafe Accent. We ordered pork barbeque, khinkali, rice and potatoes. 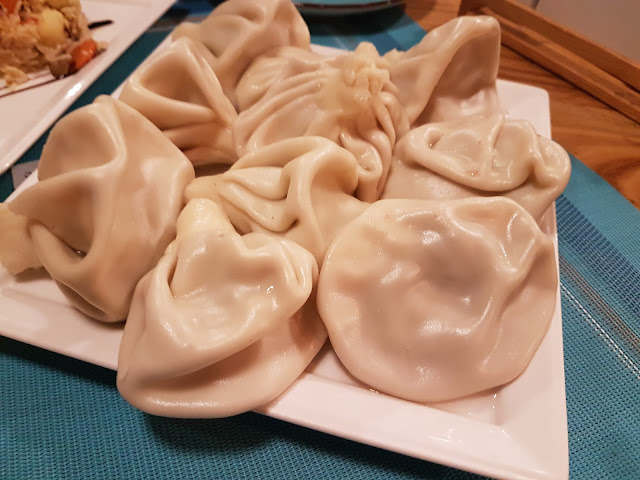 Surphur Baths, 5:30pm
I went to the surphur baths after some rest at the hostel. The baths were located just a block away. I got in after I paid 3 GEL, then a masseur offered a scrub, bubble bath and massage for 30 GEL. I paid him and went inside the locker room to undress. 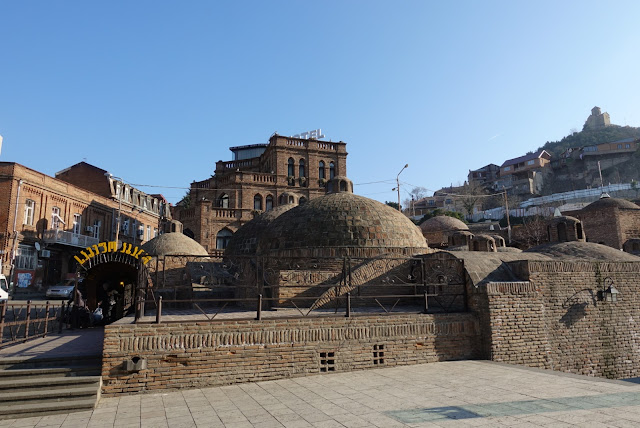 The experience is similar to the hamam in Istanbul, or the onsen in Japan (without the scrub and the massages), although full nudity is required here, unlike in a hamam where one is expected to have a towel around the waist. I took a shower first and then went to the sauna for some time. There are lots of locals inside. After the sauna I got the scrub and a brisk massage in one of the marble "beds" located in the niches of the bathhouse. Afterwards I stayed in the sauna and in the hot tub for a bit more. I then went to the locker to get dressed. 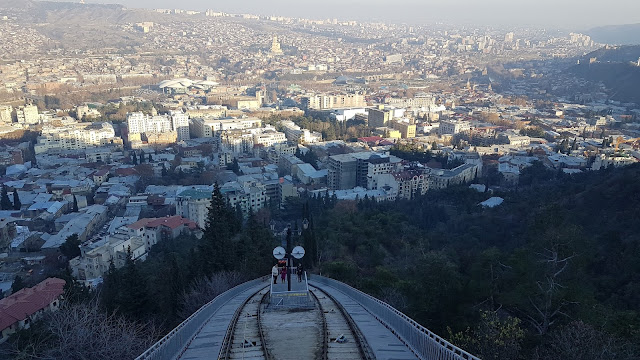 Envoy Hostel, 4:30pm
Back at the hostel.

Tbilisi Funicular, 3:35
After a long walk up the hill from Liberty Square, I finally reached the station for the funicular. I paid the fare then got in the first one available going to the top. 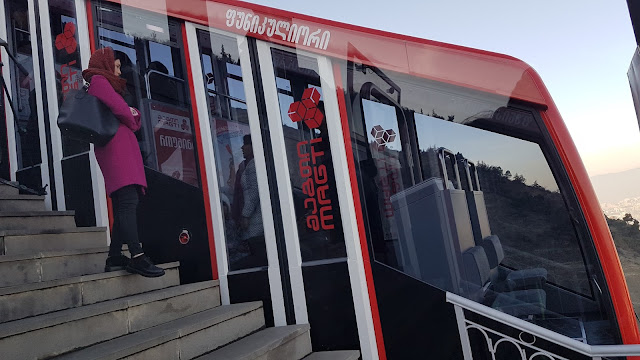 The ride was pleasant enough, not too fast that will give you vertigo. The view of the city is great from this vantage point. It was a bit cold so I didn't stay long. I took the ride back down, and hailed a taxi back to Liberty Square.

2:45pm
The walking tour ended in the section of Old Tbilisi where the sign "I ♡ Tbilisi" stood.

Jumah Mosque, 2:30pm
We visited the Jumah mosque, which is Azeri in origin. We were able to go inside and they even allow us to take photos. I do think that the Syrian-Argentinian girl was talking too loudly and was disturbing the people praying inside. 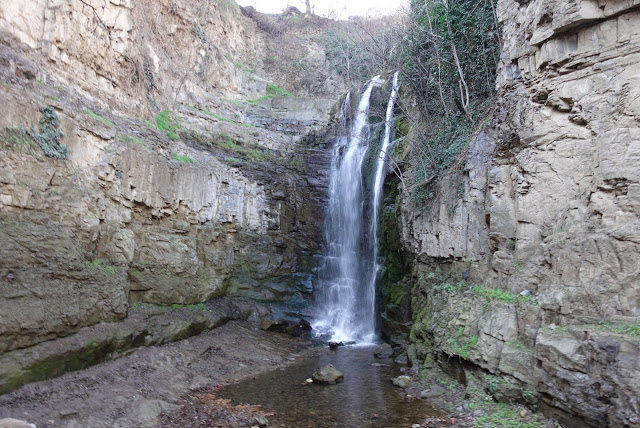 Dzveli Tbilisi Sulphur Waterfall, 2:25pm
We reached the small waterfall behind the botanical garden. Also in the area was the a large chain fastened to the rock face - this was called the chain of Prometheus. 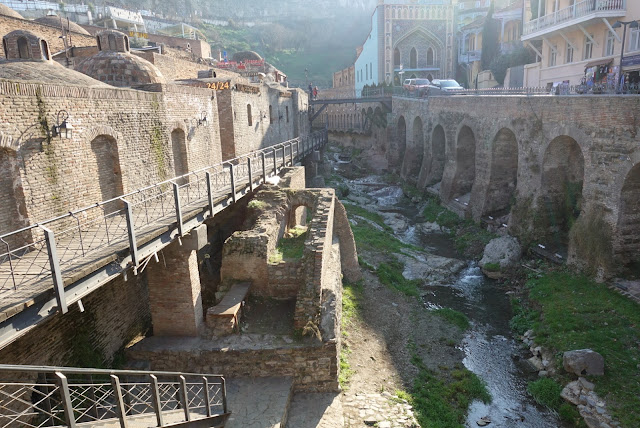 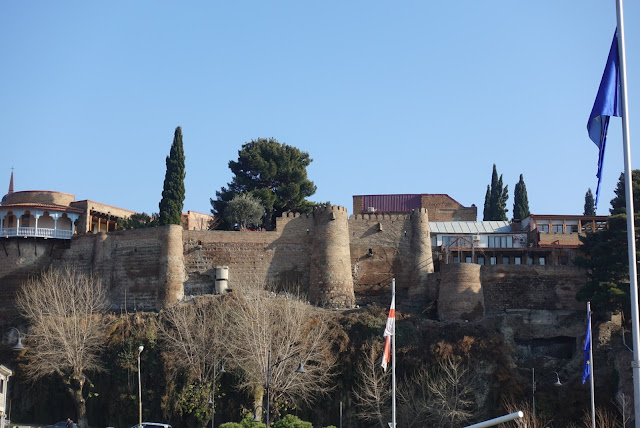 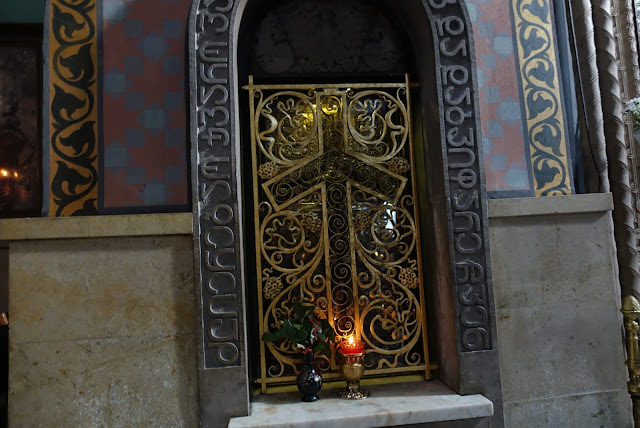 Sioni Cathedral of the Dormition, 1:00pm
The next landmark we visited is the Sioni Cathedral. It was originally built in the 5th century, and it houses the original grapevine cross of St.Nino, the Cappadoccian woman who introduced Christianity to Georgia. 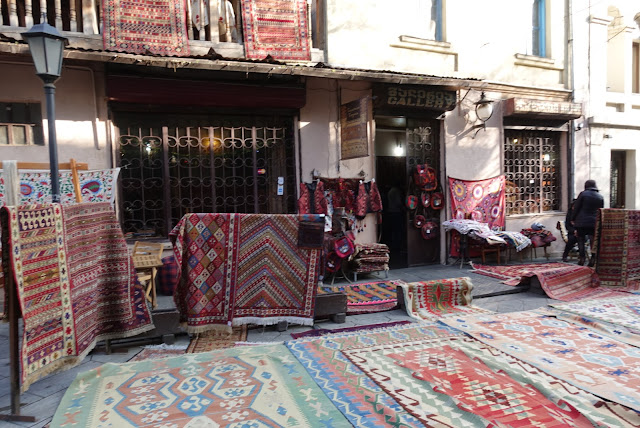 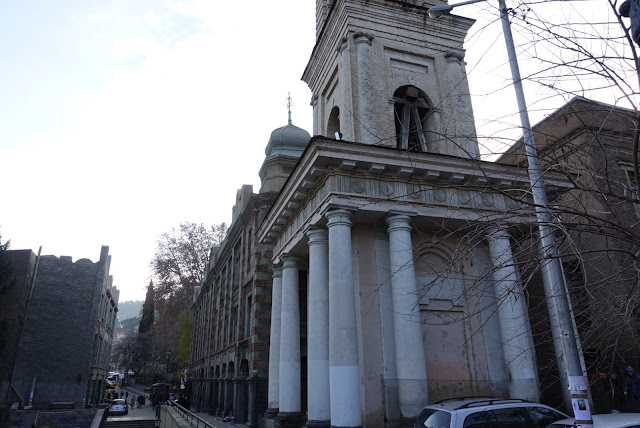 Bakery, 1:00pm
The next stop was a traditional Georgian bakery. It is located underneath a seminary, which is previously a caravanserai for the Silk Road era. 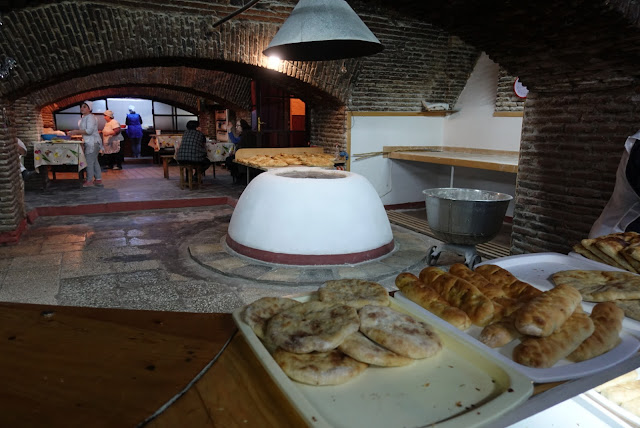 Norashen church of Tbilisi, 12:45pm
We then visited an Orthodox church. The murals inside were interesting, as they depict events in Georgian history, including the Persian invasion. 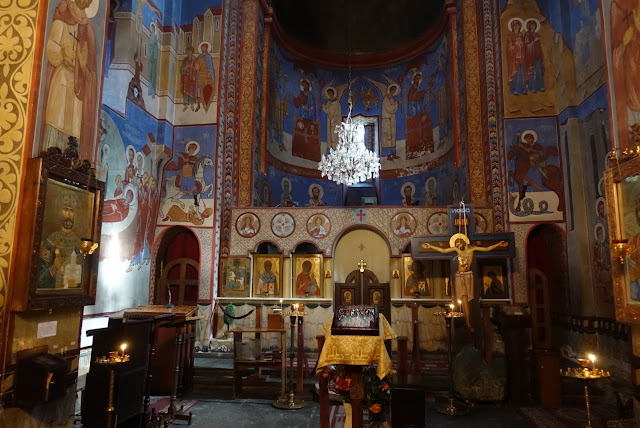 Cathedral of the Assumption of the Virgin,  12:30pm
The first landmark that we visited is a Catholic cathedral. It was built in 1805. 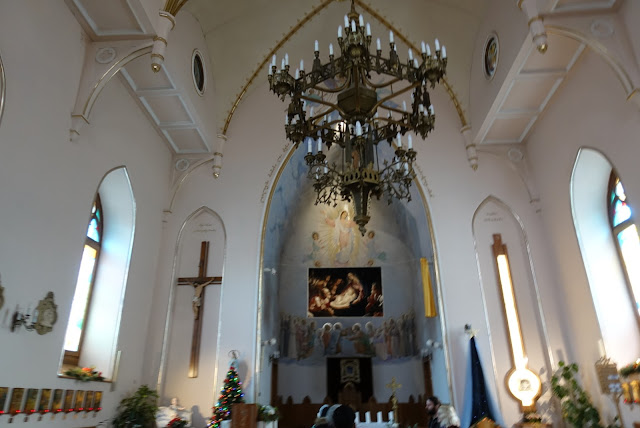 Liberty Square, 12:00n
At exactly 12 noon the walking tour started. I just got there on time, after taking a quick brunch at Dunkin. 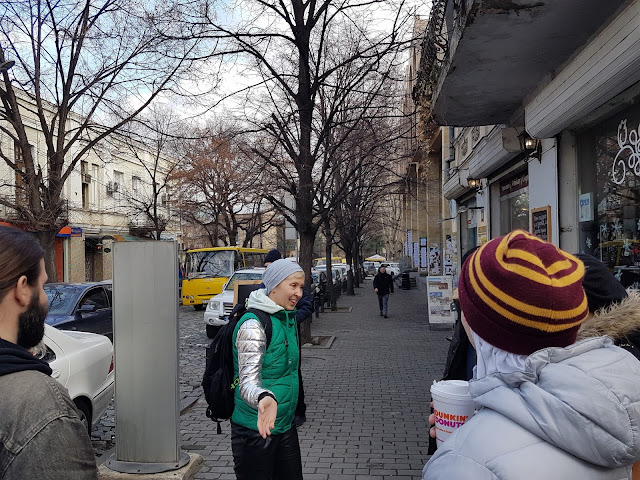