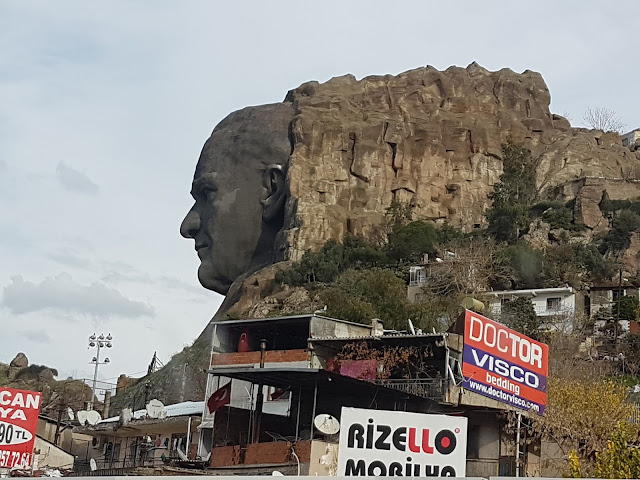 Day 3 of the trip - going to Izmir

Windows by the Bay Bar, 6:30pm
The bar is at the 31st floor. I'm having beer and some club sandwiches here while admiring the view of the Aegean Sea and the city.

I'm pretty much turnt by the time I finished my drinks so I'm going to turn in early tonight. Tomorrow I might swing by the clock tower (the castle may be out of the question) before heading to Selçuk. 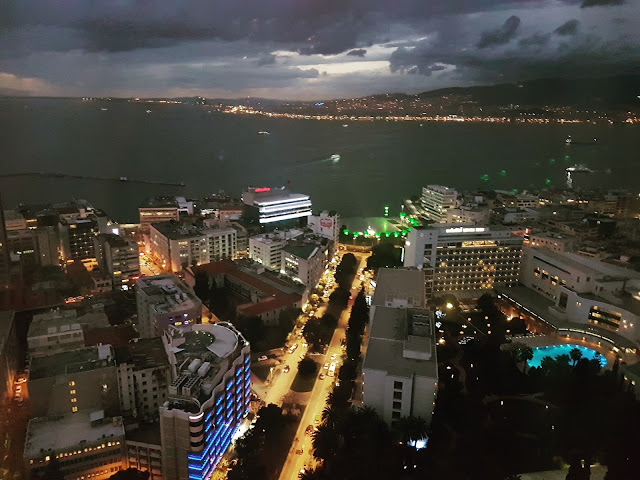 Hilton Izmir, 5:30pm
I'm back at the hotel, waiting for the Windows by the Bay Bar to open. I have two complimentary drinks waiting, courtesy of Hilton Honors. 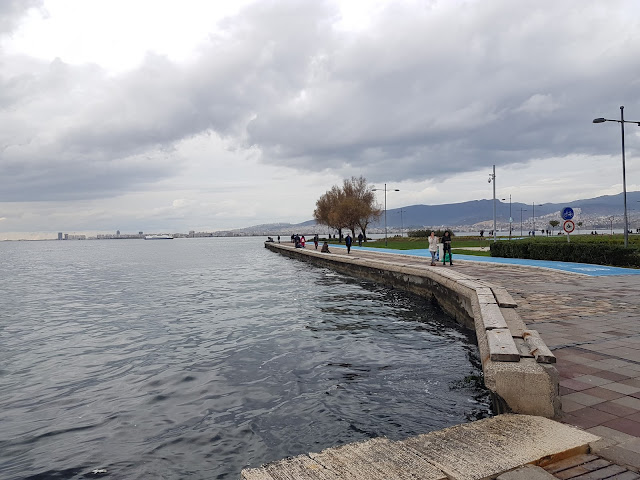 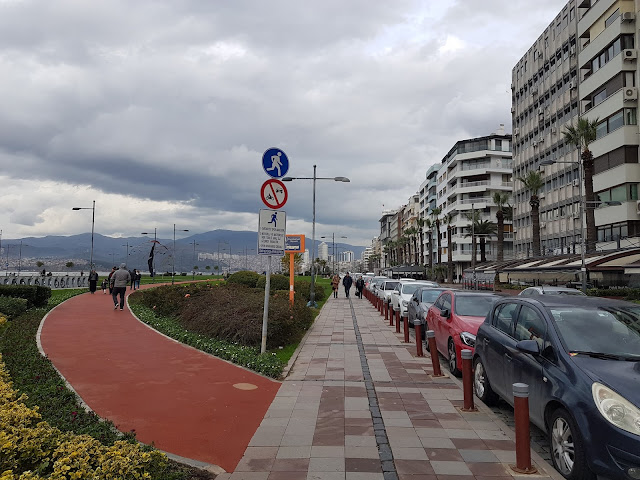 Park İçi Yolu, 4:15pm
After shower I went down to explore the city, moving towards the Aegean coast. The city - especially the part near the sea - reminds me of Condado area of San Juan, Puerto Rico. 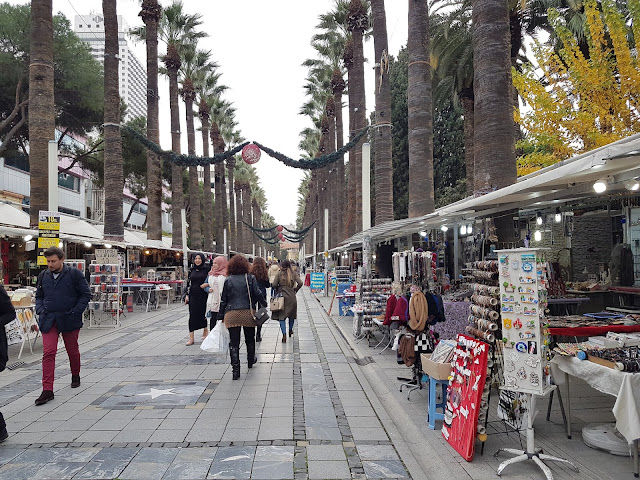 I passed a flea market along the way. I bought ref magnets for my mom and a souvenir for myself too, a leather bracelet.

I ended up in the boardwalk, which according to Google Maps is the Park İçi Yolu. There are people biking and jogging there , some just sitting on benches. 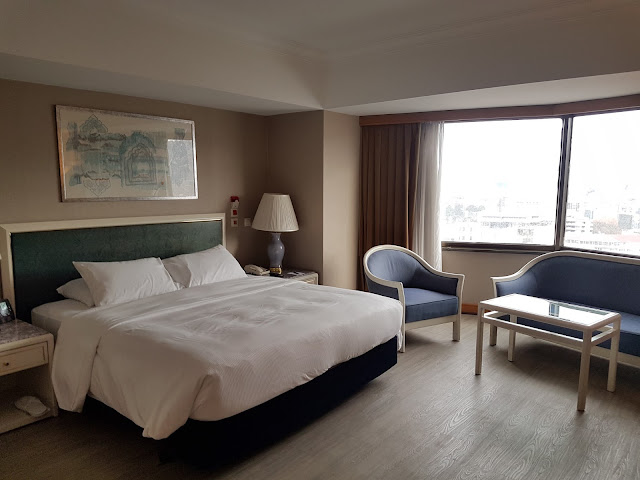 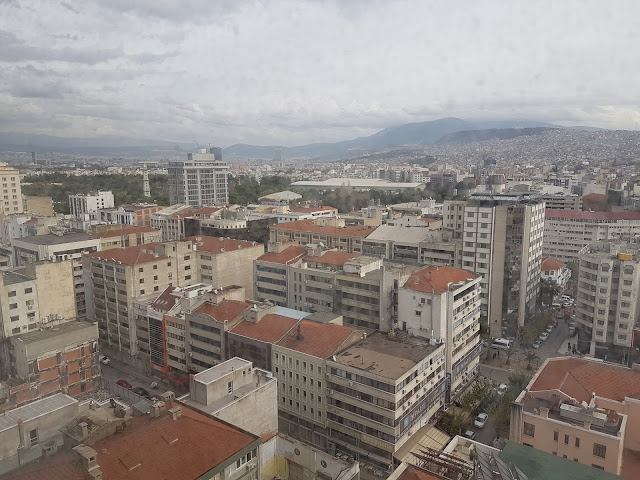 Hilton Izmir, 3:30pm
I checked in at the hotel - Hilton Izmir  - so backpacker mode is off for at least a day. The view is nice - the Kadifikale Castle can be seen just up the hill . There  are nice toiletries too so I'm going to take a long shower.

I'm going to head down after to explore the city. 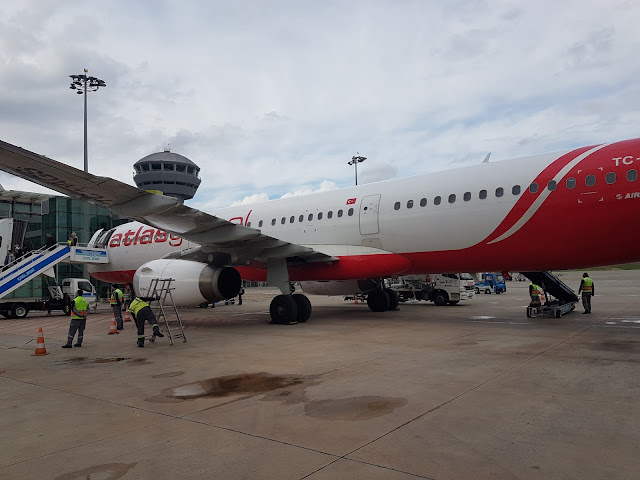 2:30pm
Izmir Adnan Menderes Airport, 2:10pm
Touch down Izmir. The flight was quick - 50 minutes or so. Happy with the airline too - flight is cheap, around $22, and they even served food - sandwich and Pepsi. I dont get that from other budget airlines.

I finally got my luggage and I went outside to get a cab. Fare is around 70 lira, which is almost as much as the plane fare going here. 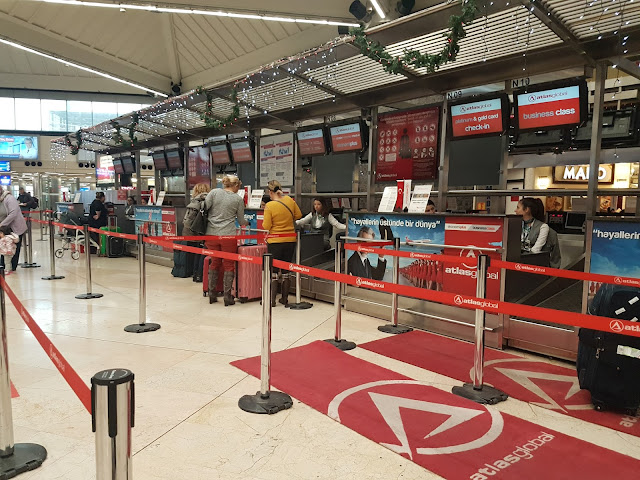 Ataturk Airport, 10:00am
We arrived at the airport with no glitch. Got inside after clearing security, but I committed a minor boo-boo. I was on the international departures, so I have to go down amd walk to the far end to get to the domestic side. I'm flying Atlas Global to Izmir today. 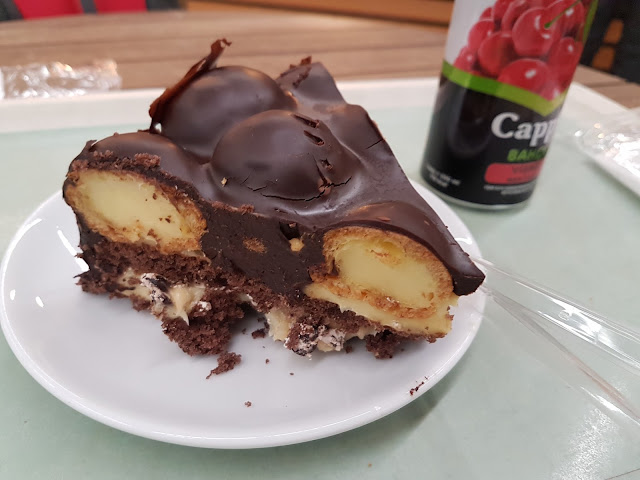 I soon checked in (windowseat of course) and went to the second security check. I somehow tripped a chemical sniffing machine so I got swabbed before I was let through.

I am now in a cafe, enjoying a cake and a drink. My flight leaves at 1pm. 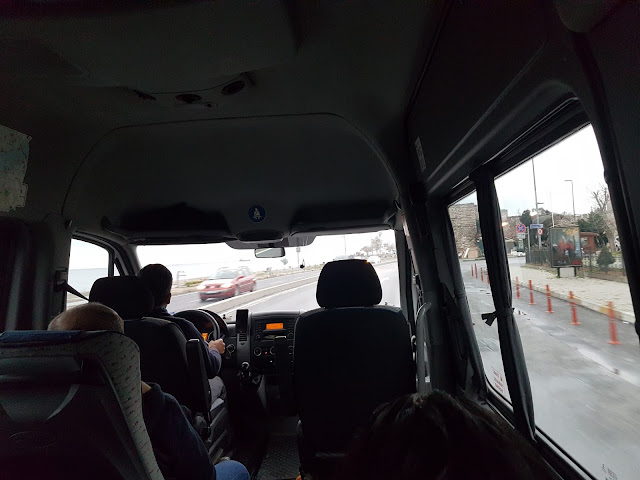 9:25am
On the dot the shuttle came. We stopped by a couple of hotels to pickup other passengers. We took the highway to Ataturk Airport which is nice because I can see the  Black Sea on one side and the city walls on the other. 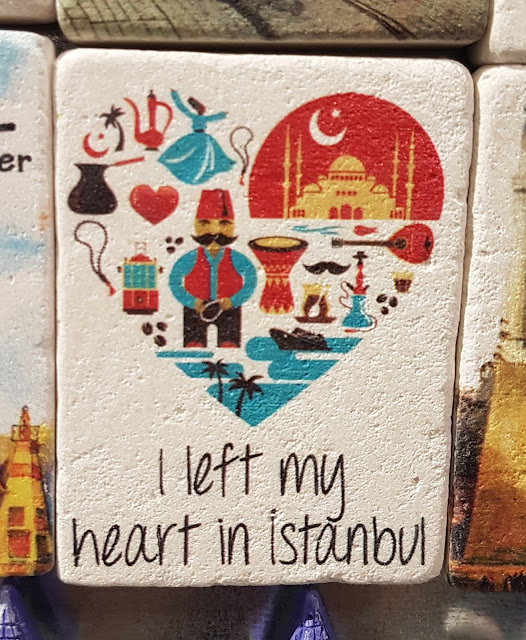 Cheers Hostel, 8:00am
I basically scratched my plans yo swing by the Blue Mosque and Tokapi Palace (bye bye Museum Pass). The weather is dreary (8°c outside) and I may not be able to explore everything then be back to go to the airport. So I went downstairs and booked the 9:25 shuttle to the airport (23 lira one way) and had breakfast.