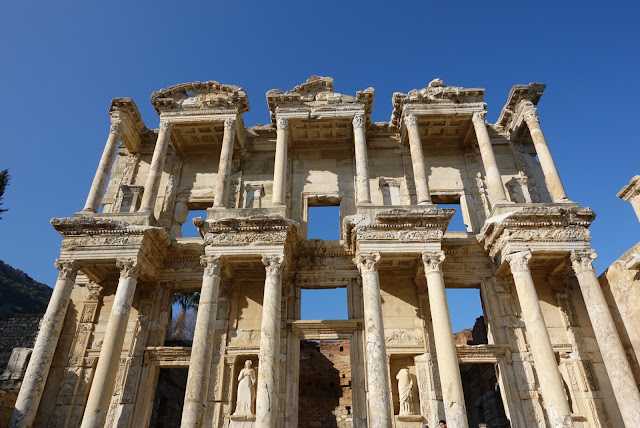 On with the fifth day: Ephesus and Selçuk.

Boomerang Hostel, 8:00pm
Back at the hostel after accompanying the girls back to their hostel. The owner of the tour company actually gave us a lift, which very kind of him. It's getting cold out too, so after buying some snacks at the grocery store I went back to my room. It will be an early day tomorrow - going to Pamukkale!

Koftecesi Restaurant, 6:00pm
I had dinner with Rupali and Gargi, and that mulberry wine is really good 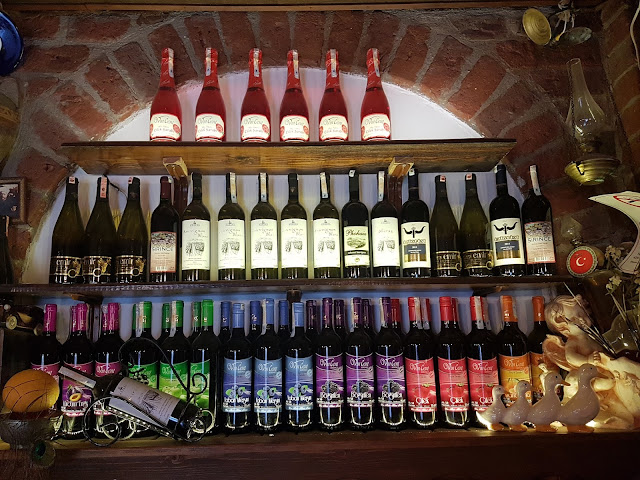 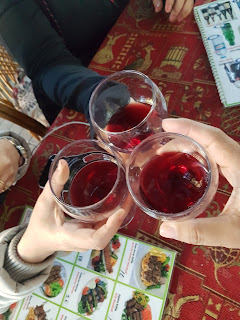 We bought a bottle of mulberry wine and made plans to have it during dinner.

Temple of Artemis, 2:20pm
After that commercial break we proceeded to the Temple of Artemis. I remember it from my history classes - one of the Seven Wonders of the Ancient World. Alas, not much left at the site except for a single column of marble and tens of broken pieces strewn all over a field. 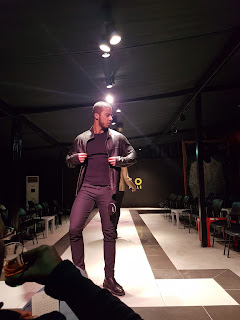 Citto Pelle, 1:30pm
After lunch we swung by a store called Citto Pelle, which specializes in leather products. There was a mini fashion show showcasing the clothes (the lambskin jackets are nifty), and the Pakistani couple bought some. I didn't get any as they were expensive - 3,000 lira for a jacket!

Restaurant, 12:15pm
We were brought in a restaurant for lunch. The food was served buffet style, and it was good. 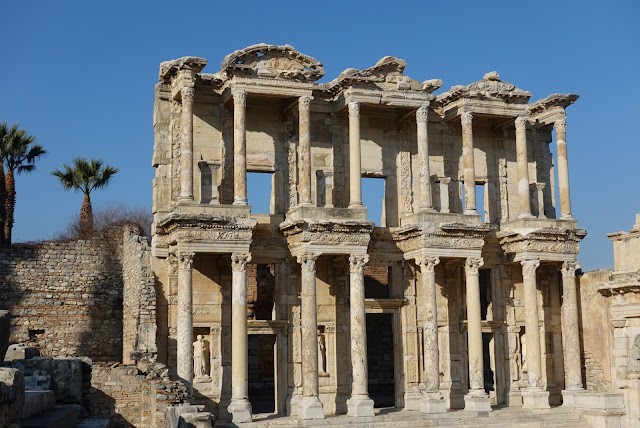 Ancient Ephesus, 10:40am
After visiting the House we went down the mountain and proceeded to the site of the ancient town of Ephesus. In the ancient time Ephesus was a port town and a commercial center. 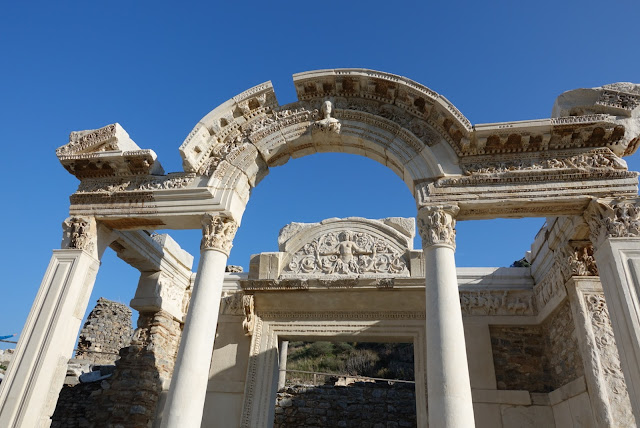 Among the structures that were identified in the archaeological digs were the gymnasium, the agora, several temples, including one dedicated to Hadrian, fountains, baths and latrines, a brothel, and the Library of Celsus, which is said to be the third largest in the world at that time. 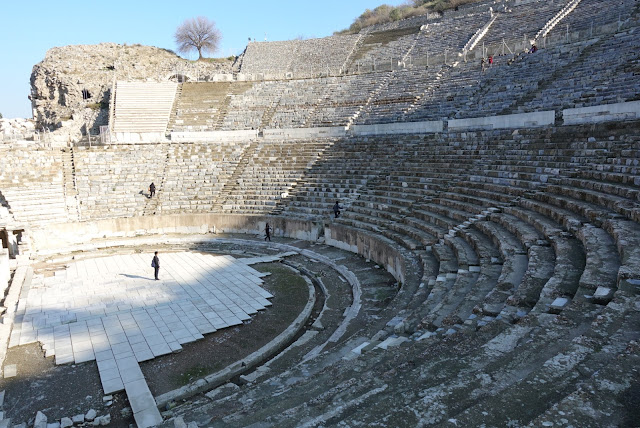 Just outside was the Great Theater, where gladiatorial games were once held. 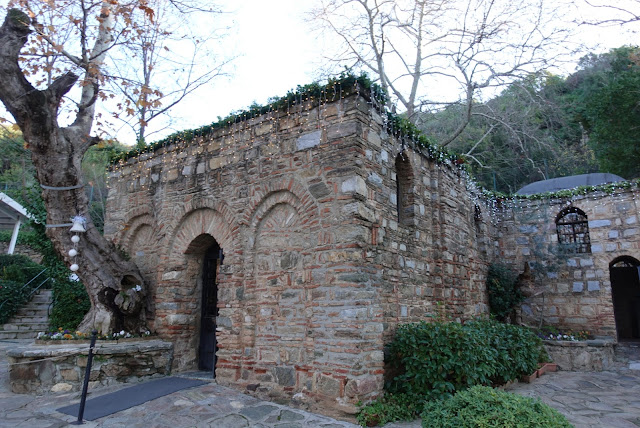 House of Virgin Mary, 9:50am
Our first stop is the House of the Virgin Mary. It is located on a mountain overlooking the ancient town of Ephesus (Efes in Turkish). It is said that after the death of Jesus, the Virgin Mary escaped Jerusalem and, accompanied by John, settled in a mountain area in Ephesus. She stayed in the house until her Assumption. 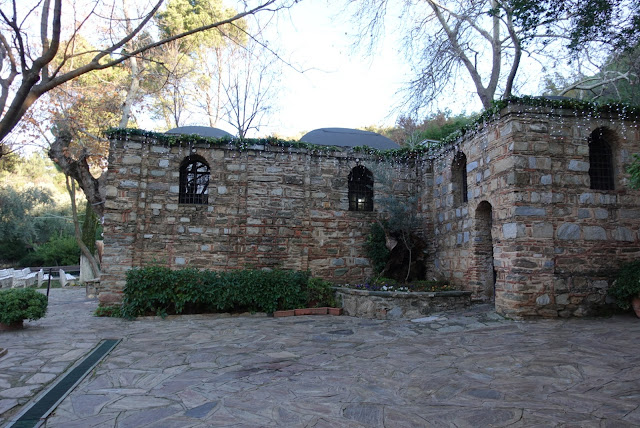 The house was small, made of stones, and composed an anteroom, a bedroom, a praying room, and a room with a fireplace. Being in such a sacred place was a numinous experience for me. I went inside to pray and offer candles (no photos are allowed inside).

Outside the house were faucets that draw water from a spring. The Water of Mary is said to be miraculous and can be drank by the visitors. There was also a small area where people can leave their petitions, written in pieces of paper.

Tour bus, 9:00am
Our tour group is composed of the guide, me, a family of four from Pakistan, a couple from China and another from Malaysia, and two women from India.

Boomerang Guesthouse, 8:30am
I got ready to be picked up for the tour. A breakfast was prepared for me at the hostel and I was just about to finish when the tour guide arrived.