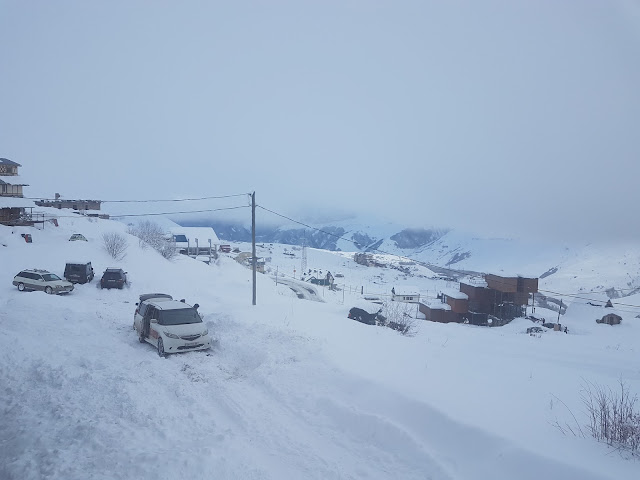 The ninth day of the trip is for Gudauri, a ski town about a hundred kilometers from Tbilisi. 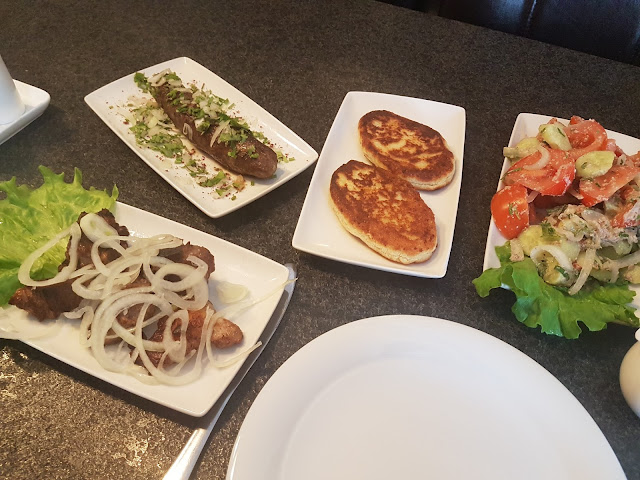 4:30pm
I am having my Noche Buena (Christmas meal) in the hotel's restaurant. Merry Christmas, everyone!

Abu Hotel, 3:20pm
I went down the road to find a snowboarding instructor and I went to a hotel called Abu. The woman at the desk called one and was able to arrange one for me tomorrow. I also decided to have my "Christmas meal" here so I went to their restaurant to order. 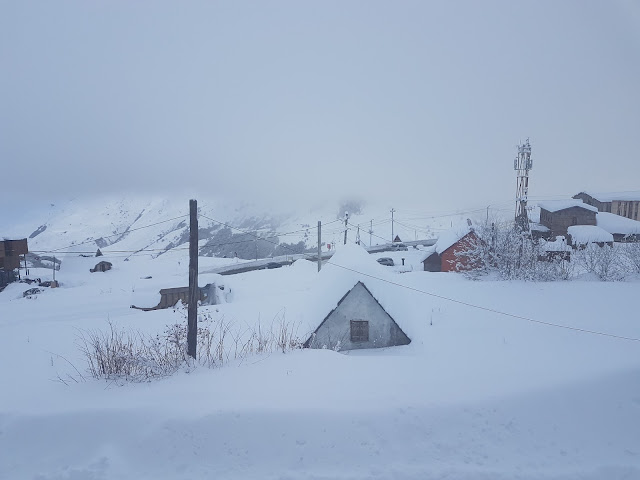 White Shino, 3:00pm
I am staying at a hostel called White Shino. There's not a lot of guests at the moment so I was checked in in no time. 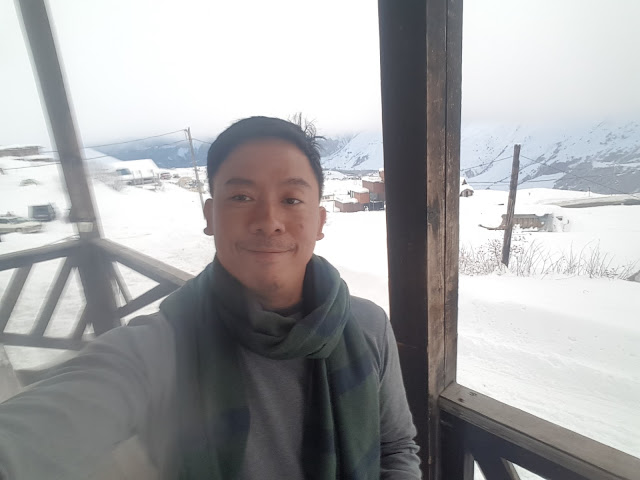 Gudauri, 2:50pm
Finally we reached Gudauri. The bus driver took a while to find our hostels. I then said goodspeed to my companions and walked to my hostel. 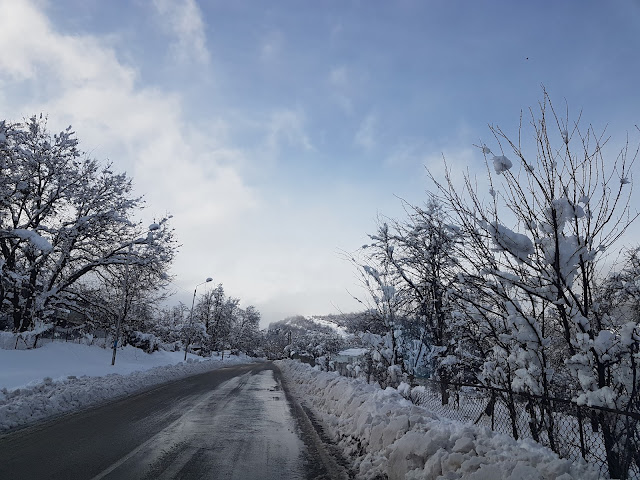 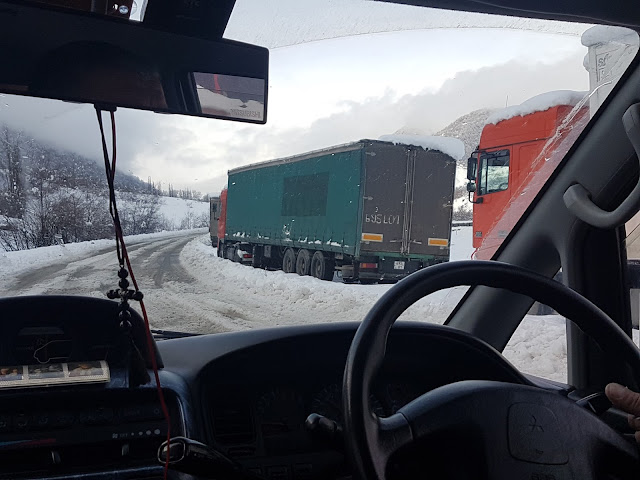 Georgian Military Road, 2:00pm
We're starting to see more snow. Parts of the roads were cleared but there's a long lane of trucks that are stopped, waiting for the pass to clear. They may be there for days. 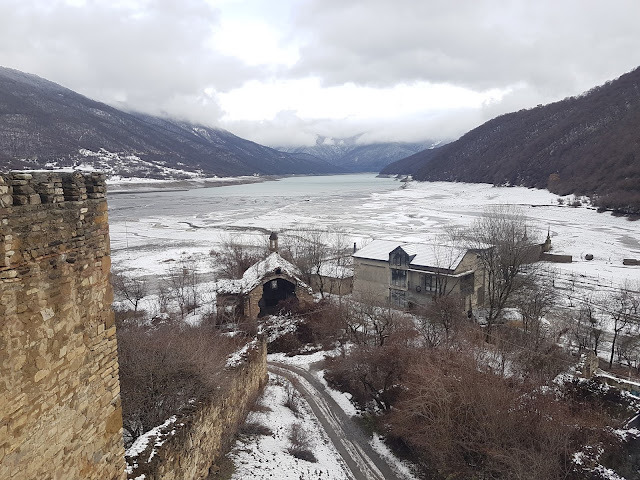 Ananuri, 1:10pm
We stopped at a small village called Ananuri. There was an Orthodox church there plus a nice view of the valley and the river. I bought tea to warm me up. 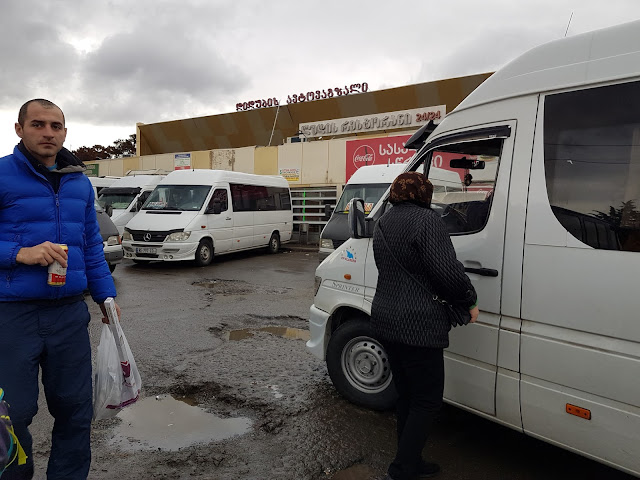 Tbilisi Bus Station, 11:45am
The bus station is crazy! Lots of touts and drivers trying to get our attention. We found one minibus going there so we took it - 40 lari each. The passengers are a young Geogian man (Koka  who likes cpmic books) and Anastasiya (a Ukranian ski instructor), plus me, the German girl Anke, and her South African partner.

Fabrika Hostel, 11:00am
I'm supposed to have lunch with Gesi before going to the bus station to Gudauri but a couple in the hostel suggested that we go there together and maybe share in the fare, so I took a raincheck for the lunch. The guy at the desk was also trying to find out if the road to Gudauri is now open as there was heavy snow yesterday (1 meter of snow!). So good news is that the highway is open to small vehicles so we'll push through.