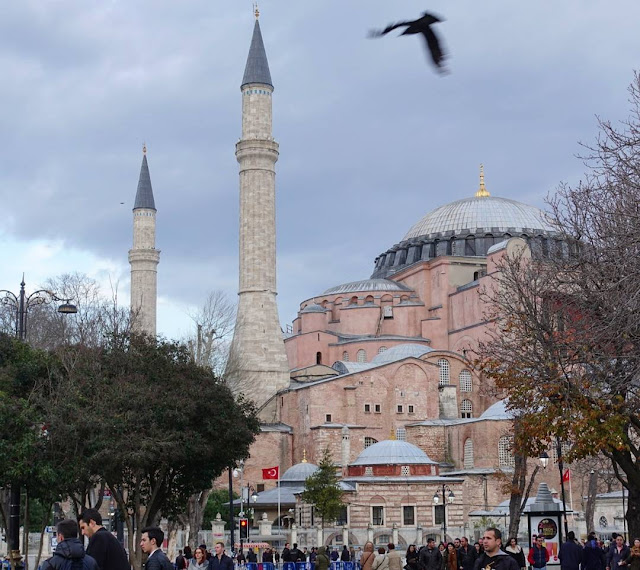 Hagia Sophia, the great Byzantine structure built in the 6th century, was the main reason why I wanted to visit Istanbul. It was the first landmark I visited after arriving in the city and checking in the hostel. 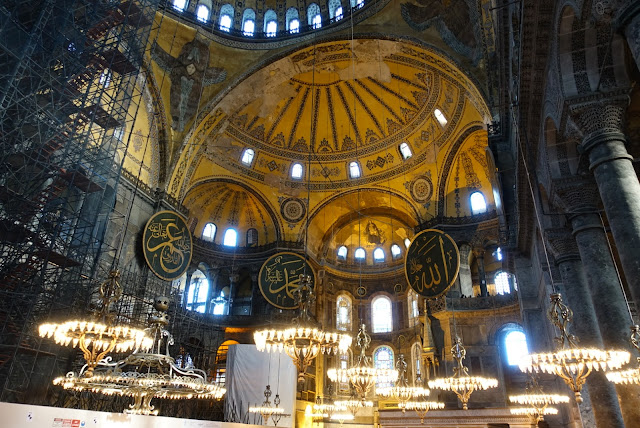 Originally Hagia Sophia, which means Holy Wisdom, was built as a basilica, under the direction of Emperor Justinian. It was converted into an Orthodox church after the Great Schism, which caused the split between Western and Eastern churches. After the fall of Contantinople it was converted into a mosque, and then into a museum at the early part of the 20th century. 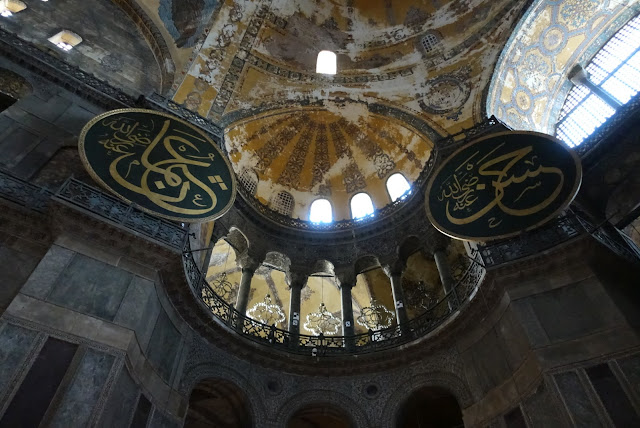 There was still a sizeable crowd when I arrived at the site late afternoon. I purchased a museum pass (instead of a single entry pass, as I plan to visit it and other museums in the city) and proceeded inside. The first route was to go up the upper galleries, some of which host crypts belonging to sultans and bishops past. Some parts of the building are off limits, because of repairs, but the scaffoldings cannot obstruct the splendor of the structure. 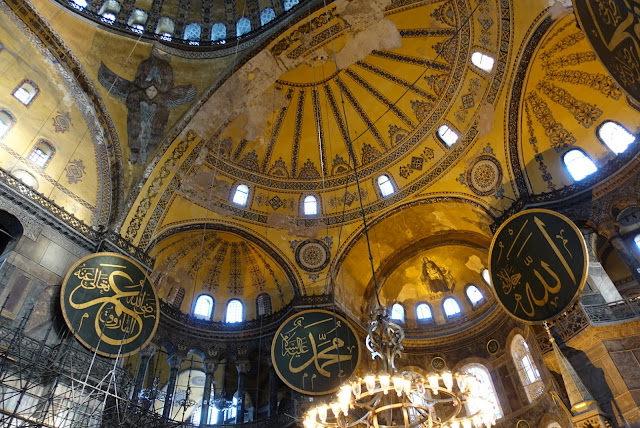 I found myself in awe - akin to the feeling I had when I saw the Pope - as I look up the the intricately decorated dome. In one of them the image of the Virgin Mary dominates. Mary is both revered by the church and Islam.  I alternated between admiring and the compulsion to document my visit by taking a lot of photos. I only left until it was near closing time, pleased with the fact that at last I visited the magnificent building. 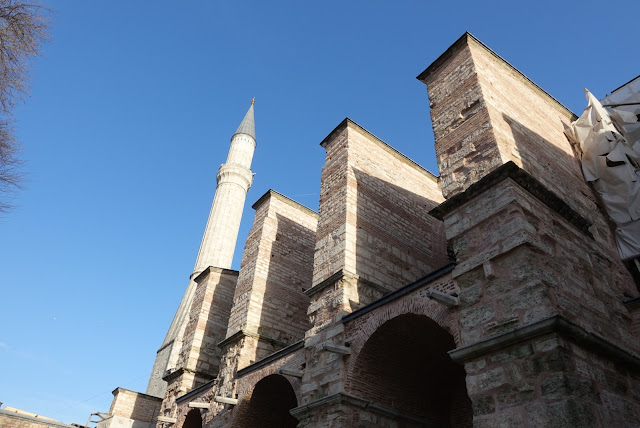 How to Go There
Hagia Sophia is located in the Old City in Istanbul - adjacent to Sultanamet Square and the Blue Mosque. It is accessible via the T1 tram line, in Gulhane stop. 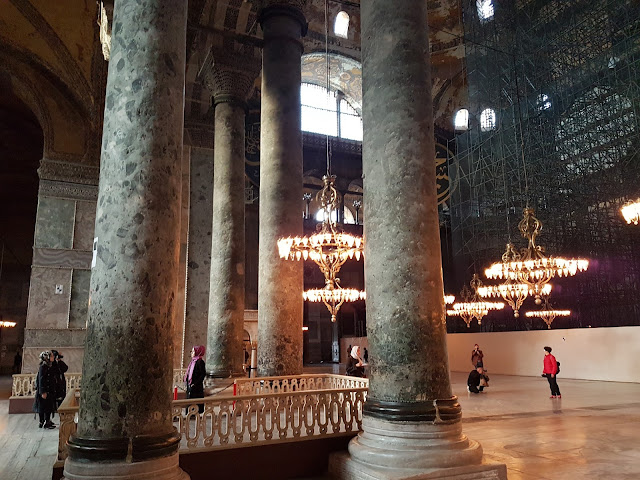 Useful Info
Entrance fee is 40 lira, but you may get an 85-lir pass thatis good for five days plus entrance to a number of museums in the city.

Be careful of the touts and scammers preying on unsuspecting tourists in the area.