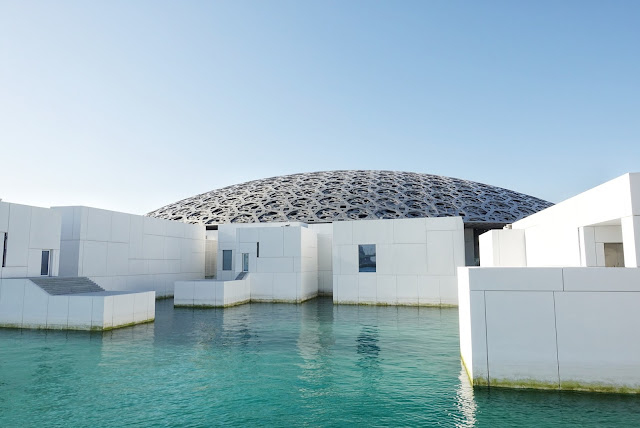 One of the museums that's on my list of must to visit within this lifetime is the Louvre. I sort of check it with (an asterisk) today when I visited the Louvre Abu Dhabi. 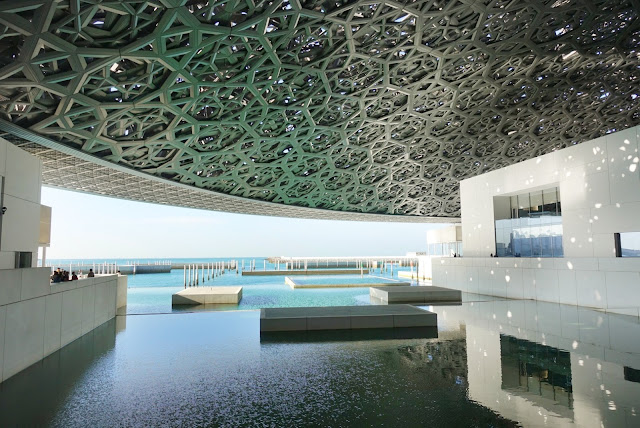 The Louvre Abu Dhabi was established in November 2017, though construction of its building started in 2009. The museum is a partnership between Abu Dhabi and the French government. 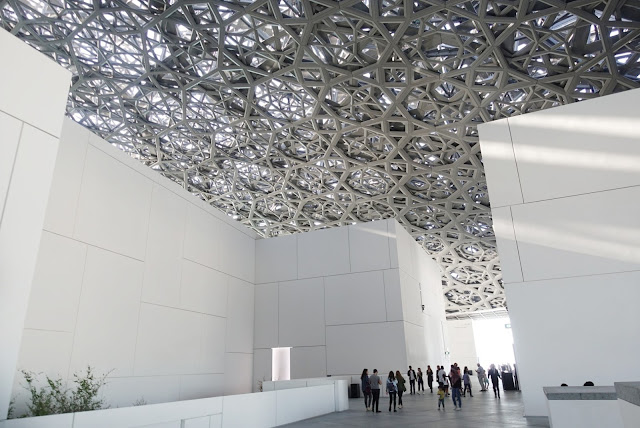 Located in the island of Saadiyat, the museum is the largest art museum in the Arabian Peninsula. I visited it on my second day in Abu Dhabi. 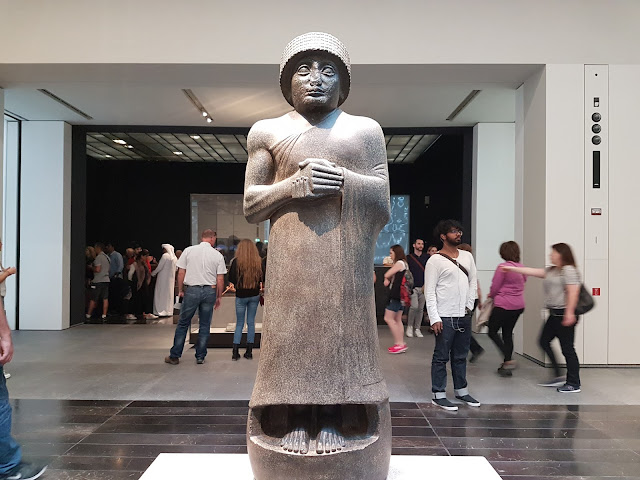 First thing that you will notice as you enter the museum complex is its architecture. Made to look like it was set in the middle of the sea, tidal pools surround the building. At the center and seems to hover around the it is the web-patterned metal dome, the pattern arising from aluminum stars that are joined and tesselated in several layers. This lets through the light from the sun, which then casts shadows like that of "palm fronds in an oasis." 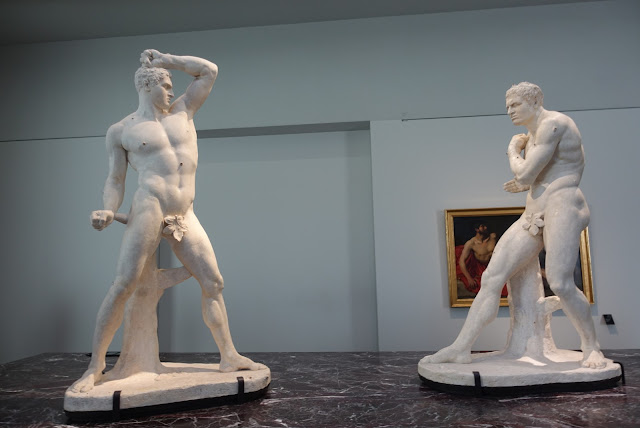 As you enter you will go through the twelve galleries of art and artifacts that are thematically grouped together, they being in the same era or in their impact to history. These galleries include themes such as "Universal Religions," 'Asian Trade Routes,' 'Cosmography,' 'A Modern World?,' and 'A Global Stage.' 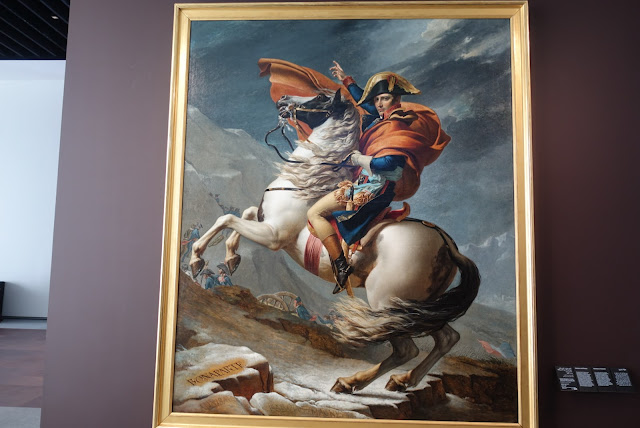 The art and artifacts on display are as varied as Egyptian mummies to Teotihuacan figurines, to reliquaries containing the fragment of the True Cross, and paintings by masters such as Gaugin, Pollock, Picasso, Miro, and da Vinci (La Belle Ferroniere). 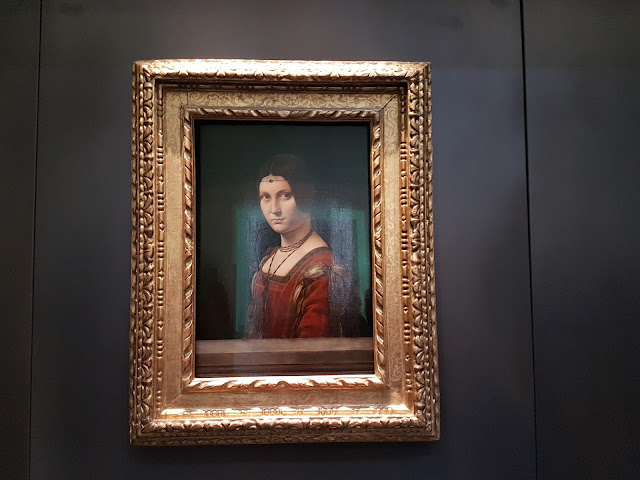 Most of the pieces there are on loan from French museums such as the Louvre, Musee d'Orsay, and Musee du quai Branly, although Abu Dhabi has been accumulating art on its own too. It was reported that the Salvator Mundi, the recently sold da Vinci painting - which was bought for $450million - will be displayed in the museum. 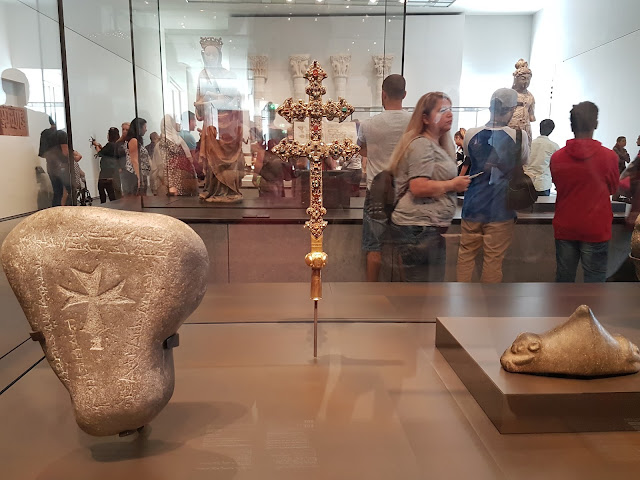 There were works there that have  significance for me. When I was in grade school my uncle gave me a world history book, and one of the illustrations in the book was that of Napoleon Bonaparte. The painting by Jacques-Louis David, Napoleon Crossing the Alps, was in one of the galleries when I visited, and I can't believe that I was able to see it in real life. Seeing that reliquary with a fragment of the True Cross is also a great find for me. Even that painting that Mr. Bean destroyed in the movie, Arrangement in Grey and Black No.1, aka Whistler's Mother, was on display. 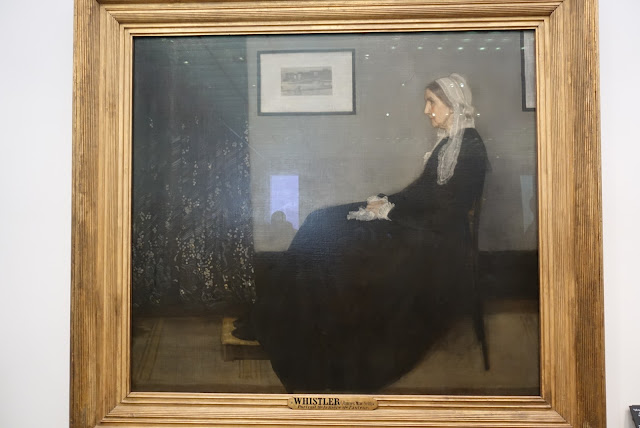 I think the museum, though controversial since its inception, made access to these priceless pieces easier for the rest of us. We no longer have to fly to Paris to see a da Vinci, but will only have to visit Abu Dhabi to see it. I sure am looking forward to seeing another da Vinci painting in the future. 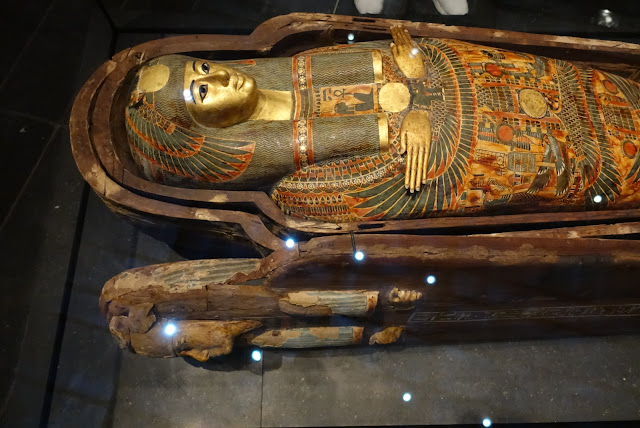 How to Get There
The Louvre Abu Dhabi is located in Saadiyat Island. It is reacheable by private vehicles, taxi, or public bus (No.94). 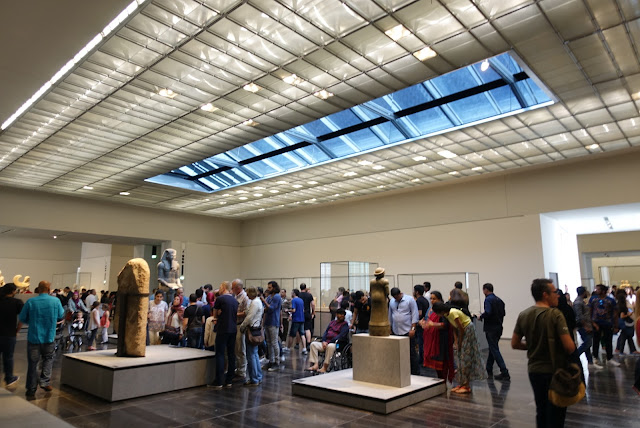 Useful Info
Entrance to the museum is 60AED (for adults) and 30AED for children and young adults up to 22yo. Tickets can be purchased at the entrance or online. 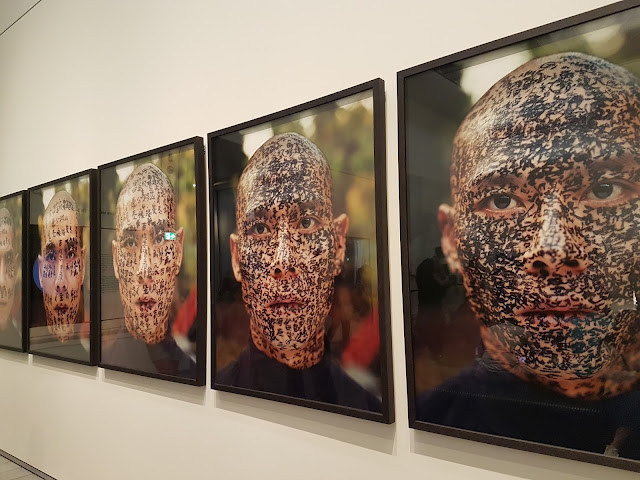 The Museum is open from 10am-8pm Saturday-Wednesday, except Mondays. It is until 10pm on Thursdays and Fridays.