Nice Things to Do in Brunei, Aside from Leaving the Country 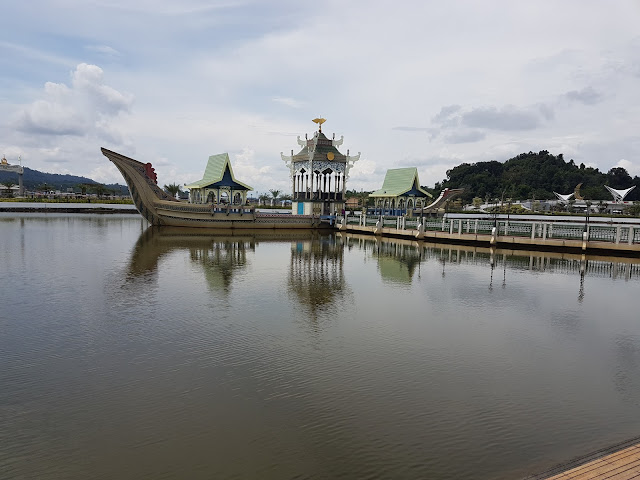 I visited Bandar Seri Begawan, the capital of the Sultanate of Brunei, last November. Brunei is located in the island of Borneo, surrounded by the Malaysian state of Sarawak. I stayed in the capital for two nights, arriving one Friday evening from a Cebu Pacific flight from Manila.

BSB, as the capital is known, is different from all the other capitals of Southeast Asia that I have visited so far. No maddening traffic, no skyscrapers and crowds, and glitzy malls. In a word, I find the capital rather dull.

Economy-wise Brunei is very rich, with the fifth highest per-capita income in the world. I learned that almost every household in the capital has a car, explaining probably why there are only about fifty taxis in the whole country (which means getting anywhere via a cab is expensive and tedious, as you cannot just hail them off the street). It is also a small country, with about 400 thousand citizens, mostly concentrated in the capital. I could imagine how empty the countryside would be.

The country is also very conservative, which means alcohol is banned from being consumed in public places like bars. You order juice or ice cream when you go out in the watering hole instead.


I am a bit pressed to come up with recommendations on what to do in Brunei or BSB, not that there's a lot of choose from, but rather from the dearth of it. I basically finished going around the major landmarks of the city in one afternoon, and I was back in my hotel by 7pm, doing nothing except cycle through the four channels in the cable. I was almost in tears due to boredom. So, without further ado, here are the nice things you can do in Brunei, aside from taking a cab to the airport and flying out of the country: 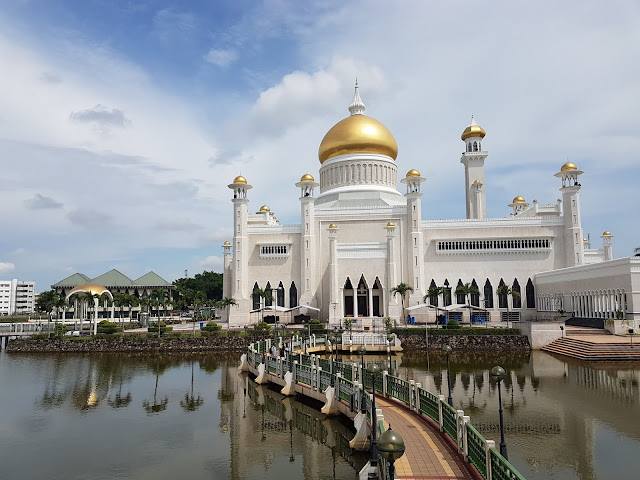 Visit the mosques
The mosques are a must when visiting Brunei, and for me, the best and iconic landmarks of the country. The sultan clearly did not spare any expense to build these magnificent places of worship. The two largest in the capital are the Omar 'Ali Saifuddien Mosque and the  Jame' Asr Hassanil Bolkiah Mosque. The former, with its golden domes and marble minarets, is considered the most beautiful mosque in Asia-Pacific. A ceremonial barge can be seen in the lagoon built adjacent to the mosque. 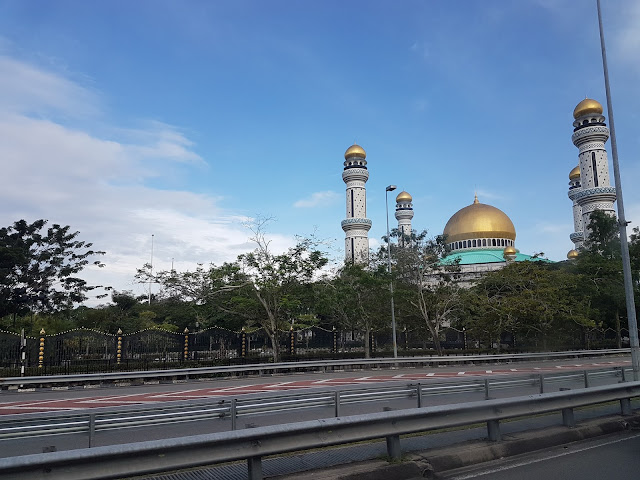 The Jame' Asr Hassanil Bolkiah mosque, on the other hand, is the largest in the country, with capacity for five thousand worshipers. It has 29 golden domes and four minarets.

Boating around Kampong Ayer
It is said that Antonio Pigafetta, who accompanied Magellan in his circumnavigation around the world, described the water village of Brunei, Kampong Ayer, as the Venice of the East (uhm, nope). The water village, home to the tenth of the population of the country, is a collection of houses, schools, stores, and restaurants, built over the river. It is also self-contained, with its own police and fire department, and facilities for water supply and sewage. You may hire a water taxi in the waterfront for a short tour around the village.

Tour the city
Touring the city basically involves the first two activities, plus some other things you can do. You may visit the downtown area, including the waterfront, where you can chill out in the cafes or restaurants facing the river. There are museums in the capital too, including the Royal Regalia Museum (I skipped this one as I don't find the sultan's old clothes as particularly interesting). There are also malls around in downtown,but nothing remarkable in them.


Istana Nurul Iman, the palace of the sultan and the one of the largest residences in the world, is only open to the public for only three days in a year, so most likely you will only see it from the river during the Kampong Ayer tour.

As I have mentioned, you can do all these activities in half a day (morning till afternoon), so you may have to find some other things to amuse yourself in the evening. Going to a bar to get a cold brewskie is out of the question.

How to Get There
Bandar Seri Begawan is served by several SEA airlines. From Manila I flew Cebu Pacific on an evening flight, but if you want the more expensive option you may flight Royal Brunei Airlines.


P.S. This article is supposed to be tongue-in-cheek, and any sarcasm, intended or otherwise, should be taken with  a grain of salt. The title of the post is inspired by a line uttered by Greg, a character in Crazy Ex-Girlfriend, in which he described West Covina, California.
Bandar Seri Begawan Brunei Southeast Asia