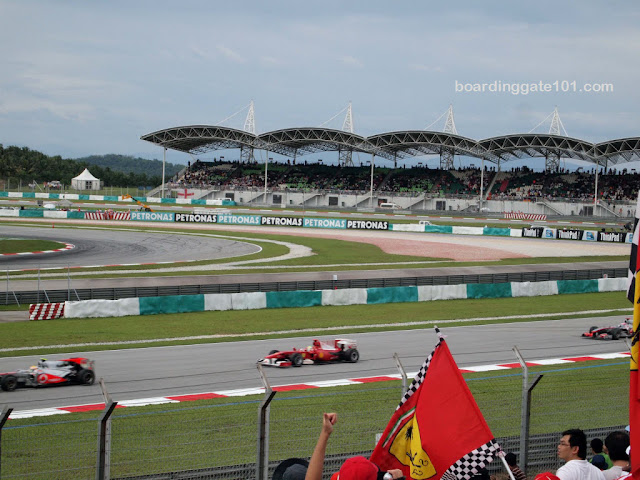 I am a fan of Formula One racing, and I watch the races on TV whenever I can. I finally had the opportunity to watch a live race, at the 2010 Petronas Malaysian Grand Prix in Sepang, Malaysia. 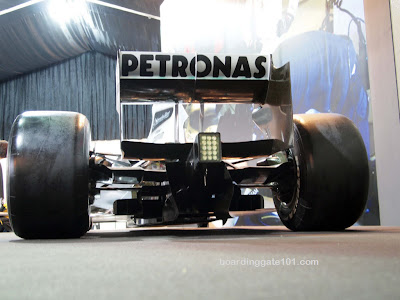 The annual event is part of the F1 calendar and is held for 3 days - the Friday and Saturday sessions are for practice and qualifying rounds, and race day is held on Sunday. I was able to watch the qualifying round, and the final. 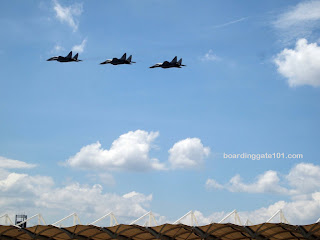 Before the race, the Royal Malaysian Air Force made flybys with their MiG-29 jets.

The race was won by Sebastian Vettel of team Red Bull, his team mate Mark Webber - who won the pole position in qualifying - was second, and German Nico Rosberg of Mercedes came in third. There were plenty of drama and excitement during the race, with some cars sustaining damage from mishaps. The atmosphere around the circuit is punctuated by the loud, whirling noise of the car engines as they revved up, and occasionally by the helicopters hovering above.

We took hillside tickets which offered us great vistas on the race, albeit there is no roof, so sunburn is one of the downside. 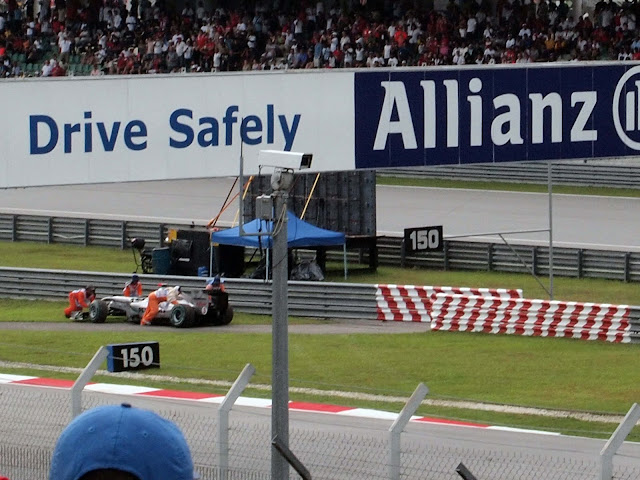 How to Get there:
Sepang Circuit is located about 10 minute drive from the KLIA Low Cost Carrier Terminal, so flying in via Cebu Pacific or AirAsia (I flew in using the latter from Singapore) is quite convenient. There are designated buses from the LCCT to Sepang that leaves every 10-15 minutes and the ride only costs 4 RM. Tickets to the race can be purchased online.