The Pleasures of 1A: Why I Always Ask for a Window Seat 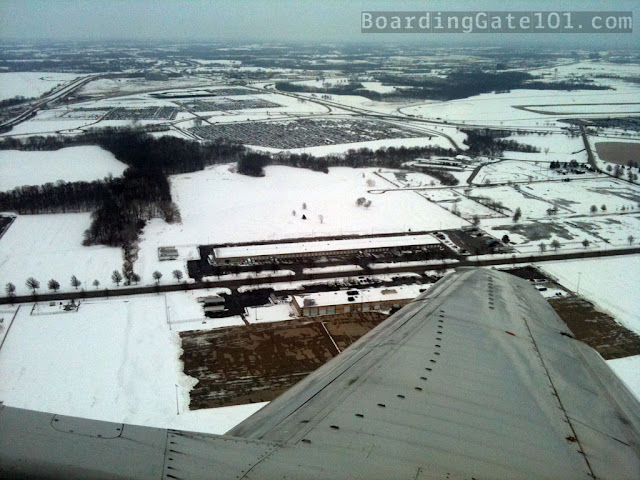 I love planes, and I love flying in one. Whether in a jumbo Boeing 747-400 or the diminutive ultralight aircraft, I always take the joy of soaring over the clouds and looking down on the vista below. I like to peer out the window and look at gossamer wisps of clouds in the horizon, or the lone island in the vast sea below, a white speck surrounded in mottled green that eventually is engulfed by the blue waters around it.

The best would be seat 1A, on the first row and always to the left of the aircraft, and the opposite, of which the letter designation depends on the type of the plane. For an Airbus A320 for example, the opposite window seat would be 1F, since it seats 3 and 3 abreast. On a 747, the business class section - which I had the luck of being bumped up to in a flight from Manila to Narita - is located towards the front of the aircraft, and may have different seat designations.

Another prime location is the window seats on the emergency exit rows, because they have larger legroom and provides a few more inches of seat pitch. Of course the view might be obstructed somewhat by the wing, and you'd have the responsibility of assisting the passengers should there be an untoward emergency evac of the aircraft. I've also tried the window seat at the rear of the aircraft, but the vibration can be too much sometimes, so it is not highly recommended.

Flying on a polar flight such as from New York JFK to Tokyo-Narita, affords one of seeing the stark, icy desolation of the Kamchatka peninsula in Siberia. Or if flying in the opposite direction, say Detroit to Nagoya, one can pass over Chugach mountains in Alaska, with icy mountains, glaciers and frozen lakes dominating the view. Even on a domestic flight you can see wintry landscapes, such as when I flew from Kansas to St, Louis during winter (first photo on top).

Flying over cityscapes is another thing I enjoy while on a window seat view. One of my most memorable is the first time I went to New York. It was early evening when my flight from Cincinatti landed in La Guardia airport, and the skyline of the city was the first one that I noticed. I was silently humming U2's City of Blinding Lights when the plane glided to the airport.

You can see a lot of beautiful landscapes when you fly locally too. If you take the 1F seat in a Cebu Pacific flight going south, you see the crater of Taal Volcano just a few minutes into the flight. And about 30 minutes before landing in Zamboanga, you'd see a unusually shaped island sitting serenely in the sea. Or you'd get up close to Mayon volcano shortly after taking off in Legazpi City.


Even around airports, whether landing, taking off, or taxiing, you can still see a lot of interesting stuff.  You'd see the criss-cross layout of Chicago Midway Airport's runways just after takeoff, for example.

And on the ground, like when my plane was taxiing in Tokyo-Narita, I saw this double-decked Singapore Airlines Airbus A380 - the largest passenger airliner in the world. With views like these, you'd never want to go back to an aisle seat anymore.
aerial views Airbus A380 Kansas Siberia Taal Volcano windowseat view