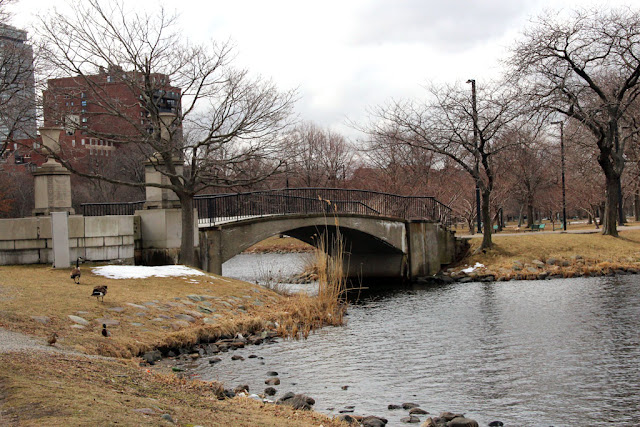 I did not spend much time in Boston as I ended up staying most on my three-day visit to Massachusetts in Cambridge, but the city had left a favorable impression on me. My journey to the city began with a four-hour bus ride from New York's Penn Station. The trip terminated in South Station, the second largest transportation center in New England. The intermodal hub, constructed in 1899, is also the largest train station in Greater Boston.

I still have a few hours to kill on my way back from Cambridge. Before proceeding to the station to catch the bus again, I decided to drop by a Boston landmark that's also accessible to public transportation. That landmark was the Charles River Esplanade. 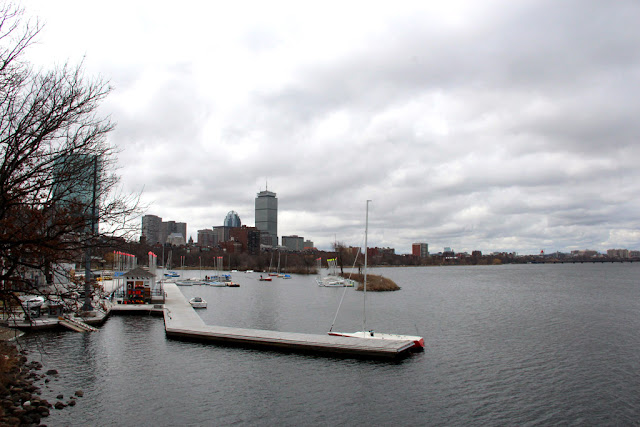 Originally known as the Boston Embankment, the 3-kilometer long esplanade is located along Charles River, which is a popular spot for rowing, kayaking and sailing, especially from the nearby Harvard University and MIT. The river was originally named Massachusetts River by John Smith (of the Pocahontas fame), but was renamed by the English king Charles I after himself after finding the original name "barbarous." [1]

Boston is connected to the nearby Cambridge by the Longfellow Bridge, which spans the river. Named after the poet Henry Wadsworth Longfellow, the steel arch bridge is about half a kilometer in length. It is known locally as the Salt-and-Pepper bridge, owing to the shape of the stone towers in its central piers.


The 64-acre esplanade itself is located in a neighborhood called Back Bay, which has numerous Victorian-era stone houses and modern skyscrapers dominating its skyline.

The weather still felt like winter when I visited the esplanade, so it was not very pleasant to walk along its path. There's still snow on the ground and the wind chill made the air colder than it actually is. I imagine the place would look very nice in spring or during autumn. There were many boats moored along the docks of Community Boating, a private non-profit company that provides sailing lessons, but nobody's sailing on them.

Aside from the bike paths and docks for the boats, the esplanade is also home to the Hatch Memorial Shell, a concert venue that hosts the Boston Pops Orchestra. It was also the venue of a Greenday concert that resulted in a riot. 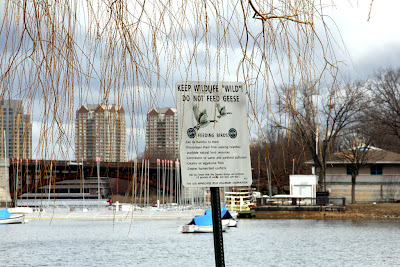 I spent the rest of my free time walking along the esplanade's paths, resting periodically in the benches that dotted the park, and by watching the wild geese, some floating in groups in the river and others feeding in the riverbank. Then I went back to South Station to catch my bus back to the Big Apple.