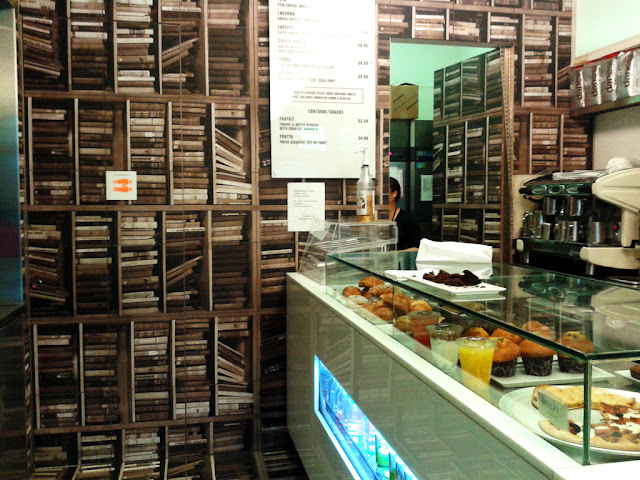 I first heard about this cafe from the Facebook posts of my friends +Rach Limjoco  and +Nyel O'yek. A picture of the cafe, which later I found out to be named D'Espresso, went viral for its unusual appearance. Books on shelves seem to line its walls, floor and ceiling, making it look like a library, with the shelves tilted sideways. The spherical glass lights were set horizontally against the wall, instead of being hanged from the ceiling, and opposite wall was made to look like a herringbone-patterned floor.

It piqued my interest and I was happy to discover that it is just located in midtown Manhattan, in New York, which is one of my destinations on my trip to the US. 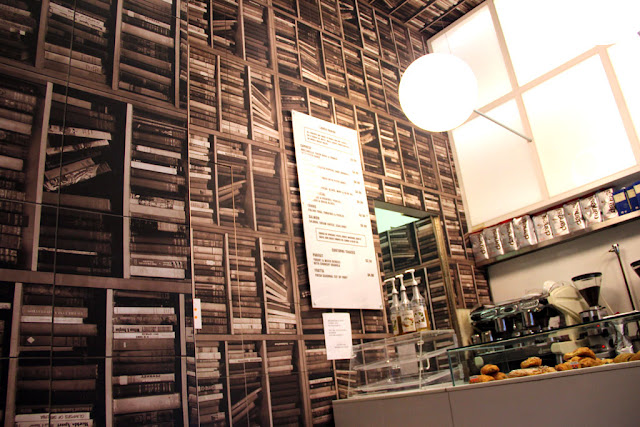 The coffeeshop was smaller that I imagined to be when I entered it. In fact, it has only 39 square meters of space, just enough for a long couch - set again a wall - and five, tiny white round tables for the patrons. Opposite it is where the barista does her stuff, as well as space to display the pastries, gelato and bottled drinks. 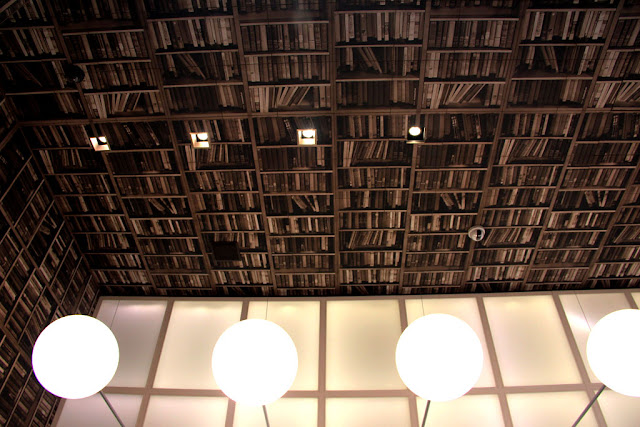 I came in feeling a bit chilly and hungry. I arrived in New York just a few hours before and I was walking along 42nd Street looking for a place to get my caffeine fix, take a bit of rest and get warm. D'Espresso seemed to be the perfect place to do that.

I ordered a latte and a chocolate croissant, then found a corner where I can enjoy it. There weren't a lot of people inside so I was able to enjoy the coffee and the pastry in relative peace, although I was a bit annoyed by the bored-and-rude barista. Maybe she was just having a bad day but I did not leave a tip when I left. 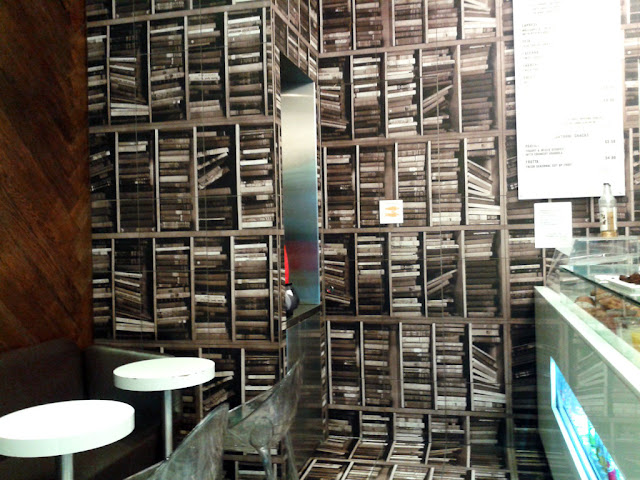 How to Get There
D'Espresso is located in the corner between Madison Avenue and East 42nd Street. It is a block away from the New York Public Library, and Grand Central Terminal.