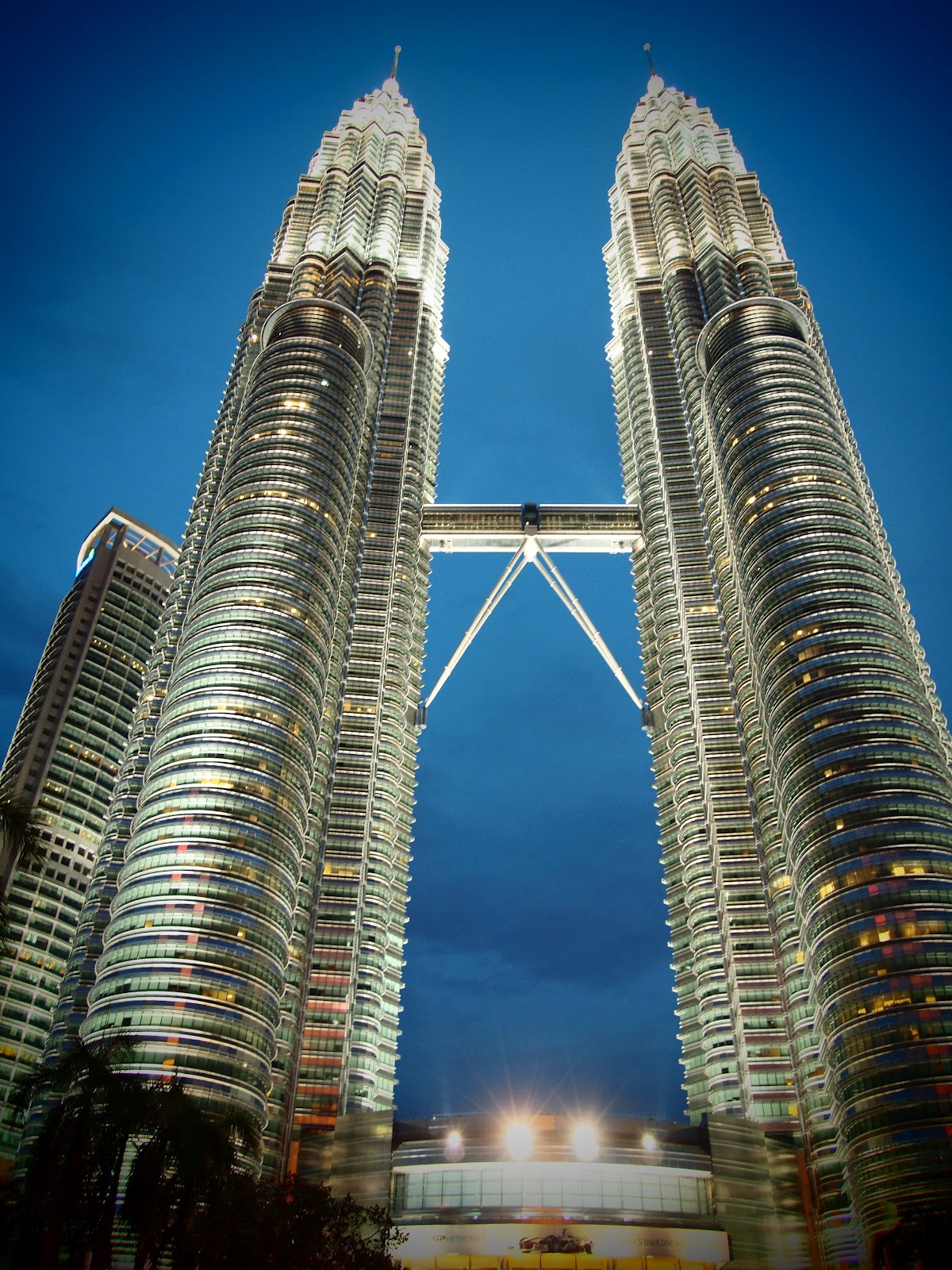 For this week's In Pictures we travel to Kuala Lumpur, the capital of Malaysia. I have traveled to KL thrice, first in 2009, then a year later when I went to watch a Formula One race in Sepang, and last year, as a secondary destination during a trip to Langkawi.

Kuala Lumpur is a cosmopolitan city, although the people, majority of whom are Muslims, are on the conservative side. It's a safe city to visit, with an efficient public transportation, which includes a monorail and a very fast train service to and from the airport.

If you like skyscrapers, like I do, then you'd Kuala Lumpur. Two of the cities iconic structures are hard to miss: the 452meter tall Petronas Twin Towers, which was once the world's tallest building (now 7th), and Menara Kuala Lumpur, the 421-meter communications tower and the fifth tallest in the world.

Being on the observation decks of Petronas and Menara (I've been to both) is a great way to get a vista of the city. From that vantage point you'd be able to see the city's skyline, and observe a great number of modern architecture, and unique structures, like the geometrical roof of the KLCC Mall, which sits at the base of the twin towers .


Modern architecture is not just the only thing that I appreciated about KL. During my first visit I hopped on the metro with a friend to explore the old Kuala Lumpur and Klang valley: Brickfields, known as Little India due to the concentration of Indian immigrants, Chinatown, and the historical part of the city, including Merdeka Square and the Sultan Abdul Samad building.

Brickfields is also the location of KL Sentral, where the city's main rail station is found. This is also where KL Ekpres, the monorail, and the buses that serve the airport terminate.

Merdeka Square, which used to be a cricket field, is significant historically to Malaysia, as independence was first declared here in 1957, and British flag lowered to give way to the new state's (merdeka means independence in Malay). Today the square serves as the venue for the annual National Day parade, which commemorates that fateful day. A very tall flagpole, 95 meters in height and one of the tallest in the world, rises over the square.


Adjacent to Merdeka Square is the Sultan Abdul Samad building. Inspired by Moghul architecture, the building was built by the British in 1897 to house government offices. The building has a 40-meter clock tower and is topped by a copper dome. Going around the building will bring you to a bridge that crosses the Klang river, and going further, Chinatown.

After a day of exploration I like to chill out in Bukit Bintang, the shopping district of the city. I think it is its most cosmopolitan area, especially the Bintang Walk, the intersection of two roads, Jalan Bukit Bintang and Jalan Sultan Ismail. There are lots of shops, restaurants and bars here where you can order a cold one and rest your backpacker feet.